What the Islamic State jihadists don’t want you to know

Islamic State militants are notorious for their brutality, ability to take over towns in Iraq and luring foreigners to their cause. But they are not the tidy, cohesive force that they appear to be.

Even al-Qaida has renounced them

The militant group, which now calls itself the Islamic State, has always used the tactic of public decapitations to terrorize populations and recruit followers with their show of force, said Humera Khan, executive director of Muflehun, a think tank that specializes in countering violent extremism.

But their tactics, which they claim advance their cause of forming an Islamic state, or caliphate, actually run counter to the mission of other Islamic extremist groups and has led to infighting.

Last year, al-Qaida released a document called “General Guidelines for Jihad” as a sort of best practices for achieving its goals. It says don’t attack minorities or do indiscriminate killing. If you accidentally kill civilians, you have to apologize. Make sure local people lead the group within their country; for example, al-Qaida in Syria is led by Syrians.

For the most part, al-Qaida and its affiliates have been following these guidelines, but the Islamic State group has not, said Khan. Their level of brutality against civilians and minority groups has caused al-Qaida to distance itself from the fighters.

Al-Qaida has outlined seven different phases for a caliphate and said now is not the right time for it, said Khan. But the Islamic State group still forged ahead, saying they are the ones achieving what al-Qaida never could.

“Al-Qaida has got patience. They have a strategy and they’re willing to take the time for it to play out,” said Khan. But the Islamic State militants are into instant gratification, she said, and have taken to taunting al-Qaida, saying they’ve gone soft.

This rift has led other al-Qaida-linked groups, such as al-Nusra in Syria, to reject the Islamic State militants and actively fight them in Syria.

From the perspective of the opposition, Khan said, the Islamic State militants might be saying they’re trying to free the Syrian people from repressive regime of President Bashar al-Assad, but they’re actually helping Assad. 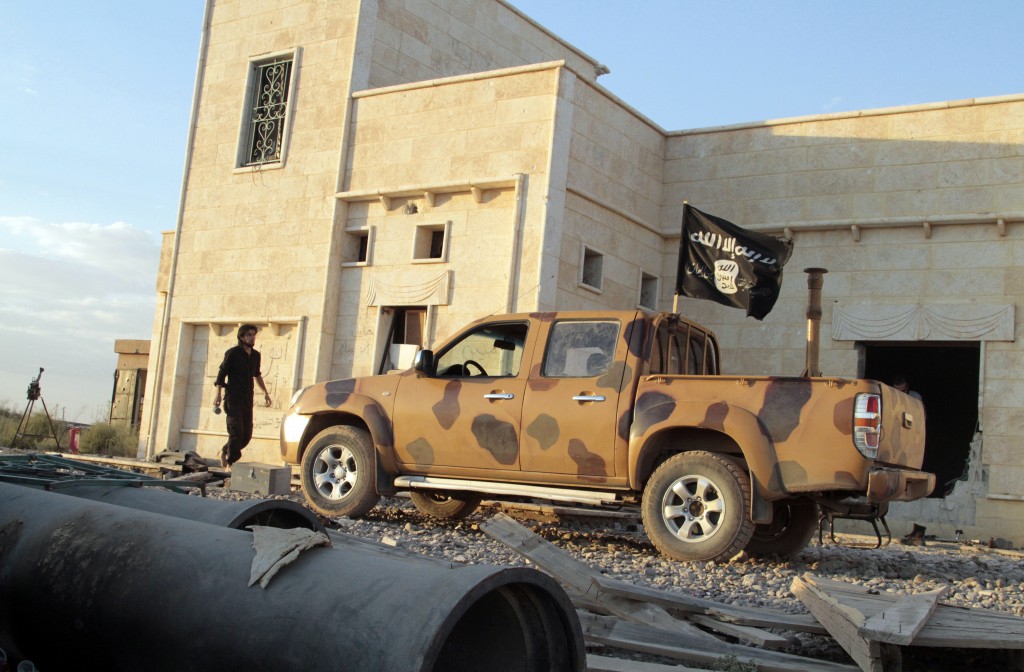 An opposition fighter walks near a vehicle flying a black Jihadist flag in the northern rebel-held Syrian city of Raqqa on Oct. 6, 2013. Photo by Mohammed Abdul Aziz/AFP/Getty Images

They’re not picky about who joins them

The Islamic State militants have a lower threshold for people to join them than al-Qaida does, said Khan. New recruits know they won’t need to speak Arabic, and if they do choose to fight with the motley international group, they’ll likely meet someone else from their home country, she said.

Often it’s the foreign fighters, such as from the United States or Europe, who are more willing to commit suicide attacks in Syria and Iraq than the people who come from those countries, said Khan. Either way, the Islamic State members will find something for the new recruits to do, whether it’s spreading their message or helping train others.

They do use women for their cause

The Islamic State militants have said they don’t use women in combat roles, but they do delegate them as police to enforce morality rules.

Partly, it reflects social norms in the area that the women don’t fight and instead help out with education and training, said Khan. The jihadists also have a reputation for kidnapping women and girls as sex slaves, in addition to other crimes reported by witnesses.

On the home front, the militants have wives and families, who mostly stay in their strongholds in Syria while the men are fighting in Iraq. While the men are gone, the women group together in the community.

“They’re trying to set it up as a regular town with working hospitals, marketplaces — people living their lives,” said Khan.

The U.S.-Arab airstrikes in Syria have disrupted that way of life, but the full impact will be revealed only after the dust settles, she said.

Left: A man tries to carry his disabled relative across the Syrian border into Turkey on Sept. 19. They were fleeing clashes between Islamic State militants and other opposition forces in Raqqa, Syria. Photo by Orhan Cicek/Anadolu Agency/Getty Images