Japan Flips the ‘Off’ Switch on Its Last Nuclear Reactor 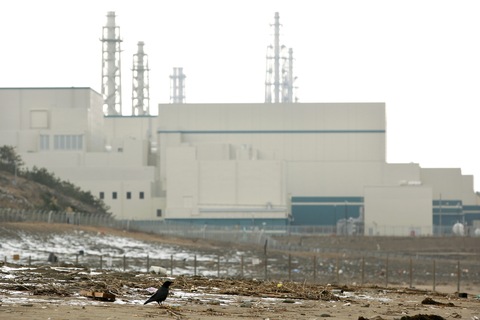 More than a year after an earthquake and tsunami battered Japan’s northeastern coast and damaged its nuclear power stations, the country plans to shut down its last civilian reactor this weekend.

We asked Sheila Smith, a senior fellow for Japan studies at the Council on Foreign Relations, about the significance of this latest development and how the nation will handle its future energy needs.

How did this come about?

The Japanese government reviewed the safety standards and the preventative mechanisms that would affect nuclear power plants in case of similar disasters but has been unable as of yet to persuade the Japanese people that the nuclear plants are safe. The Japanese nuclear power plants regularly shut down every 13 months for servicing. After the accident last year, every plant that has been shut down has not restarted, mostly because of local concerns that the government can’t provide them real assurances that they will be safe in case of natural disaster.

So today you’re going to see the last of Japanese nuclear reactors shut down and a national government very strenuously trying to figure out how to persuade the localities that house their nuclear reactors to have confidence in their safety and to allow for the restart of those reactors. 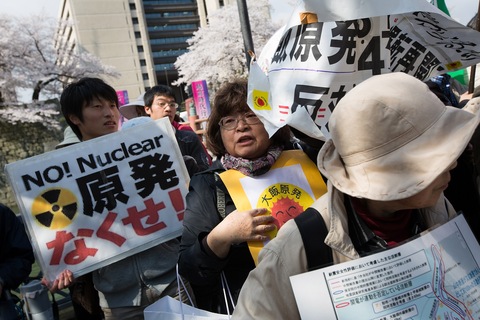 So they do want to continue using nuclear energy someday?

They do. Before the disasters struck, Japan had a basic energy plan that was crafted in 2010 that was projecting forward to 2030 to allow for up to 50 percent of Japan’s energy supply to be provided by nuclear energy. That was an ambitious goal, but Japan is very dependent on external sources of raw materials and energy — oil and gas — and it wanted stronger self-reliance. It’s committed to carbon-free and reduced-carbon footprint, so this was seen as a safe and environmentally friendly way of expanding Japan’s ability to provide its own energy going forward.

Clearly, the 2011 disasters have confounded that plan. The public today is deeply ambivalent about nuclear energy and has gotten even more ambivalent since March 11 based on the government’s inability to provide standards of safety and assurances that these nuclear reactors are going to be able to operate safely. So I think there’s a political crisis in addition to an energy crisis that is afflicting Japanese energy policymaking at the moment. 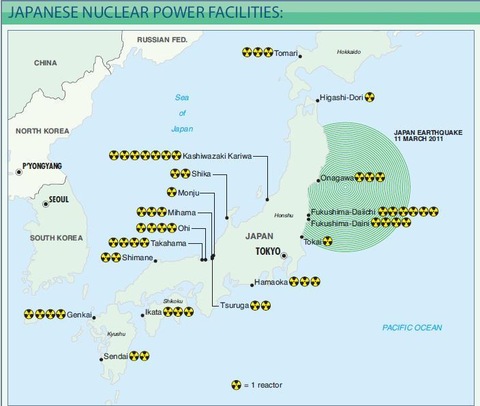 Map of Japan’s nuclear plants by Global Sherpa. Click on the map for larger version.

What types of energy will they use instead?

Japan has been importing additional sources of oil and gas. The cost of those purchases has led Japan to spend more and to run a current account deficit for the first time in decades. It’s also invested heavily, and going forward will make more investments, on renewables: wind and solar. It has created incentives in corporate and household conservation, so you’ll see Japan moving in a direction of diversifying sources of energy. But in the short-term, Japan is going to confront some pretty serious energy shortages.

How will it impact people’s daily lives?

If you go to Japan today, you’ll see at the household and corporate level lights are dimmed. There’s fairly extreme conservation in office buildings in the government and private sector. People have really rallied in the wake of the disasters to find ways to reduce energy and simplify their lives somewhat. Households have invested more and more in solar panels, for example. So you see an assertive effort by Japanese citizens themselves to reduce their energy footprint.

But everyone is worried about this summer and the shortages in electricity supply when it’s hot and air conditioners are used. Japanese households are going to have to pay more for their energy but also use less of it.

How will this affect global energy supply?

There are new opportunities for the United States to help support Japan in expanding its energy supply. The Japanese are looking to the U.S. to help with liquefied natural gas in particular. We have capacities, and commercially it could be a viable opportunity for both sides.

As we look forward, there will be a bigger effort to try and figure out how to stabilize global energy supply, and in the Middle East, we know that that’s not always an easy task. But I think Japan will be heavily dependent on a carefully managed diplomacy around the supply of energy for some years to come.

In March, the NewsHour’s science correspondent Miles O’Brien reported on Japan’s recovery a year after the earthquake and tsunami:

In another report, he focused on the fallout from the damaged Fukushima nuclear plant and how it led people to test for radiation in their groceries on their own: