‘I am Kenji’ Facebook page rallies around Japanese hostage

Updated Feb. 2 | On Saturday, the Islamic State group released a video showing the apparent execution of Japanese journalist Kenji Goto. Japan’s Prime Minister Shinzo Abe  said on Sunday, “We will not forgive terrorists, and we will work alongside the international community to make them pay for their sins.”

A hastily constructed Facebook page, titled “I am Kenji,” calls for Islamic State militants to free Japanese journalist Kenji Goto. His captors gave a deadline of sundown Thursday to work out a prisoner swap for a female attempted suicide bomber.

In exchange for Goto and a captured Jordanian pilot, the militants are demanding the release of Sajida al-Rishawi, an al-Qaida recruit who attempted to detonate a belt of explosives in a hotel in the Jordanian capital Amman on Nov. 9, 2005. Her husband’s bomb detonated, but hers did not. She was arrested four days later in a safe house.

Before agreeing to the exchange, Jordanian officials are seeking proof that the Jordanian pilot, Lt. Muath al-Kaseasbeh, is still alive. The Thursday deadline passed without any word of the fate of the two hostages.

A second Japanese hostage, Haruna Yukawa, purportedly was executed by the militant group.

Goto’s wife Rinko said in a statement that she has been “working tirelessly behind the scenes for his release” since his capture in Syria on Oct. 25. He had traveled to Syria to report on the plight of the residents during the ongoing war.

“My husband and I have two very young daughters … I want them both to grow up knowing their father,” she said.

In the statement, she said the group holding Goto communicated with her via email and she engaged in an email exchange trying to save his life. 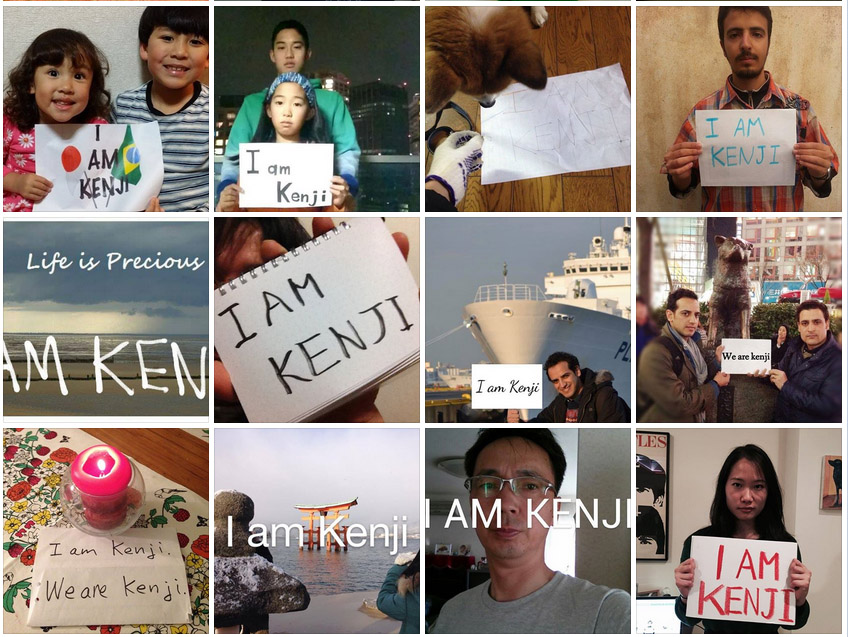 Meanwhile, several of Goto’s friends in New York started the “I am Kenji” Facebook page to show that “this is a man who has friends and is loved and respected by everyone, not just the people of Japan but by the world,” said independent producer Taku Nishimae, who has known Goto since 2002 and worked with him in several crisis situations, including Louisiana after Hurricane Katrina and Haiti after the 2010 earthquake.

Nishimae said in a telephone interview that he was pleasantly surprised to see the outpouring of “likes” on the page, which now total almost 40,000, and numerous images people have posted from all over the world holding signs that say “I am Kenji.”

Nishimae said he once jokingly asked Goto why he traveled to such risky locations, and Goto responded: “It’s a calling.”

Especially in Syria, where government and rebel forces are locked in a fierce fight, “he knows that under those bombings are children. That’s the story he’s been telling. That’s him,” Nishimae said.

Left: Japanese journalist Kenji Goto works in the field. A Facebook page was constructed calling for the release of Goto, who is held in captivity by Islamic State militants. Photo courtesy of "I am Kenji" Facebook page