A group of aid workers from a dozen different countries were discussing sustainable agriculture when Saturday’s massive earthquake shook Nepal. Kushal Neogy of Catholic Relief Services was there.

“We were having a conference in a hall, which started shaking,” he said by phone from Nepal’s capital Kathmandu. There was a loud rattling sound. “Everything on the table started shaking, and the power went off. Everyone started screaming and running, and we tried to calm people down.” 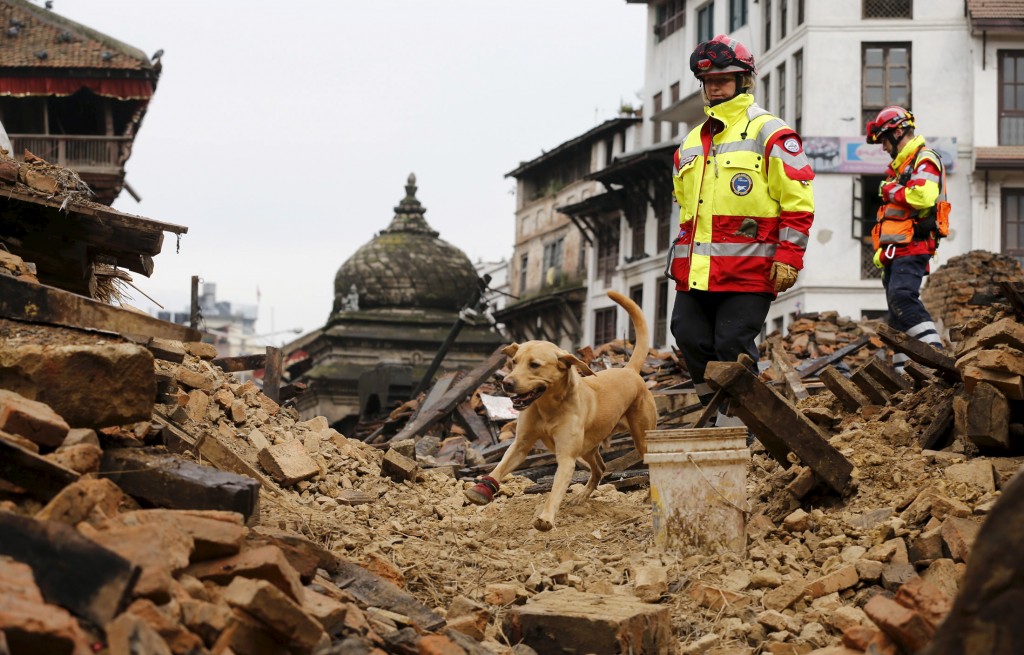 A rescue dog belonging to the group International Search and Rescue of Germany searches the rubble following Saturday’s earthquake. Photo by Wolfgang Rattay/Reuters

The destruction, which Neogy described as “nature’s fury,” was profound and widespread. “We saw some buildings collapse, which had improper construction.”

The 7.8-magnitude earthquake hit central Nepal, killing at least 4,000 people. Strong tremors kept coming that night and the next day, some of which measured 6.6 and 6.7 in magnitude, according to the U.S. Geological Survey. 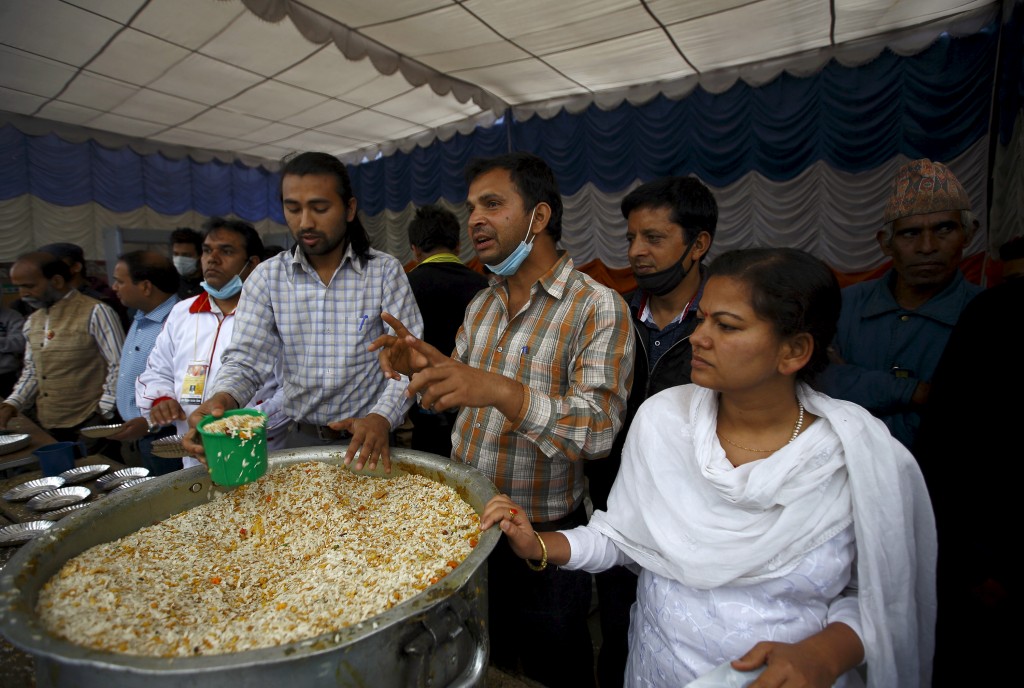 Volunteers distribute food to earthquake victims near a makeshift shelter in Kathmandu, Nepal, on Tuesday. Photo by Navesh Chitrakar/Nepal

Feeding people who didn’t wish to go back inside to their kitchens, nor were they advised to, was a tall task, said Neogy. They brought gas and cooking supplies out into the open for meals. People had to sleep outside, under tarps, but it was cold — about 50 degrees — and the heavy rains made the ground difficult for sleeping. “People will have difficulty sleeping again tonight,” he said.

Nepal has only one airport that can accommodate large aircraft, and people from other countries who were staying in Nepal were anxious to leave. Special flights are operating to fly people home, which are holding up the incoming cargo planes with relief supplies, said Neogy. “It’s a poor country and the government is doing its best,” and that’s where groups such as CRS, which is working with Caritas Nepal, can lend a hand, he said. 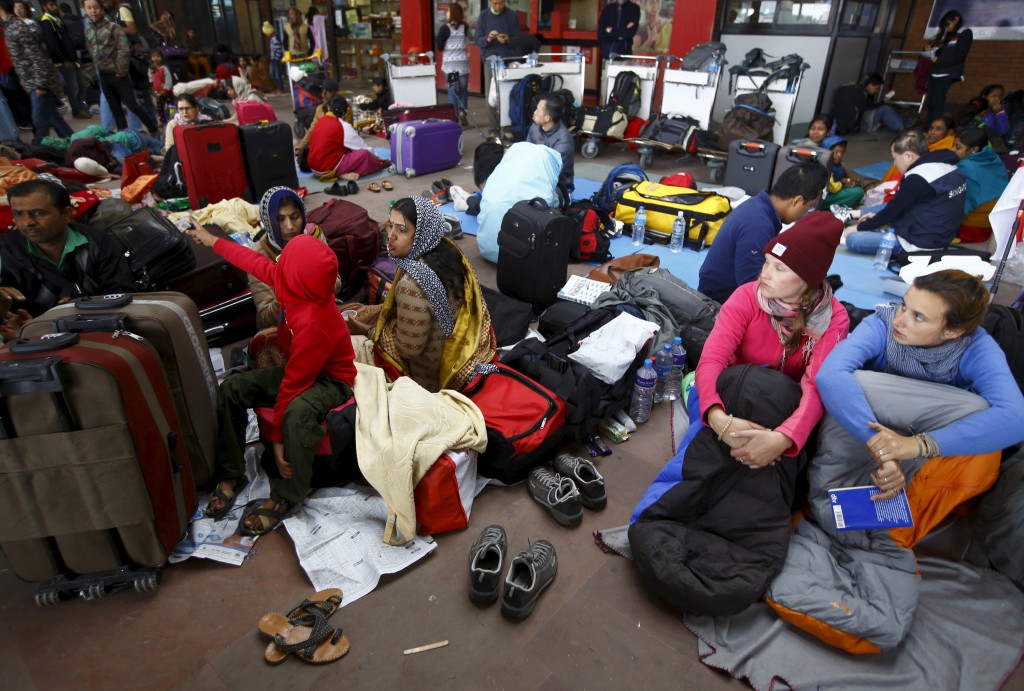 Tourists wait to board their flights at Tribhuvan International Airport on Tuesday after an earthquake in Kathmandu, Nepal. Photo by Navesh Chitrakar/Reuters

Tens of thousands of survivors are in need of food, water and medicine. Because of the clogged airport, the aid organizations are trying to use local supplies or truck them in from India, about a 12-to-16-hour drive from the nearest border, on earthquake-damaged roads. “It will take time. It is a challenge but that’s why we’re here,” he added.

Left: A man walks along the makeshift shelters in Kathmandu, Nepal, during a rainfall following Saturday's deadly earthquake. Photo by Navesh Chitrakar/Reuters