How to help the victims of Nepal’s earthquake disaster

On Monday, the devastation from the 7.8-magnitude earthquake that struck the heart of Nepal on Saturday was not yet fully known. The death toll surpassed 4,000 without accounting for the mountain villages where rescue workers still struggled to go.

Thousands of survivors were sleeping outdoors and in need of shelter, food, fuel and medicine. Lingering tremors and traffic jams in and around the capital Kathmandu made distribution of relief supplies difficult. 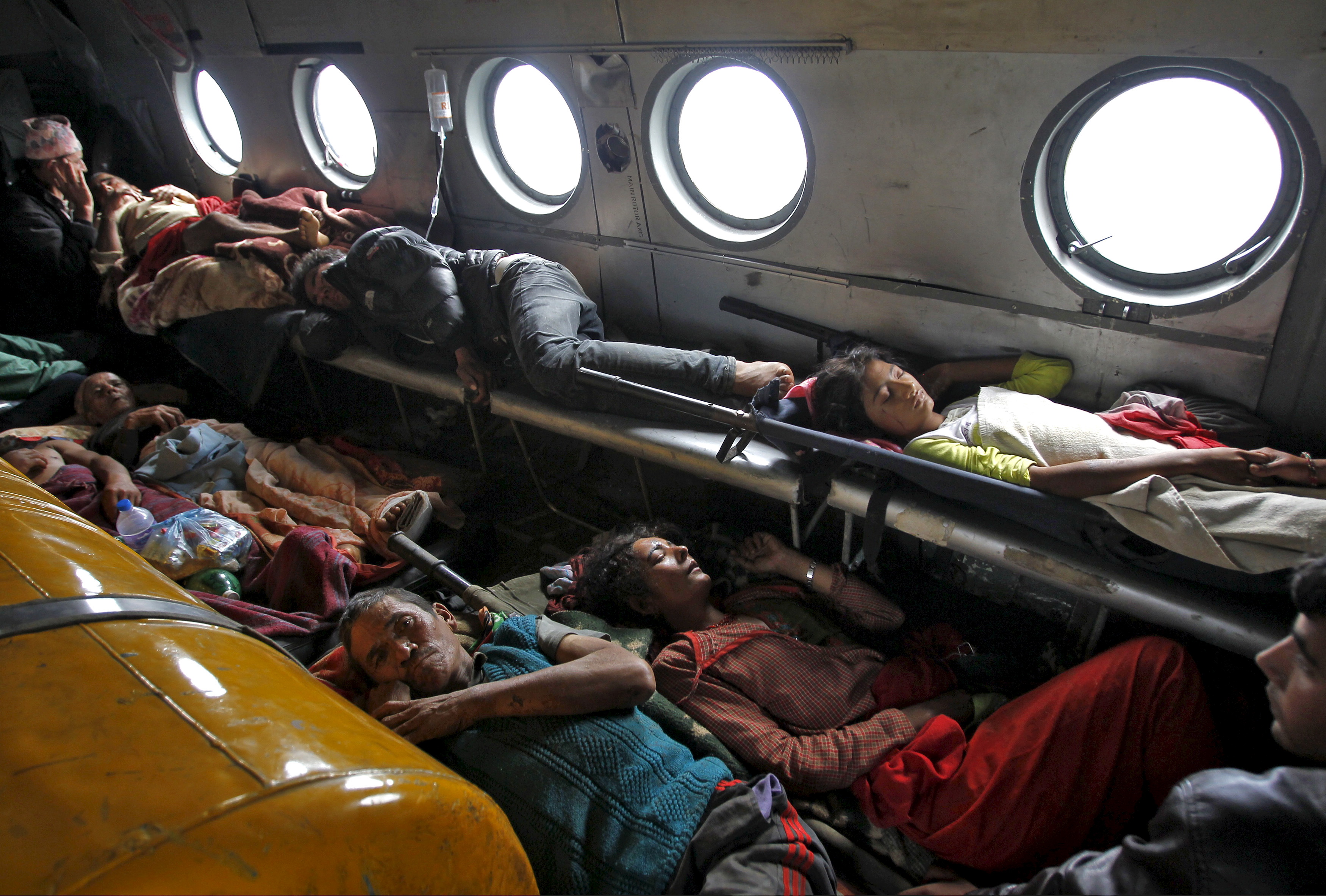 Those injured from Saturday’s earthquake lie inside an Indian Air Force helicopter as they are evacuated from Trishuli Bazar to the airport in Kathmandu, Nepal on Monday. Photo by Jitendra Prakash/Reuters

To learn more about what some relief organizations are doing and how individuals can help, click on the following links: 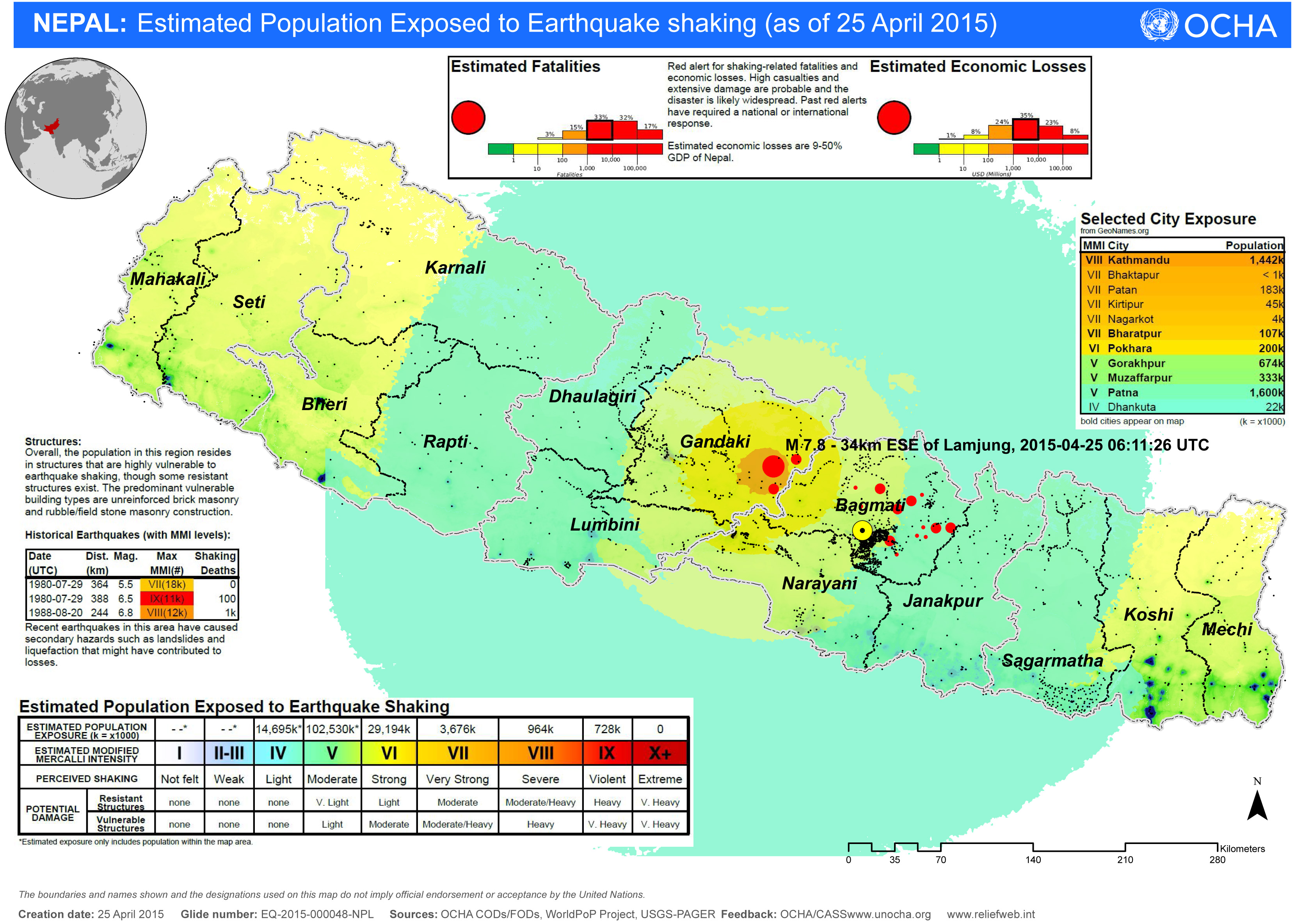 A map shows the estimated population of Nepal still exposed to aftershocks following the April 25, 2015, earthquake. Map by the U.N. Office for the Coordination of Humanitarian Affairs 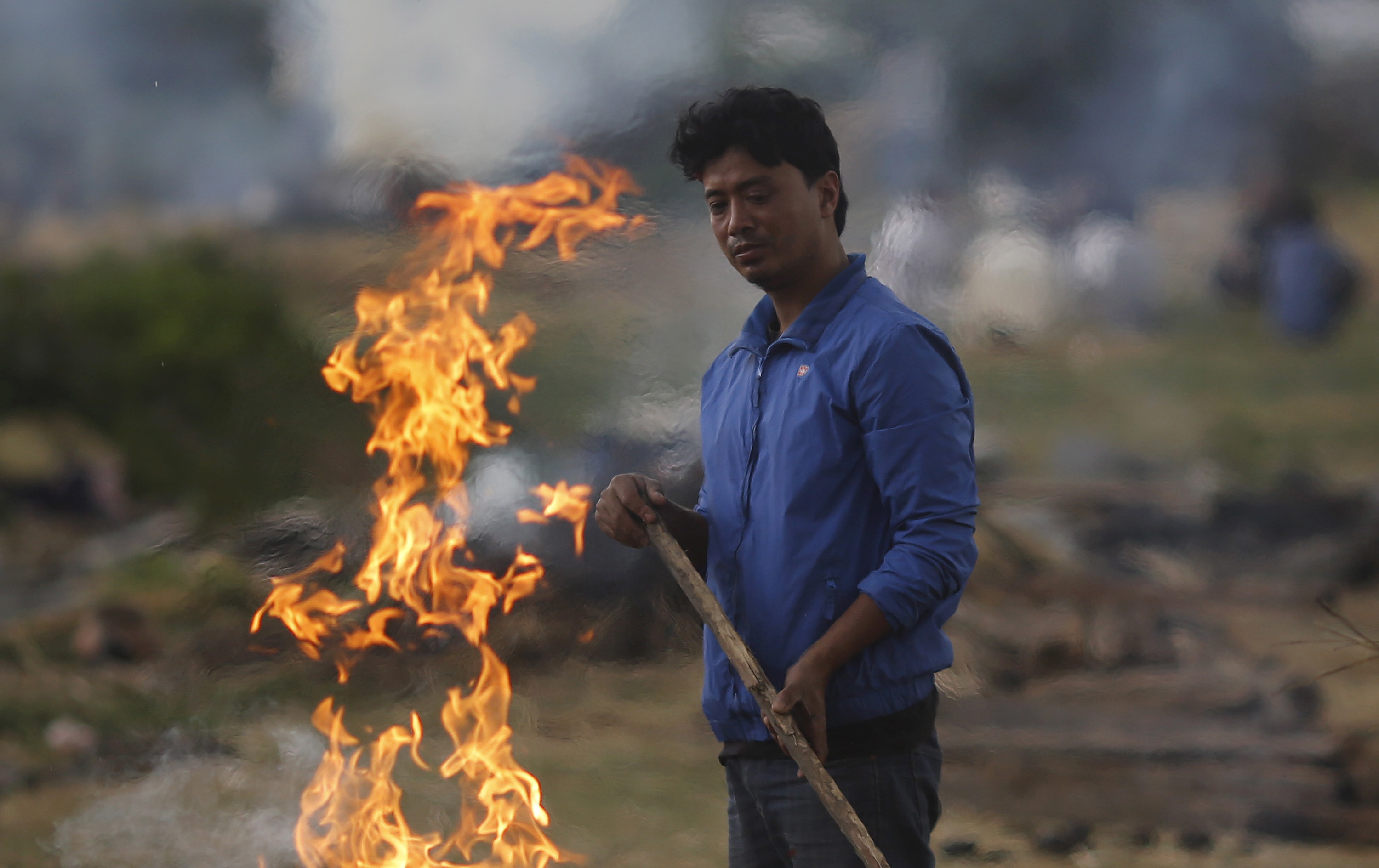 A man stands next to the burning pyre of a family member at a cremation ground after Saturday’s earthquake in Bhaktapur, Nepal on Monday. Photo by Adnan Abidi/Reuters 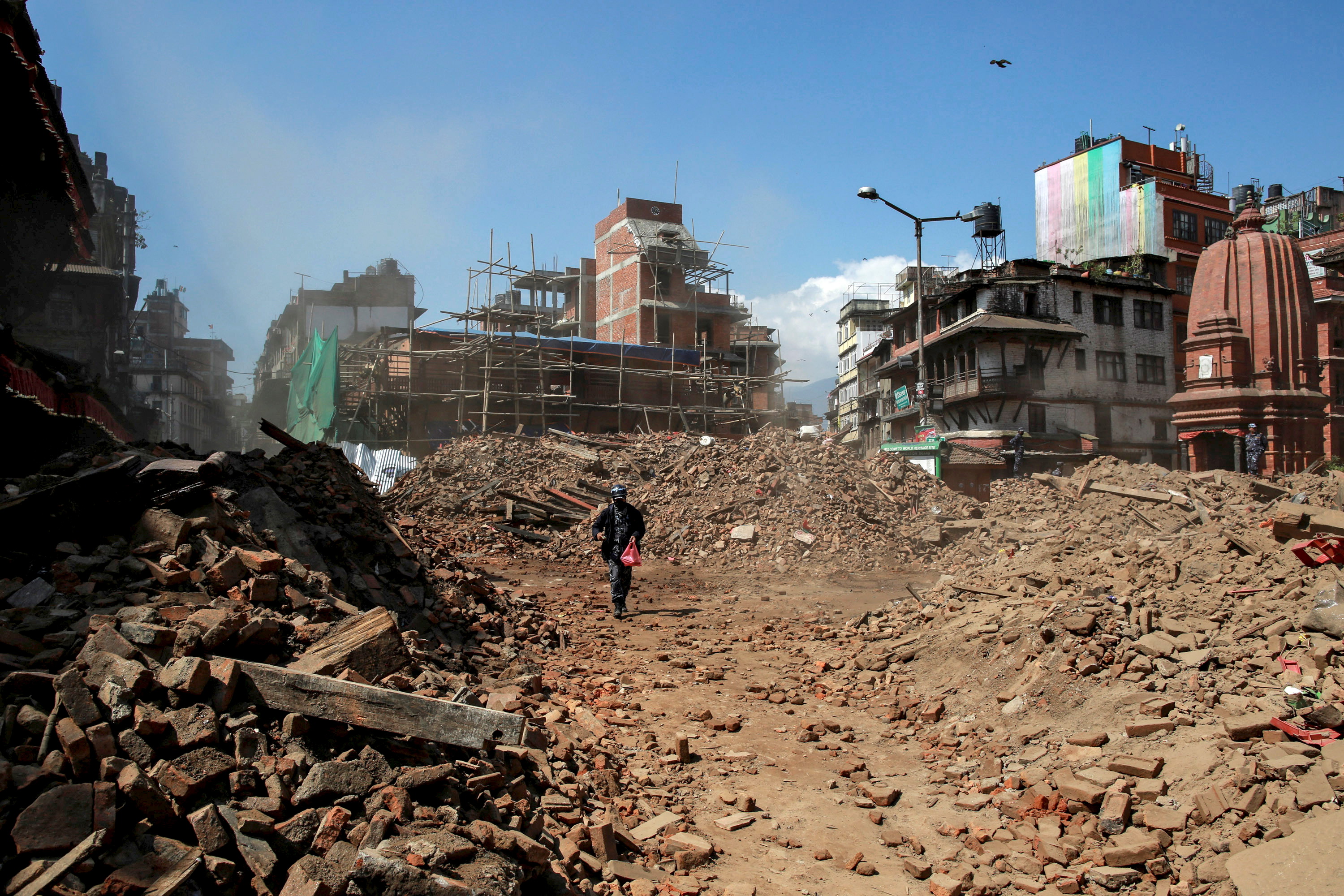 A Nepalese policeman walks through the rubble of collapsed buildings in the aftermath of Saturday’s earthquake in Kathmandu, Nepal, on Monday. Photo by Danish Siddiqui/Reuters 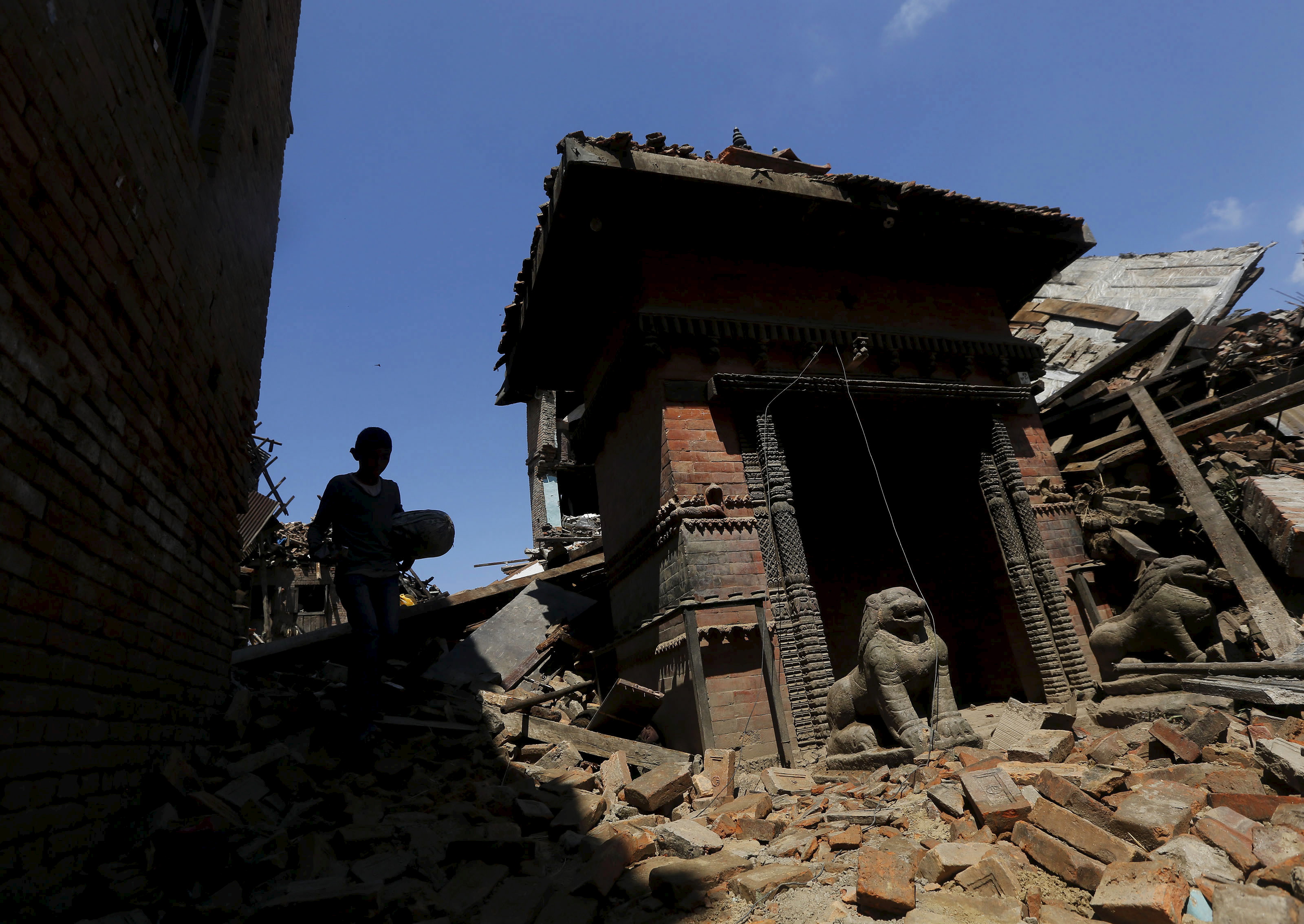 A boy walks past a damaged temple after Saturday’s earthquake in Bhaktapur, Nepal on Monday. Photo by Adnan Abidi/Reuters 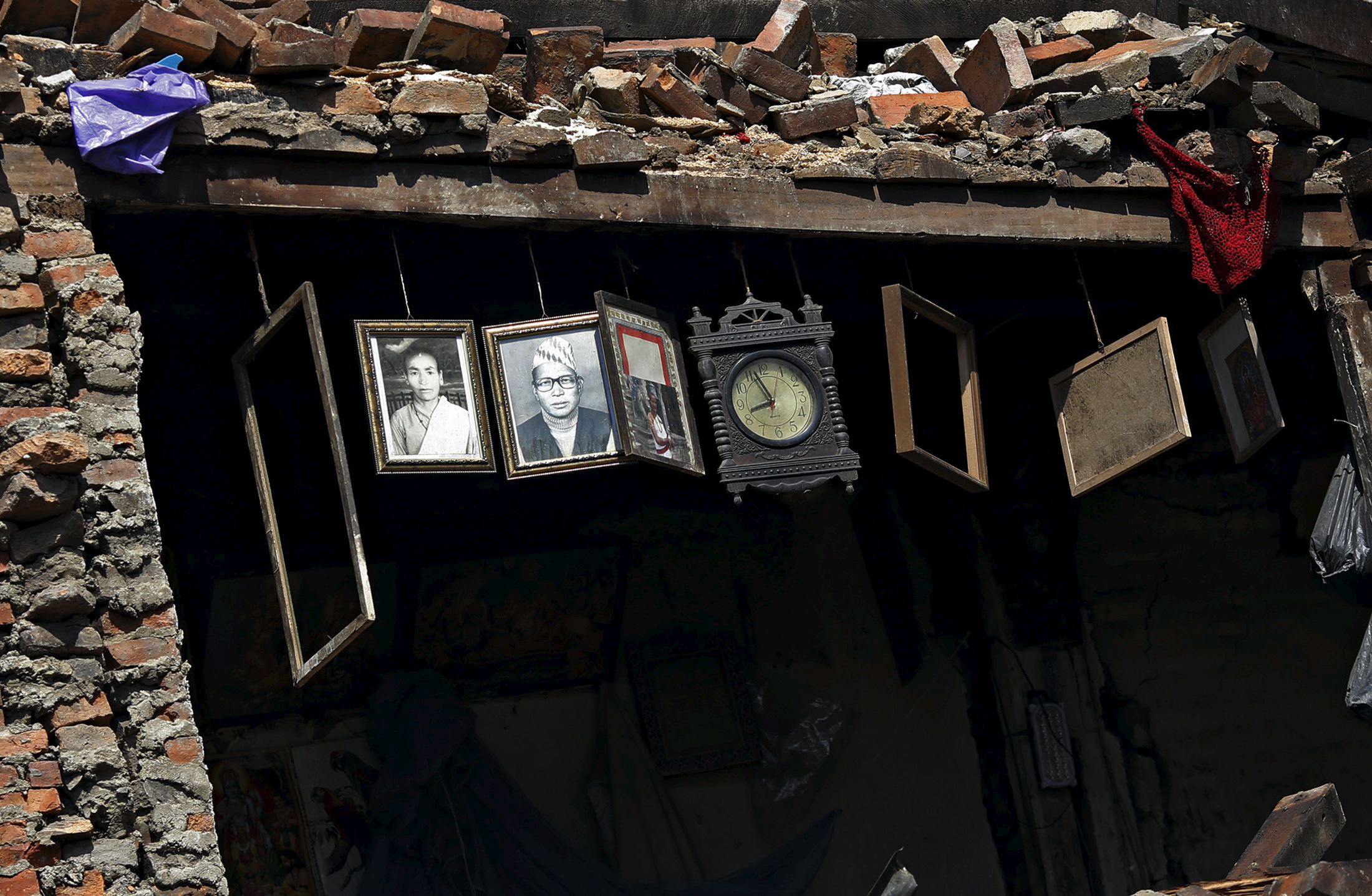 Framed photographs and a clock are seen hanging inside a damaged house after Saturday’s earthquake in Bhaktapur, Nepal, on Monday. Photo by Adnan Abidi/Reuters 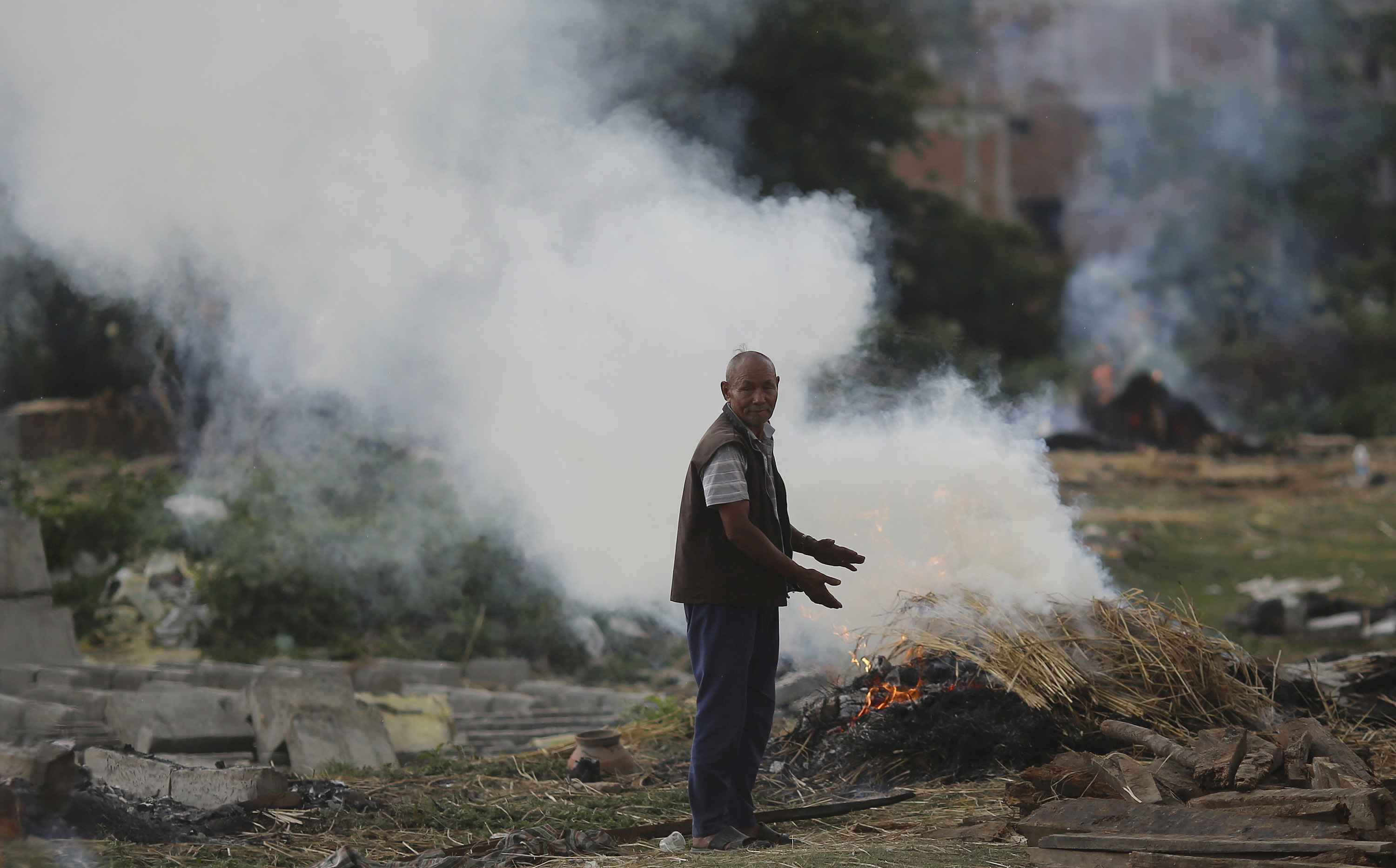 Thousands of people are feared dead from the 7.8-magnitude earthquake in central Nepal. Photo by Adnan Abidi/Reuters

Left: A man carries a child, who was wounded in Saturday's earthquake, after Indian Army soldiers evacuated them from Trishuli Bazar to the airport in Kathmandu, Nepal, on Monday. Photo by Jitendra Prakash/Reuters