It was August 2004, and the Iraq war was about a year old. Fighting was intense in Sadr City, a suburb of Baghdad, where Shia cleric Muqtada al-Sadr’s militia was battling the U.S. military occupation.

NPR photojournalist David Gilkey was embedded with the troops. Some of his photos, which can be viewed below, captured a firefight and the anguish of the Iraqi people caught in the crossfire.

NPR reported on Sunday that Gilkey was killed, along with his Afghan translator Zabihullah Tamanna, as they were traveling with an Afghan Army unit and their convoy came under attack.

Secretary of State John Kerry issued a statement saying he was saddened by the deaths. “This attack is a grim reminder of the danger that continues to face the Afghan people, the dedication of Afghan national defense and security forces to securing their country, and of the courage of intrepid journalists — and their interpreters — who are trying to convey that important story to the rest of the world.” 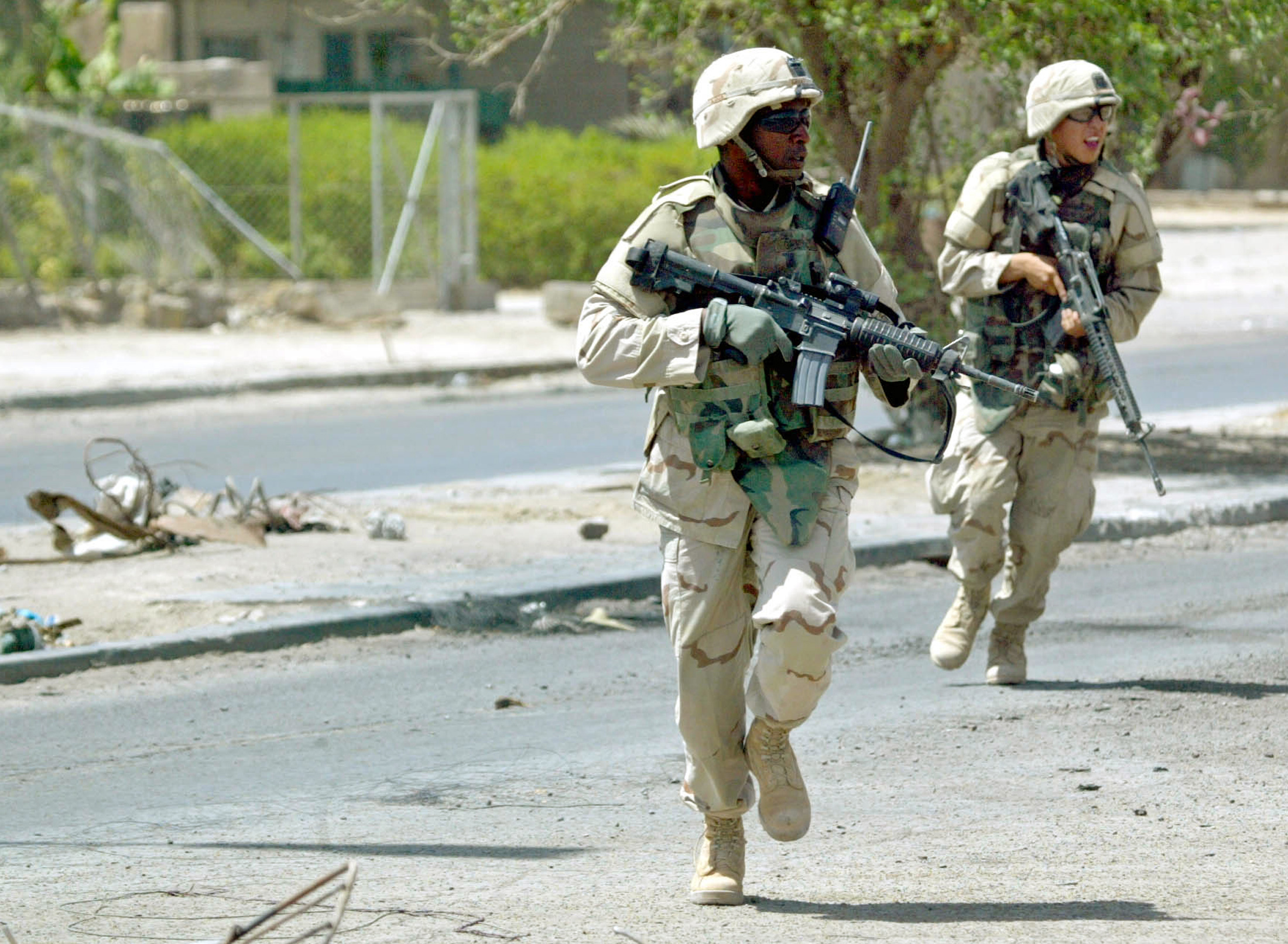 U.S. Army soldiers of the 1st Cavalry Division run across a street during a firefight in Sadr City on Aug. 18, 2004. Fighting between U.S. forces and Muqtada al-Sadr’s Mehdi militia broke out in a Shiite slum in Baghdad. Photo by David P. Gilkey/Pool via Reuters 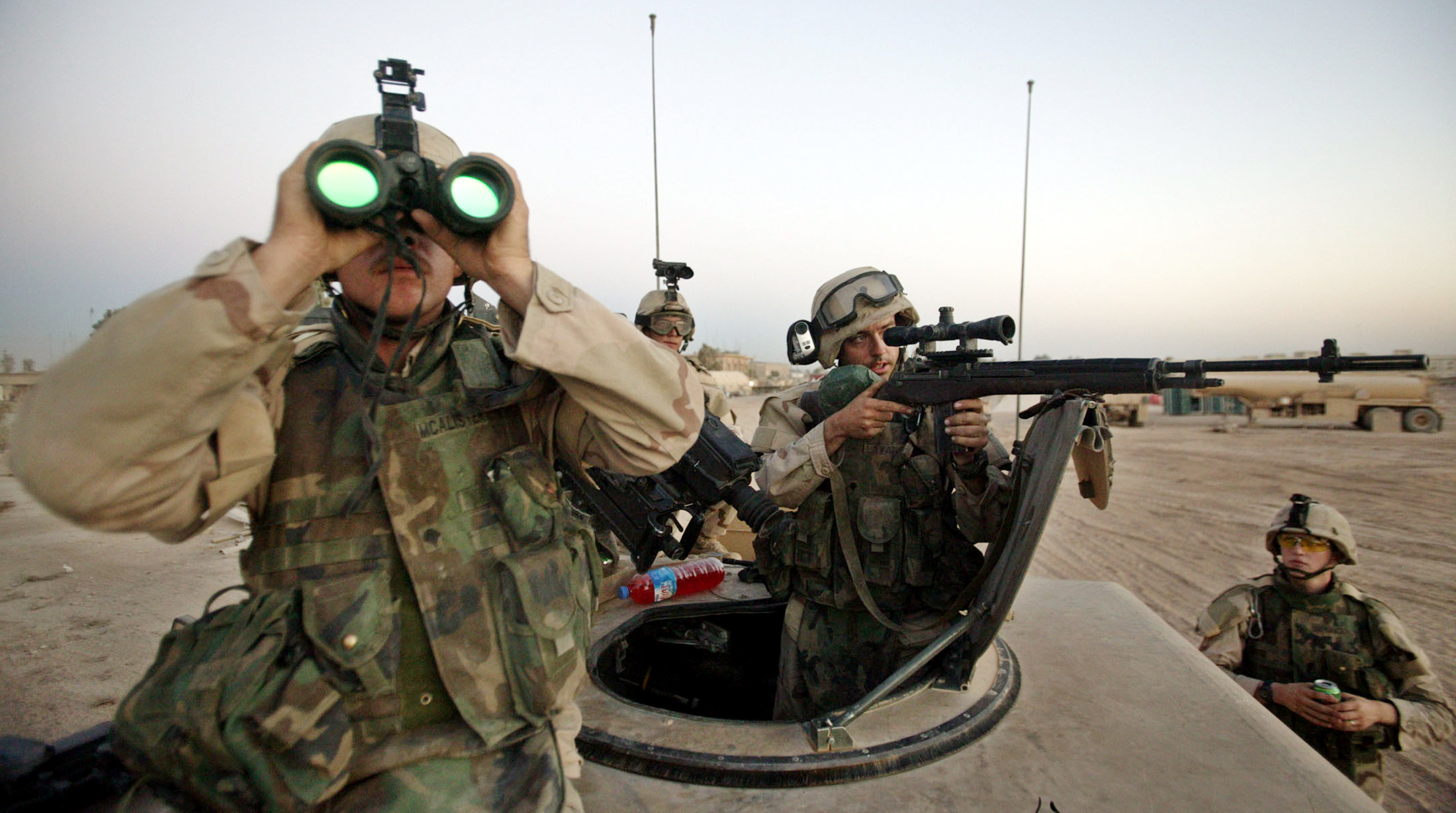 A U.S. Army sniper takes aim at a suspected enemy observer at Camp Eagle in the Baghdad suburb of Sadr City on Aug. 16, 2004. Photo by David P. Gilkey/ Pool via Reuters 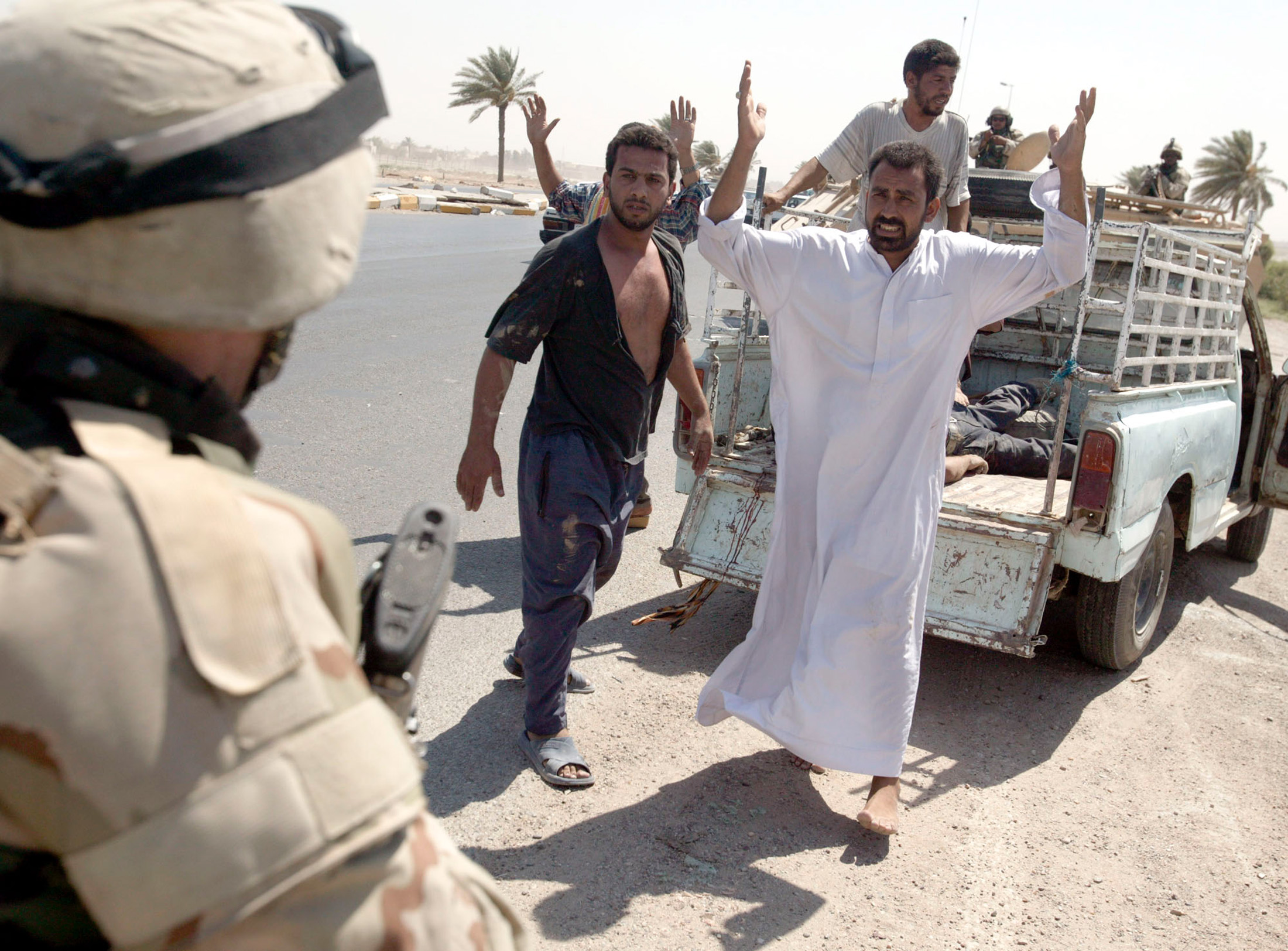 U.S. Army troops stop a pick-up truck driven by family members trying to get a critically wounded man to hospital from a neighborhood outside the Baghdad suburb of Sadr City on Aug. 14, 2004. The man died at the scene despite the efforts of the soldiers to give medical aid. Photo by David P. Gilkey-Detroit Free Press/Knight Ridder-Pool via Reuters 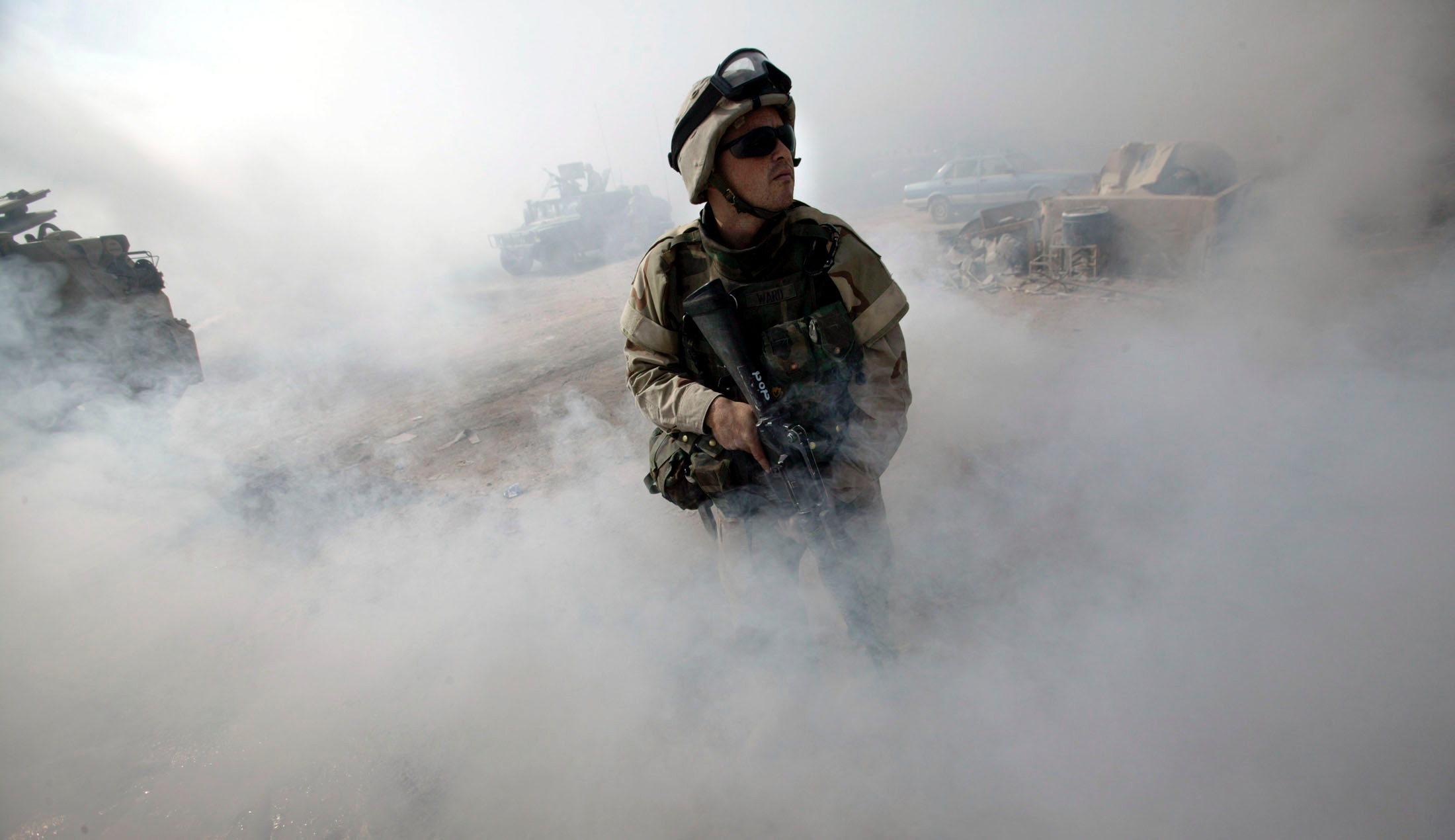 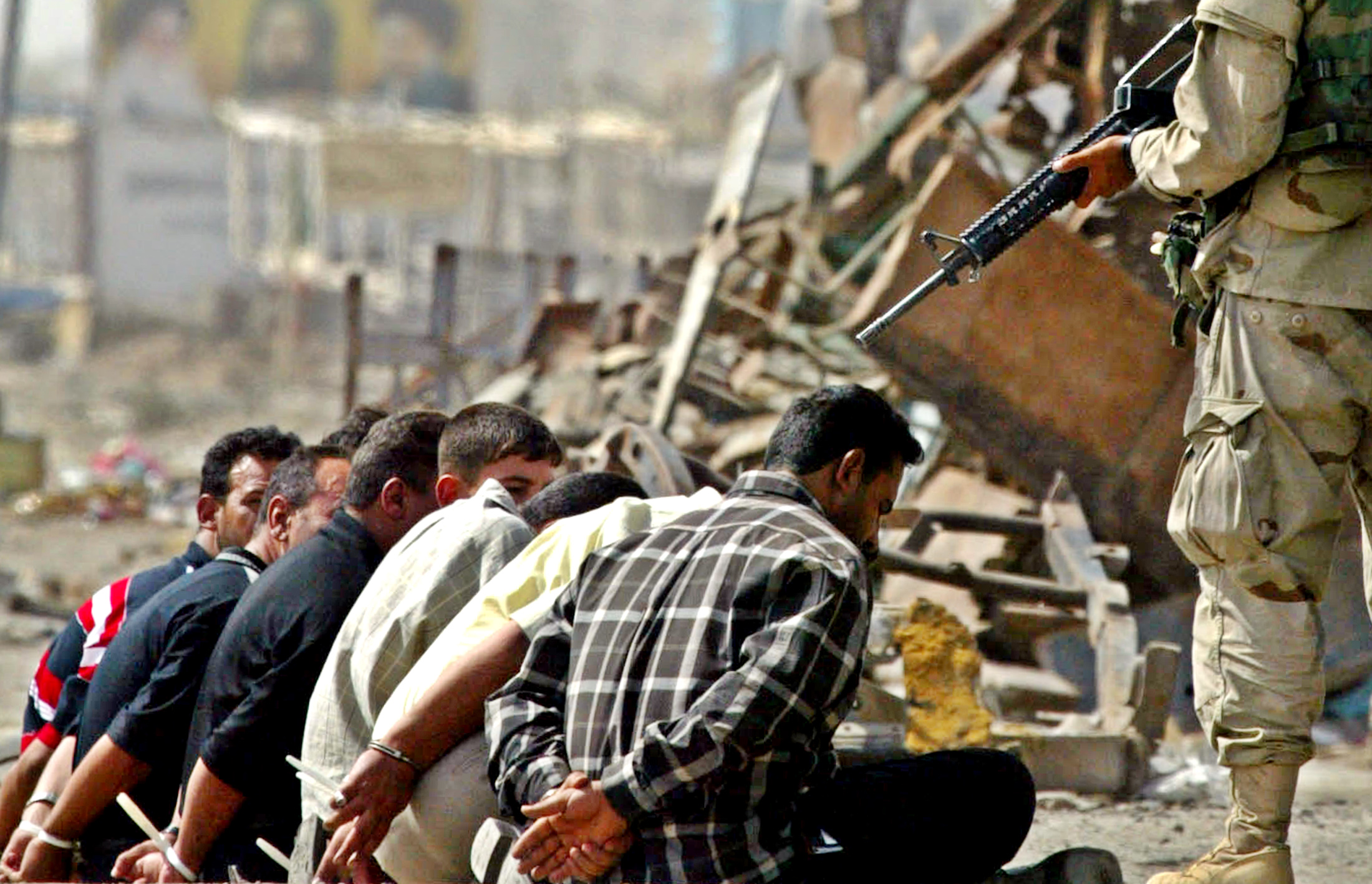 A group of handcuffed Iraqi detainees are watched by the U.S. Army’s 1st Cavalry Division soldiers after being arrested for driving a stolen ambulance and testing positive for explosives on their hands on Aug. 18, 2004. Photo by David P. Gilkey/Pool via Reuters