Obama’s plan to open relations with Cuba in 13 points

Updated at noon EST | President Barack Obama said Wednesday that the U.S. is making historic changes in its dealings with Cuba, because decades of U.S. isolation of the communist nation have had little effect. 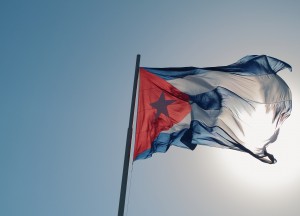 “It is clear that decades of U.S. isolation of Cuba have failed to accomplish our enduring objective of promoting the emergence of a democratic, prosperous, and stable Cuba,” President Obama said from the White House. “Though this policy has been rooted in the best of intentions, it has had little effect — today, as in 1961, Cuba is governed by the Castros and the Communist party.”

Cuban President Raul Castro made a simultaneous televised announcement about the breakthrough to his citizens.

Today’s announced changes to normalize relations with Cuba include:

Pope Francis offered his “warm congratulations” to the United Stats and Cuba. The Vatican had hosted the two sides for meetings to bolster relations in October.

Earlier Wednesday came word that Cuba released American Alan Gross, who had been held in prison for five years, and in exchange the U.S. freed three Cubans jailed in Florida on charges including conspiracy.