Olympic highlights from Day 11: Competing runners help each other after fall

Two runners in the women’s 5,000-meter race helped each other finish after one stumbled, knocking down the other.

New Zealand’s Nikki Hamblin tripped during Tuesday’s competition, accidentally causing Abbey D’Agostino of the U.S. to fall. D’Agostino helped Hamblin back up, but she then began limping, so Hamblin held back to provide her encouragement.

They both managed to do just that. 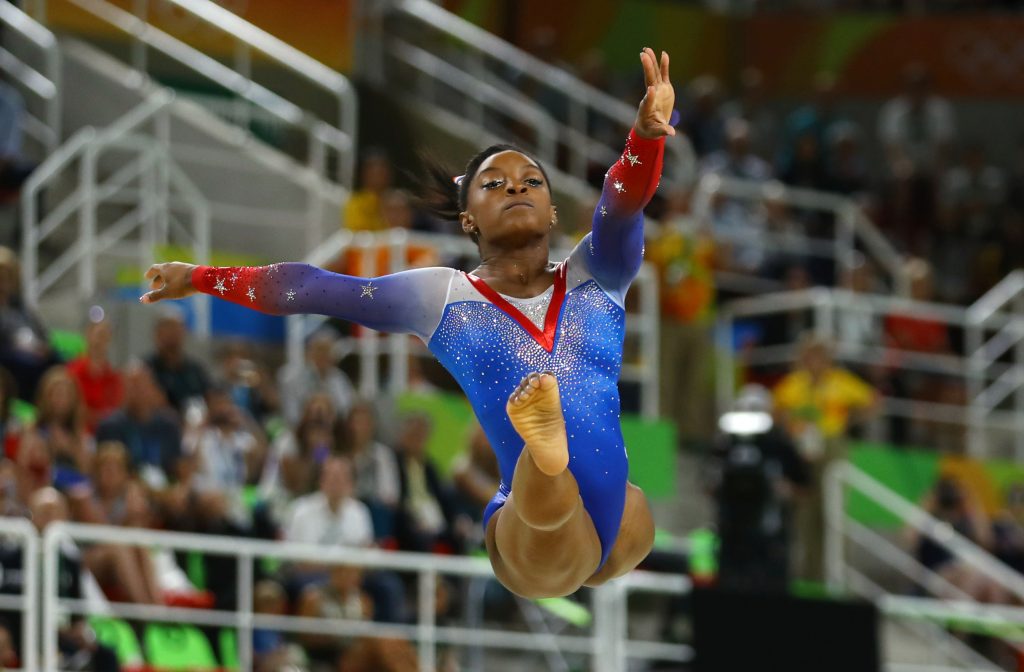 Gymnast Simone Biles of the U.S. wins gold in the floor exercise at Tuesday’s Olympic Games. Photo by Mike Blake/Reuters

Meanwhile, Simone Biles won her fourth gold — fifth medal overall — at the final event of women’s gymnastics, in the floor exercise. “I had tons of fun. It was very exciting,” she said afterward.

Out on the sand volleyball court, the U.S. women’s beach volleyball team of Kerri Walsh Jennings and April Ross got bounced out of contention for the gold by the Brazil duo Agatha Bednarczuk and Barbara Seixas de Freitas in the semifinal match.

It was the first loss for Walsh Jennings at an Olympic event, who said they’d try again on Wednesday when they take on another Brazilian team for the bronze medal. Also today, Germany faces Brazil to see who will win the gold.

Sweden does it again!

Left: Nikki Hamblin of New Zealand (left) and Abbey D'Agostino of the U.S. embrace after they collided and helped each other finish the 5,000-meter race at the Rio Olympics on Tuesday. Photo by Lucy Nicholson/Reuters