Panetta: ‘Nobody attacks the U.S. and gets away with it’

Five years after the killing of al-Qaida leader Osama bin Laden, former CIA Director Leon Panetta — the man responsible for the operation — said part of its purpose was to send a message to the world that “nobody attacks the United States and gets away with it.”

On May 2, 2011, a team of U.S. Navy SEALs shot and killed bin Laden, the mastermind of the 9/11 terrorist attacks on the United States, at his compound in Abbottabad, Pakistan. 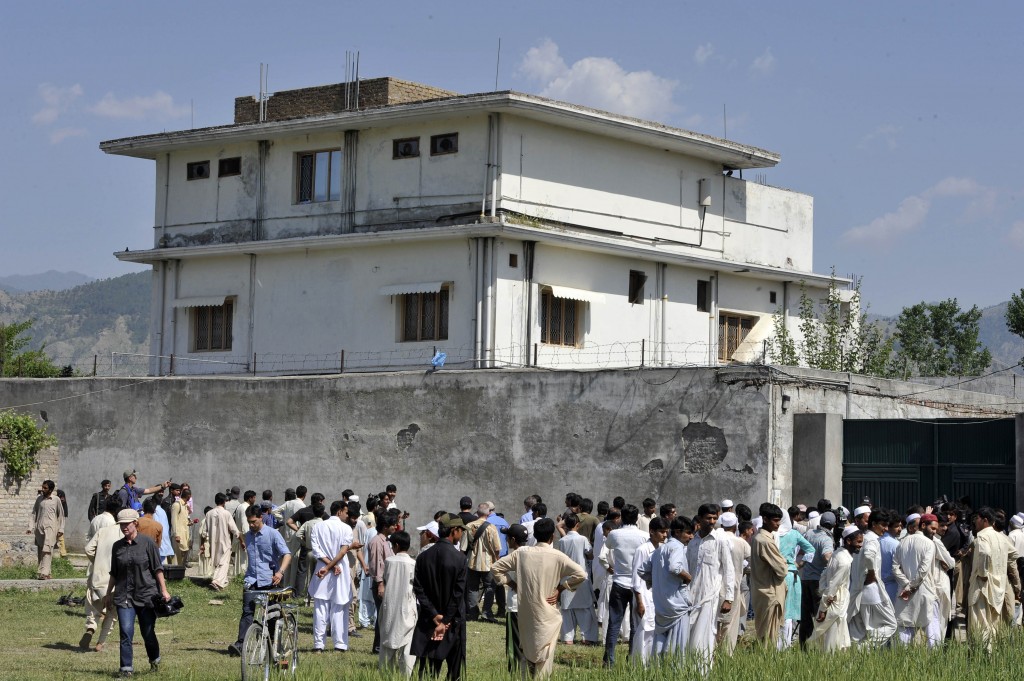 Pakistani media and local residents gather outside the hideout of Al-Qaida leader Osama bin Laden following his death by U.S. special forces in Abbottabad on May 1-2, 2011. Photo by Aamir Qureshi/AFP/Getty Images

Panetta described to PBS NewsHour Weekend anchor Hari Sreenivasan on Monday how the picture of terrorism has become more diverse — and more challenging — since then.

The Islamic State militant group is a quasi-state, has affiliates in 20 countries, and is recruiting thousands of individuals, he said. In addition, “we’re concerned about the refugees and what may be involved with refugee populations coming into a number of countries.” 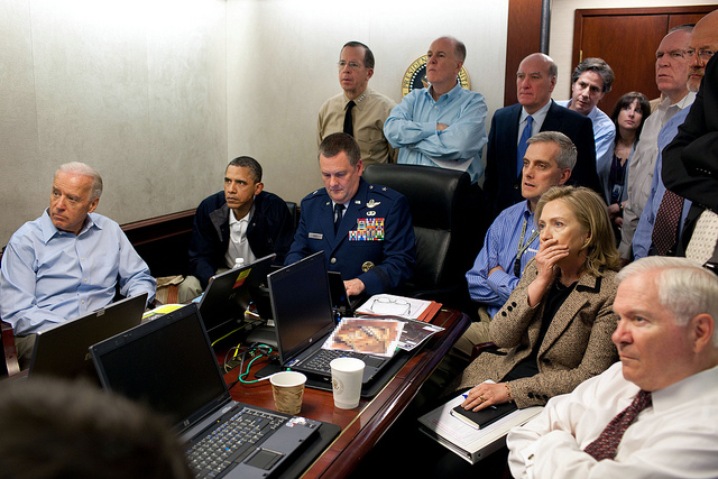 President Barack Obama (second from left), Vice President Joe Biden, Secretary of State Hillary Clinton and other members of the national security team watch the Osama bin Laden raid in the Situation Room at the White House on May 1, 2011. Photo via Getty Images

“The result is that we are dealing with a threat that is coming at us from a number of directions as opposed to the singular focus that we had in going after bin Laden and al-Qaida,” he said.

We’ll have more of the interview with Panetta on Monday’s broadcast.

Watch President Barack Obama’s full televised announcement from 2011 that the long-hunted al-Qaida leader was dead. “Justice has been done,” he said.