As Haiti began rebuilding in the wake of Hurricane Matthew, aid groups worried that cholera and other diseases would quickly spread in the flood waters.

Since 2010, when cholera first arrived in Haiti, more than 10,000 people have died from the waterborne disease, and aid agencies fear that number will increase after the hurricane.

“People are drinking water and food that is potentially exposed, and they don’t have access to hand-washing facilities, so the disease is spreading quite quickly, and it can kill quite quickly,” Casey told PBS NewsHour correspondent William Brangham in an interview airing on Tuesday’s broadcast.

U.S. helicopters and ships started delivering aid over the weekend, and humanitarian organizations were working to distribute the much-needed food and water, but they couldn’t reach all areas right away due to washed-out bridges and mudslides.

U.N. Secretary-General Ban Ki-moon appealed for $120 million to start addressing the needs of hundreds of thousands of people affected by the storm. The hurricane has killed more than 500 people in Haiti, the Associated Press reported. 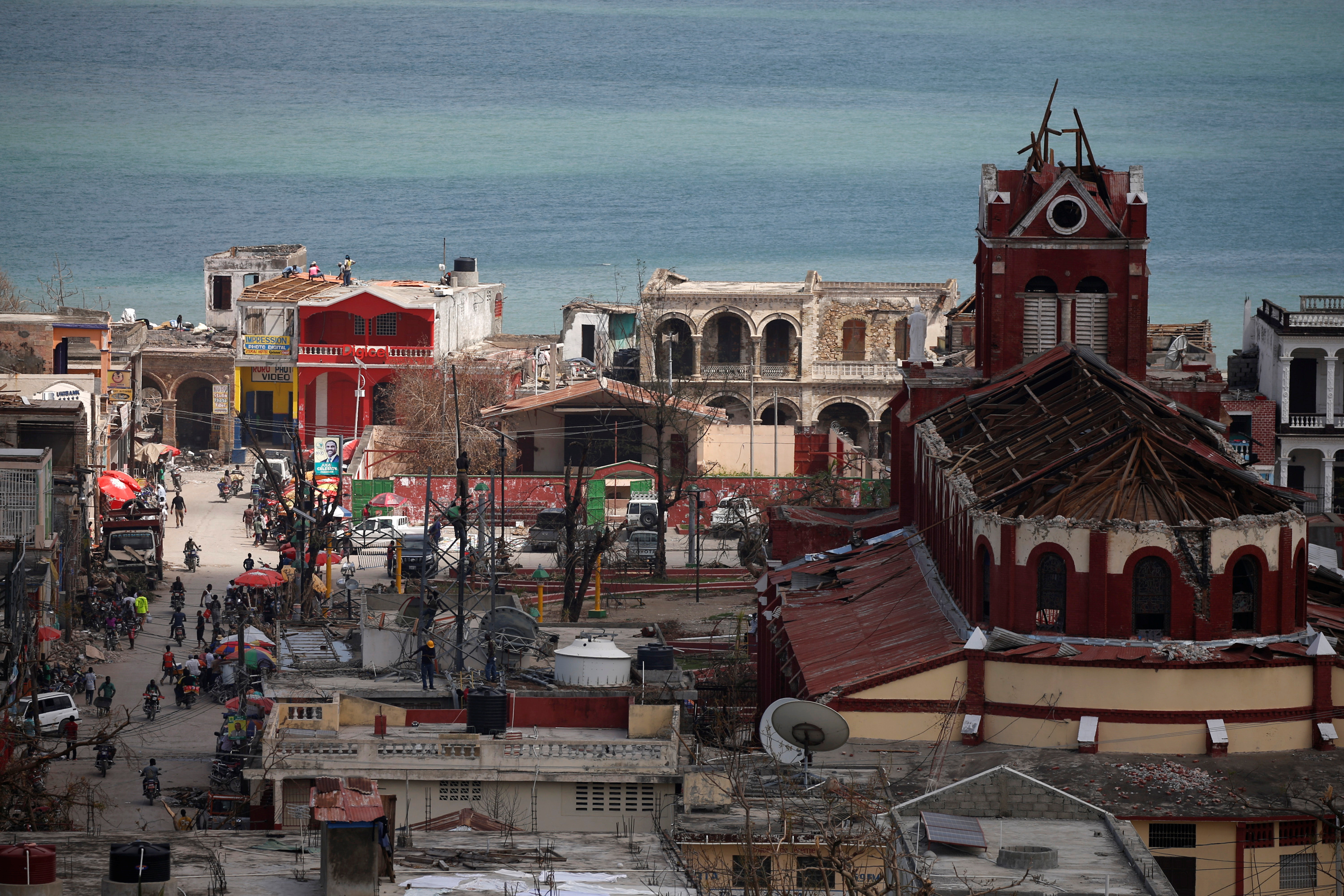 Jeremie was one of the coastal areas in southwestern Haiti that was heavily damaged by Hurricane Matthew. Photo by Carlos Garcia Rawlins/Reuters 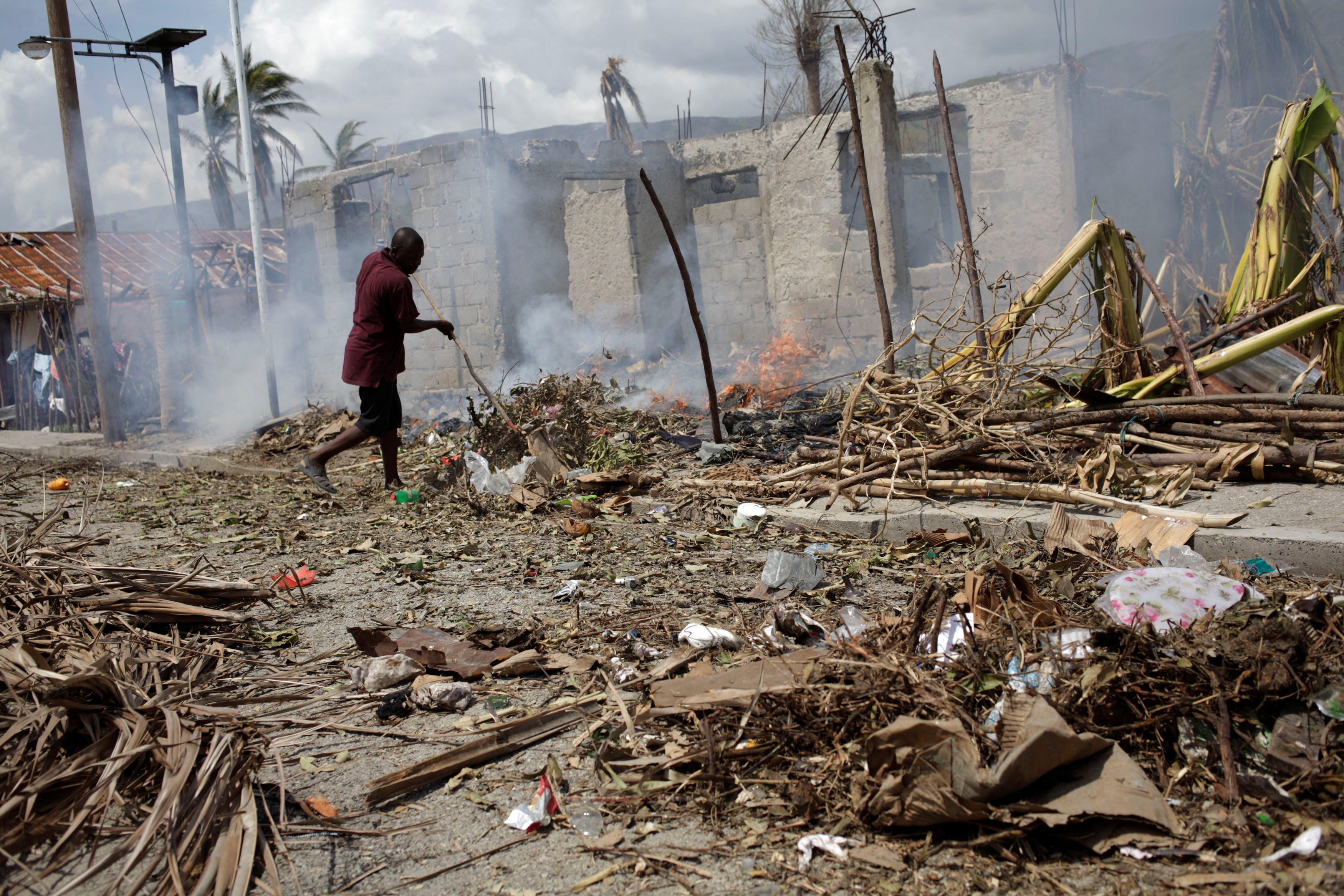 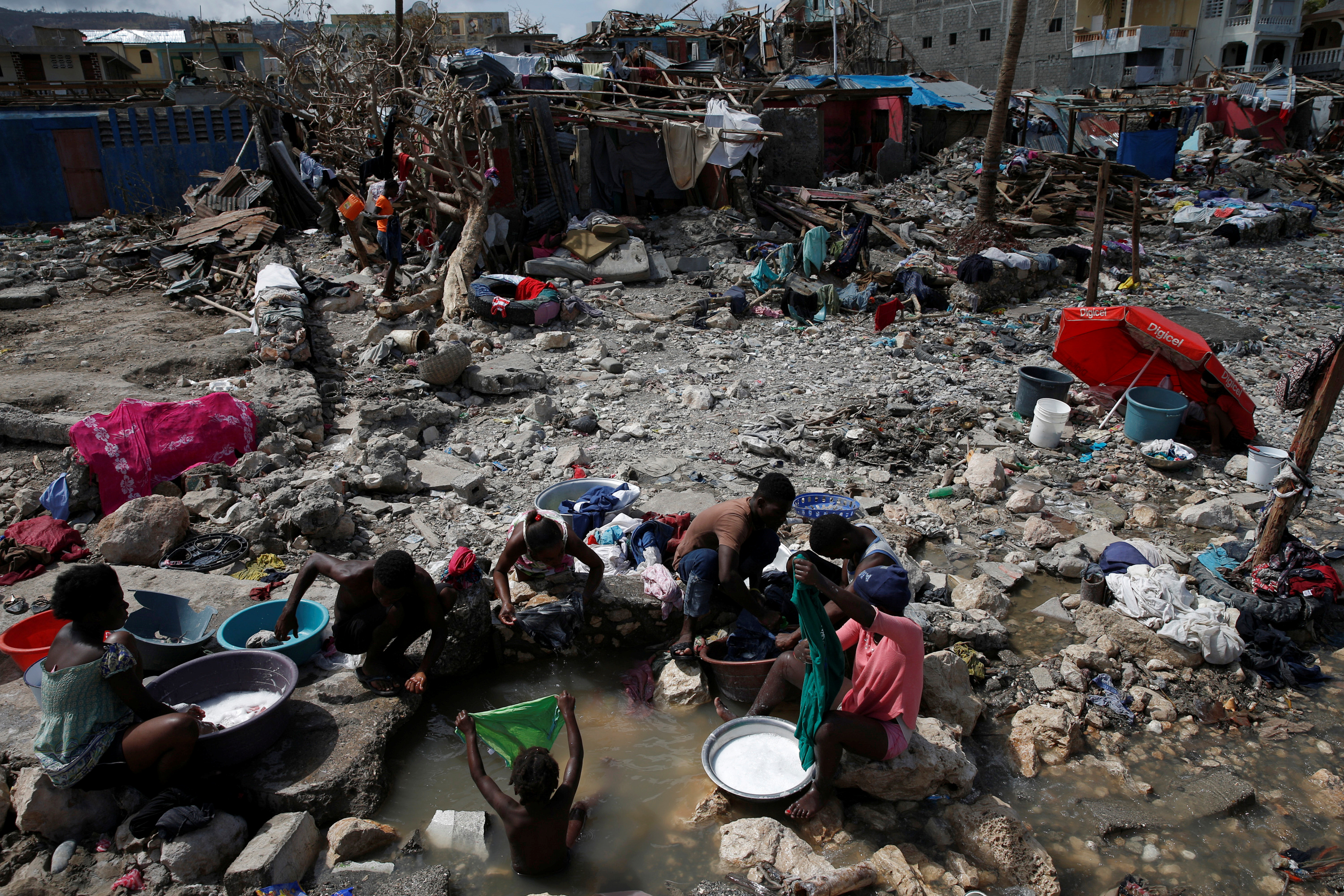 People wash their clothes on a beach near destroyed houses. Photo by Carlos Garcia Rawlins/Reuters 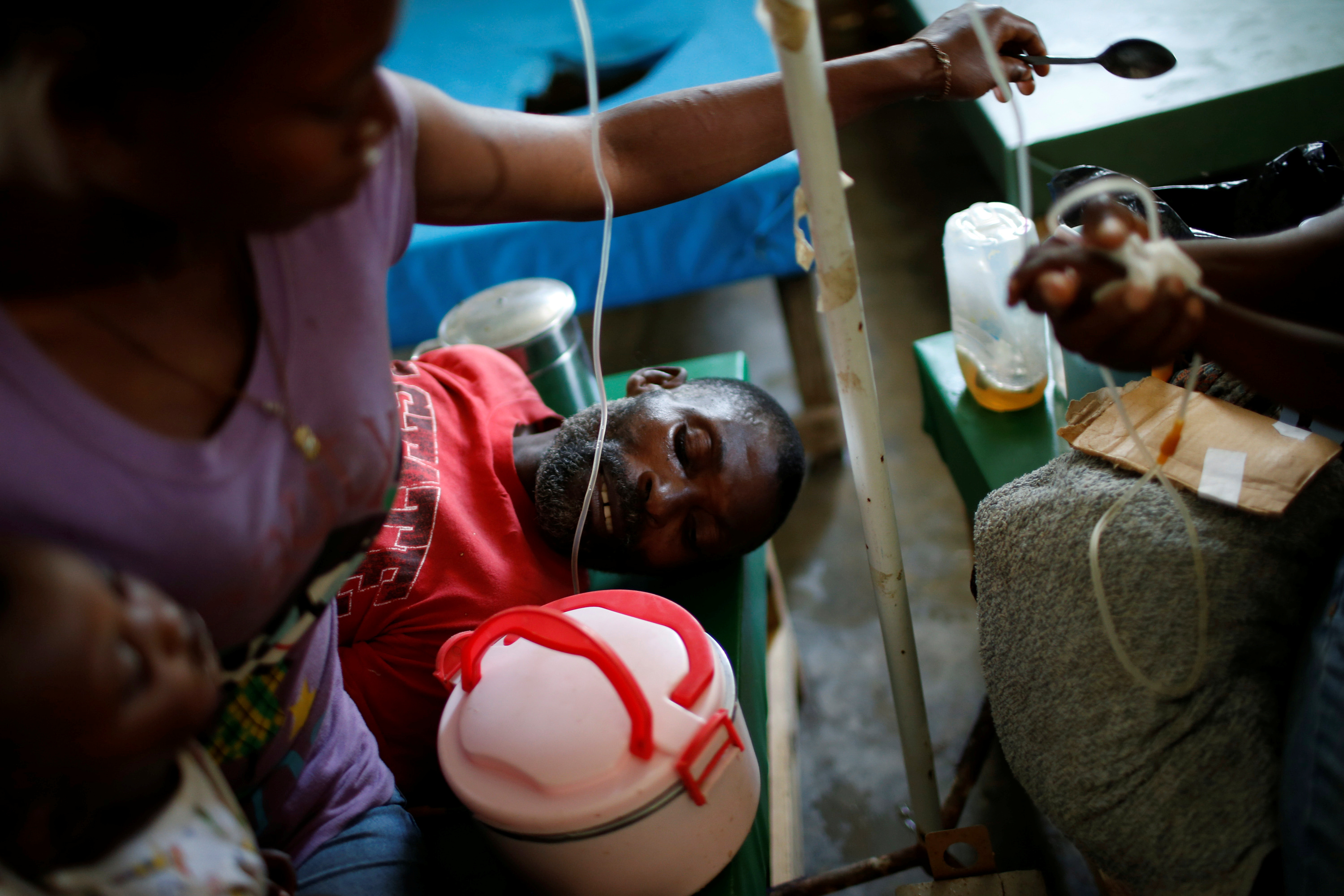 People are treated for cholera at a hospital in Jeremie, Haiti. The International Medical Corps was among the groups warning that cholera cases could spread from the heavy rains and flooding. Photo by Carlos Garcia Rawlins/Reuters 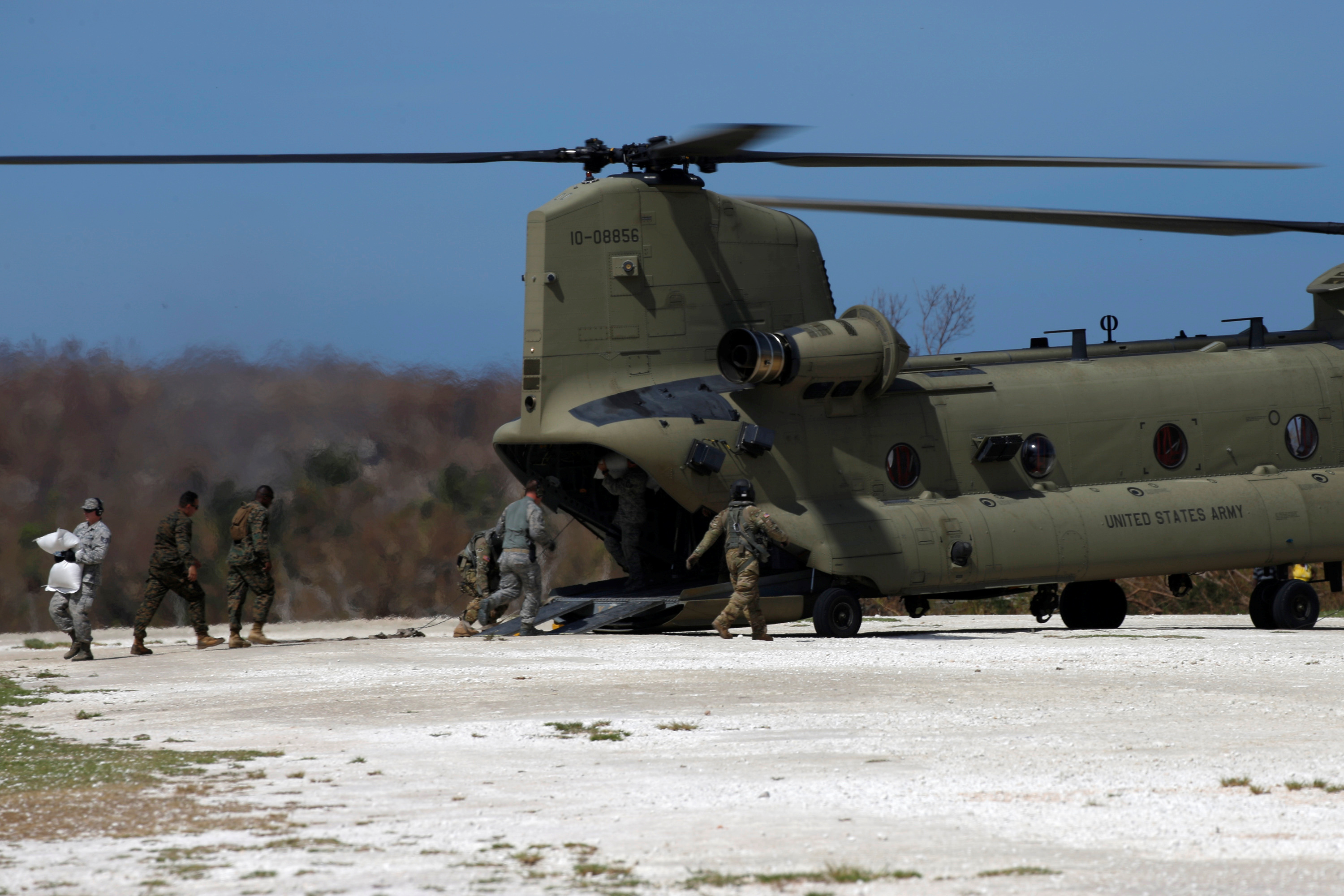 American soldiers deliver aid to parts of Haiti. The most immediate needs were food and clean water. Photo by Carlos Garcia Rawlins/Reuters 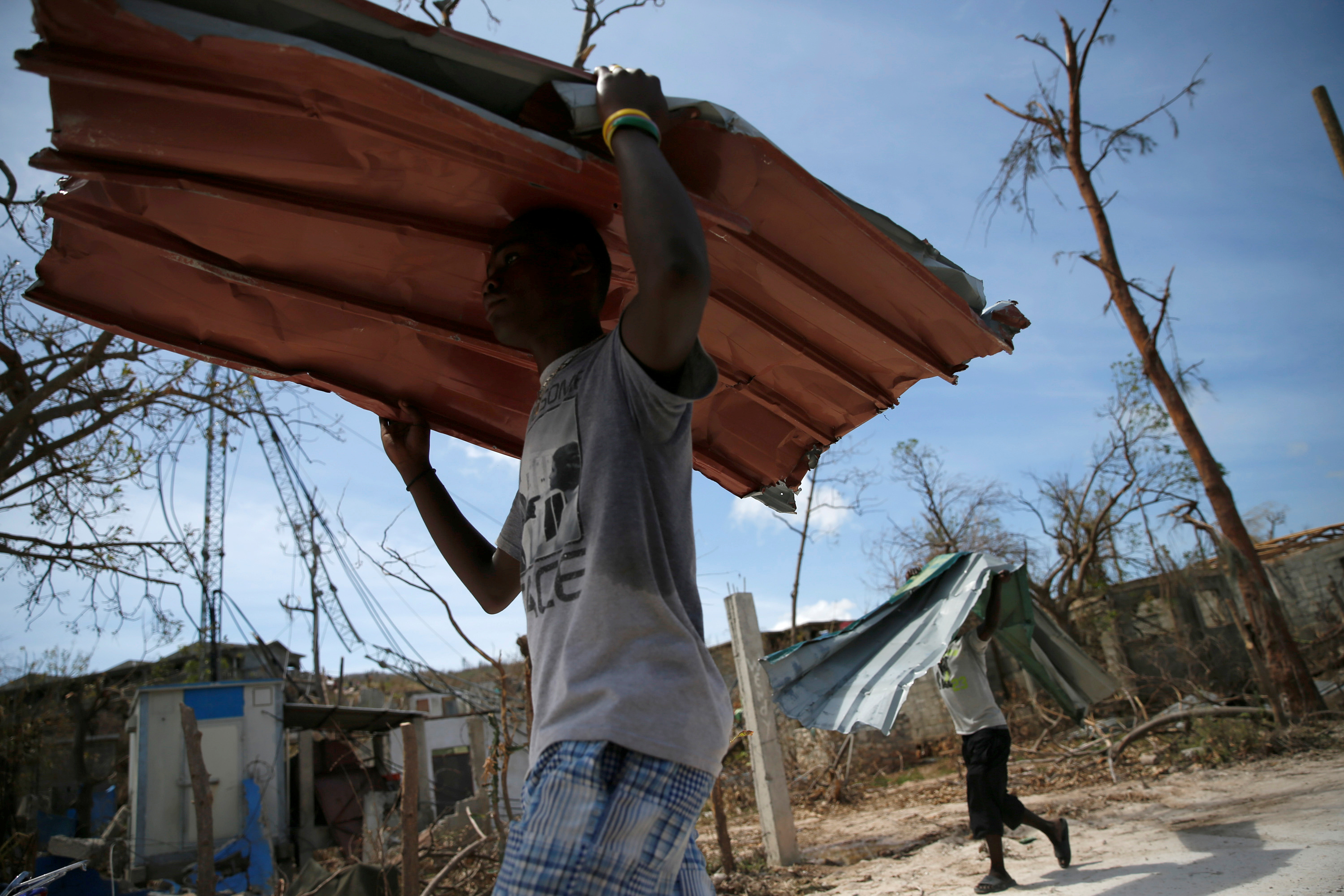 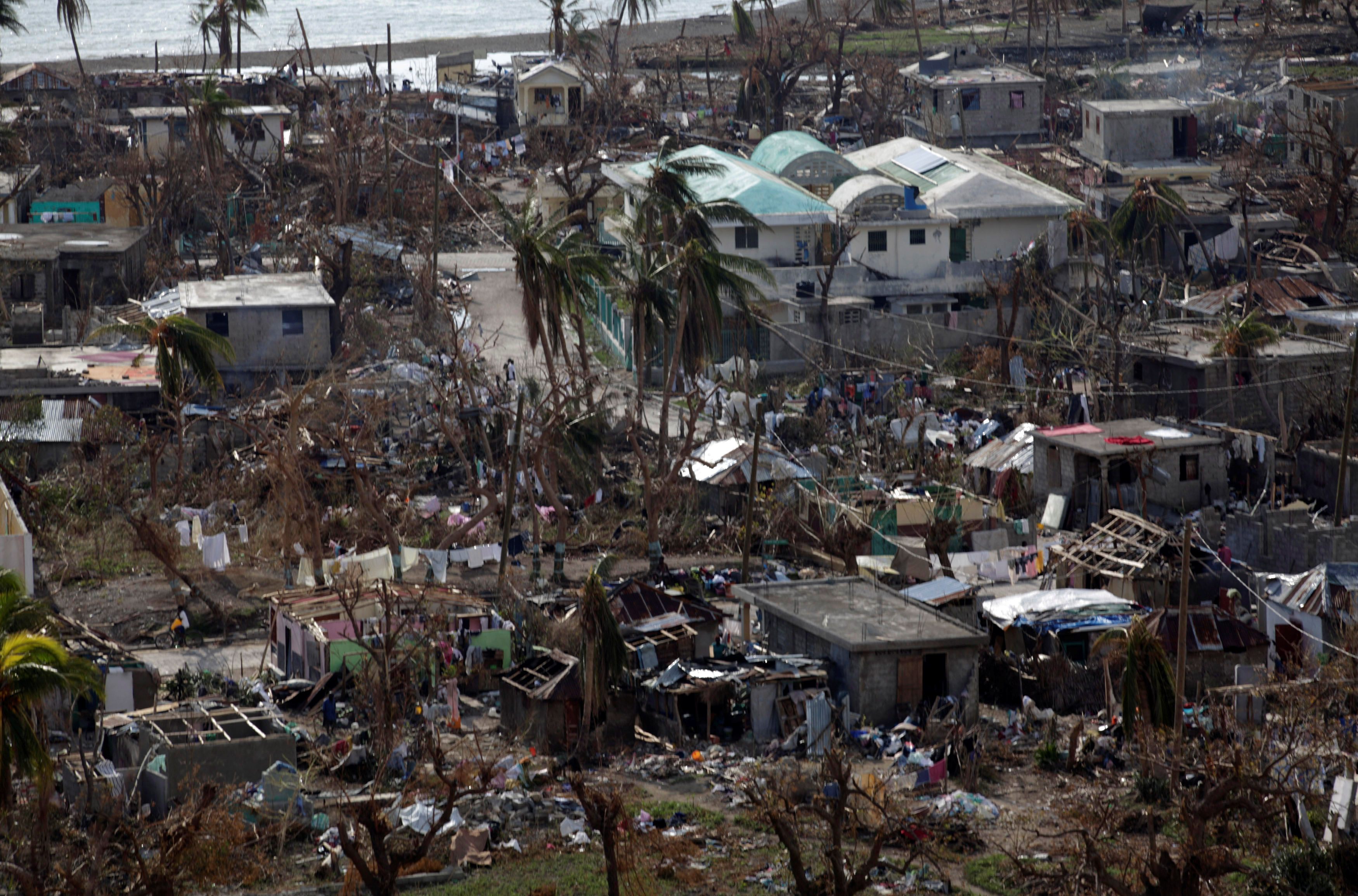 Hurricane destruction was heavy in Coteaux in the southern tip of Haiti. The United Nations estimated that at least 350,000 people were in need of humanitarian aid after the storm. Photo by Andres Martinez Casares/Reuters 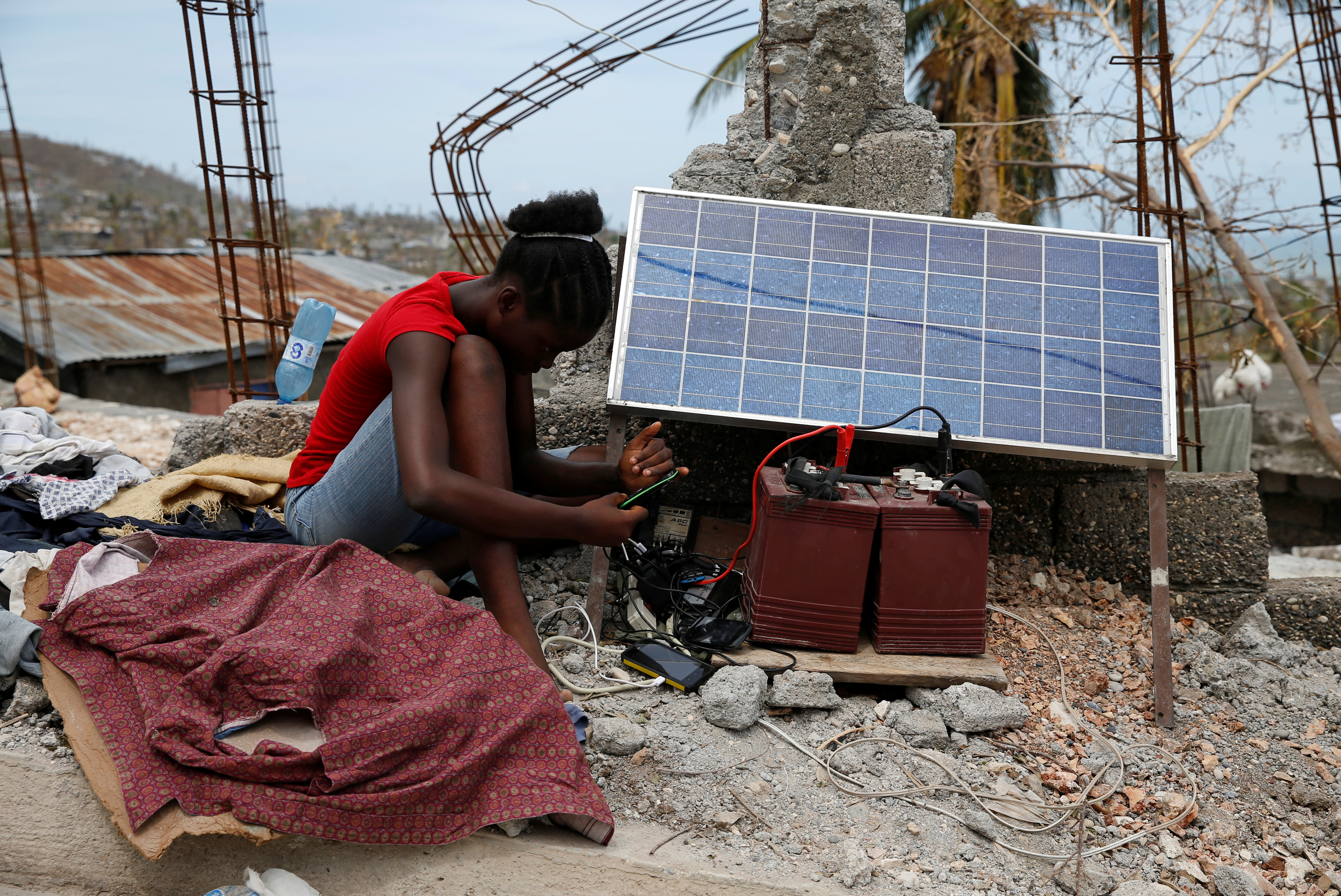 Left: A child is treated for cholera in the southern commune of Jeremie. Aid groups were getting reports of cholera outbreaks in other parts of Haiti that they couldn't yet reach. Photo by Carlos Garcia Rawlins/Reuters