Photos: Iraqis flee violence as forces close in on Mosul

As the campaign to free Iraq’s second largest city from Islamic State militants enters its fourth day, aid groups are rushing to prepare camps for the residents fleeing the fight.

The Islamic State group took over the northern city of Mosul two years ago, and about 1 million residents are believed to still be inside the city.

The United Nations and other organizations are preparing for the possibility of thousands of people leaving, by setting up camps south of Mosul equipped with food, water, soap and other supplies.

“There are real fears that the offensive to retake Mosul could produce a humanitarian catastrophe resulting in one of the largest man-made displacement crises in recent years,” said William Spindler, spokesman for the Office of the U.N. High Commissioner for Refugees.

The Iraqi Army, with U.S. support, has combined forces with Kurdish peshmerga and Shiite “popular mobilization units” to retake Mosul. They launched the offensive on Monday.

The combined forces are retaking villages surrounding Mosul in an effort to drain support for the Islamic State militants. The latest liberated town was Bartella, about nine miles east of Mosul.

The Iraqi forces are approaching Mosul from two different directions in order to create a pincer effect, according to the Institute for the Study of War, which is tracking the operation.

Inside the city, the Islamic State militants are lighting tires and oil on fire in order to obscure their movements from coalition aircraft, the Pentagon said. There also are reports the militants are using civilians as human shields, luring them inside buildings they were using that are now targeted by U.S.-led coalition airstrikes.

Hemin Hawrami, head of the Kurdistan Democratic Party’s Foreign Relations Office, who is currently in northern Iraq, said via email that the Islamic State fighters likely are planting booby traps and other explosive devices, which will have to be cleared before civilians can return. 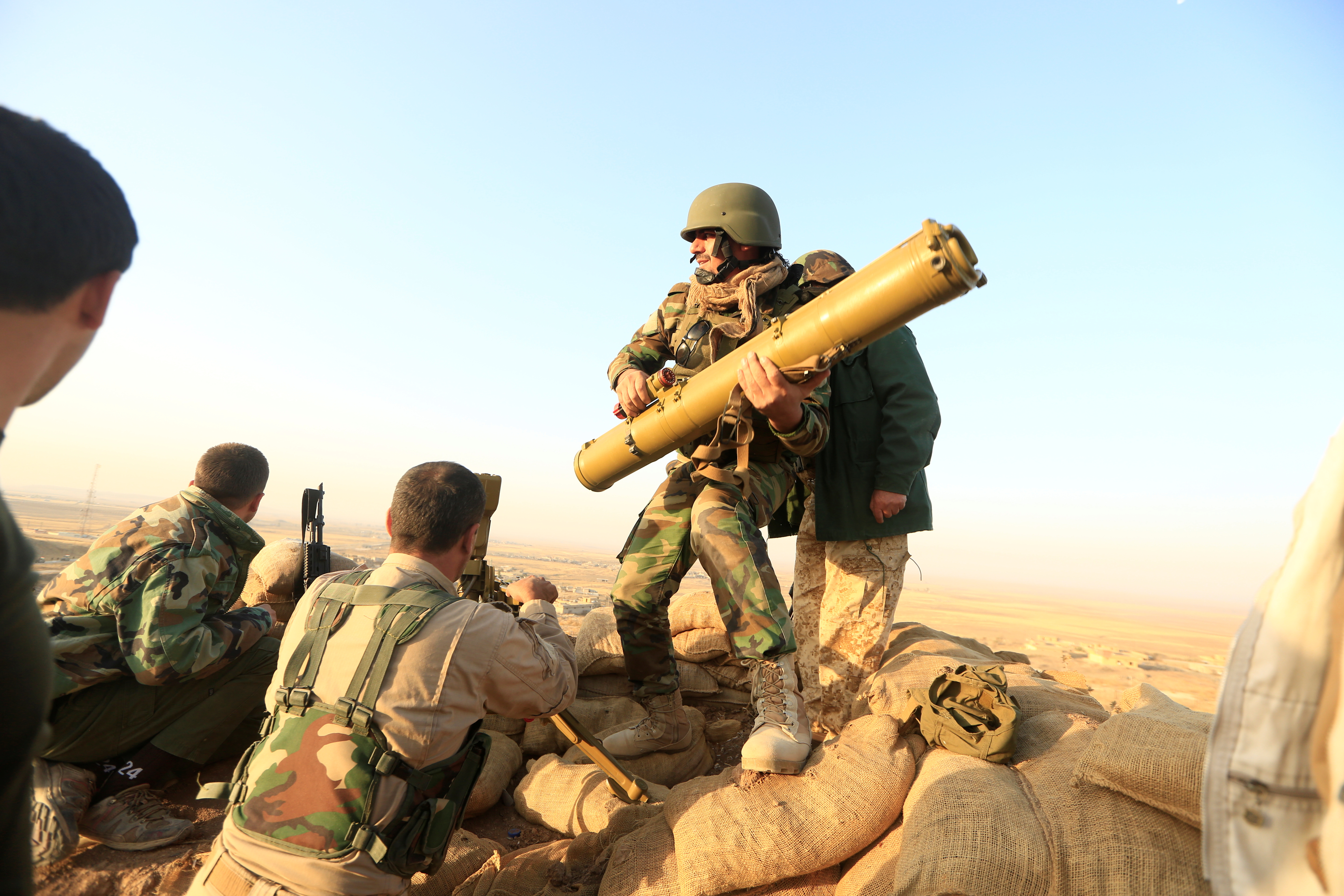 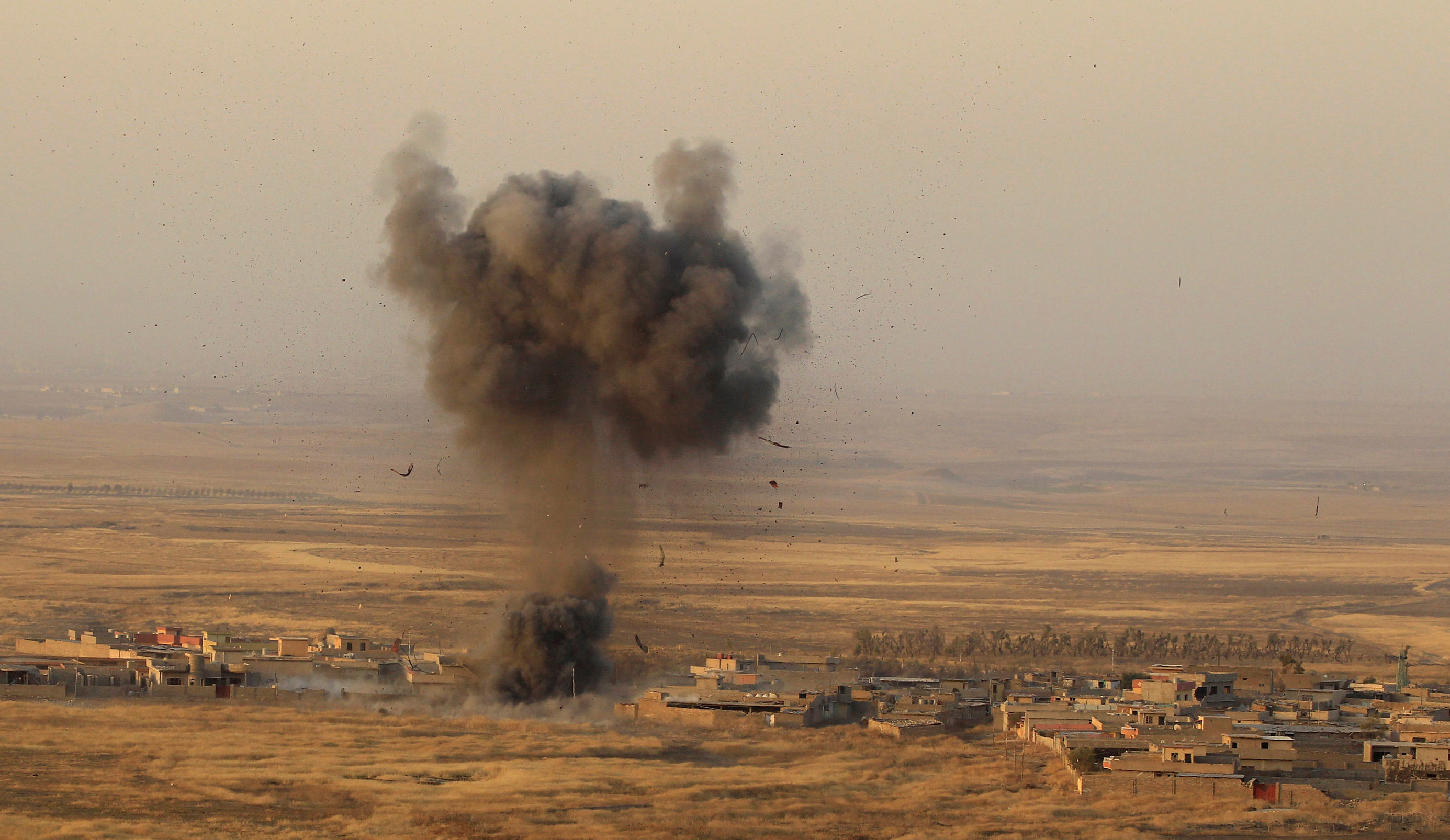 A bomb hits an Islamic State militant position in the town of Naweran near Mosul, Iraq on Oct. 20. The Pentagon says Mosul liberation could take some time but that Iraqis have the capabilities to do it. Photo by Zohra Bensemra/Reuters 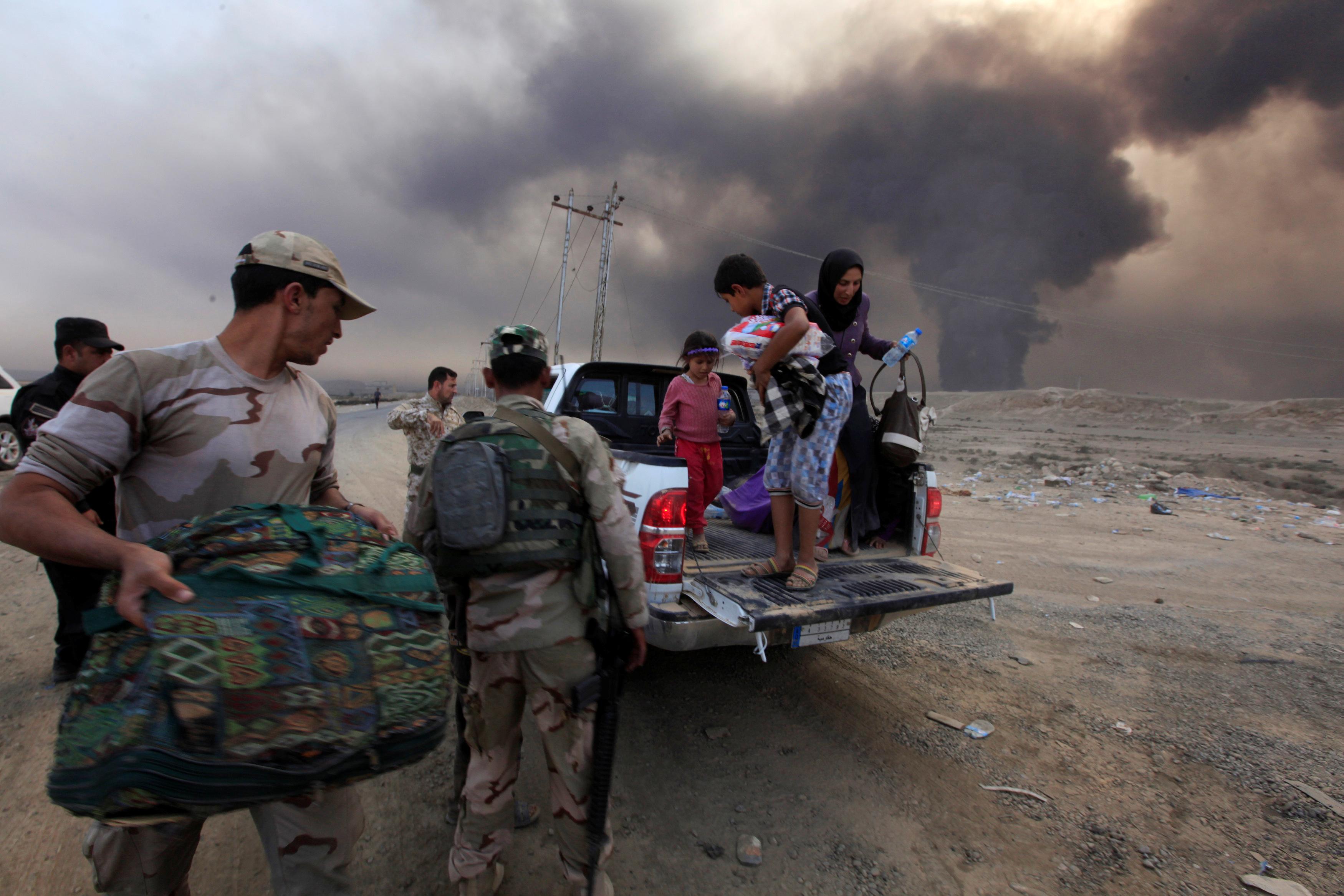 Displaced Iraqis arrive in Qayyarah, south of Mosul, on Oct. 19. About 3.3 million people already are displaced within Iraq, the United Nations said. Photo by Alaa Al-Marjani/Reuters 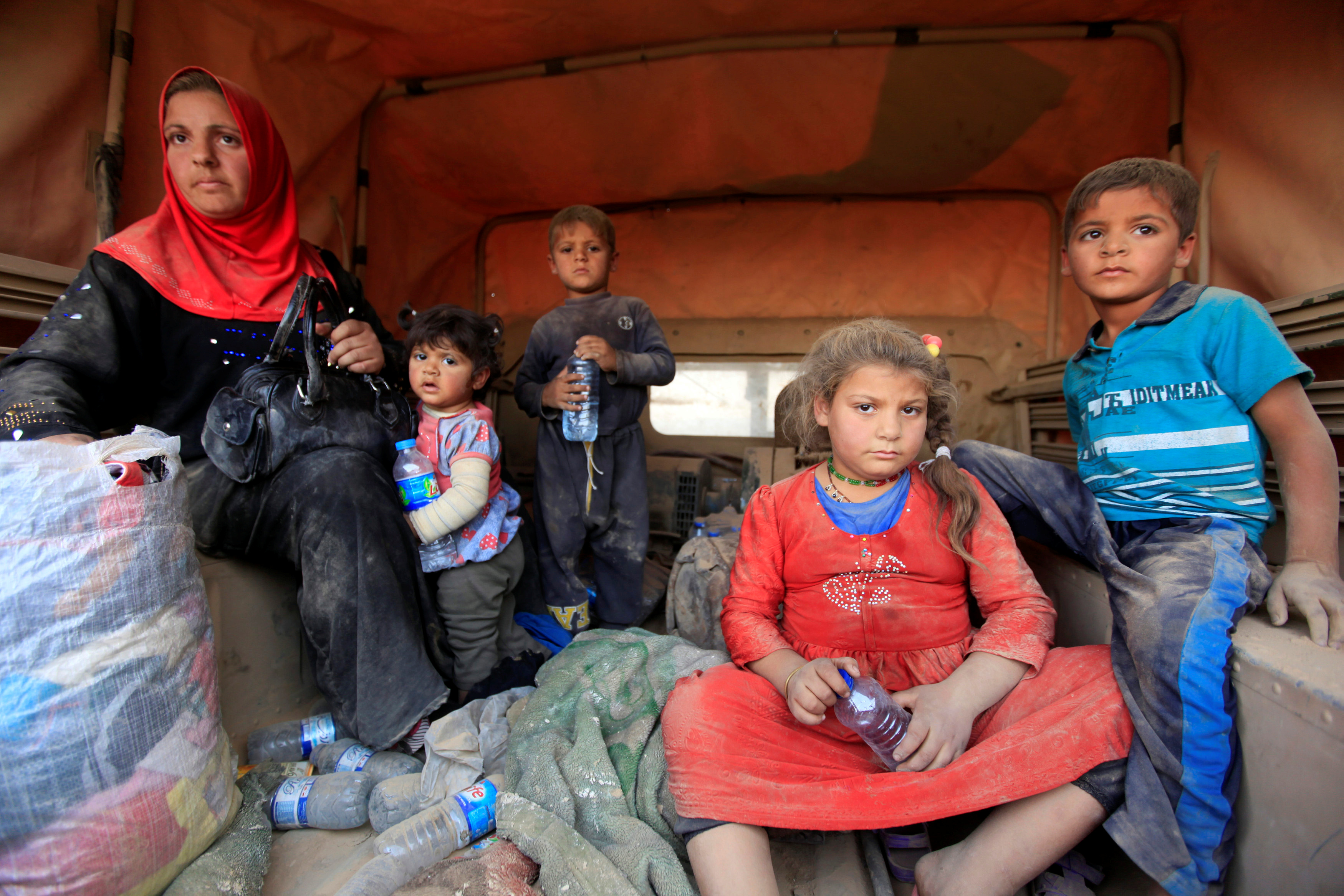 About 300,000 people have fled other towns in Iraq as forces moved toward Mosul, according to Mercy Corps. Photo by Alaa Al-Marjani/Reuters 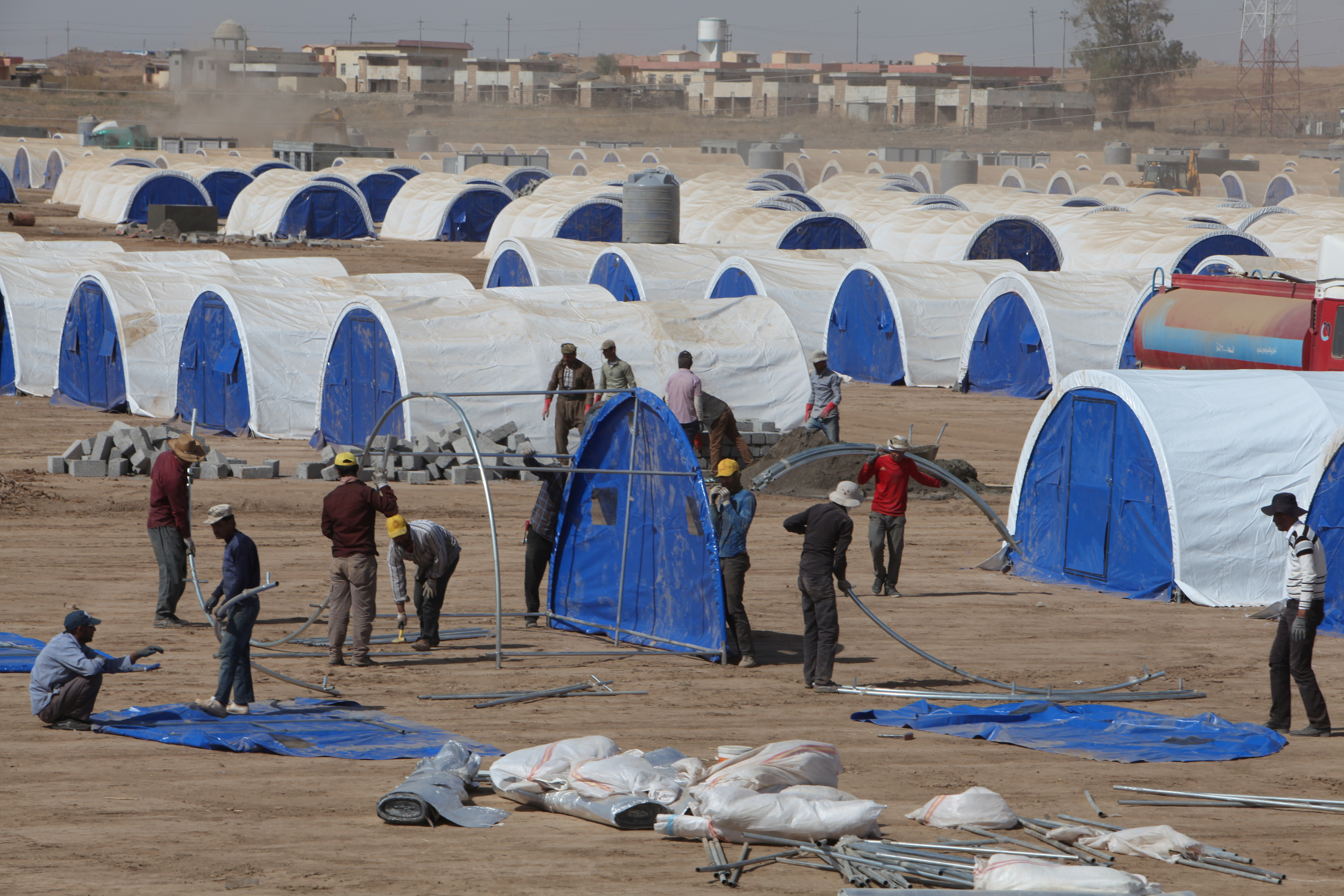 Workers prepare a tent camp in Khazer, west of the Kurdish regional capital Erbil in Iraq, for people fleeing the fighting in Mosul. Photo by Azad Lashkari/Reuters 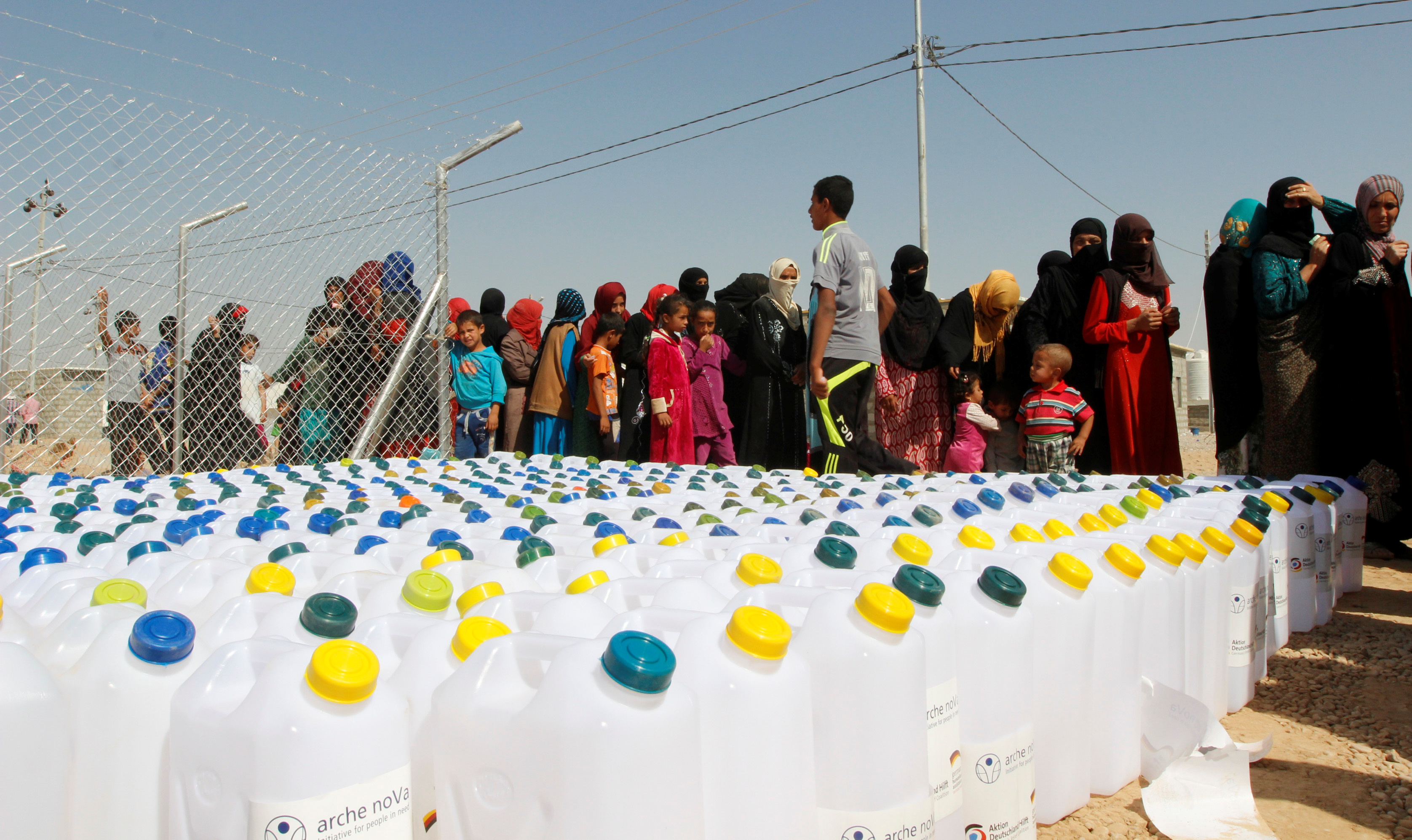 Aid groups stockpiled soap, clean water and food after the operation to liberate Mosul from militants began on Oct. 17. Photo by Ako Rasheed/Reuters 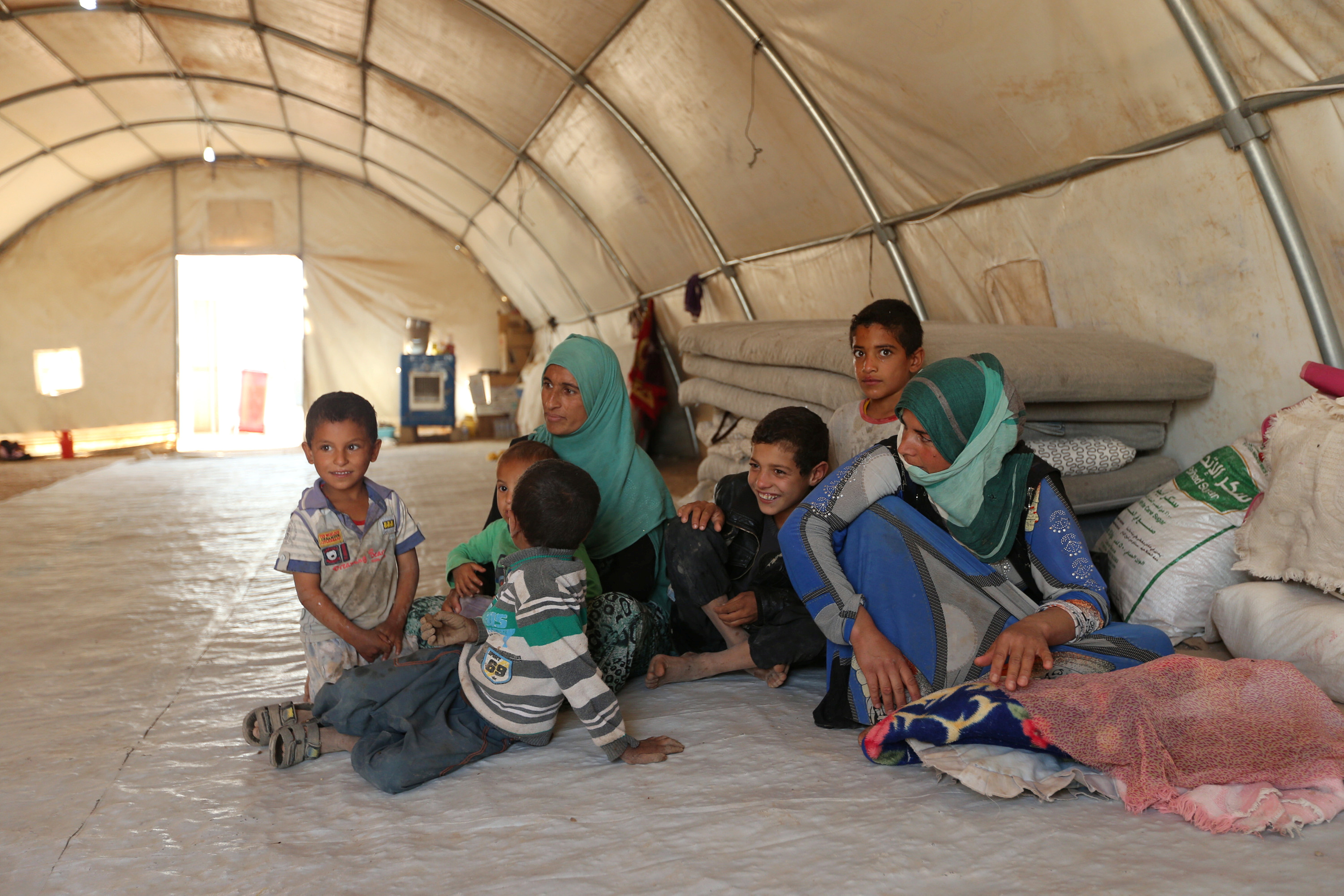 A family settles into a camp in Duhok, Iraq, on Oct. 16. The U.N. refugee agency is preparing tent camps to accommodate about 120,000 people, along with additional supplies for people living outside of the camps. Photo by Ari Jalal/Reuters