PHOTOS: How Syrian kids play and cool off outside war zones

In the sweltering triple-digit temperatures around Raqqa in north-central Syria, children leap from a railing into an irrigation canal to cool off. While Syrian Democratic Forces battle Islamic State militants in Raqqa, children outside the besieged city are finding their own fun.

The International Committee of the Red Cross recently was able to enter a nearby town, Tabqa, for the first time in years after Syrian militias pushed out ISIS fighters. The aid organization said repairing Tabqa dam was a “priority,” not only for water but for the electricity it generates.

READ MORE: Column: Why I can’t stop thinking about the children of Syria 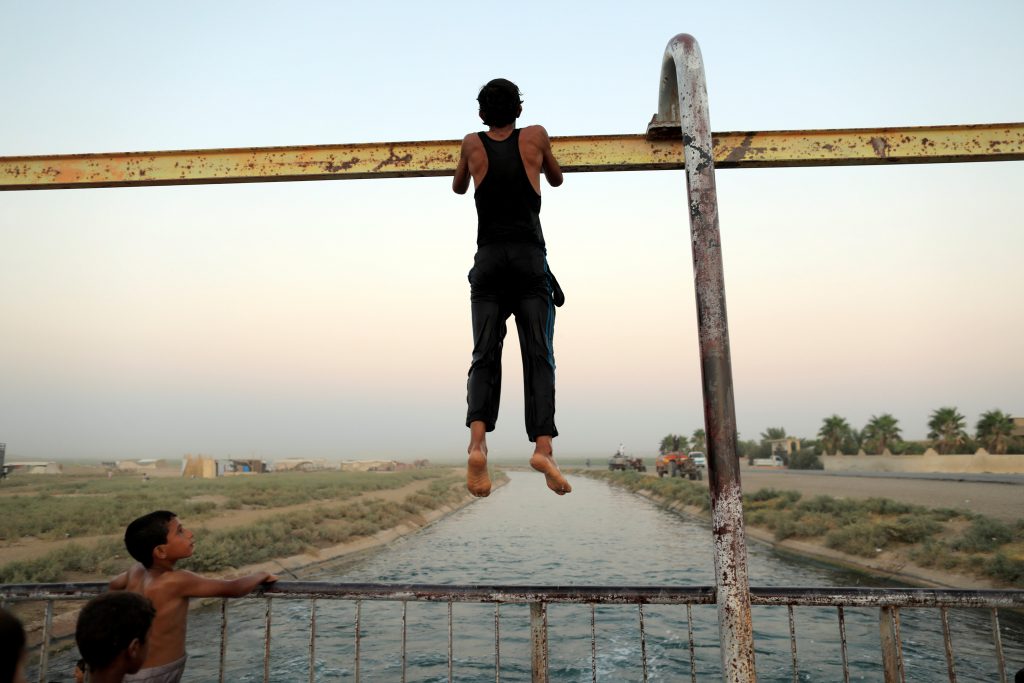 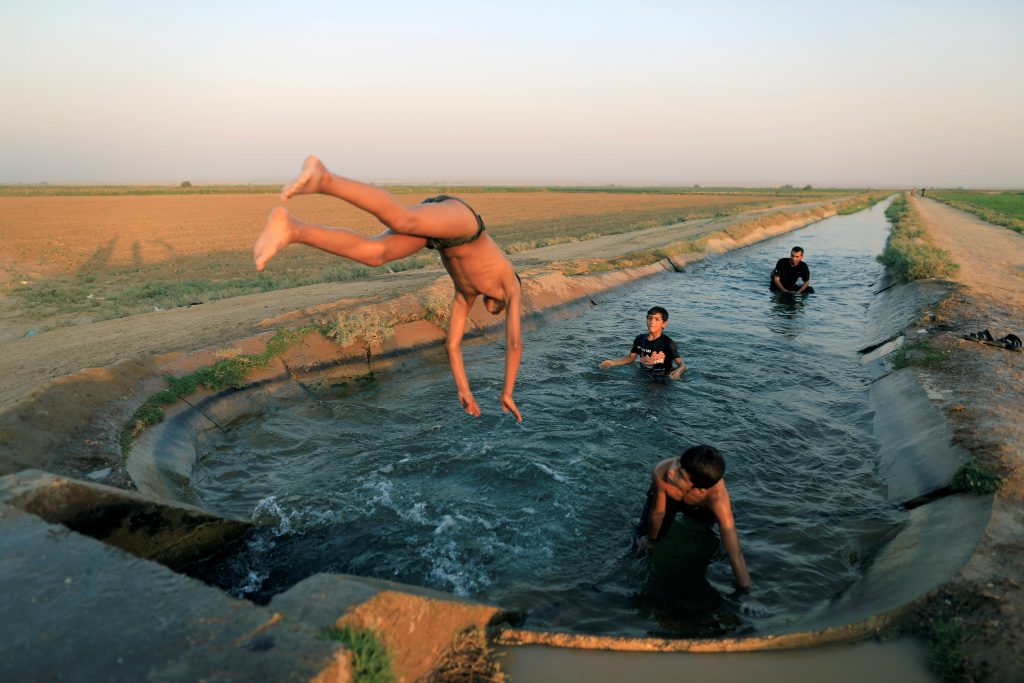 Though there are still large numbers of displaced people, Syrians in some parts of the country are returning home. More than 600,000 have returned since the beginning of 2017, mostly to Aleppo in northern Syria, according to the International Organization for Migration and its local partners.

Most returnees said they wanted to protect their property and felt the economic situation was better than where they were staying, the IOM reported.

READ MORE: Syrians try to salvage life from the wreckage of Raqqa

Andrej Mahecic, spokesman for the U.N. High Commissioner for Refugees, said it was too early to say whether de-escalation zones or Geneva peace talks were motivating the uptick in returns, and that people should still be careful about the security situation. 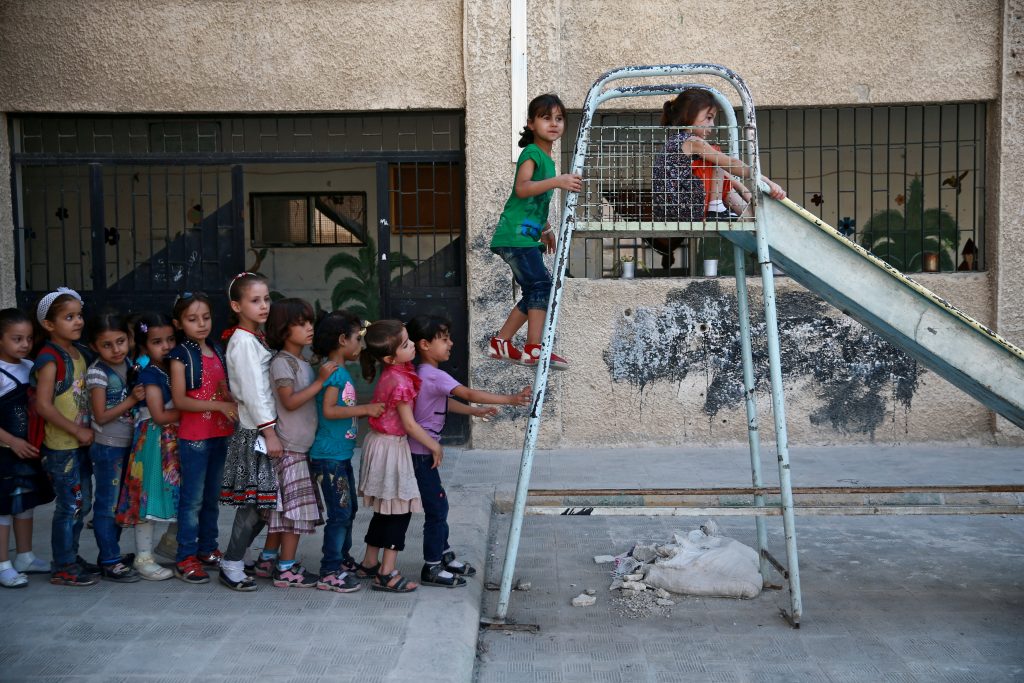 Students play at a school in Douma, near Damascus, Syria on Aug. 16. Photo by Bassam Khabieh/Reuters 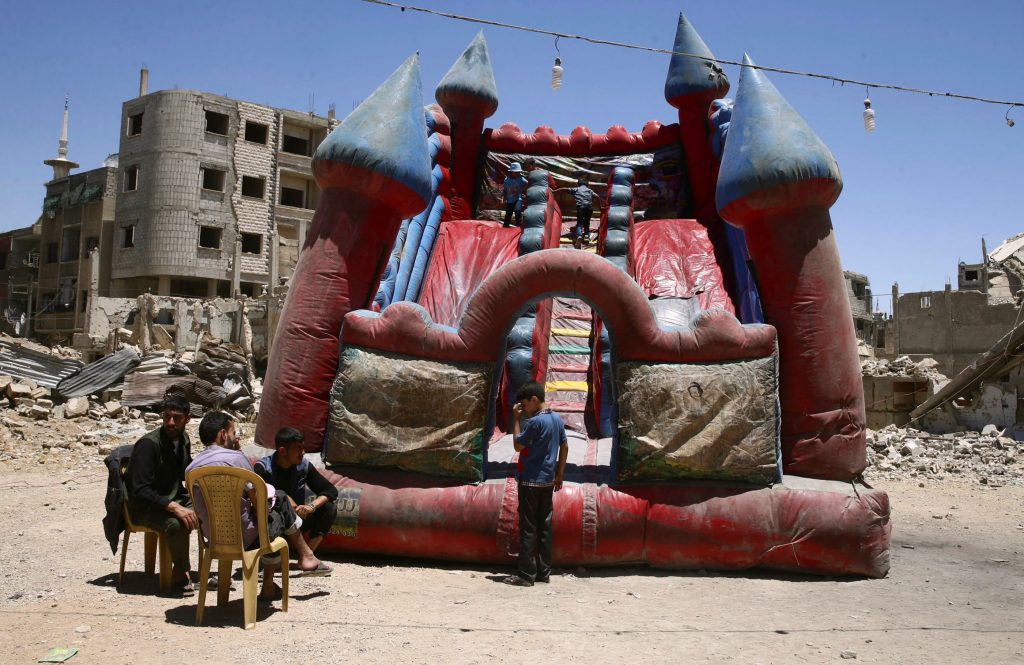 Children play inside an inflatable castle during Eid al-Fitr celebration in the rebel-held Douma neighborhood of Damascus in June. Photo by Bassam Khabieh/Reuters 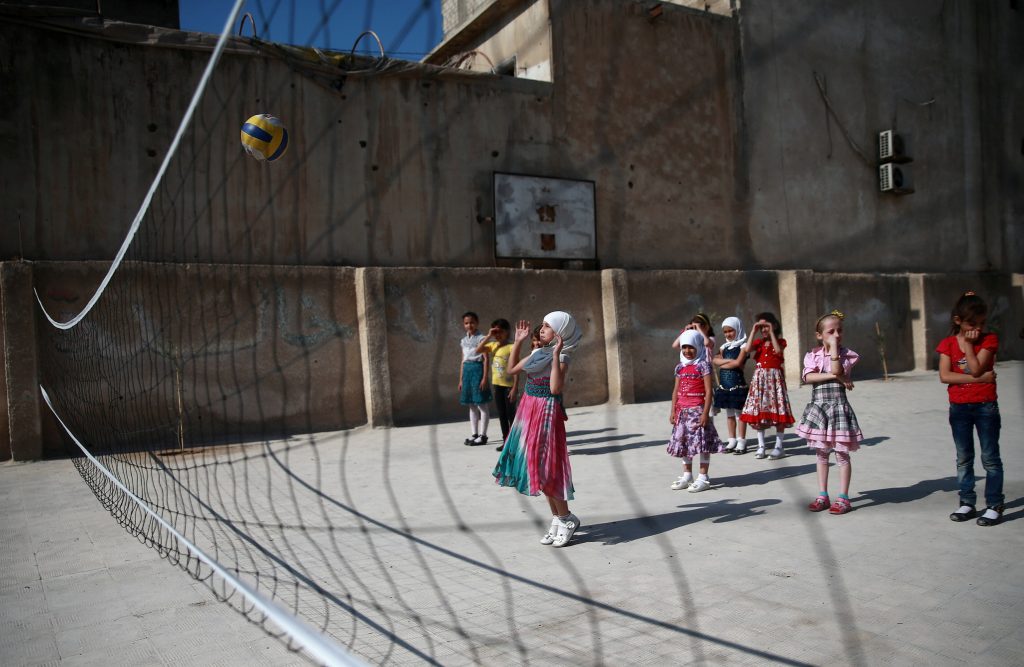 Students play volleyball at a school in Douma. A ceasefire was declared in southwestern Syria in July. Photo by Bassam Khabieh/Reuters 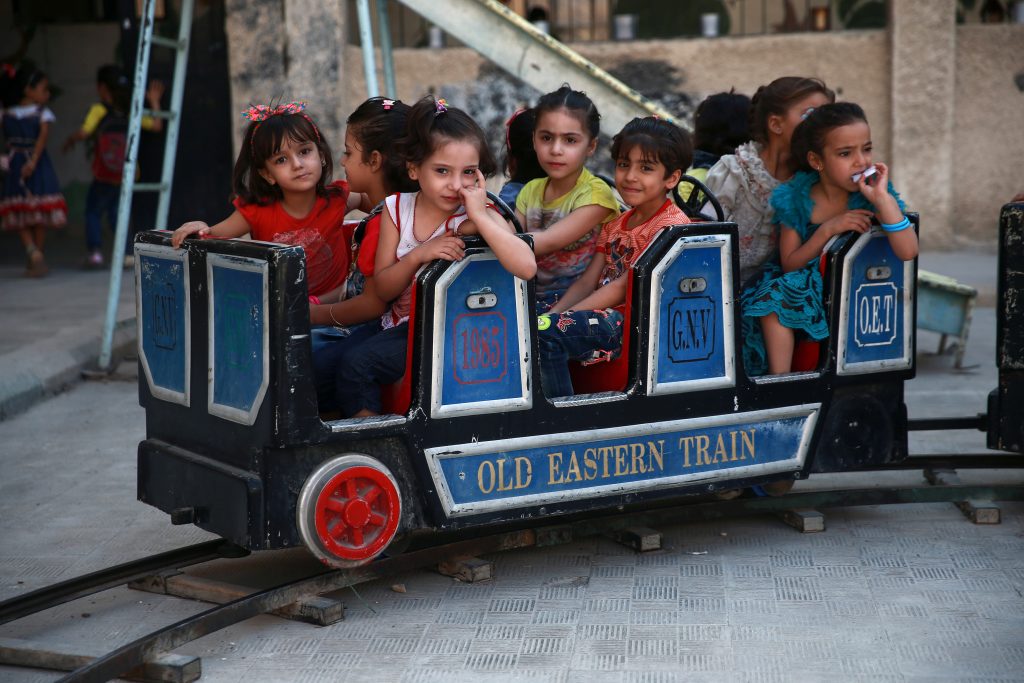 Students ride a miniature train at a school in Douma, near Damascus. About half of the Syrian population is either displaced within the country or in other countries. Photo by Bassam Khabieh/Reuters 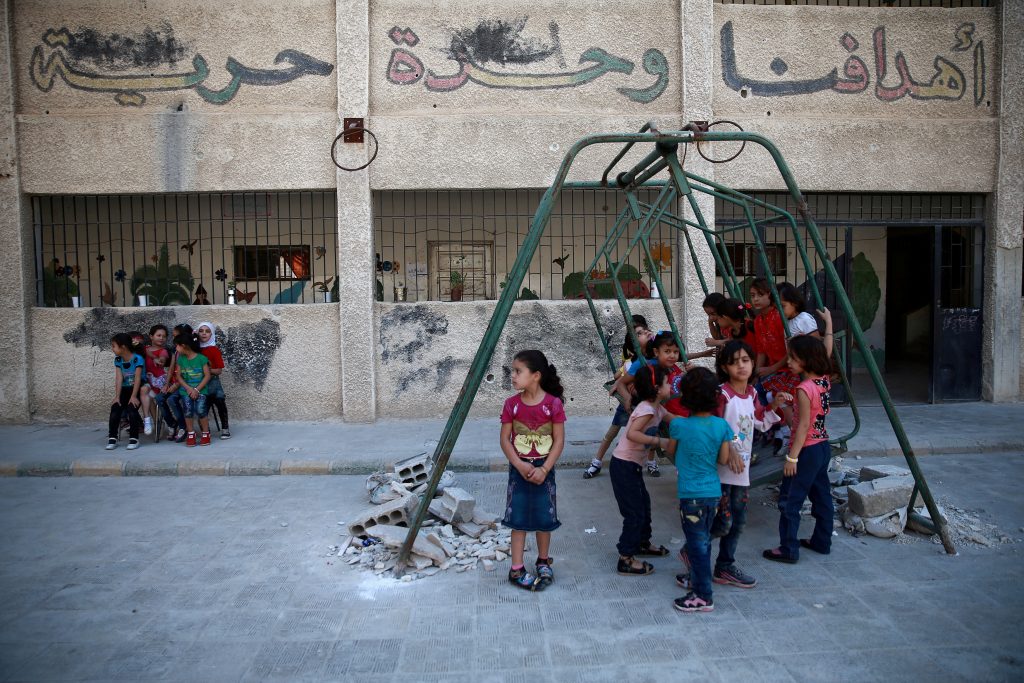 About 1.75 million children in Syria are no longer in school, according to UNICEF. Photo by Bassam Khabieh/Reuters

READ MORE: You asked: Are Syrian children getting the help they need?

Left: As the battle to retake Raqqa rages, children in Syria still find a way to play and be kids. Photo by Zohra Bensemra/Reuters