Photos: What happened to Haiti after Hurricane Matthew

Hurricane Matthew cut through southwestern Haiti on Tuesday, flooding towns and knocking out at least one major bridge, as it rolled toward Florida where it is expected to hit late Thursday.

The hurricane, with winds as strong as 145 mph, caused more than 100 deaths in Haiti, government officials said Thursday. Additional deaths in the region included four in the Dominican Republic, one in Colombia and one in St. Vincent and the Grenadines.

The hurricane tore roofs off homes and washed away a bridge in the town of Petit Goave. The danger of flash floods and mudslides remained even after the hurricane swept through.

“Haiti just suffered a drought and now has to deal with this,” said Holly Frew, emergency communication manager for CARE USA. “What crops they had were washed away. That will be a concern, helping people get their livelihoods back.”

Before the hurricane hit, CARE distributed food and clean water to evacuation sites, which was the biggest and most immediate need, said Frew. At first, only a few hundred people showed up, but as the storm approach, that number rose to 7,000, as people sought shelter from the pounding winds and rain, she said.

Concerns also include the spread of waterborne diseases, such as cholera which is already present in the country of 10 million people.

View photos of the destruction in Haiti below. 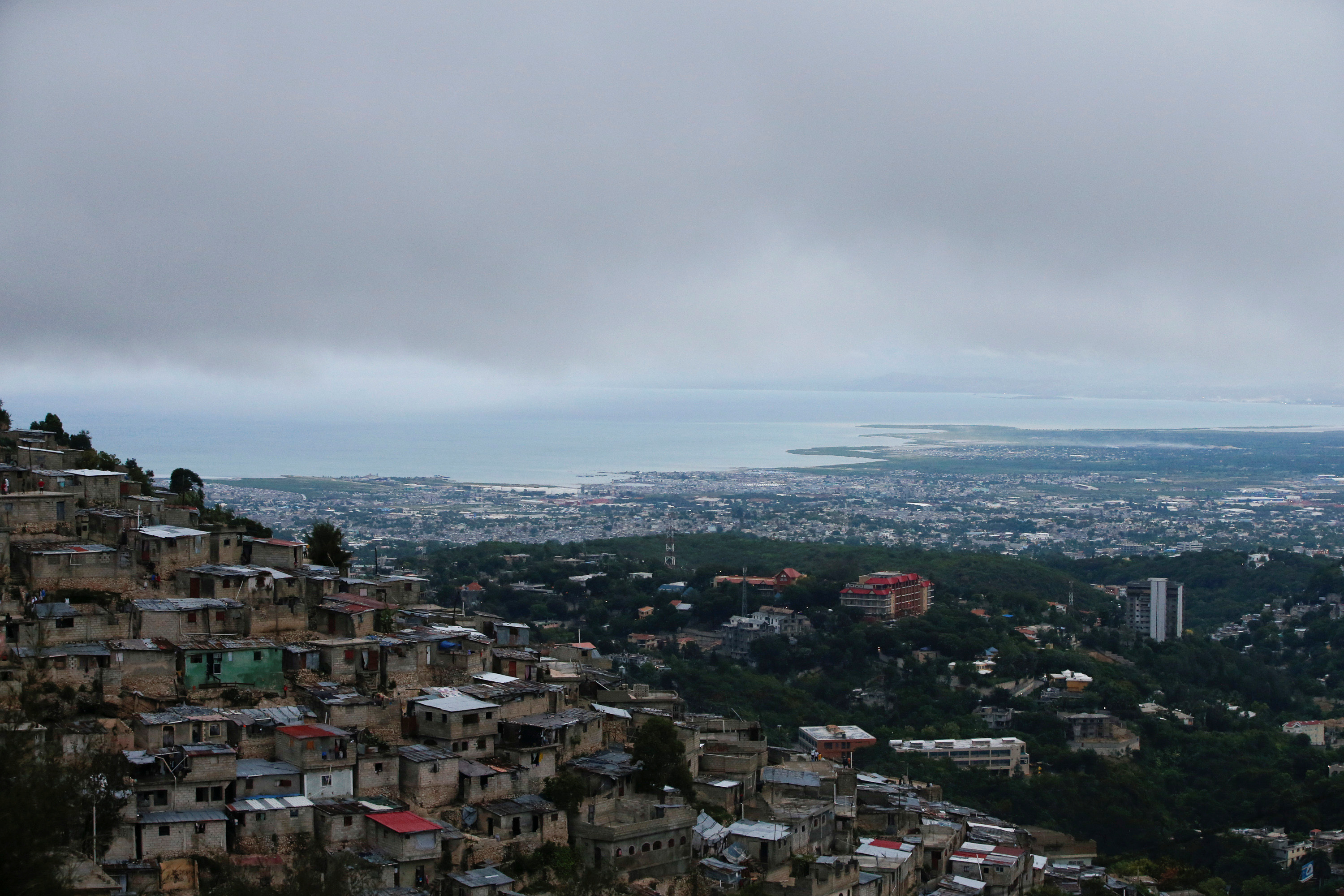 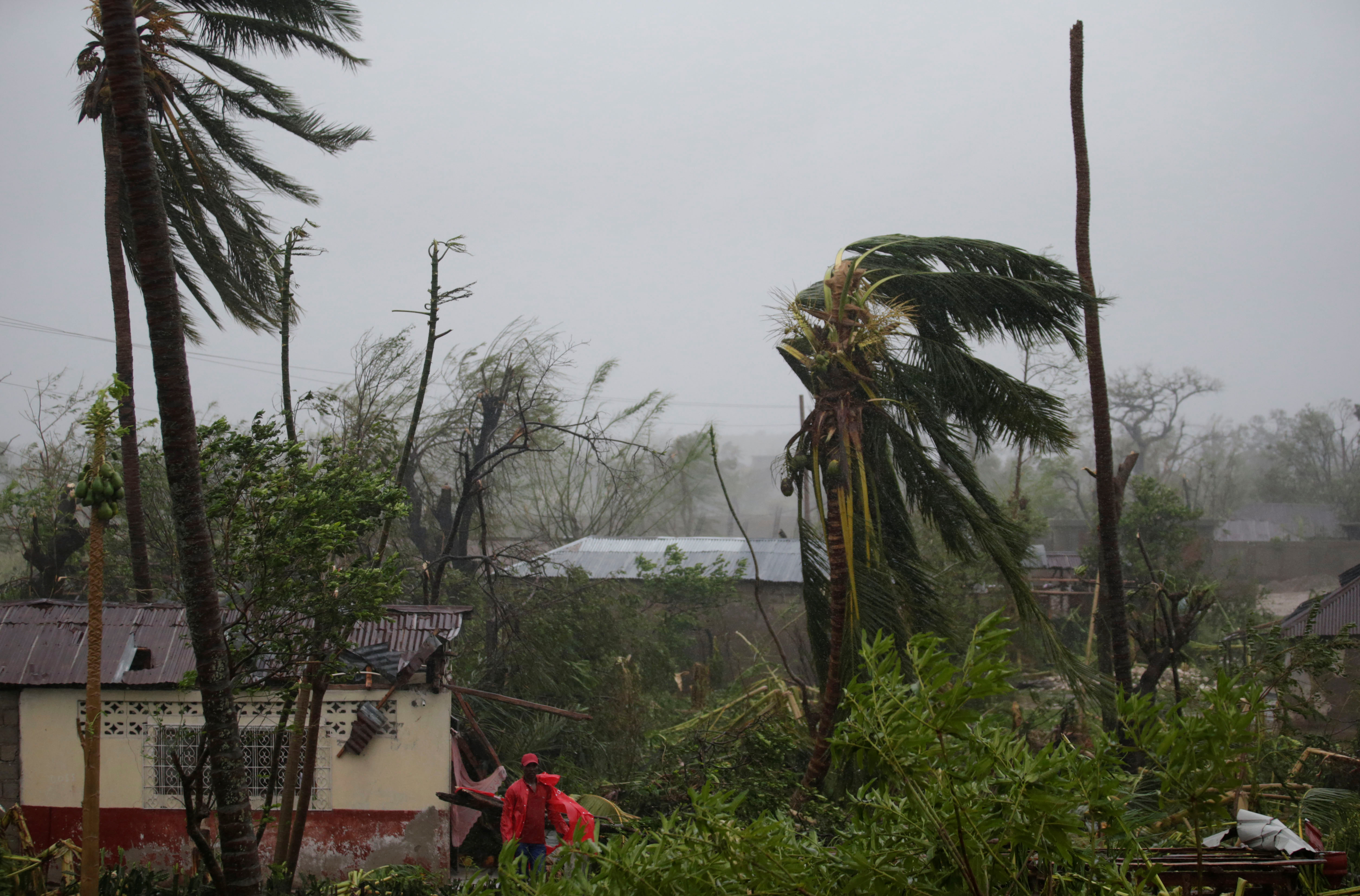 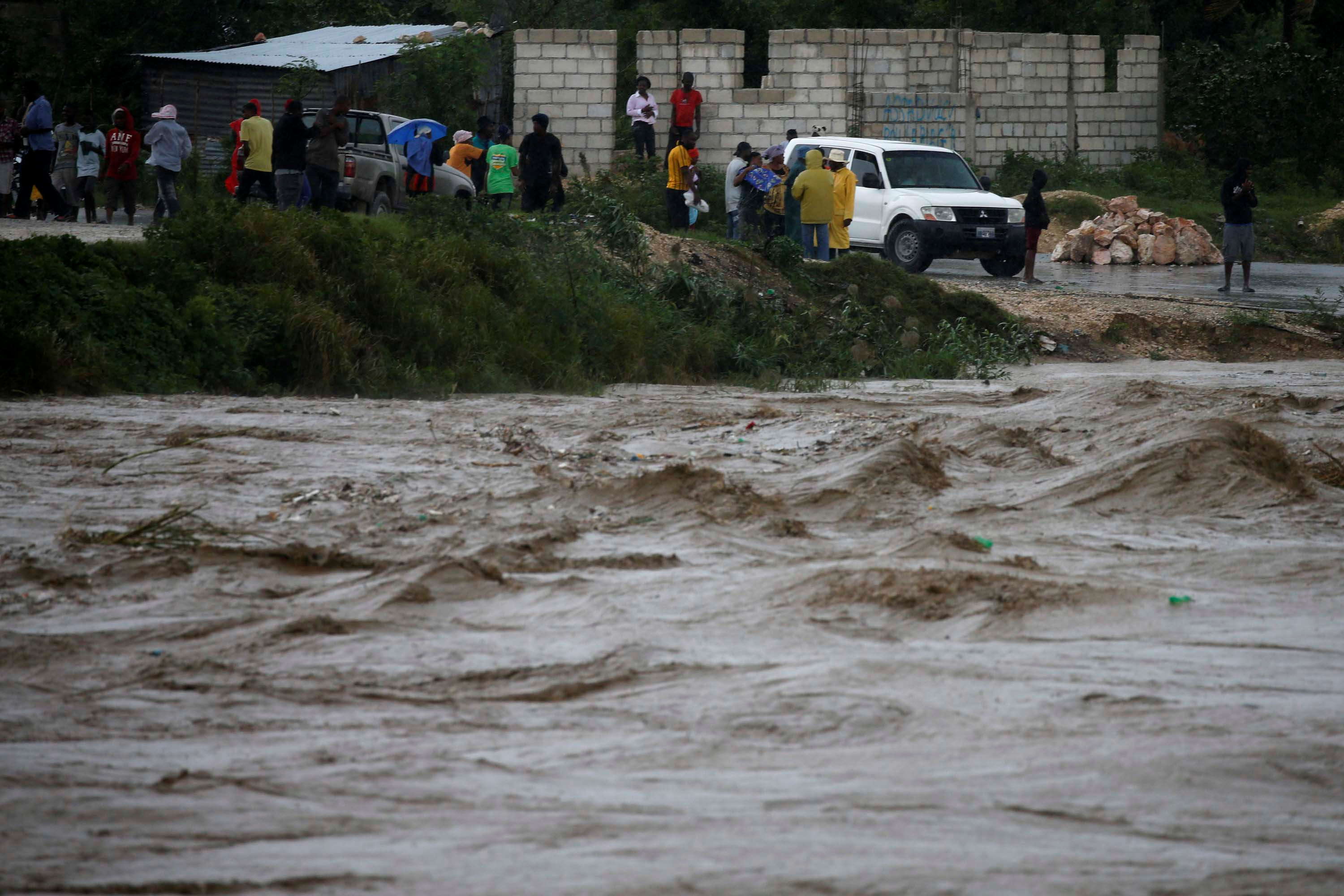 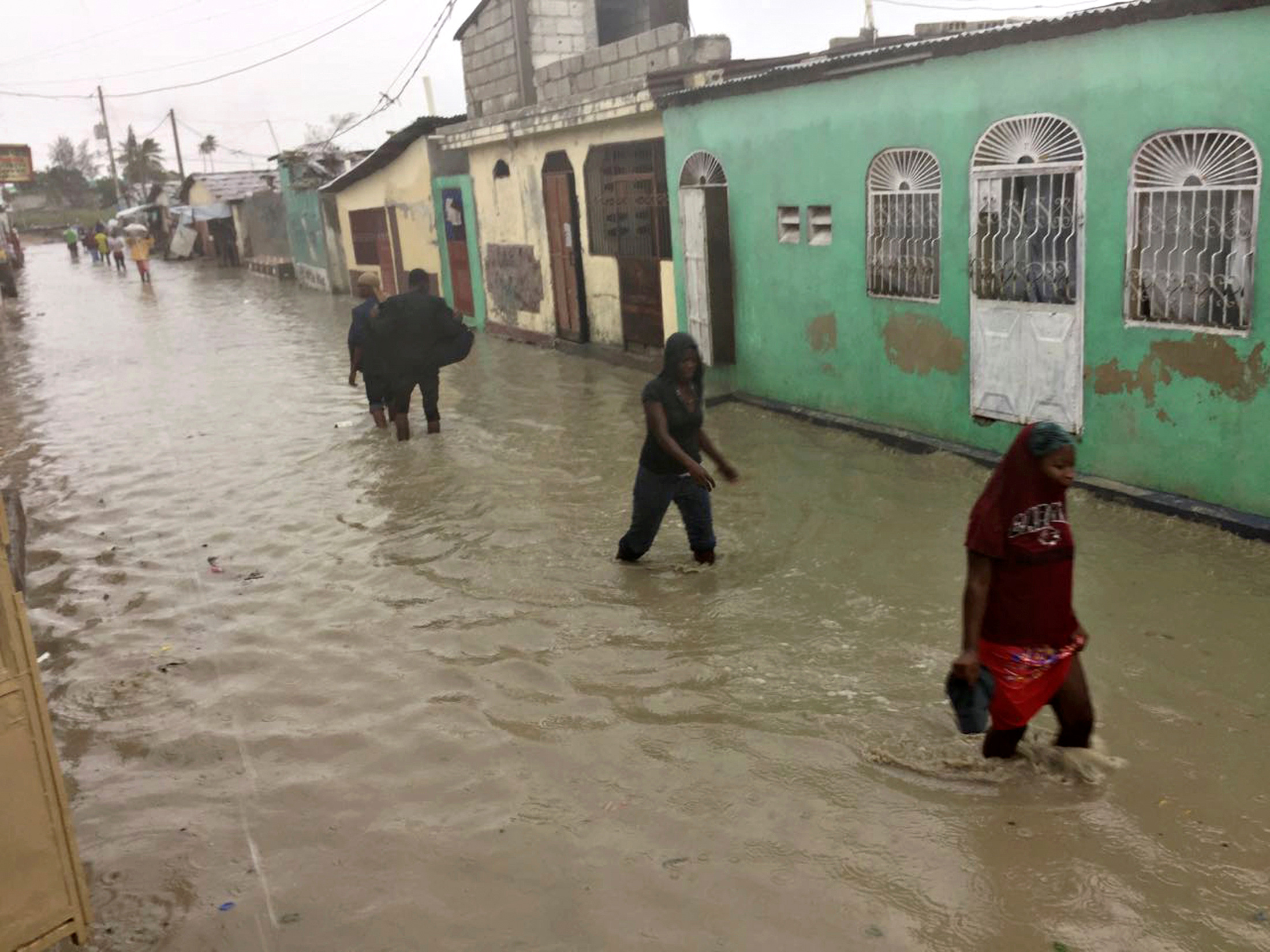 People wade through a flooded street in the impoverished Cite-Soleil neighborhood of Port-au-Prince. Photo by Carlos Garcia Rawlins/Reuters 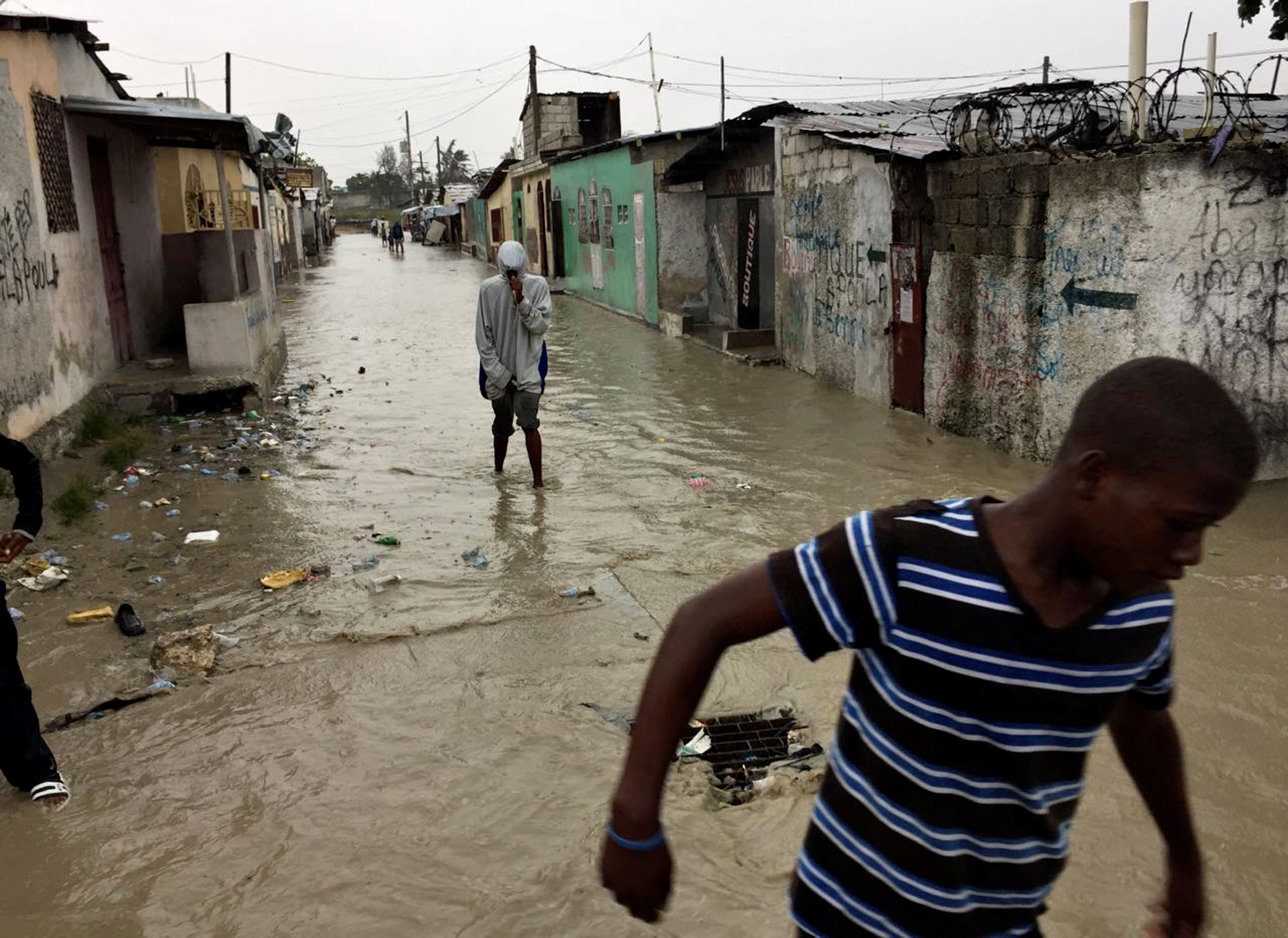 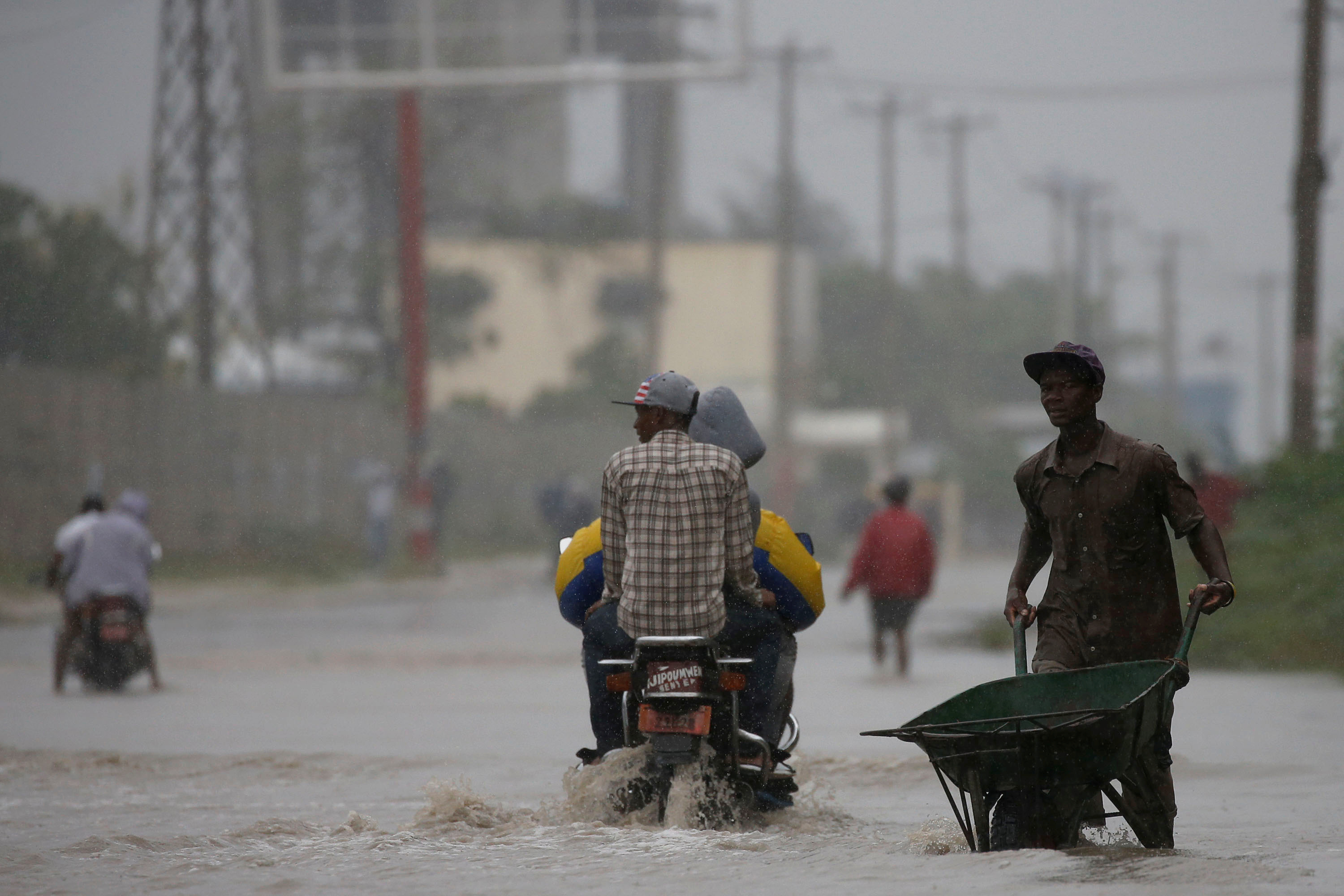 A man wades across a flooded street in Port-au-Prince. Photo by Carlos Garcia Rawlins/Reuters 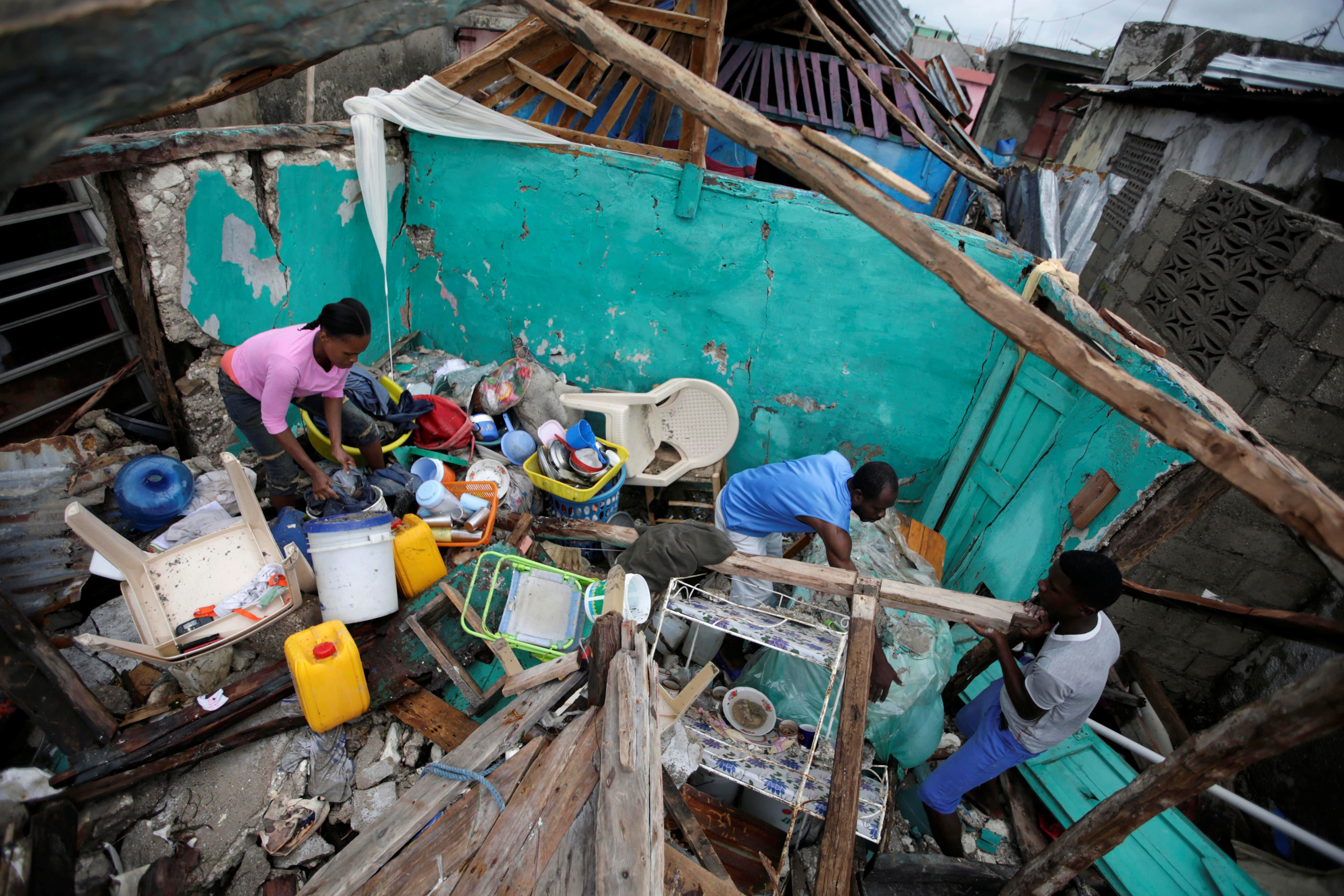 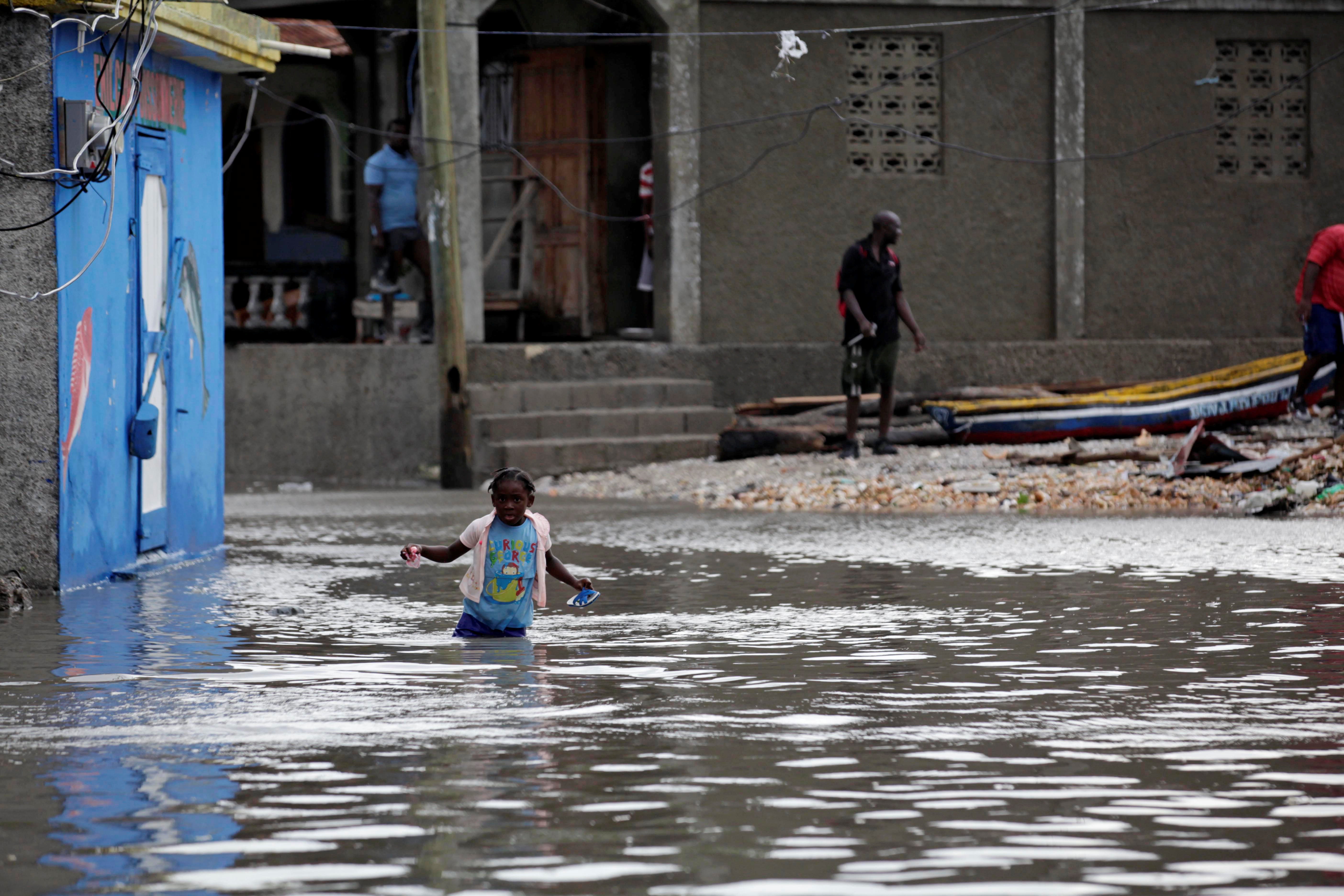 A girl walks through a flooded area in Les Cayes, where water was waist-deep. Photo by Andres Martinez Casares/Reuters 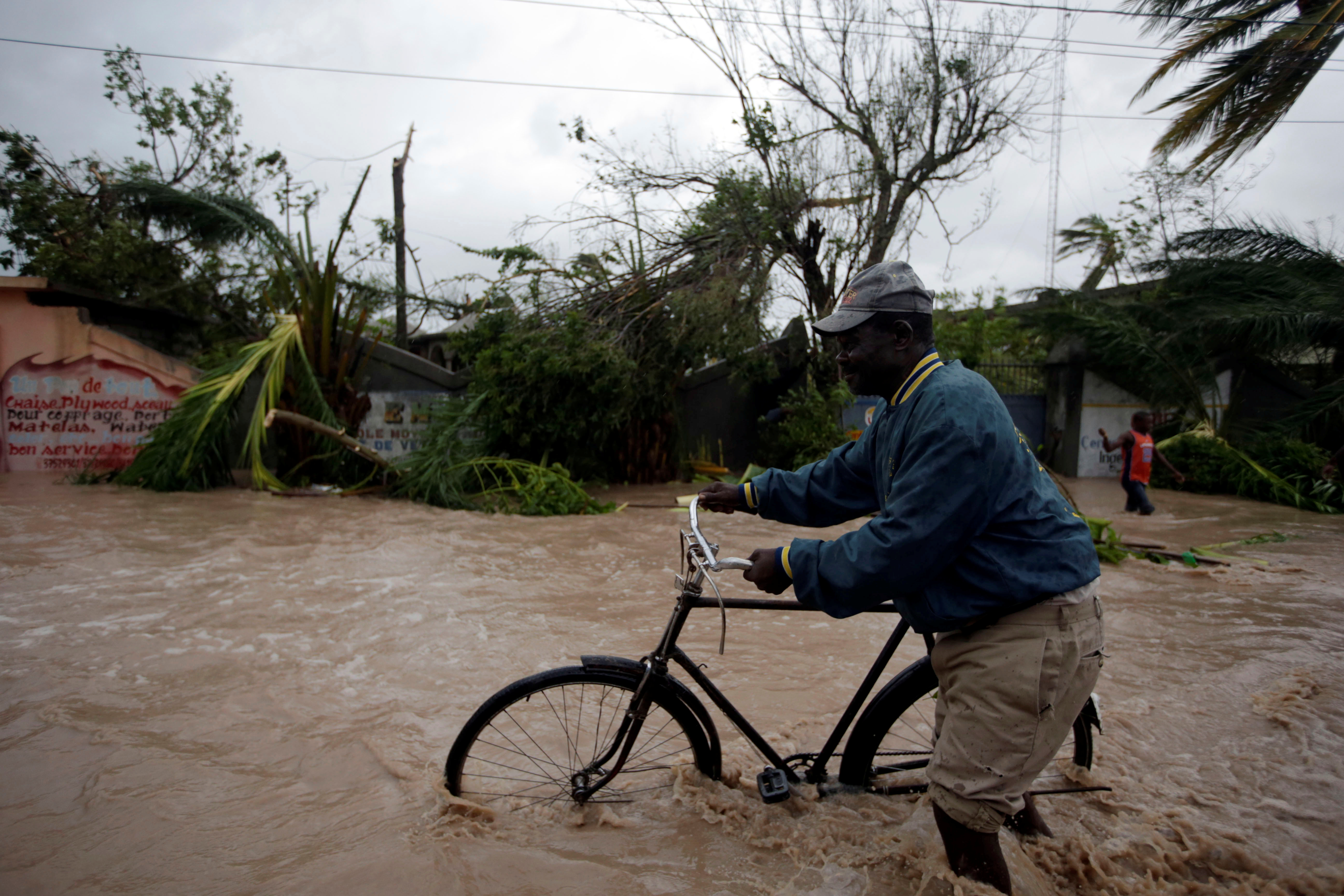 Les Cayes was one of the areas hit hard by Hurricane Matthew. Aid organizations stocked evacuation shelters with food and water ahead of time. Photo by Andres Martinez Casares/Reuters 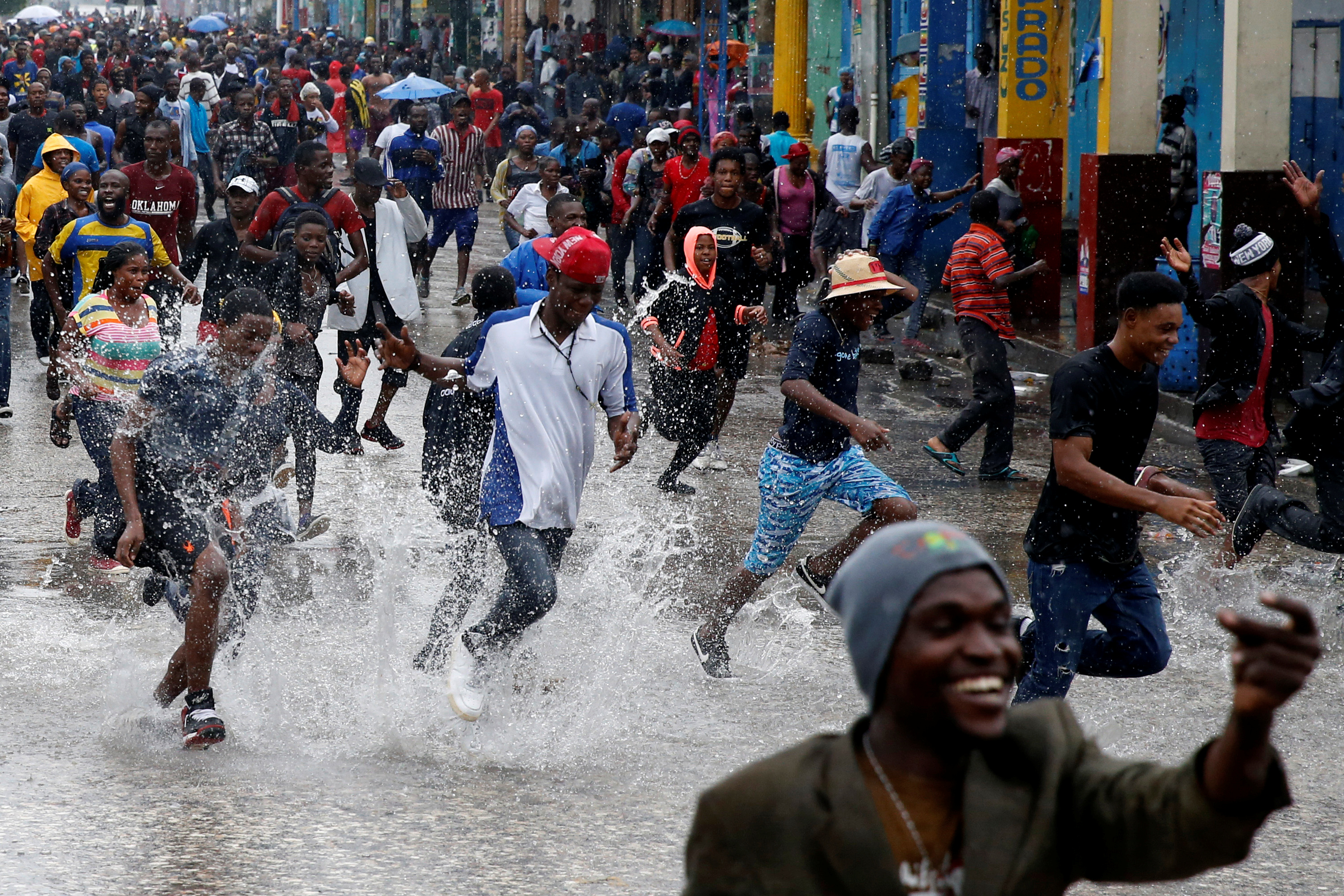 Supporters of the Fanmi Lavalas political party splash around in flood waters in Port-au-Prince. Haiti has planned a re-do election on Sunday, which is still expected to proceed despite the hurricane. Photo by Carlos Garcia Rawlins/Reuters

Left: People carry belongings through flooded streets in Port-au-Prince. Haiti experienced a drought earlier in the year, and now the impacts of Hurricane Matthew. Photo by Carlos Garcia Rawlins/Reuters