Lebanese protesters clashed with police over the weekend, fed up with the government’s inability to collect trash over the past few weeks. But the protests turned to mocking when security forces erected a concrete wall around government buildings in Beirut.

We have our very own Berlin Wall now.

So much for awareness of symbolism, state erects wall almost exactly where divide between West and East Beirut was: pic.twitter.com/lyrjx7fn9u — Karl Sharro (@KarlreMarks) August 24, 2015

Organizers of the “You Stink” campaign called off large-scale protests after police fired rubber bullets and doused demonstrators with water hoses. The movement is now calling for the removal of government officials because of a gridlocked political system.

In addition to the trash pickup problem, the government is dealing with a dilapidated water and electricity system and a growing population of Syrian refugees. The power-sharing government has been operating without a president for 15 months, and the parliament has lengthened its term twice without elections.

Interior Minister Nouhad Machnouk toured the streets in Beirut, defended the actions of police and rejected calls for his resignation. Cabinet officials are holding an emergency meeting on Tuesday over the protests. 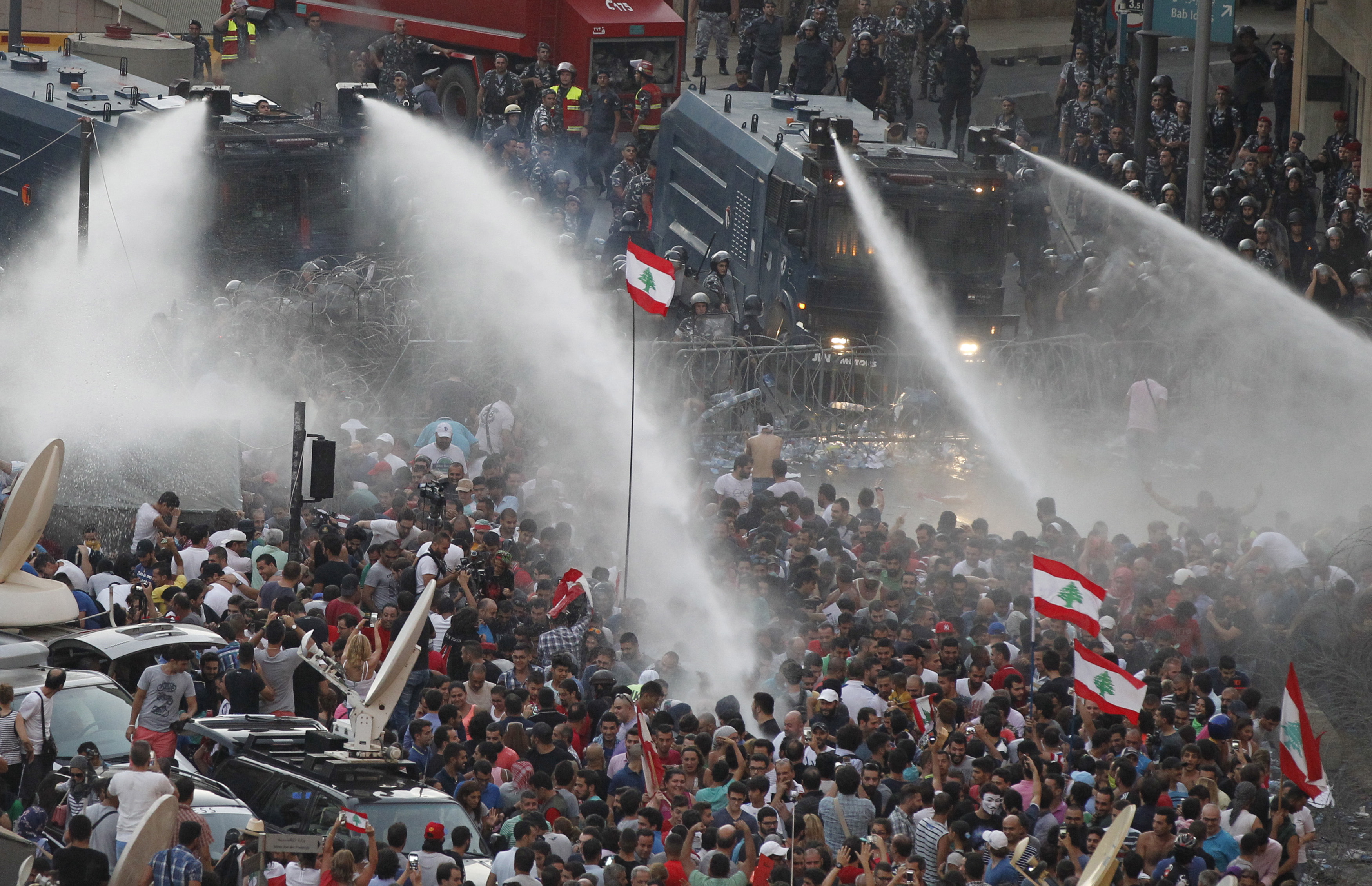 Lebanese protesters are sprayed with water during a demonstration against the government near Prime Minister Tammam Salam’s offices in Beirut on Aug. 23. Photo by Mohamed Azakir/Reuters 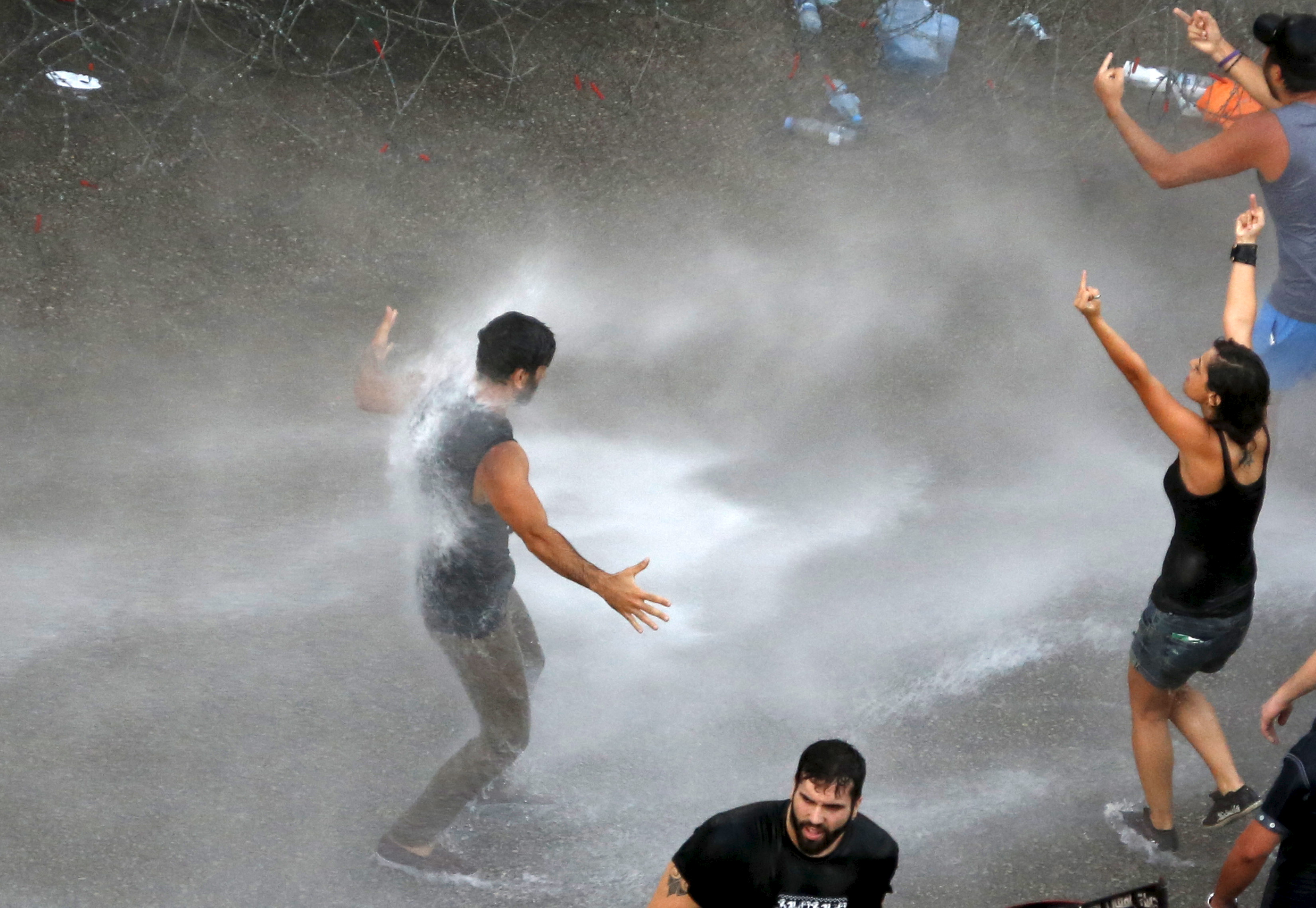 Lebanese protesters are sprayed with water during a demonstration against corruption and garbage collection problems near the government palace in Beirut on Aug. 22. Photo by Jamal Saidi/Reuters 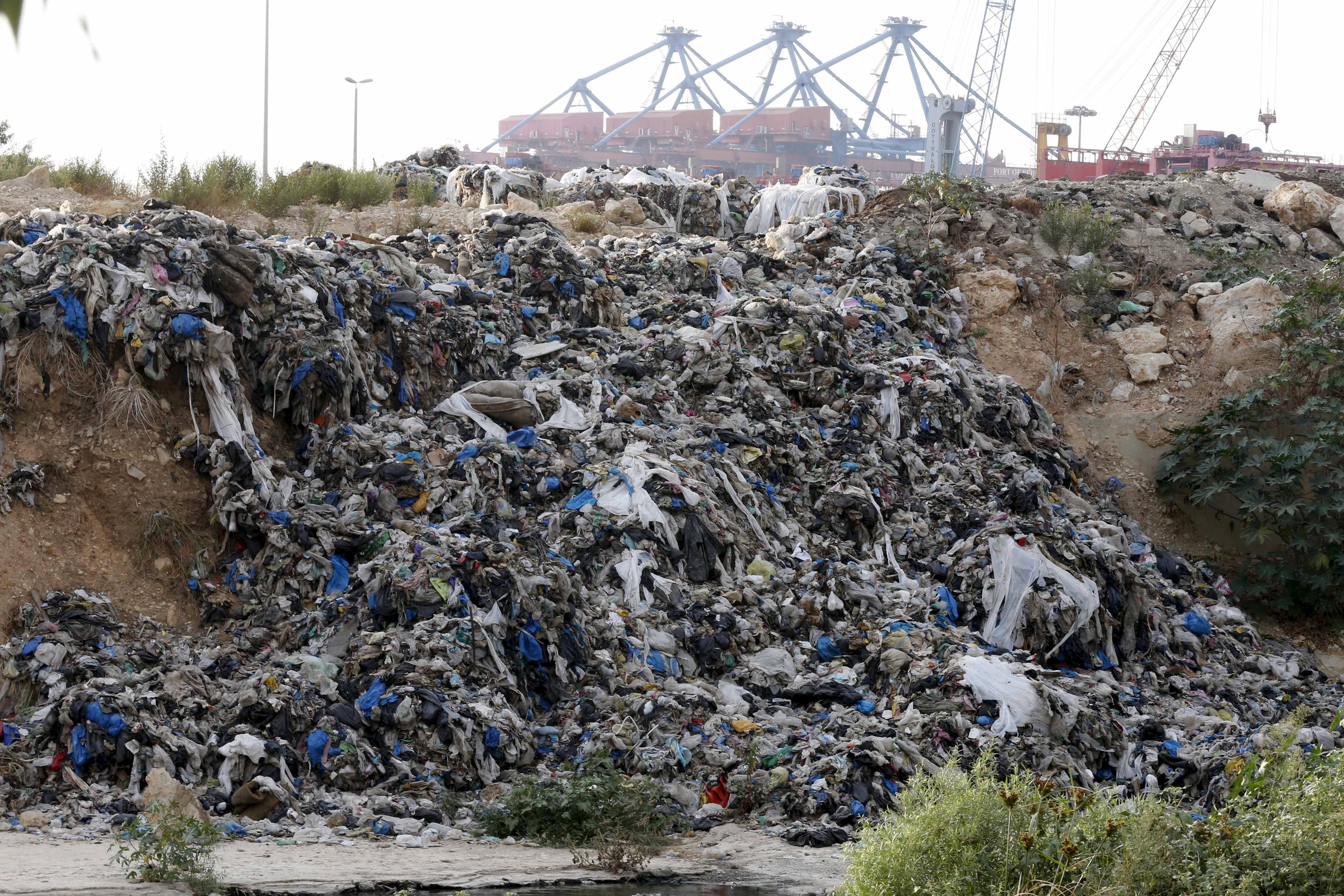 Garbage cascades down the bank of the Beirut River in Lebanon on Aug. 24. Organizers of the “You Stink” campaign called for fresh demonstrations against the government for failing to solve a garbage disposal problem. Photo by Mohamed Azakir/Reuters 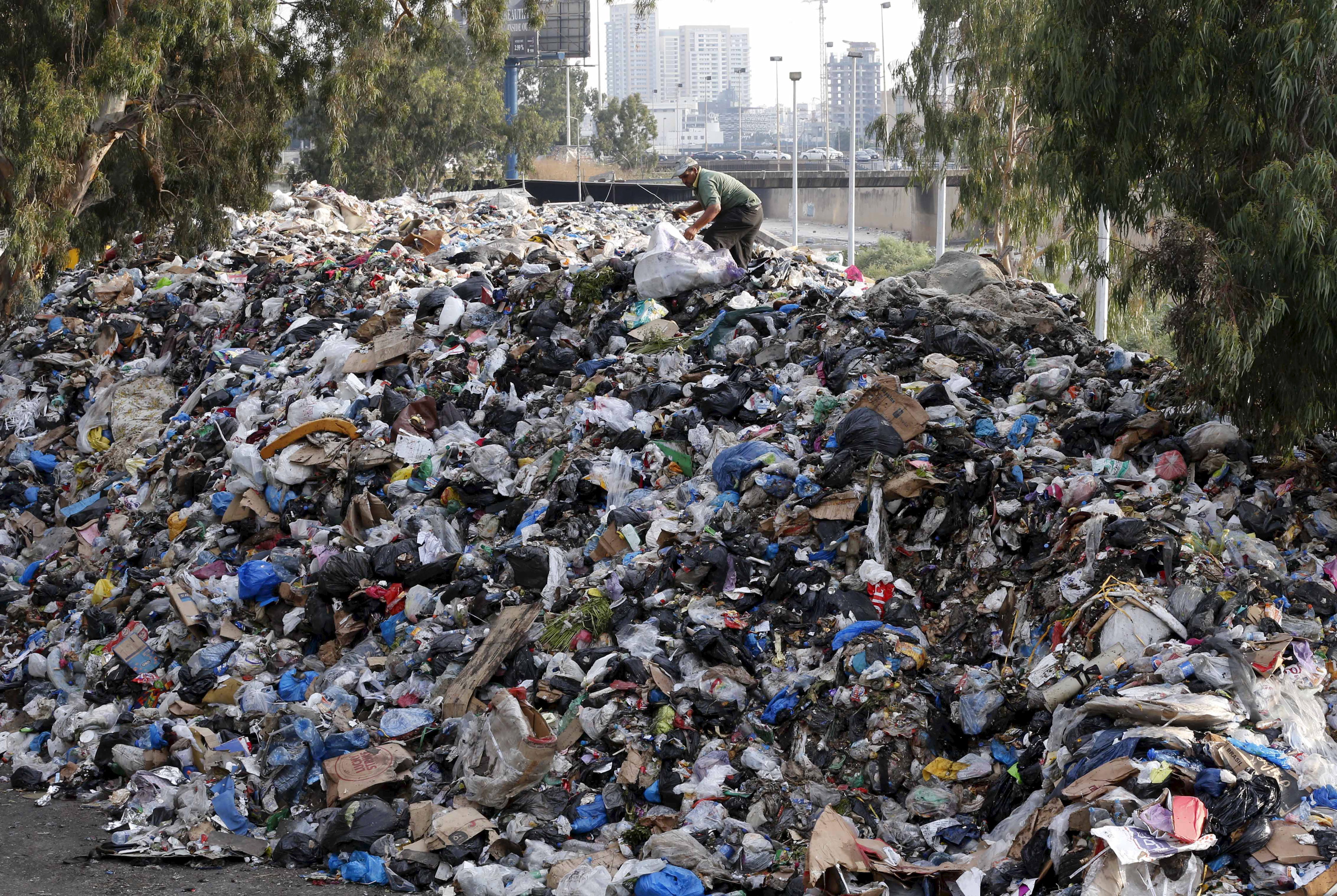 A man sifts through garbage piled on the bank of the Beirut River in Lebanon on Aug. 24. Photo by Mohamed Azakir/Reuters 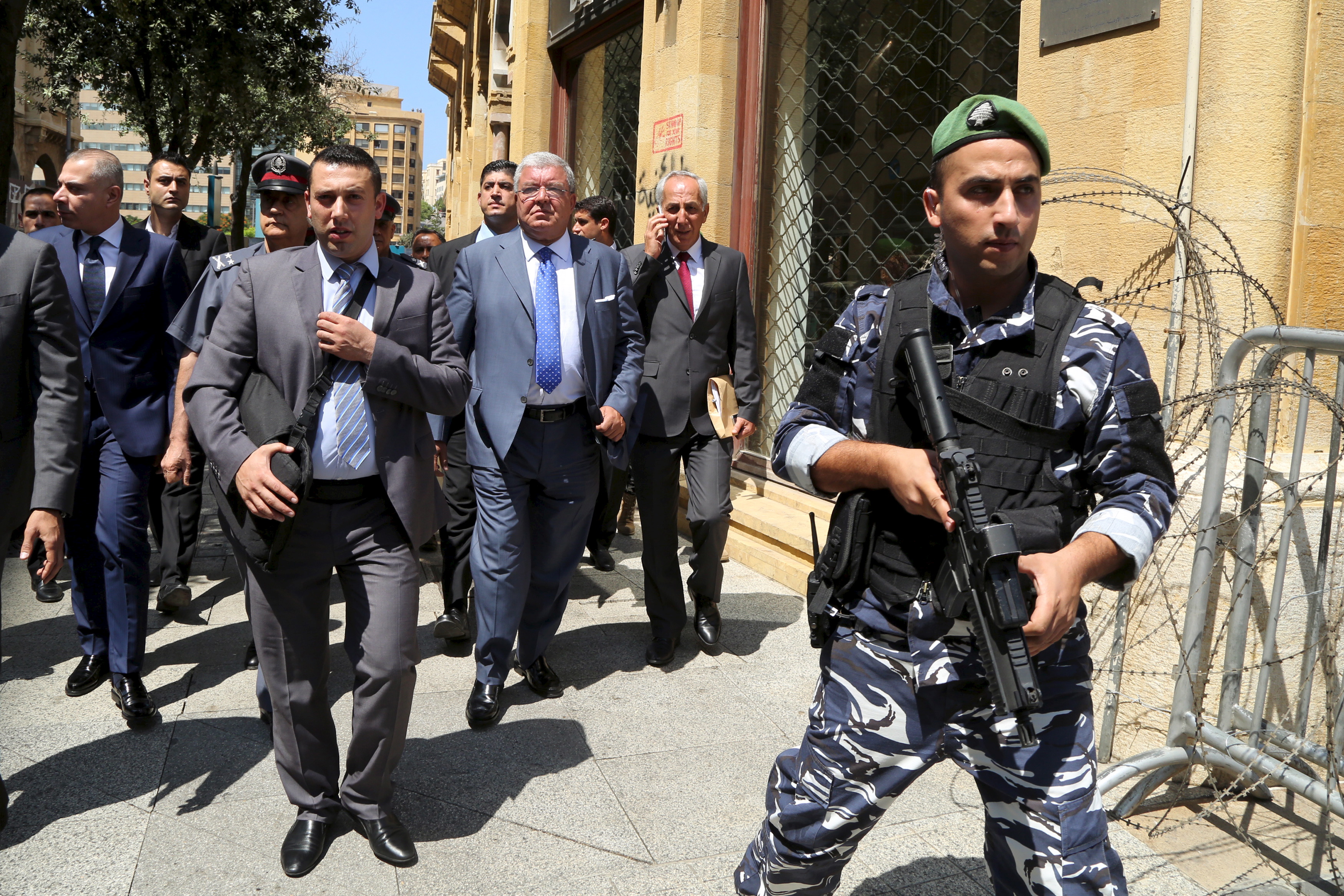 Lebanese Interior Minister Nouhad Machnouk (center) tours the streets of Beirut on Aug. 24, a day after protests against the government turned into violent clashes with police. Photo by Aziz Taher/Reuters 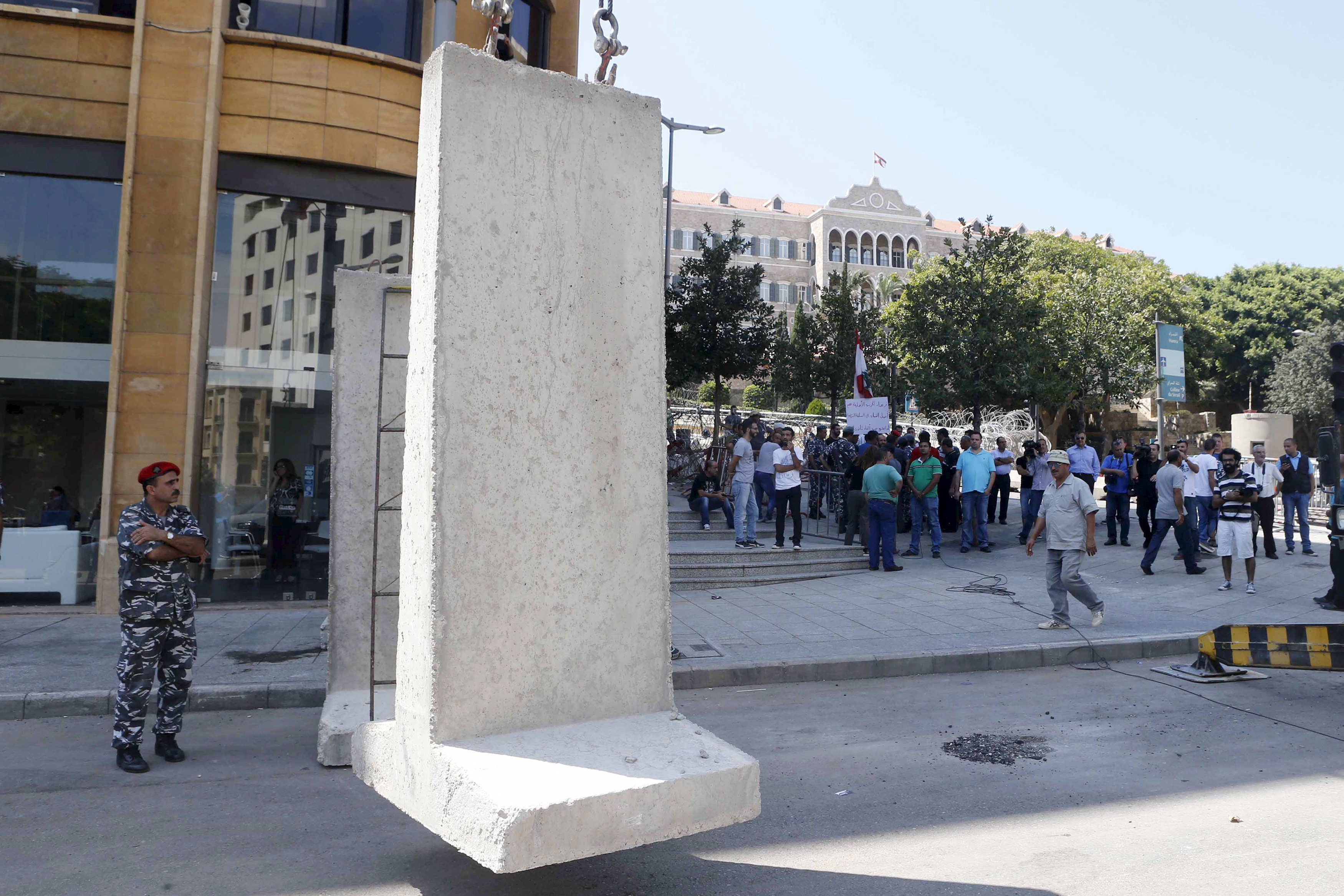 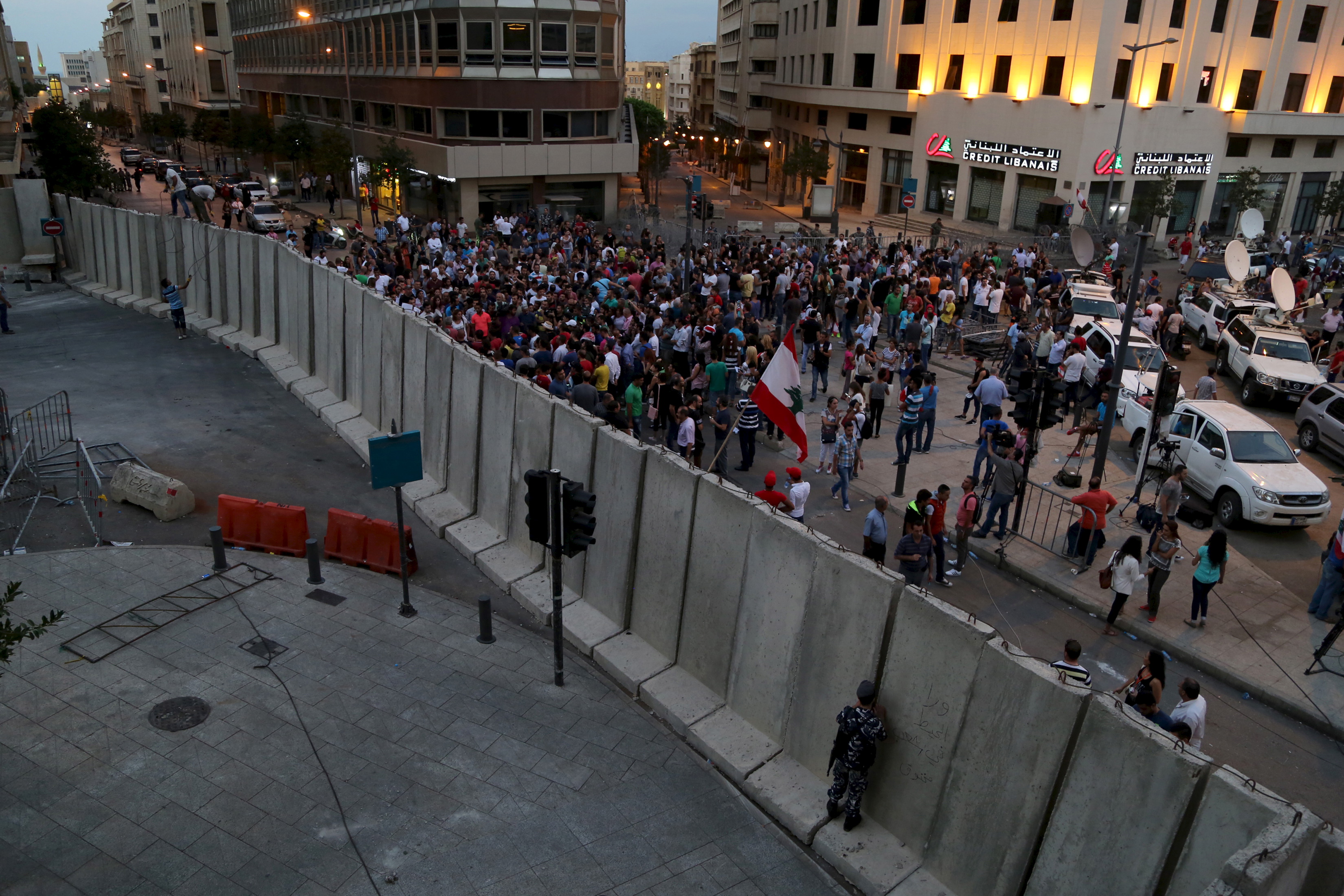 A member of Lebanon’s security forces peeks through a concrete wall erected around the government palace in Beirut on Aug. 24. Photo by Aziz Taher/Reuters 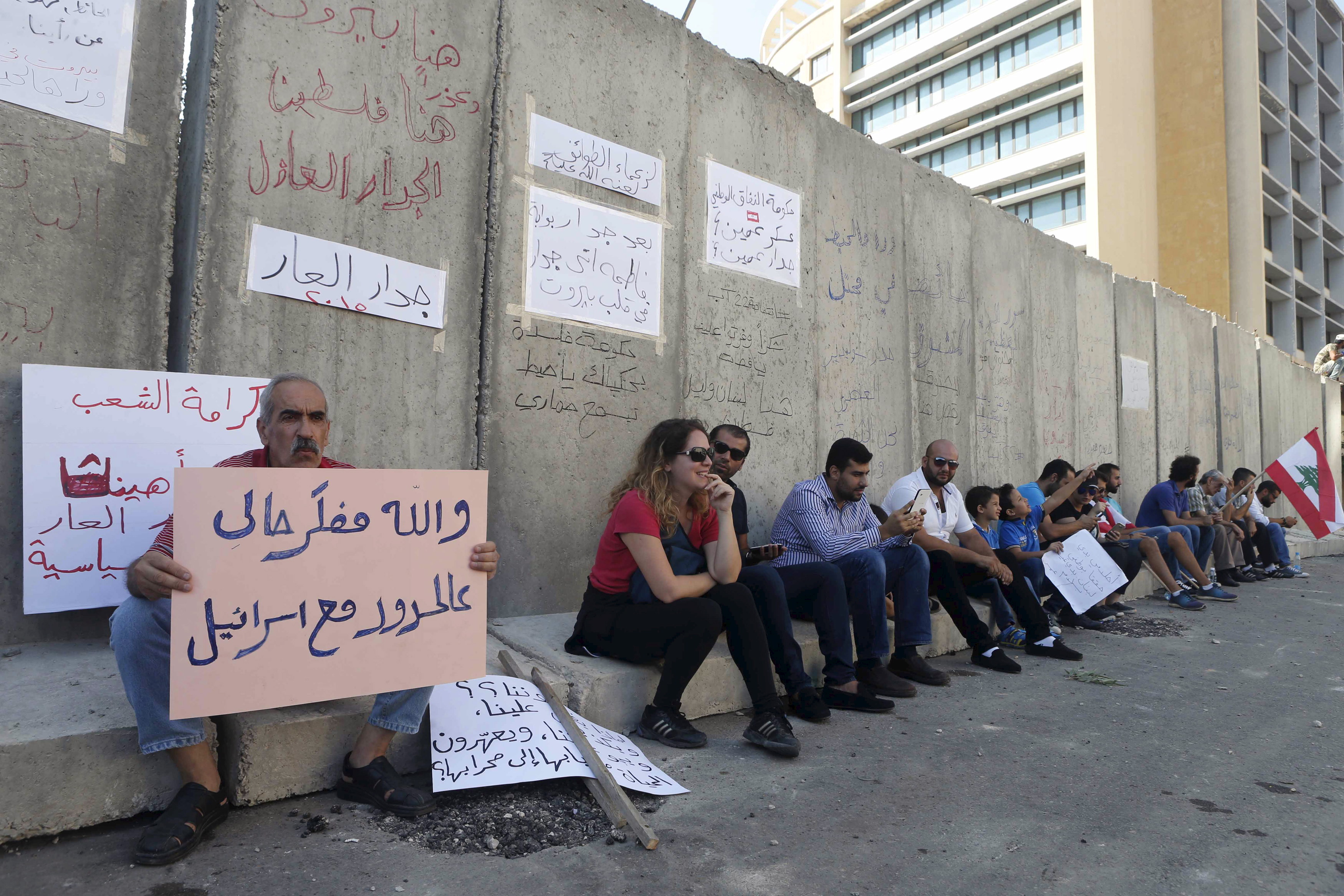 People sit along a concrete barrier erected by security forces on Aug. 24 to protect government buildings after protests over corruption turned violent. One banner reads, “I swear to God, I thought I was at the borders with Israel.” Photo by Mohamed Azakir/Reuters 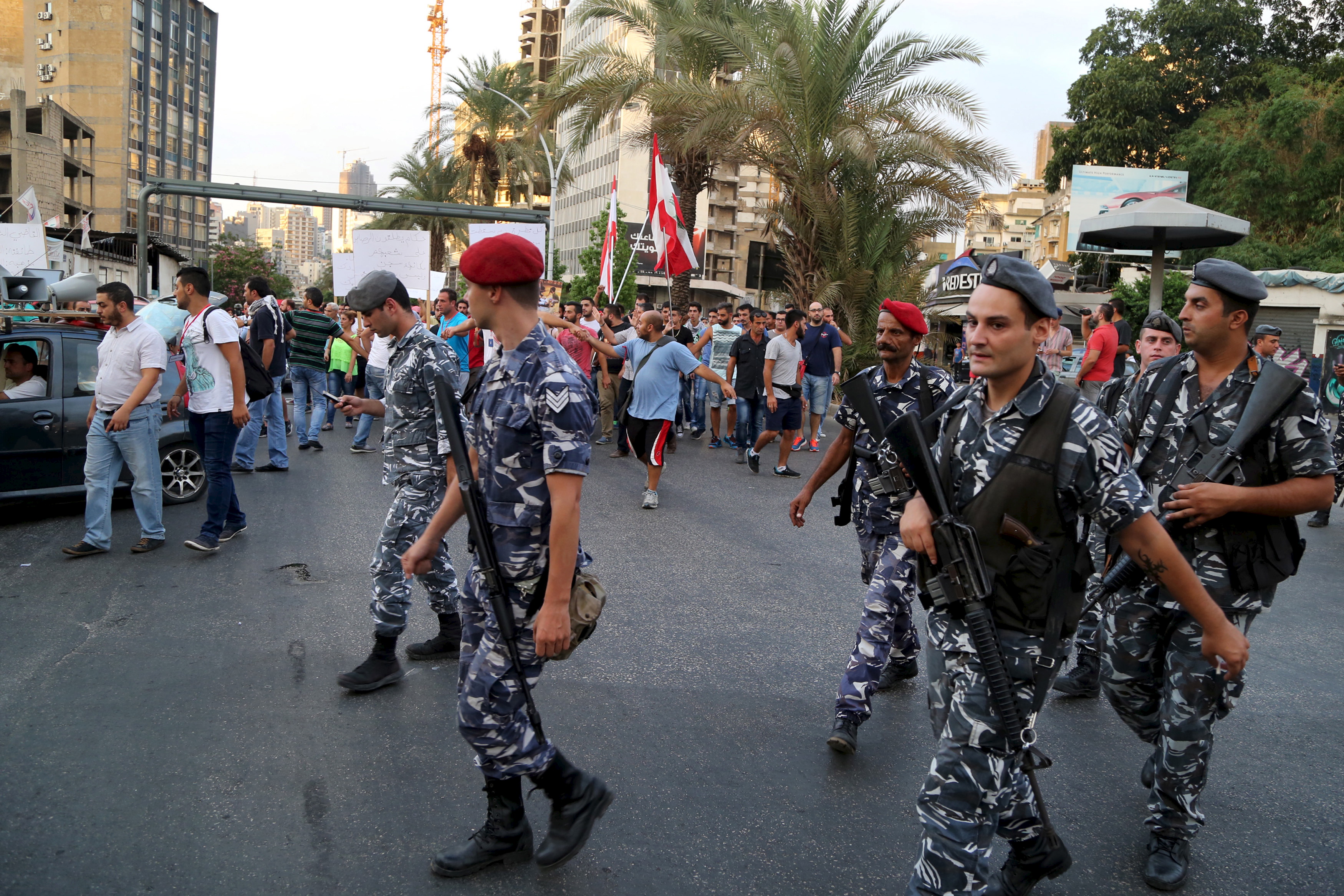 Members of Lebanon’s security services escort demonstrators marching toward the government building in Beirut on Aug. 24. Several hundred Lebanese protesters chanted anti-government slogans as they marched on Monday after two days of much larger rallies that descended into violence. Photo by Aziz Taher/Reuters