Ecuadorians faced more aftershocks this week as they continued to comb through the rubble caused by Saturday’s deadly earthquake.

At least 587 people have died and thousands more were wounded in the 7.8-magnitude quake that hit the South American nation on April 16. More than 23,000 people have lost their homes.

PBS NewsHour Weekend anchor Hari Sreenivasan spoke with Ninja Taprogge, an aid worker with CARE, on Friday about how the residents are faring. 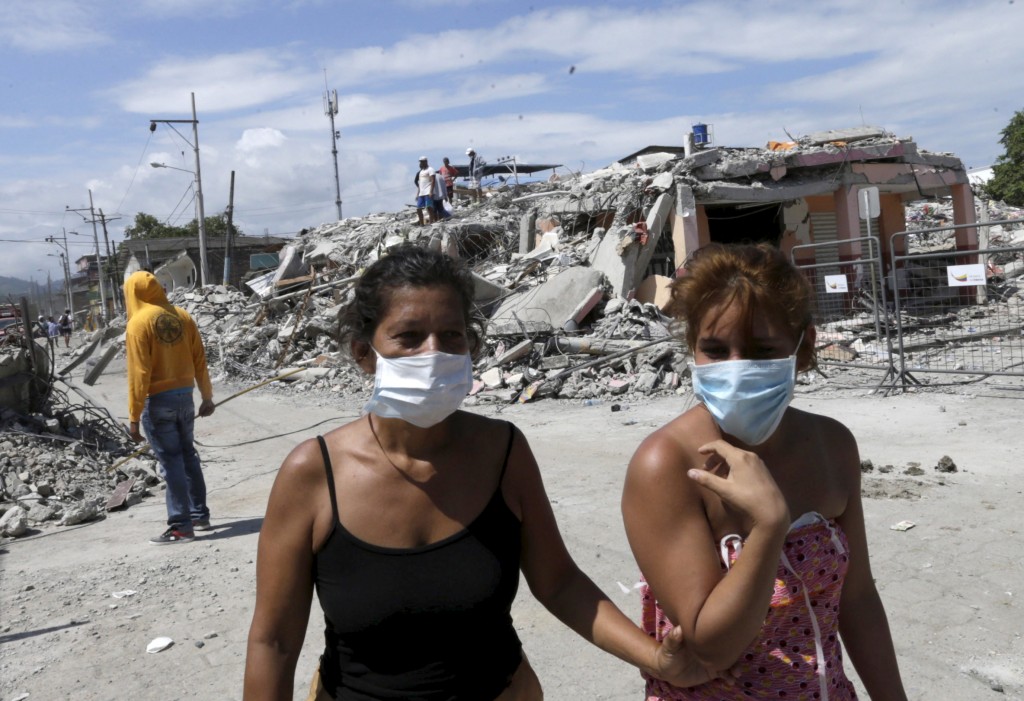 Residents walk past a collapsed home on April 19 in Pedernales, Ecuador. Photo by Henry Romero/Reuters

“The situation is just terrible,” said Taprogge. Upon arrival, “the first thing that came to my mind is that there’s a really bad smell of dead bodies everywhere. It really touched my heart.”

Because of the continued tremors, people are choosing to camp in the mountains rather than remain in the cities. “They are totally afraid to stay there,” she said. 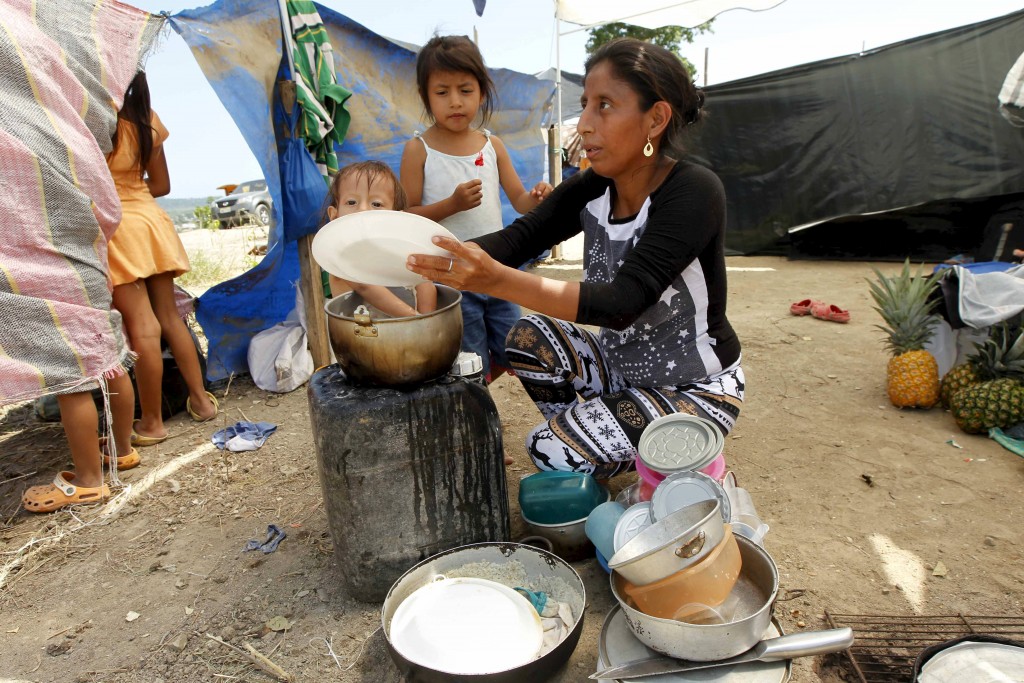 A family takes refuge at a temporary camp on a hill close to Jama on April 19 after an earthquake struck off Ecuador’s Pacific coast. Photo by Guillermo Granja/Reuters

Aid organizations are distributing bottled water and mosquito nets to the homeless to try to stave off the Zika virus and other mosquito-borne diseases.

Although roads so far are basically passable, the clean-up process is arduous because of the lack of heavy-duty equipment. “People are using their hands to get debris out of their houses,” Taprogge said. “It will take years to build back safer.”