NEW YORK – World leaders approved an agreement on Monday aimed at providing a more coordinated response to the growing refugee crisis. The new game plan addresses the 65 million people who have had to flee their homes in 2015.

“We are one team, and I’m asking you to do your utmost effort,” said U.N. Secretary-General Ban Ki-moon at a refugee forum held on the sidelines of the U.N. General Assembly. Ban, who was 6 years old when the Korean War broke out, had to leave his home in South Korea. Now, when he visits refugee camps around the world, he tells those living there: “I was one of you.”

With no end in sight to current conflicts in Syria, Afghanistan and South Sudan, the mountainous refugee crisis is going to get even worse, said Filippo Grandi, the top U.N. refugee official. The world’s mass migration is also caused by those seeking better economic opportunities.

“For decades, we treated refugee crises as a humanitarian crisis,” but those stop-gap measures are no longer sufficient, said Grandi, a day before the signing. The current crisis needs a longer-term fix, he said.

He and others view the U.N. declaration as a first step.

Yusra Mardini, 18, fled with her sister from Syria one year ago. They took a boat across the Aegean Sea, and when the engine died, she and several others pulled the vessel, containing 20 other refugees, to Greece’s shore.

Once the girls made it to Germany, Mardini took up swimming again and made the first-ever all-refugee team competing in last summer’s Olympic Games. 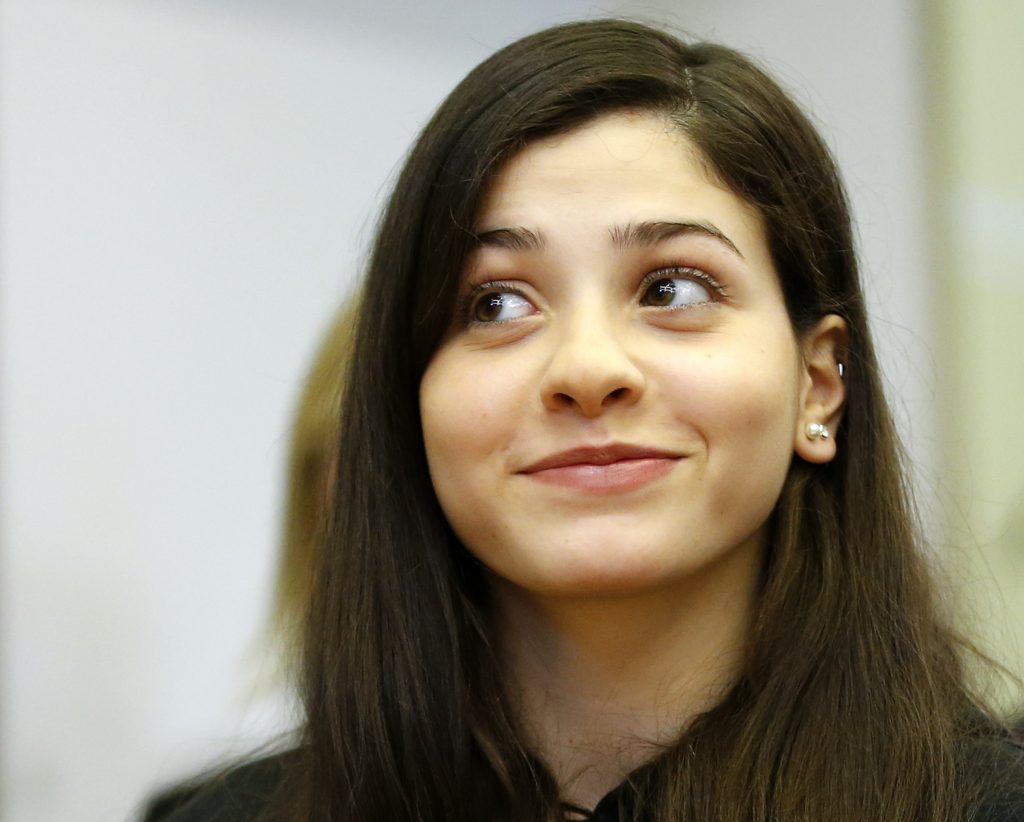 “I used to feel ashamed, because people called me ‘refugee,’” she said at a conference on Monday. But “this experience has given me a voice. … We are bodies without souls when we leave our dreams behind.”

Her parents are still in Syria, waiting to reunite with their daughters.

The refugees started the perilous journey across the Aegean Sea when they realized that Europe was their best hope to get jobs and send their children to school, said Melissa Fleming, spokeswoman for the U.N. refugee agency.

At first, they were accepted with open arms. “People actually applauded their arrival at train stations,” bringing them teddy bears and baked goods, she said. 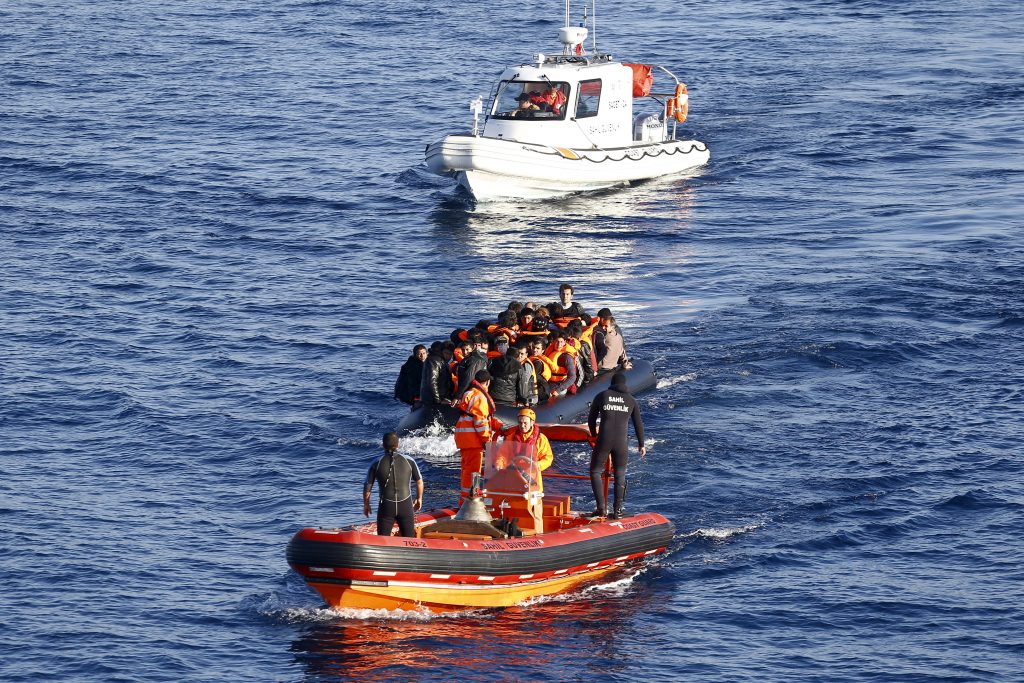 A Turkish Coast Guard helps pull a boat filled with refugees and migrants in the Aegean Sea. Photo by Umit Bektas/Reuters

But some European countries soon became concerned about the sheer numbers of refugees coming — there are more than 1 million Syrian asylum-seekers in Europe, according to the U.N. — and some nations started closing their borders.

One of the problems is Europe lacks a well-established resettlement program, said Jennifer Sime, senior vice president of U.S. programs at the International Rescue Committee.

In the U.S., meanwhile, President Barack Obama pledged to accept 10,000 Syrian refugees by the end of the fiscal year on Sept. 30. As of last week, the U.S. has taken in 11,958 Syrian refugees, Sime said.

“It may seem small, but the U.S. is still the country that resettles the most refugees,” about 85,000 total per year, she said. “Of course, more needs to be done.”

With most refugees in neighboring countries, the host countries need to feel like it’s not just the refugees getting the attention, said Helen Clark, administrator of the U.N. Development Program.

“We need to support the host countries, because there is a feeling that the international community is interested in refugees, ‘not us,’” she said.

There are practical things that other countries can do, Clark said. For example, Jordan, which hosts more than 600,000 refugees from Syria alone, has overloaded landfills. A $9 million grant from Canada enabled Jordan to reconfigure the landfills to cope with the increase in garbage, and now it is looking to introduce recycling and create more jobs, she said.

Such contributions help ease the burden a little, she said. “I’m not saying there aren’t tensions,” she said — just that the tensions could be worse.

Left: A refugee child stands outside her tent on the Hungary-Serbia border. Photo by Laszlo Balogh/Reuters