When refugees scatter, here’s how family members can find each other

While working on a documentary in Copenhagen, brothers David and Christopher Mikkelsen met a 17-year-old Afghan refugee who had lost contact with his family while fleeing the Taliban.

In trying to help him, the brothers talked to different refugee agencies and learned that to reunite families there wasn’t any digital system that crossed all agencies. The existing manual system “was very cumbersome and all done by pen and paper,” said David Mikkelsen.

“We wanted to decentralize the process and bring the masses into the fold, so you could have not one person trying to help 600,000 people, but 600,000 people helping 600,000 people,” said his brother Christopher.

In 2008, they created a family-tracing service called Refunite on a mobile platform, because many potential users had regular mobile phones not smartphones.

When refugees register with Refunite, they are asked a set of questions about their missing person, such as their home town, clan, year of birth, and a teacher they had growing up, which Refunite then runs through its database.

The users can get text messages — or call into a toll-free hotline if they don’t know how to read — to get information about possible matches.

The brothers work with Swedish telecom company Ericsson and other mobile network operators in 14 countries across Africa and the Middle East to provide the free matching service. 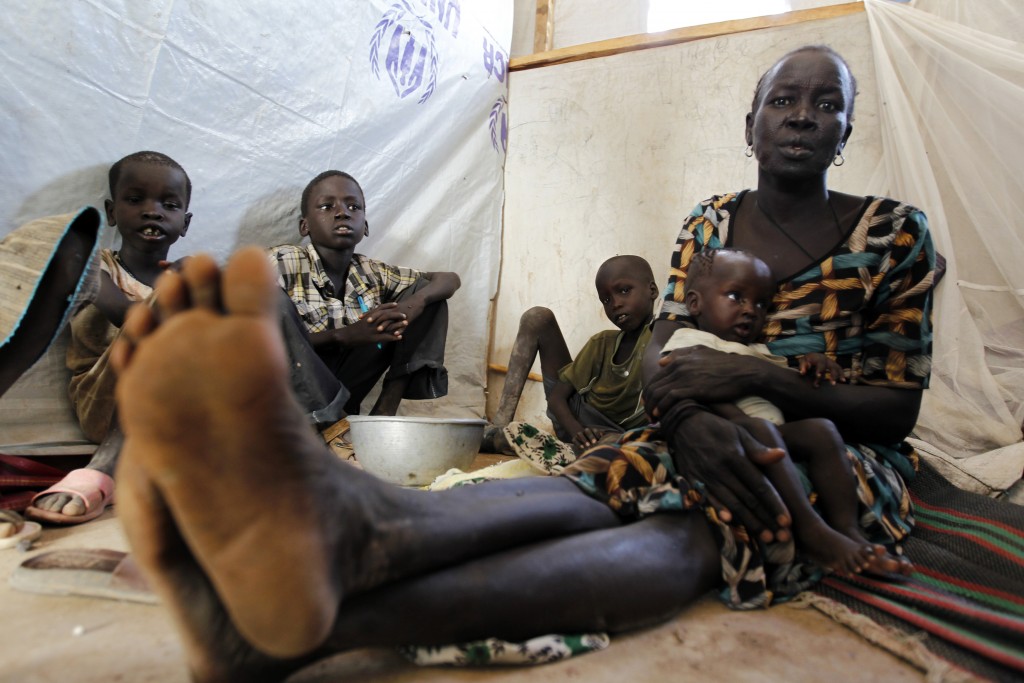 The nonprofit also teamed up with the Red Cross, U.N. refugee agency and other international aid organizations operating in camps to train local refugees on the technology so they can help with the family searches.

“Educating people in that sense gives them not just the opportunity to reconnect their community members with missing families but it gives them a strong sense of purpose and work to do,” while they’re waiting in the camps to return home, said Christopher Mikkelsen.

The local volunteers “are instrumental in creating trust because they are the ones advocating for our system,” David added.

Kakuma in northwestern Kenya is one such refugee camp where their system is in play. The camp, in existence since 1992, hosts people fleeing violence from countries including Sudan, Somalia and an ever-growing population from South Sudan. 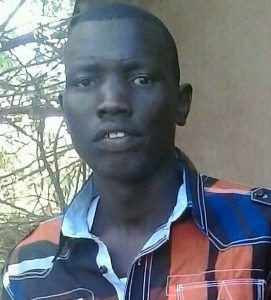 Kujien Nyak is one of the outreach volunteers in Kakuma camp in Kenya helping track down missing family members. Photo courtesy of Refunite

Warring factions in South Sudan have driven an additional 46,000 refugees to Kakuma, bringing the total population of the camp to 185,000, according to the U.N. High Commissioner for Refugees.

Kujien Nyak, 29, is one of Refunite’s outreach volunteers from South Sudan. Fifteen years ago, he fled Upper Nile state, where fighting has intensified between forces protecting the local government and the South Sudan Army.

He is still seeking his own family members, and in the meantime is trying to help other Kakuma camp residents find their relatives.

The hardest part is tempering people’s expectations that they will find their missing loved ones right away, Nyak said via email. Sometimes there are instant reconnections, but it also can take months before other family members sign up for the alerts. “It’s very important to keep checking the platform on a regular basis,” he said. 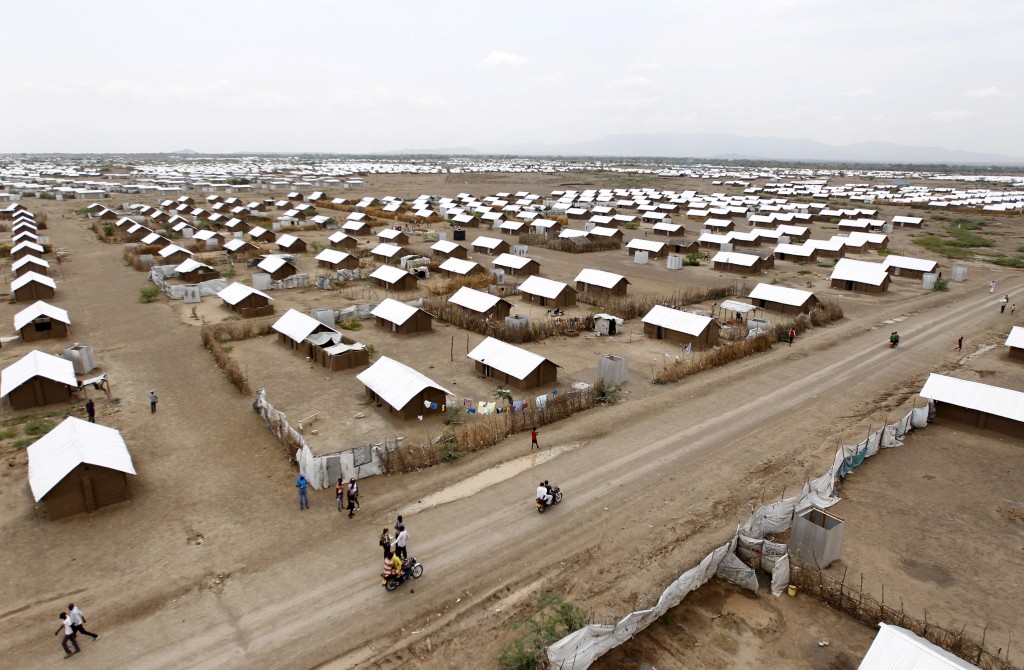 It’s hard to tell how many relatives and friends have found each other under the Mikkelsens’ system, because it’s an anonymous platform and the refugees who do find each other tend not to report back, said Christopher Mikkelsen. But based on matching key words and phone numbers, which they use to validate matches, they have extrapolated that they have helped reconnect about 1,500 families and an additional 100-150 families per month, he said.

The brothers are continually trying to make the system more understandable, such as tailoring and localizing instructions in places where most people are illiterate. “Whether we’re operating in the Congo, Sudan, Somalia, Kenya, there are challenges everywhere, it’s never easy … and you have to figure out what really works in this region.”

They view themselves as a purely technical organization, putting their tools in the hands of people on the ground. “We don’t want to reinvent the wheel,” just make the wheel better, David Mikkelsen said.

Left: A woman from the Democratic Republic of Congo is one of about 180,000 refugees living at the Kakuma refugee camp in northwestern Kenya. Photo taken on May 17, 2012 by Thomas Mukoya/Reuters