Shimon Peres, one of Israel’s founding fathers, dies at age 93

Israeli statesman and its stalwart defender Shimon Peres, who suffered a stroke two weeks ago, died Wednesday in a Tel Aviv area hospital. He was 93.

Over Peres’ six-decade political career, he served as Israel’s president, prime minister and foreign minister. His historic signing of a peace accord with the Palestinians earned him and the others involved a Nobel Peace Prize in 1994.

Tributes came from those including Palestinian President Mahmoud Abbas, who expressed “sorrow and sympathy” over Peres’ death and praised his pursuit of peace, according to the Associated Press.

Peres was born in Wiszniew, Poland in 1923. About a decade later, his family moved to Tel Aviv. His relatives who stayed in Poland were killed during the Holocaust.

Peres joined the early version of the Israel Defense Forces and at age 29 became the youngest director general of the Ministry of Defense. He helped plan the 1956 Israel invasion of Egypt, forging alliances with the United Kingdom and France in the process. The United States, Soviet Union and United Nations forced them to withdraw. 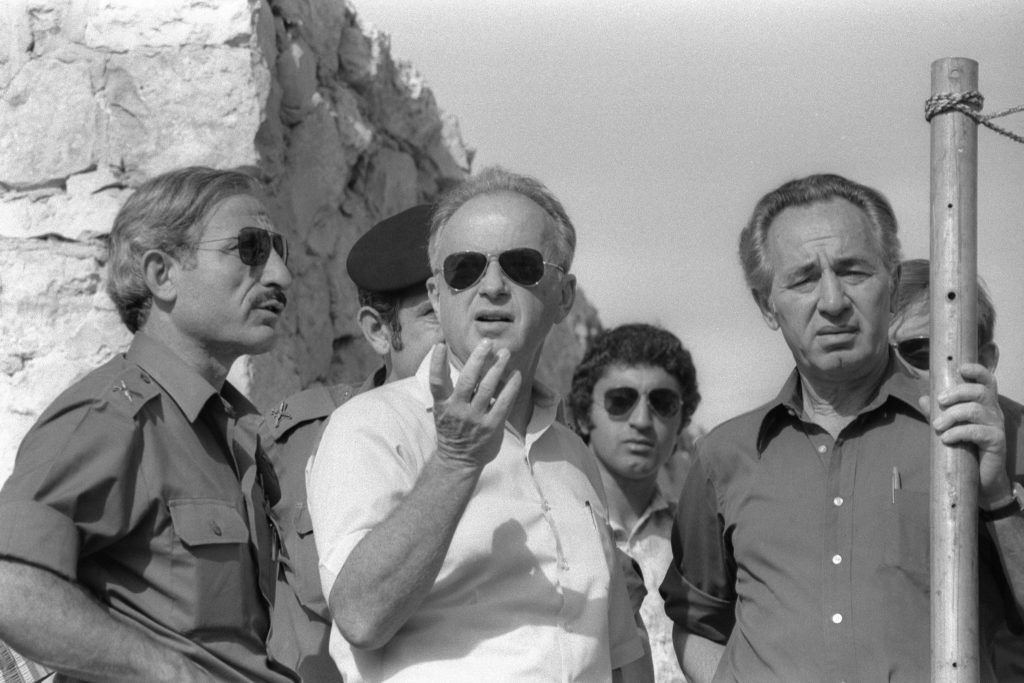 Israel’s Defense Minister Shimon Peres (right) and Prime Minister Yitzhak Rabin (center) visit the ruins of a synagogue in the West Bank City of Hebron on Oct. 15, 1976 in this handout photo released by the Israeli Government Press Office. Photo by Ya’acov Sa’ar/Handout/GPO via Reuters

Peres was first elected to the Israeli legislature, the Knesset, in 1959 and was a member of a dozen ministries over the course of his 66 years in politics.

He was foreign minister in the 1990s when he participated in secret negotiations to forge the Oslo Accords, which led to the formation of the Palestinian Authority and limited self-governance over the West Bank and Gaza Strip. The interim peace deal earned Peres, Palestine Liberation Organization Chairman Yasser Arafat and Israeli Prime Minister Yitzhak Rabin the Nobel Peace Prize.

Peres was chosen by the Israeli parliament in 2007 to serve a seven-year term as president. But he was at odds with the more hawkish government of Prime Minister Benjamin Netanyahu, so the position was more of a ceremonial post, according to the New York Times. In the role, he continued to advocate for Israel and promote peace. 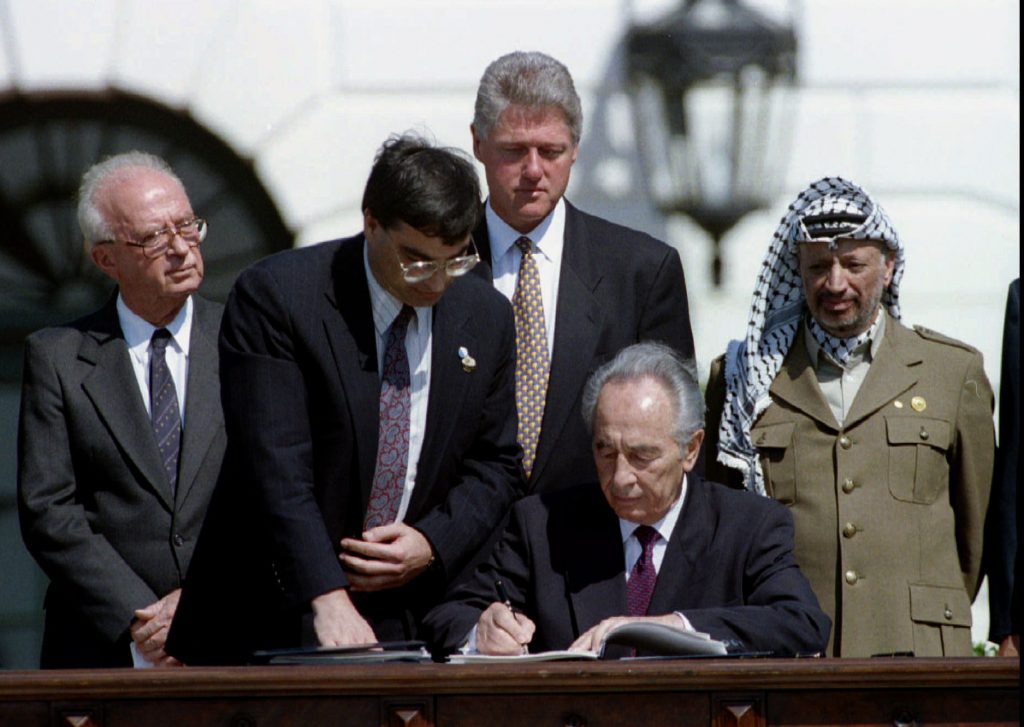 On Wednesday, President Barack Obama and other U.S. officials credited him with helping forge Israel and America’s tight bond.

“Shimon was the essence of Israel itself — the courage of Israel’s fight for independence, the optimism he shared with his wife Sonya as they helped make the desert bloom, and the perseverance that led him to serve his nation in virtually every position in government across the entire life of the State of Israel,” said the president in a statement.

“As Americans, we are in his debt because, having worked with every U.S. president since John F. Kennedy, no one did more over so many years as Shimon Peres to build the alliance between our two countries — an unbreakable alliance that today is closer and stronger than it has ever been.”

“For so many years, Shimon Peres was the soul of Israel,” said Vice President Joe Biden. “The world is a little darker without him in it.”

His funeral will be held on Friday.