Snapshots of APEC summit in China

If a picture says a thousand words, the photos from the Asia-Pacific Economic Cooperation (APEC) meetings spoke volumes.

What a difference a handshake makes 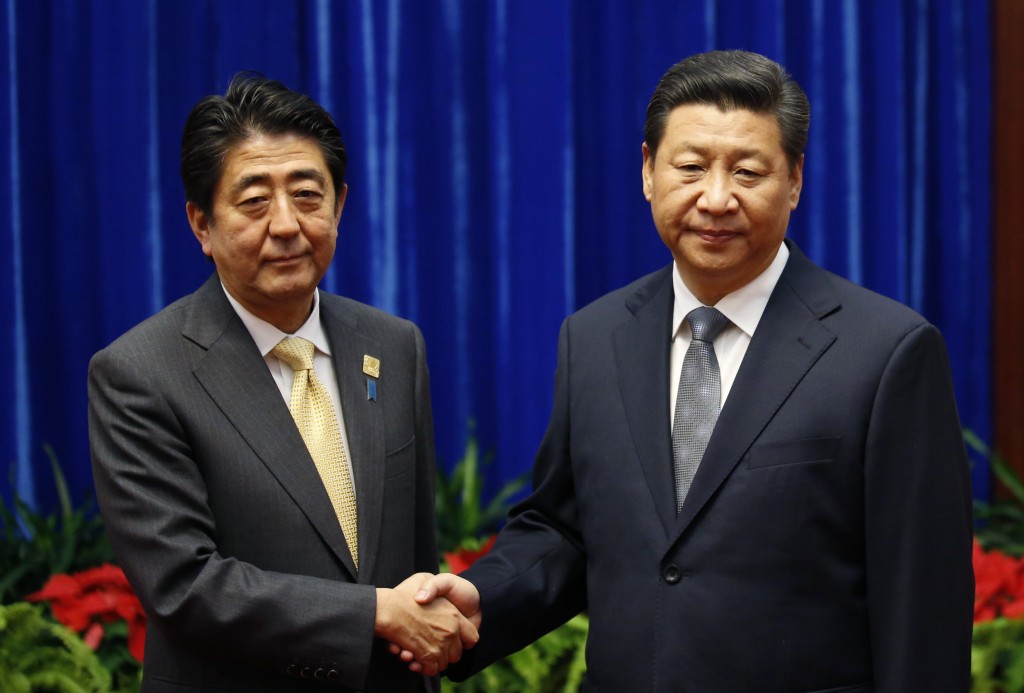 China’s President Xi Jinping (right) shakes hands with Japan’s Prime Minister Shinzo Abe, during their meeting at the Great Hall of the People, on the sidelines of the Asia Pacific Economic Cooperation (APEC) meetings, on Nov. 10 in Beijing, China. Photo by Kim Kyung-Hoon-Pool/Getty Images

It was an “ice-cold” and “awkward” handshake, but it was a meeting nonetheless between China’s President Xi Jinping and Japanese Prime Minister Shinzo Abe.

After the less than toasty greeting, the two held formal talks on Monday for the first time in two years. Last week, both countries issued statements recognizing they had sources of friction but a desire to keep them from escalating. The acknowledgement paved the way for Xi and Abe’s meeting on Monday, which could lead to a further thawing of relations. 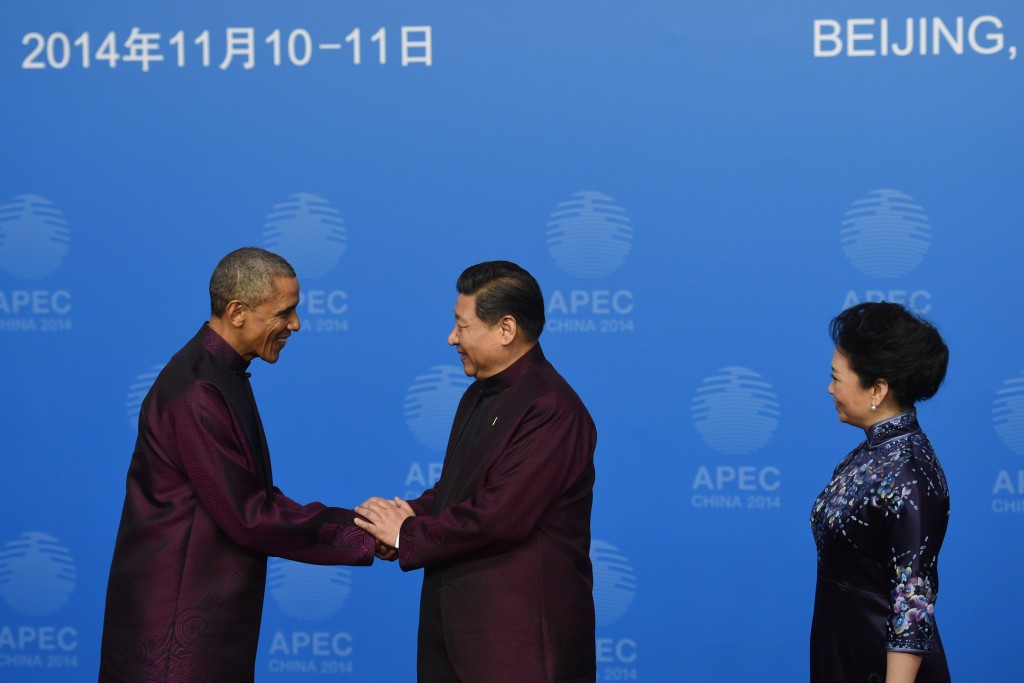 President Barack Obama (left) is greeted by Chinese President Xi Jinping (center) and his wife Peng Liyuan as he arrives for the Asia-Pacific Economic Cooperation (APEC) summit banquet at the National Aquatics Center in the Chinese capital Beijing on Nov. 10. Photo by Greg Baker/AFP/Getty Images

It was a contrast to the warm reception for President Barack Obama, who received a two-handed clasp from Xi when he arrived. Mr. Obama was wearing a dark purple silk tunic, matching that of Xi, for the traditional “family photo” featuring APEC member leaders.

Watch a video of Xi and Abe’s greeting.

The United States and 11 other Pacific Rim countries are working to hammer out a free-trade agreement called the Trans-Pacific Partnership, which does not include China. The deal has stalled as the United States and Japan try to settle differences including tariffs on farm products.

After meeting on the sidelines of the APEC summit, the TPP leaders issued a joint statement saying their ministers have made “significant progress in recent months” on the trade deal and they urged negotiators to make it a priority to reach the finish line.

President Obama announced on Monday that China and the United States would start granting business and travel visas for up to 10 years to each other’s citizens. Student visas will be extended up to five years.

“We want China to do well,” said President Obama. “We compete for business, but we also seek to cooperate on a broad range of challenges and shared opportunities.”

Previously, visas were granted on a yearly basis.

Starting next week, China will link Shanghai to Hong Kong’s stock exchange, which opens China’s domestic stock market to investors around the world. Well, to a certain extent — investments will have a daily cap of 13 billion yuan or $2.1 billion.

Stock markets in both cities showed gains on Monday after news about the new stock-connect program, according to the South China Morning Post.

“Many international investors are completely excited,” said Charles Li of Hong Kong Exchanges & Clearing, reported MarketWatch. “This is probably the last frontier market that has yet to open.”

Left: Leaders pose for the Asia-Pacific Economic Cooperation (APEC) "family photo" at the Beijing National Aquatics Center in the Chinese capital on Nov. 10. President Barack Obama is front and fifth from the right. Photo by Mandel Ngan/AFP/Getty Images

Bus-size asteroid to zoom by Earth, ducking below satellites