Aisha (not her real name), 17, was living with her mother in Nigeria when Boko Haram took over the town.

“They went from house to house. When they arrived at our house, they wanted to marry me, and I refused. I told them I wouldn’t marry anyone without my father’s consent. So they left. But they came back again at night and kidnapped me,” she said, according to a testimonial from the London-based International Alert.

Aisha was forced to “marry” a fighter, and she became pregnant. “I hated the baby,” she said, but a woman she didn’t know showed her kindness and taught her to love her son. “She preached to me about his innocence.”

When a Nigerian military offensive freed the town, Aisha got help from the nonprofit coalition, the Federation of Muslim Women’s Associations in Nigeria.

Another teenager, whose town was captured by Boko Haram, was forced to become a servant before she was able to escape. Once back at home, she learned that the militants had demanded a ransom for her, but her parents couldn’t pay. So they killed her little brother in retaliation.

Her family fled to a displacement camp in Maiduguri in the northeast. Others shared similar stories of being beaten and abused.

The Islamic militants, who are trying to establish territory in the northeast under strict sharia law, force the women and girls to be cooks, fighters and sex slaves. Boys are kidnapped as well and turned into child soldiers. Sometimes they’re released after the government has bombed an area, so they’ve had to survive twice. 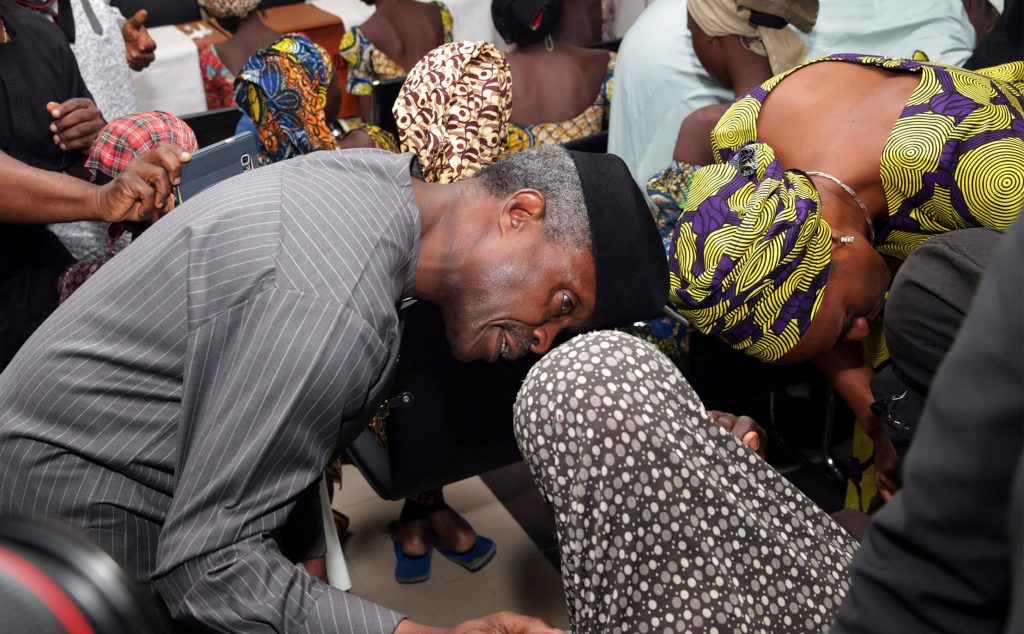 Some of the 21 released Chibok schoolgirls met with Nigeria’s Vice President Yemi Osinbajo in Abuja, the capital of Nigeria, on Oct. 13. Photo by Sunday Aghaeze/Special Assistant to Nigerian President Muhammadu Buhari/Handout via Reuters

In April 2014, more than 200 schoolgirls were kidnapped from the Nigerian town of Chibok. The abductions received international attention and launched a #BringBackOurGirls social media campaign. In mid-October, 21 of the Chibok girls were released and reunited with their families.

But their trauma doesn’t end when they escape. “They’re not trusted” by the community, said Kimairis Toogood, senior peacebuilding adviser at International Alert in Nigeria. The townspeople think the former captives are still under the influence of Boko Haram and could attack them at any time. “When people are afraid, they lash out,” she said.

“There’s a lot of fear and hatred toward Boko Haram,” and it ends up being directed at those who lived with them, even unwillingly, and they become the targets of hate. People call the girls “Boko Haram wife” and sometimes harass and beat them.

“It annoys me a lot that people here in the community view me as a Boko Haram abductee. I hate it,” said one of the freed teenagers. And along with everything else, she’s terrified that Boko Haram will come back to get her.

International Alert, UNICEF Nigeria and other local groups are working to make the communities more accepting of the returnees. They coach the local religious leaders to help the women and girls form support groups. They provide a safe space where the former captives can talk about what they went through.

“You can drink tea, bring your baby, and you just talk and listen” at the workshops, said Toogood. The religious leaders will tell the girls “you’re not to blame and you’re not alone.” 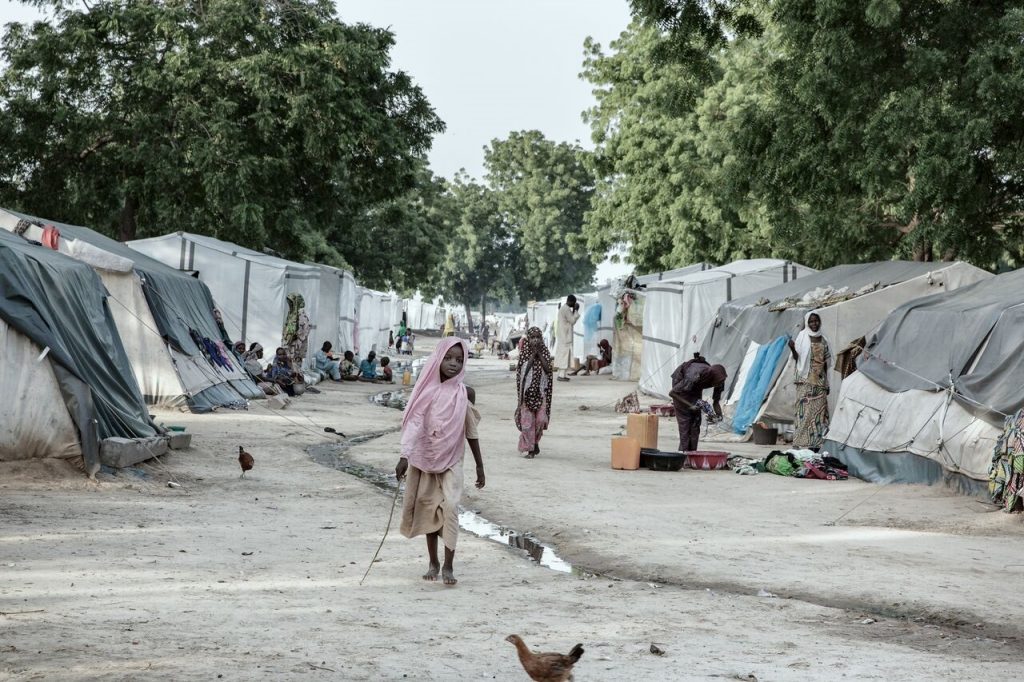 The aid groups also try to pinpoint the source of the stigmatization and contempt. In order to move on and rebuild, the community must find ways to coexist and forgive, she said. To spread that message, the group facilitates radio programs where hosts interview those involved in the community-building.

Listeners can call in, and responses have ranged from acceptance to more hardline attitudes, showing more convincing is needed.

So far, the girls themselves have been too distraught to tell their stories on the radio. “The things they survived are still very real and raw,” said Toogood.

But they’re resilient, she continued. She told the story of a woman who found a child wandering around a camp — his parents killed — and adopted him as her own. She described the women who refused to abort their children who were born from rape. And the families who won’t give up until their girls are found.

Left: Photo of former captive and her baby by Fati Abubakar for International Alert