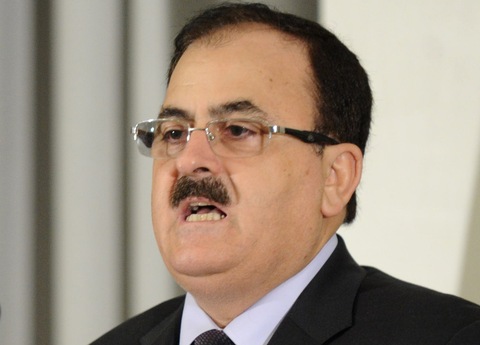 Gen. Salim Idris, commander of the Free Syrian Army rebel group, told PBS NewsHour co-anchor Gwen Ifill on Monday that he agreed with the aim of the U.S.-Russian brokered deal to secure and destroy Syria’s chemical weapons, but in the meantime he said Syrian President Bashar al-Assad would be free to continue using other conventional weapons to pound the Syrian people.
You can see their full interview on Tuesday’s NewsHour (updated with link).

“We think now that there is a very little chance for (military) strikes,” said Idris. “We can say on behalf of the Syrian people and on behalf of the revolutionary forces that we are very frustrated because of what is going on, and because the international community is not caring anymore about the victims, the Syrian people who are suffering since more than two-and-a-half years.”

While he recognized that chemical weapons are “very dangerous in the region” and must be removed, Idris lamented, “nobody now is talking about the victims.”

The United States and Russia drafted an agreement whereby Syria would hand over its chemical weapon stockpiles for destruction under international monitors. (Read the joint proposal.)

Meanwhile, a U.N. report made public Monday confirmed the use of the deadly sarin gas near Damascus on Aug. 21, but didn’t say whether it was the regime or rebels who used it. (Read the 38-page report.)

Idris said the U.N. report makes it clear that chemical weapons were used in violation of international law, and that Syria has a “criminal regime and a murderer as president.”

Idris added that he thought the U.N. report will make it easier for the United States and Western nations to implement a no-fly zone over Syria if they wished.

The general said he also has assured the United States that any weapons deliveries would not be shared with extremist groups. “We don’t share information, or support them or give them ammunition or weapons.”