Who are the 4 million Syrian refugees?

In 1992, the number of refugees from Afghanistan totaled 4.6 million.

“This (Syria) is the biggest refugee population from a single conflict in a generation,” said U.N. High Commissioner for Refugees Antonio Guterres in a statement. “It is a population that deserves the support of the world but is instead living in dire conditions and sinking deeper into abject poverty.”

The number of Syrian refugees from the conflict now in its fifth year reached the 3 million mark less than a year ago. 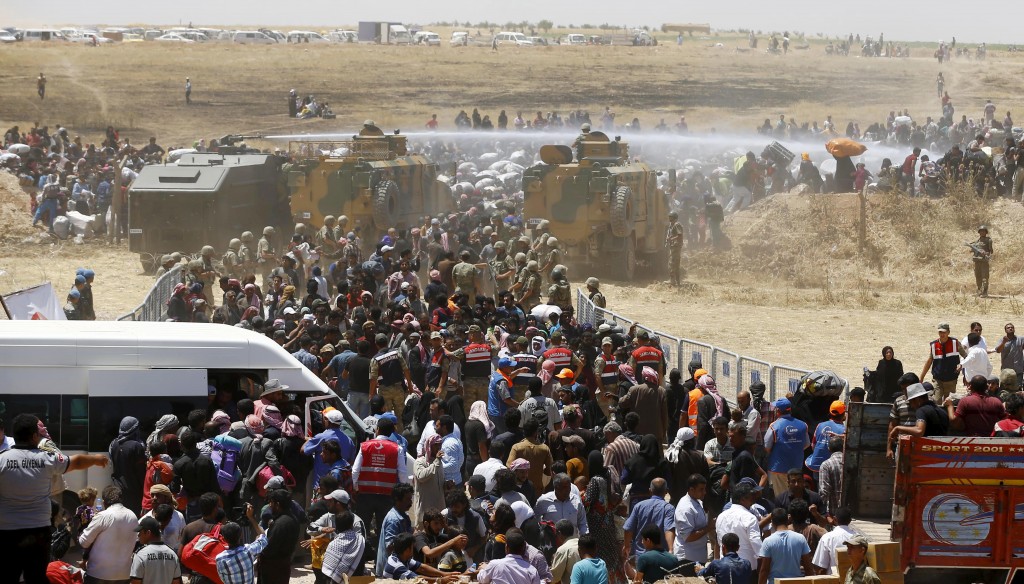 Who are these refugees? According to the agency, they are split about evenly between males and females. About 25 percent are children. The next largest age bracket is 18-59 year olds. Less than 2 percent are 60 years and older.

In terms of illness and disease, most suffer from respiratory infections. Other communicable diseases include skin infections, diarrhea, urinary tract infections, and ear and eye infections. Preexisting conditions include hypertension, diabetes, cardiovascular diseases and cancer.

With damaged infrastructure, and shortages of food, fuel and electricity, more than 12 million people in Syria need some form of humanitarian assistance, according to the United Nations. The World Food Program, Syrian Arab Red Crescent and 23 other local organizations are distributing food to 3 million Syrians on a monthly basis. Food rations include rice, pasta, oil, tomato paste, salt and sugar.

In one sign of progress, the WFP recently began distributing food again to Tal Abyad in northern Raqqa governorate in Syria, the self-described capital of the Islamic State group, after forces were able to liberate it from militants.

Left: Syrian Kurds from Kobani wait behind the border fences to cross into Turkey at border town of Suruc in Sanliurfa province, Turkey, on June 25. Photo by Murad Sezer/Reuters