Then and Now: Iraq’s ‘Blackwater Bridge’ 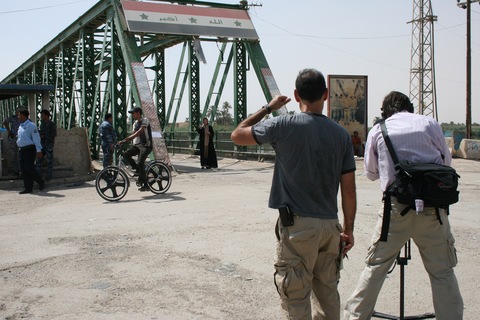 Margaret Warner records a part of an upcoming broadcast report in front of the bridge. All photos by Larisa Epatko

FALLUJAH, Iraq | One of the searing images of the war in Iraq was that of the charred bodies of the Blackwater security contractors strung up on the bridge over the Euphrates River in Fallujah.

The horrific incident took place in March 2004, at a time when Fallujah was a hotspot for insurgent activity. While the dangers have lessened significantly since then, we were still advised not to tarry during our excursion there on Thursday.

Iraqi police now guard the entrance to the bridge: 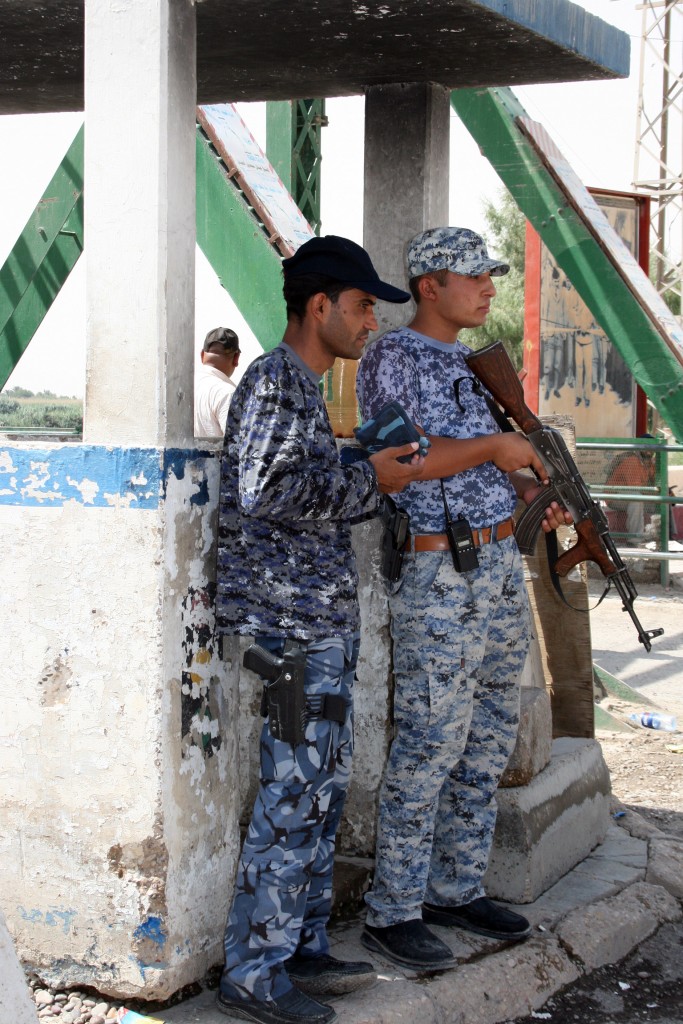 During our visit, two boys jumped off the bridge to take a break from the 115 degree heat: 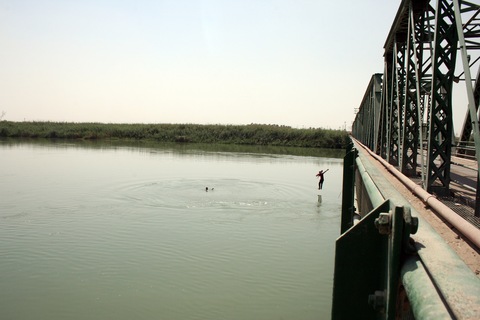 Across from the bridge are the concrete and rebar-riddled remains of a building destroyed during the war: 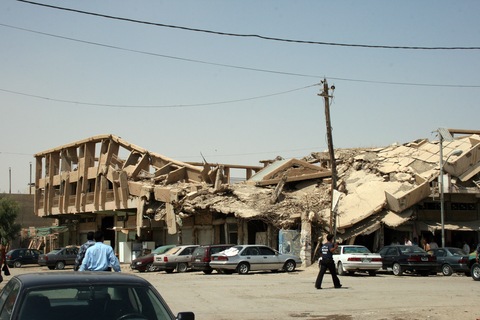 On the other side of the street leading to the bridge, a few onlookers gathered during the taping: 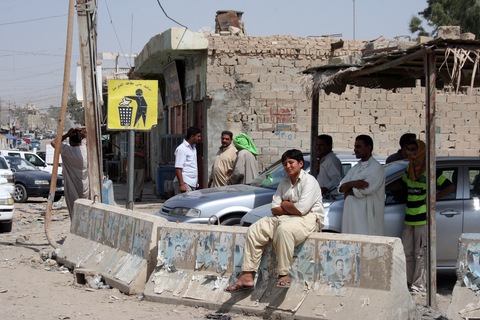 The NewsHour is traveling in Iraq for the next few weeks, covering the U.S. troop drawdown due at the end of the month and looking at what Iraq’s future holds. View all of the NewsHour’s reports from Iraq.