“Sometimes two days went by and we would only have water for an hour,” said Dunia Rojas, who was elected the mayor of Arani, Bolivia, in 2015. Fresh off her inauguration, Rojas vowed to bring clean drinking water to all residents.

“Now we have water 24 hours a day, it’s clean and healthy water,” and every community in her district has a reliable source.

Water For People, a Denver-based nonprofit, helped Arani in central Bolivia, along with the Cuchumuela and San Pedro districts in the South American country, under its program called Everyone Forever to deliver drinking water and sanitation services to communities.

“Water is something that we take for granted here in the United States. It’s difficult to imagine what our lives would be like if we didn’t have that service.”

The group is an offshoot of the American Water Works Association, which focused on managing and treating water in the U.S. and Canada, explained Mark Duey, Water For People’s chief programs officer. After receiving numerous requests for similar help in other countries, AWWA created Water For People in 1991 to handle those requests.

As it got started, the group was working on a project-by-project approach without much strategy, he said. So in 2011, it created the Everyone Forever model to focus on specific geographies within the nine countries where they worked and to support local governments build the water and sanitation systems. 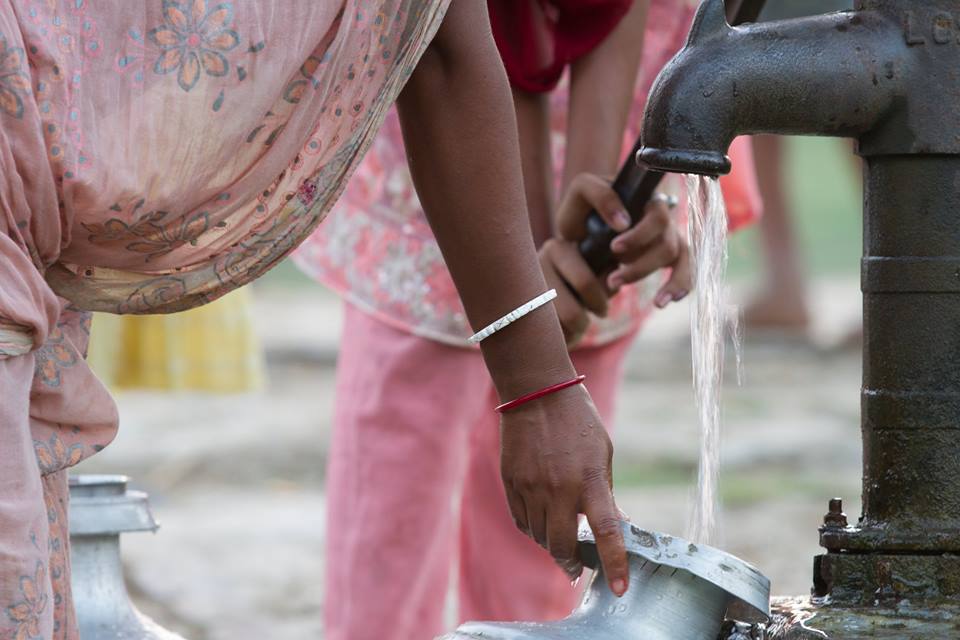 In India, the most common drinking water system is a well with a hand pump on top. People fill containers with water and use the drinking water at home. Photo courtesy of Water For People

The governments need to buy into the projects, which can go from hundreds of thousands of dollars to millions of dollars for an entire district, said Duey. In Bolivia, for example, the local governments cover half the cost, he said. The partnership also requires monitoring the water and sanitation systems, done through an Android data-collection app called “Flow.”

In 2017, San Pedro was the first district in Bolivia to achieve universal access, where every family, school and health center had adequate drinking water and sanitation facilities. Most of the water facilities look like a spigot in a wall. Behind the wall, a well is collecting ground water and an electric pump is pushing that water into an elevated tank. A piped network coming from the tank connects the drinking water to homes, schools and clinics. 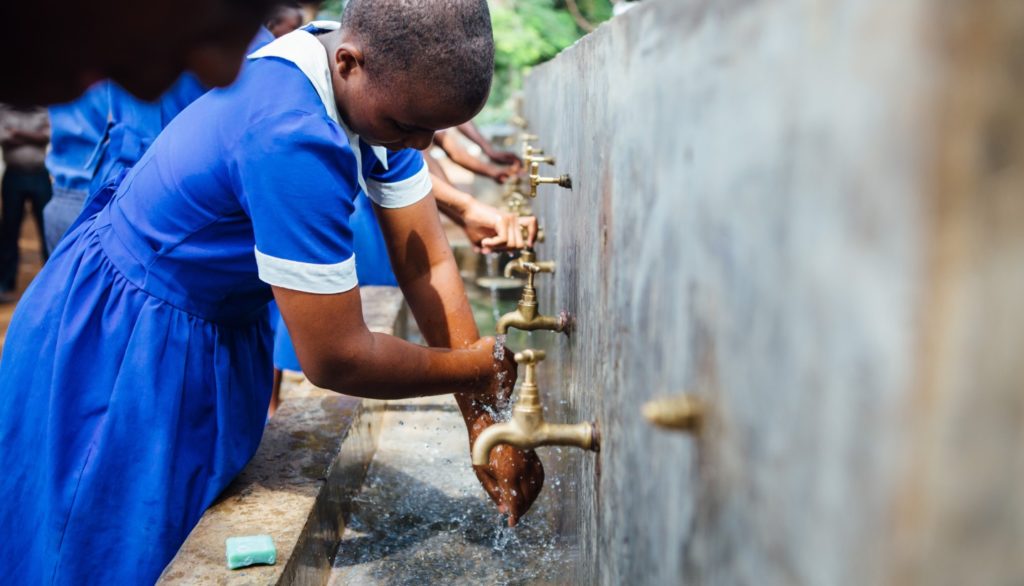 After getting new water facilities at their secondary school in the district of Blantyre, Malawi, the students formed a committee to encourage proper use of the new facilities and to promote good hygiene practices. Photo courtesy of Water For People

In addition to Bolivia, Water For People works with local partners in Guatemala, Honduras, Nicaragua, Peru, Uganda, Rwanda, Malawi and India. Under its current global strategy for 2017-2021, the organization decided not to expand into new countries and instead increase the impact in countries where it has established programs. Within those countries, Water For People selects new districts based on logistics for its existing team, trying to avoid hiring new staff or opening new offices for efficiency, and ensures the mayor or district councils are committed financially to the goal of universal access.

“Water is something that we take for granted here in the United States,” Duey said. “It’s difficult to imagine what our lives would be like if we didn’t have that service.” He added that it’s time people in other countries get that same experience.

Left: A woman in Arani district in rural Bolivia washes her clothes in a newly constructed clean water system. Photo courtesy of Water For People