Even as battle plans are laid to retake Mosul from Islamic State militants — who’ve held Iraq’s second-largest city for more than two years — questions remain about what will come after the battle.

The issues are myriad: from keeping the city secure and free of Islamic State influences to how to care for the outflow of people, which has already begun.

President Barack Obama this week authorized the transfer of 600 more U.S. troops over the coming weeks to help Iraqis prepare for the ground offensive in Mosul later this year.

The authorization followed the July announcement of a 560-troop deployment. The deployments bring the total U.S. troop level in Iraq to 5,262. By comparison, the U.S. has about 300 troops — mostly special forces — now in Syria acting as advisers, according to the Associated Press. 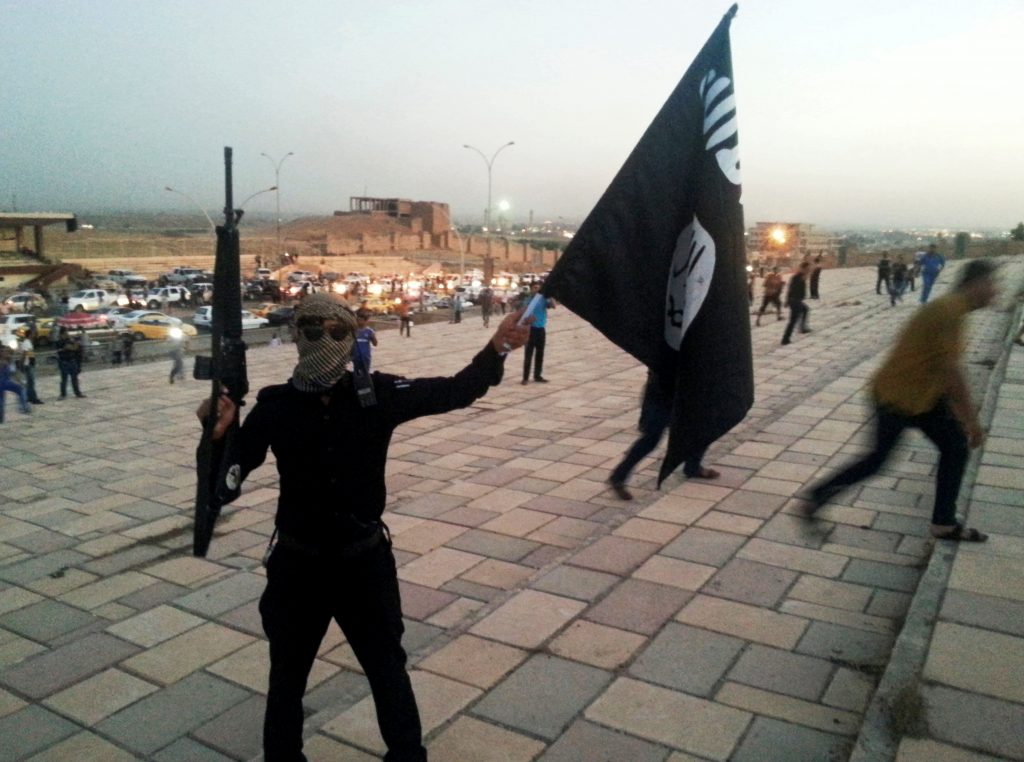 An Islamic State fighter waves a flag in the city of Mosul, Iraq on June 23, 2014. File photo by Reuters stringer

The troops in Iraq will help with logistics and maintenance, in addition to training and advising Iraqi security forces and Kurdish Peshmerga, but they won’t be doing the fighting, U.S. military officials have said.

“Everything we do there is to support and enable [the Iraqis]. They will continue to be the primary trigger-pullers,” said Navy Capt. Jeff Davis, director of Pentagon press operations.

Randa Slim of the Middle East Institute said the military plan is set for reclaiming Mosul. What isn’t clear: Who will govern and rebuild a liberated Mosul, or how to keep it secure. “It is estimated they need 25,000 policemen to guarantee the security of Mosul,” she said. But in a city with a complex sectarian and ethnic makeup, who will compose the police force? How will they be vetted, funded and managed, Slim said. 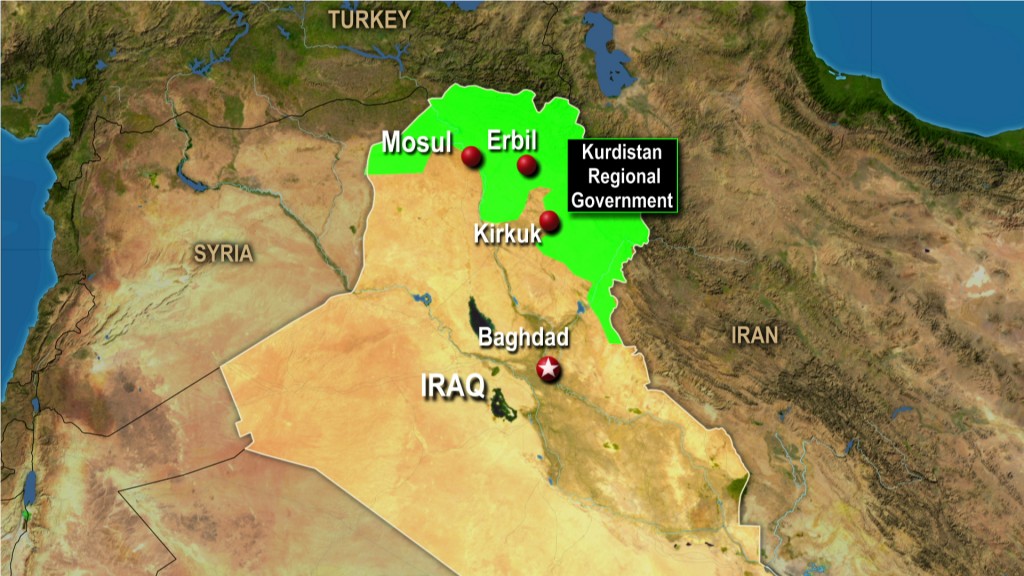 Iraqis fleeing Mosul after it was overrun by Islamic State militants have sought refuge in the Kurdish-administered north.

More concern surrounds the anticipated sharp increase in Iraqi civilians who will be fleeing the fight, Slim said. The Kurdistan Regional Government “is already at the breaking point, and they expect up to 800,000 refugees as a result of the Mosul battle.”

Mercy Corps, which is providing aid in the region, said at least 135,000 Iraqis have fled violence in the central part of the country so far. In addition to lacking basic food and water, Iraqis are traveling such great distances they’re wearing out their shoes.

“Never before have I seen sandals listed as a top need,” said Suad Jarbawi, Mercy Corps’ country director in Iraq. 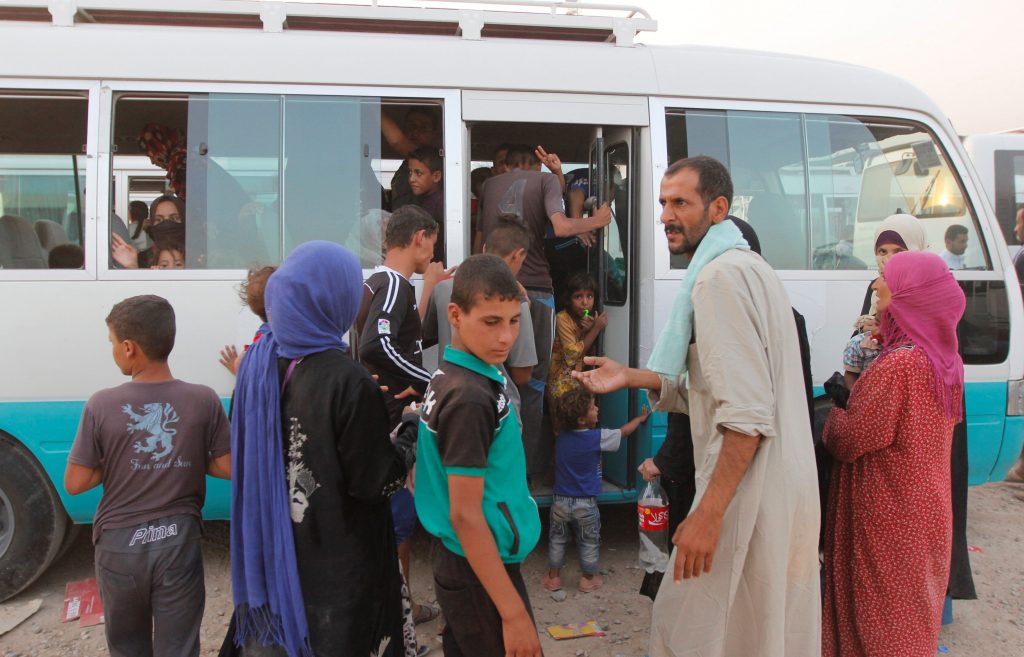 Displaced Iraqis, who had fled to Syria to escape the violence in Mosul, return to Iraq and move to a refugee camp in Kirkuk on Sept. 10, 2016. Photo by Ako Rasheed/Reuters

The possibility that Islamic State fighters will try to infiltrate the fleeing crowds and attempt terrorist attacks in refugee camps or elsewhere is another concern, Slim said.

And even after Mosul is liberated, the old resentments and rivalries between the central government in Baghdad and forces seeking independence in the Kurdish region are not expected to disappear.

“The fight against [the Islamic State group] in Mosul has created a common enemy approach that has pushed aside all these other issues that have plagued Iraq since 2003,” Slim said. People in Mosul who supported the Islamic State’s takeover because of their grievances against Baghdad will still have those grievances tomorrow, she said.

The battle to retake Mosul is expected to start before Iraq’s rainy season begins at the end of the year.

“There are no major objectives after that,” said the Navy’s Davis. “This is it. This is the last big holdout in Iraq for [the Islamic State group].”

Watch a PBS NewsHour report about the upcoming fight for Mosul.

Left: Iraqi fighters of the Shabak ethnic minority train before the upcoming battle to recapture Mosul in Diyala province, Iraq on Sept. 19, 2016. Photo by a Reuters stringer

Native or invasive species? The distinction blurs as the world warms

12-year sentence for having a phone in jail is ‘failure,’ Mississippi justice says