Pope Francis greets retired Pope Benedict XVI at the start of the Holy Year of Mercy.

Pope Francis opened the Jubilee of Mercy, a special holy year for Catholics, on Tuesday by speaking of God’s mercy toward sinners.

“This is the love of God which precedes, anticipates and saves,” he said. “Were sin the only thing that mattered, we would be the most desperate of creatures. But the promised triumph of Christ’s love enfolds everything in the Father’s mercy.”

To mark the occasion, Pope Francis pushed open the heavy bronze doors at St. Peter’s Basilica in Vatican City before tens of thousands of pilgrims, who also had the opportunity to walk through the Holy Door after Mass. The door is a symbol of God’s justice.

Pope Francis was accompanied by Pope Emeritus Benedict XVI, who retired in 2013 just before his 86th birthday, citing his declining health. 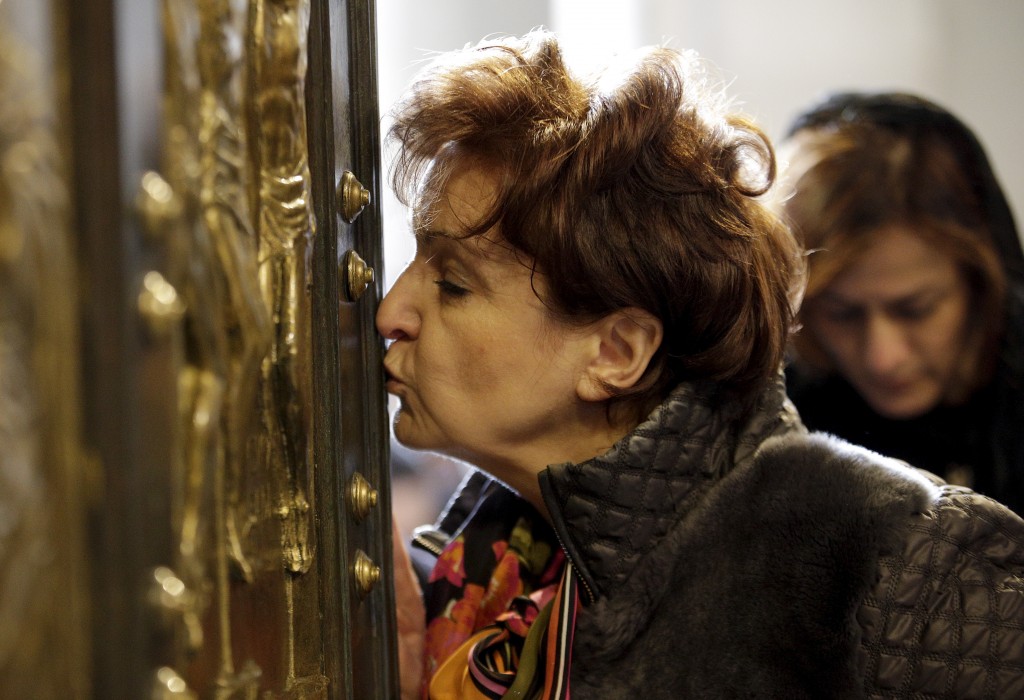 A faithful kisses the Holy Door at St. Peter’s Basilica after Pope Francis opened it to celebrate the Holy Year of Mercy on Dec. 8, which is also the feast of the Immaculate Conception. Photo by Max Rossi/Reuters

“How much wrong we do to God and his grace when we speak of sins being punished by his judgment before we speak of their being forgiven by his mercy,” said Pope Francis at Tuesday’s Mass.

“We have to put mercy before judgment, and in any event God’s judgment will always be in the light of his mercy. In passing through the Holy Door, then, may we feel that we ourselves are part of this mystery of love.”

The Jubilee of Mercy lasts until Nov. 20, 2016. The tradition of a Jubilee, or holy year, in Christianity dates back to 1300 and generally has been celebrated every 25 or 50 years. The last holy year was celebrated in 2000 and usually involves a pilgrimage of the faithful to Rome.