Fourteen people, including nine FIFA officials and five corporate executives, were indicted by the U.S. Department of Justice.

Attorney General Loretta Lynch announced the charges on Wednesday. “The indictment alleges corruption that is rampant, systemic, and deep-rooted both abroad and here in the United States,” said Lynch. “It spans at least two generations of soccer officials who, as alleged, have abused their positions of trust to acquire millions of dollars in bribes and kickbacks.” 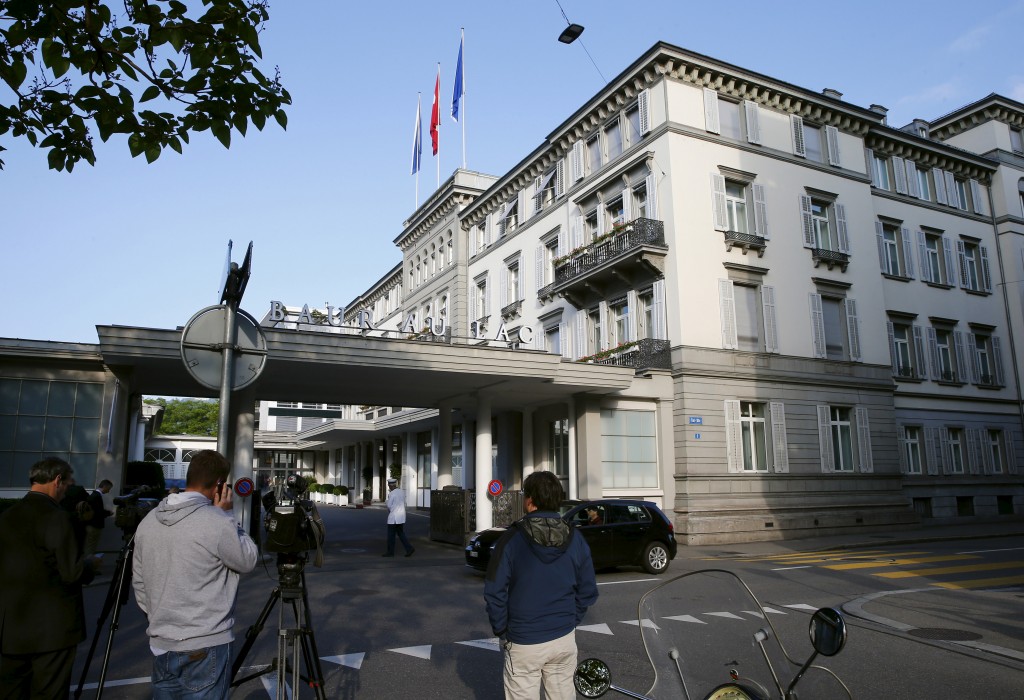 Swiss authorities on Wednesday arrested several high-ranking FIFA officials on corruption charges at the Baur au Lac hotel in Zurich and plan to extradite them to the United States. Photo by Arnd Wiegmann/Reuters

“FIFA welcomes actions that can help contribute to rooting out any wrongdoing in football,” the organization said in a statement. “FIFA is fully cooperating with the investigation and is supporting the collection of evidence in this regard.”

FIFA longtime president Sepp Blatter was not arrested. He is up for reelection for a fifth term on Friday. A FIFA spokesman said the election would go ahead as planned.

Left: Walter De Gregorio, FIFA director of communications and public affairs, gestures during a news conference at FIFA headquarters in Zurich, Switzerland, on May 27. Seven soccer officials were arrested in Zurich on Wednesday and detained pending extradition to the United States over suspected corruption at soccer's governing body FIFA, the Swiss Federal Office of Justice said in a statement. Photo by Ruben Sprich/Reuters