Masses of Rohingya refugees are flowing into Bangladesh from Myanmar every day. Among them, about 7,000 recently found themselves stuck on the muddy berms of the Anjuman Para rice fields in Bangladesh. U.N. drone footage caught part of their precarious journey.

“We haven’t had anything to eat in two days,” said one man.

The U.N.’s International Organization for Migration reported that after staying in the rice fields for several days, the Bangladesh military helped move the refugees to the Ukhia and Teknaf sub-districts of Cox’s Bazar on Friday.

Refugees described how they waited in the rain to access camps in Bangladesh in this U.N. migration agency video.

Nearly 600,000 Rohingya have fled into Bangladesh so far — about half the estimated population of Rohingya in Myanmar.

UNICEF said it has no access to Rohingya children within Myanmar’s northern Rakhine state. The children’s agency also warned of unsanitary conditions at the overcrowded camps in southern Bangladesh, and children being vulnerable to traffickers. 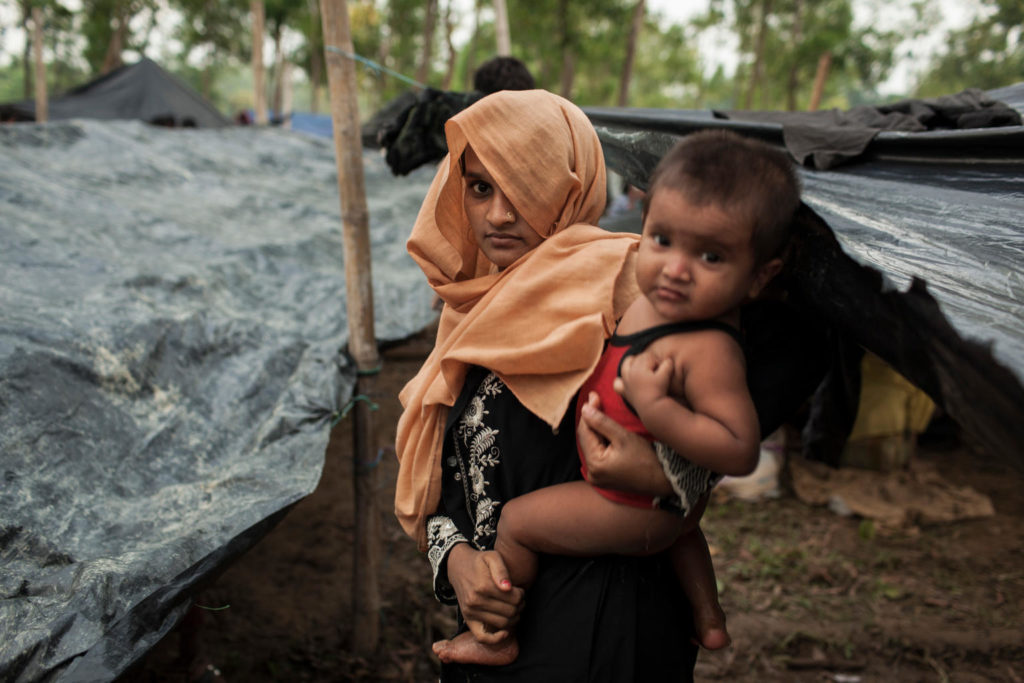 A Rohingya woman with a baby stands outside a makeshift shelter in Cox’s Bazar district in Bangladesh on Sept. 5. Photo by Patrick Brown/UNICEF

“These children urgently need food, safe water, sanitation, and vaccinations to protect them from diseases that thrive in emergencies. But they also need help in overcoming all they have endured,” said UNICEF Executive Director Anthony Lake.

The refugees are escaping violence that erupted on Aug. 25 when Rohingya insurgents attacked two dozen police posts and an army base. The Myanmar military responded by reportedly burning homes, and killing and brutalizing villagers. 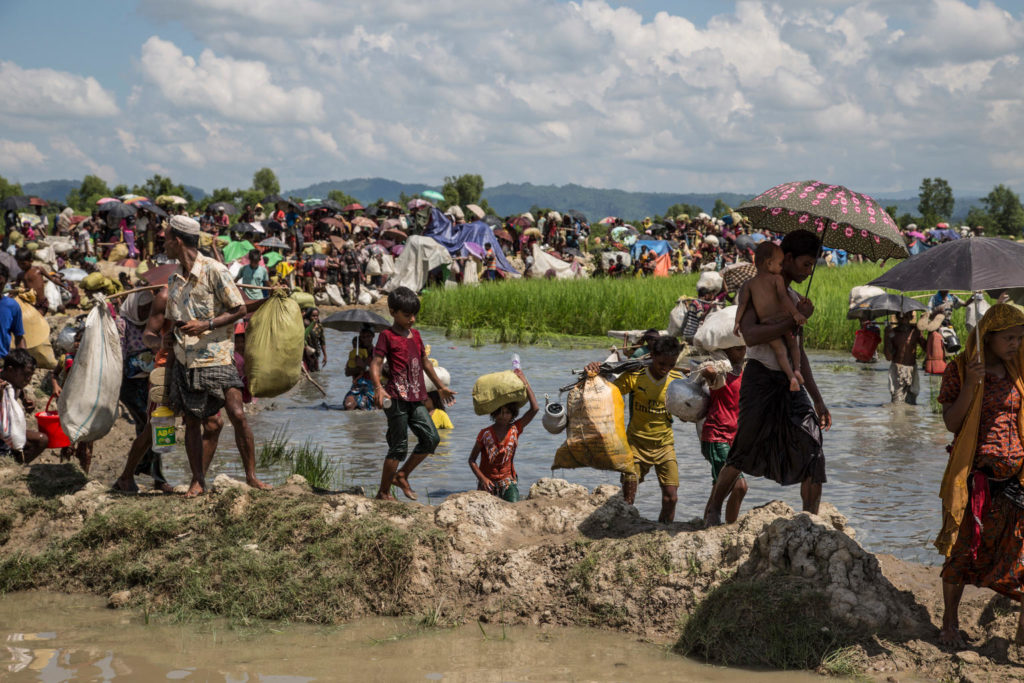 Rohingya refugees cross into Bangladesh at Palong Khali in Cox’s Bazar district in Bangladesh on Oct. 16. Photo by Roger LeMoyne/UNICEF

This week, Secretary of State Rex Tillerson called the accounts of Rohingya suffering “heartbreaking” and said that he holds “the military leadership accountable for what’s happening.”

International organizations are working to provide food, water and tents to the Rohingya in Bangladesh, along with 900,000 doses of cholera vaccine. An international donor conference is scheduled in Geneva on Oct. 23 to rally resources for the refugees.