What do Afghans think about the Islamic State?

The Islamic State militant group apparently doesn’t need a footprint in Afghanistan for ordinary Afghans to feel its effects.

“Psychologically, ISIS (another name for Islamic State) has invaded the minds of the people,” said Scott Smith, director of the U.S. Institute of Peace’s Afghanistan and Central Asia program.

According to The Asia Foundation’s 2015 survey on Afghanistan released Tuesday, which asked Afghans for the first time about the Islamic State, three-quarters of respondents said they had heard of the militant group, and of those about half believe it is a current or future threat to their district.

There have been reports of the Islamic State in two areas of Afghanistan, around Jalalabad in the east and Helmand in the south, but in general the group has focused its territorial claims in Syria and Iraq. Some factions within Afghanistan have proclaimed an affiliation with the Islamic State, but it’s unclear if they have true operational links or merely opportunistic motivations.

The Islamic State doesn’t have ties with the Taliban, which has an insurgent element battling the Afghan government. In fact, the group has dismissed the Taliban as “illegitimate,” said Smith.

Afghans’ fears are based more on perception, he said. They’re worried the Islamic State group might enter Afghanistan and start a three-way conflict with the Taliban and government, which could bring suicide attacks, restrict people’s freedom of movement and have other devastating effects.

“It’s all very murky, but in some ways they’re more real in the minds of Afghans” than other current threats, he said. “Maybe it’s because ISIS has projected itself so thoroughly on the world scene.”

If that is the case, then perhaps related is Afghanistan’s growing access to global communication, considered one of the successes of the past 14 years since the Taliban was toppled. The survey found that 82 percent of Afghan households now have at least one mobile phone, and 25 percent of households have Internet access. “Good news — and bad news — gets relayed to people more quickly,” Smith said.

One of the other significant findings in this year’s survey was that Afghans’ optimism about where their country is headed dropped to its lowest point in a decade.

Some Afghans are disillusioned with the current national unity government, which “has focused more on internal rivalries than on getting things done,” said Smith.

In addition, Afghan security forces are stretched thin, and Taliban fighters have been able to take over cities such as Kunduz in the north, albeit temporarily, which gives Afghans the sense that “the Taliban had a more successful fighting season than the government did.”

Along with security concerns, respondents cited lack of jobs and corruption at the local level among the troubles in their daily lives. 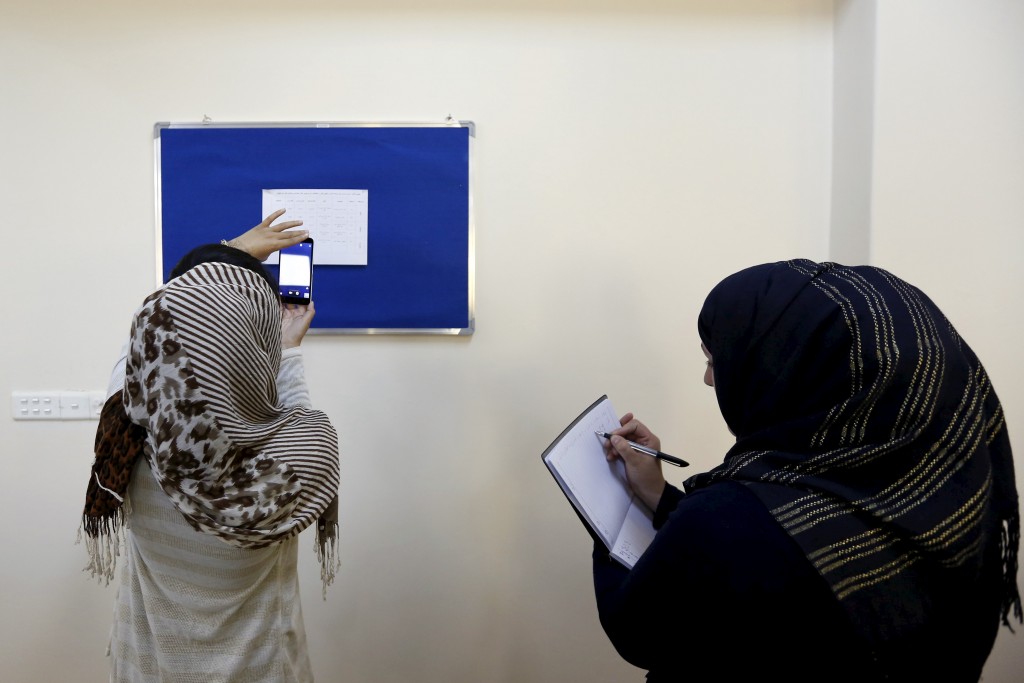 Afghan women mark their calendars as they attend a class of the country’s first ever gender and women’s studies Master’s program in Kabul University, Afghanistan, on Oct. 19. Photo by Mohammad Ismail/Reuters

The picture for women in Afghanistan is gradually improving, according to the survey. The cabinet now includes four female ministers and the unity government has appointed two female provincial governors.

“Afghan women are increasingly aware of their rights and aware of the institutions to contact in a domestic conflict” with rural women more likely to seek help if they have a family problem than women in urban settings, the survey said.

More than 9,500 Afghans in all 34 provinces answered the survey questions in face-to-face interviews in June. It is The Asia Foundation’s 11th annual survey.

You can view all of the surveys dating back to 2004, along with past NewsHour coverage.

Left: People climb a hill to watch the sunset in Kabul, Afghanistan, on Nov. 16. Photo by Mohammad Ismail/Reuters