What does López Obrador’s win in Mexico mean for the U.S.?

With most results tallied Monday, López Obrador won about 53 percent of the vote, more than double that of his closest rival. His National Regeneration Movement, or MORENA party, also won the most seats in the Senate and Chamber of Deputies – Mexico’s version of Congress – in a tidal wave of support.

President Donald Trump tweeted his congratulations Sunday night, saying, “I look very much forward to working with him.”

López Obrador has said he plans to stay in the U.S.-Canada-Mexico NAFTA trade agreement, and that he will continue the Mexican government’s efforts to negotiate an updated version of the agreement.

The leftist candidate also struck a moderate tone on oil and gas during the campaign, saying he would be open to more private oil investment and would review the oil contracts approved under current President Enrique Pena Nieto. 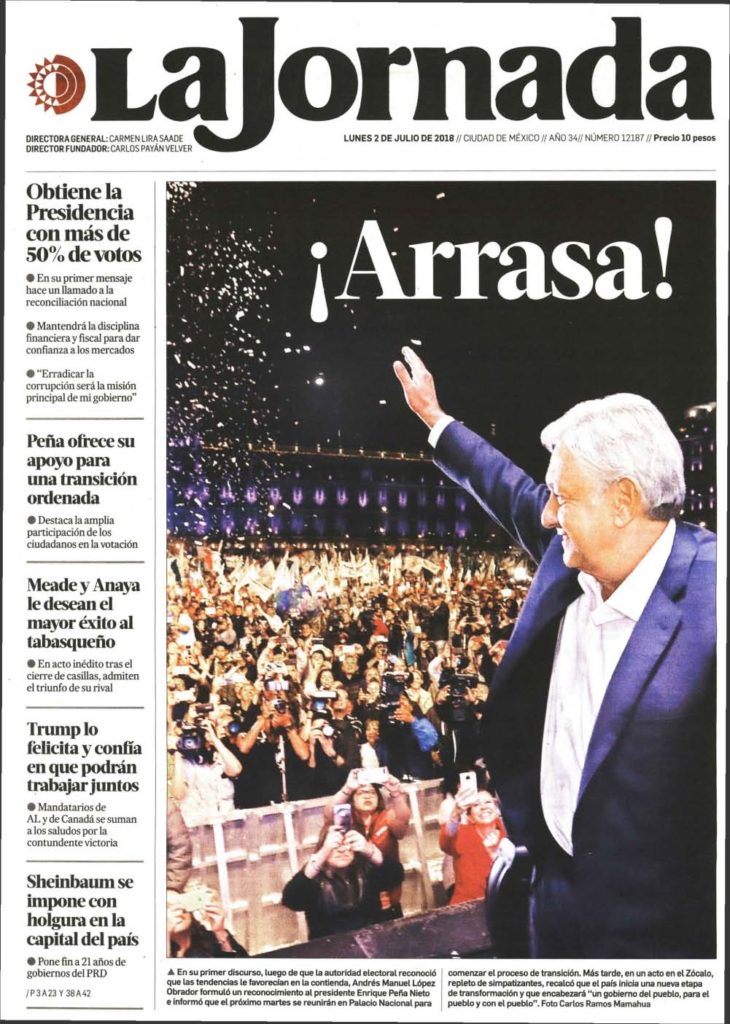 We asked a range of experts what to make of this win.

López Obrador’s win indicates an electorate fed up with the current state of corruption with hopes of an era of change, said Duncan Wood, director of the Wilson Center’s Mexico Institute. No candidate has had that kind of support in a Mexican election since the 1980s. “He blew away his rivals.”

Speaking from the capital Mexico City, Wood said he observed “an incredible sense of celebration.” The party atmosphere continued as revelers streamed from an election-night rally in central Zocalo Square, cheering and buying little stuffed dolls of López Obrador. The sense was, “this is the beginning of a bright new dawn,” he said.

López Obrador, who failed in two past presidential races, said he wants to be a good president and that he studied history and knows what the pitfalls are, Wood said. His biggest challenge now is facing the extremely high expectations of his supporters, he added.

Challenges for the incoming president also include confronting the “evil of corruption,” as López Obrador referred to it during the campaign, from top to bottom — from the political elites to the agencies, said Viridiana Rios, assistant professor at Purdue University. 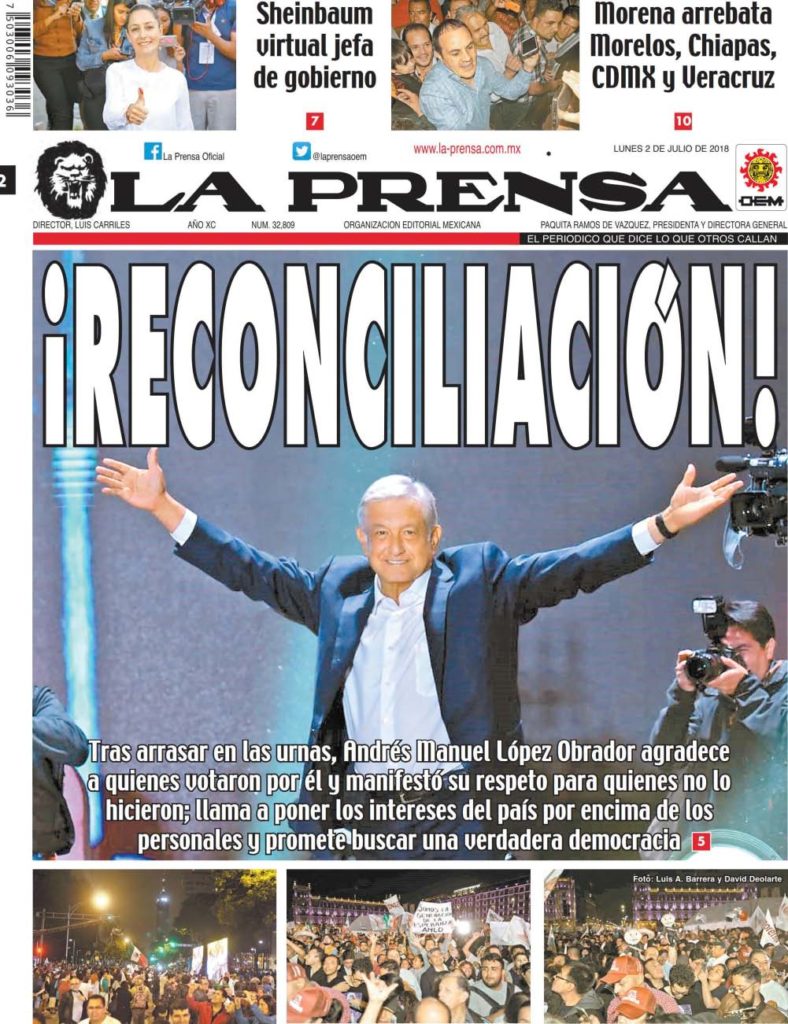 Violence is also a big challenge for the next president, said Eric Olson, deputy director of the Wilson Center’s Latin American program. Last year, Mexico had a record high 30,000 homicides, and during this year’s campaign more than 100 local politicians were killed. Many crimes went unreported, Olson added, because people don’t trust the local authorities. “Law enforcement, particularly at the local level, is really a weak link here.”

López Obrador’s other main challenge will be to improve the nation’s economic growth, which has slowed to 2 percent in 2017, according to the World Bank. He has promised not to raise taxes or increase public debt, which grew under Pena Nieto, and to cut government fat.

There’s a window of opportunity to set a new tone with the U.S., said Earl Anthony Wayne, former U.S. ambassador to Mexico. López Obrador was restrained about the U.S. during the campaign in an effort to forge a good working relationship if he became president, Wayne said. However, “it will depend on what both sides say and do about each other in the coming months.”

López Obrador and President Trump will have to work together on the border issues of migration, security and trade, and tamp down on both leaders’ impulse for fiery rhetoric, Wayne said. López Obrador must address the root causes of migration in Central America, he continued, now that more people are being held up at the Mexican border as they try to enter the U.S.

“We just won’t know until we see them interacting,” Wayne added. Trump will get that chance when López Obrador takes office on Dec. 1.