Amid the shock, praise and protests, U.S. President-elect Donald Trump tweeted about his victory Wednesday morning:

Such a beautiful and important evening! The forgotten man and woman will never be forgotten again. We will all come together as never before

President Barack Obama phoned Donald Trump to congratulate him early Wednesday morning and invited him to the White House on Thursday.

President Obama addressed the notion of a smooth transition in remarks he made at the White House on Wednesday. “It is no secret that the president-elect and I have some pretty significant differences. But remember eight years ago, President Bush and I had some pretty significant differences. But President Bush’s team could not have been more professional or more gracious in making sure we had a smooth transition so that we could hit the ground running. … I have instructed my team to follow that example.”

You can watch his entire speech below: (Also, watch President George W. Bush’s remarks in 2008 when President Obama was elected.)

With much still up in the air about how Trump will approach issues brewing abroad, here’s how other world leaders responded: 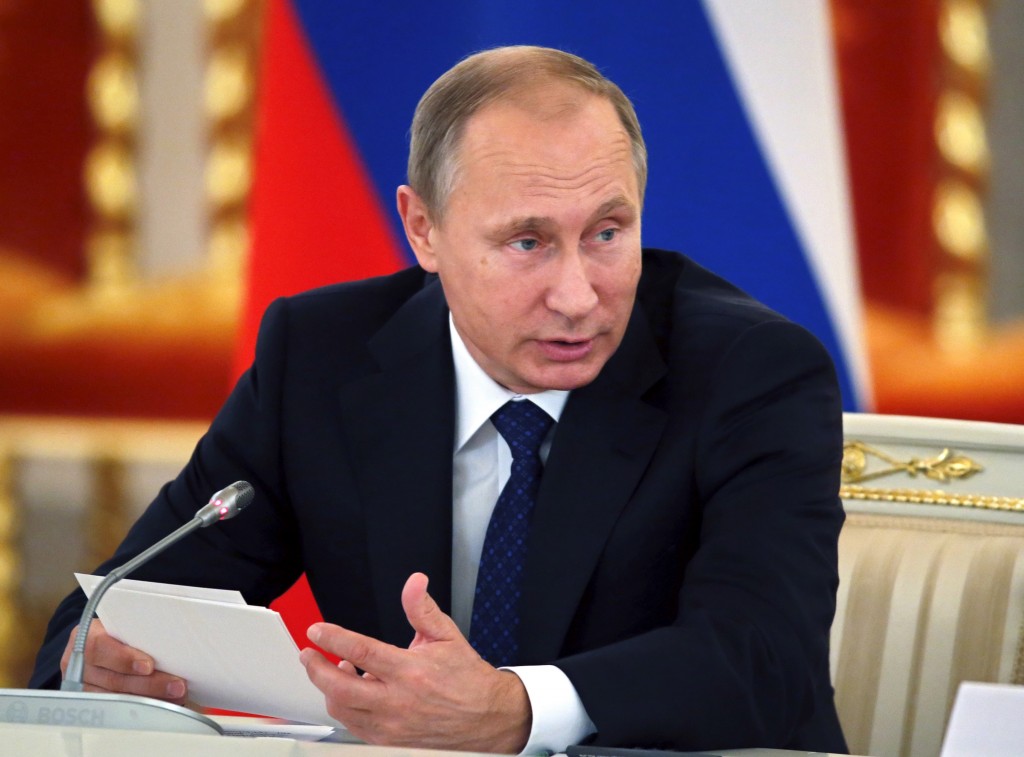 Russia’s President Vladimir Putin, for whom Trump has expressed admiration in the past, said at the Kremlin that Russia is ready to work on improving relations:

“We understand that it will not be an easy path given the current state of degradation in the relations. … As I have repeatedly said, it’s not our fault that Russian-American relations are in such a poor state. But Russia wants and is ready to restore fully fledged relations with the United States.” 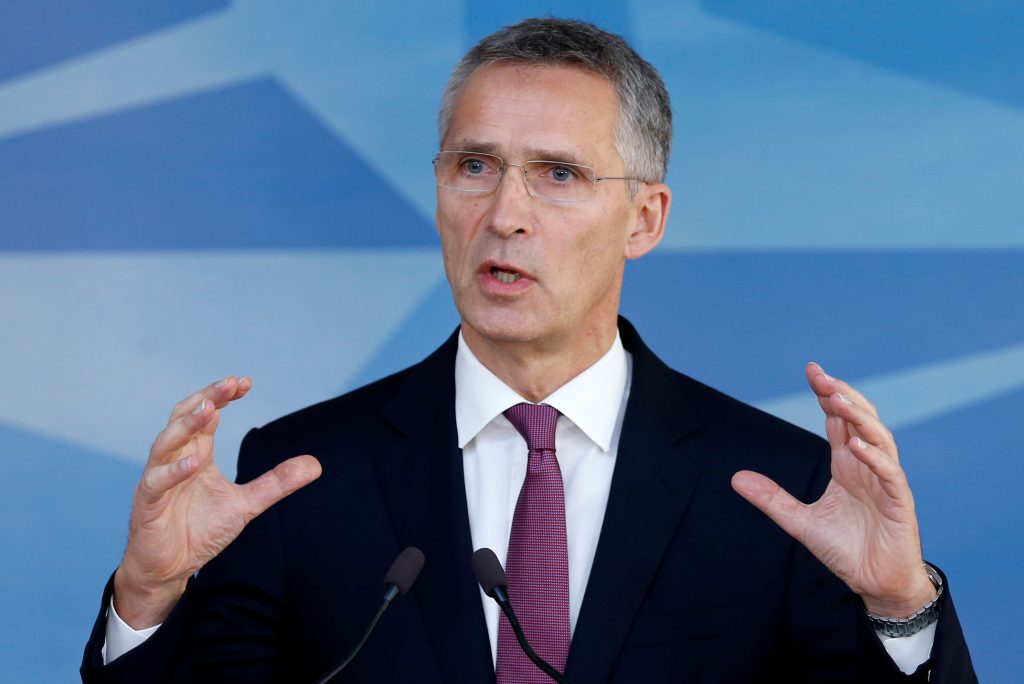 “I congratulate Donald Trump on his election as the next president of the United States. And I look forward to working with President-elect Trump.

“We face a challenging new security environment, including hybrid warfare, cyberattacks, the threat of terrorism. U.S. leadership is as important as ever. Our alliance has brought together America’s closest friends in times of peace and of conflict for almost 70 years. A strong NATO is good for the United States, and good for Europe.

“NATO has responded with determination to the new security situation. But we have more work to do. And I look forward to meeting Mr. Trump soon, and welcoming him to Brussels for the NATO Summit next year to discuss the way forward,” Stoltenberg said.

During his campaign, Trump remarked that, under him, the U.S. would consider other countries’ level of military commitment before coming to their aid, unnerving some NATO members.

Trump has called the U.S. deal with Iran to curb its nuclear program a “disaster.” Nonetheless, Iranian President Hassan Rouhani said Wednesday that the U.S. election results would have no impact on Iran’s policies:

“Iran’s policy for constructive engagement with the world and the lifting of nuclear-related sanctions have made our economic relations with all countries expanding and irreversible,” Rouhani said. 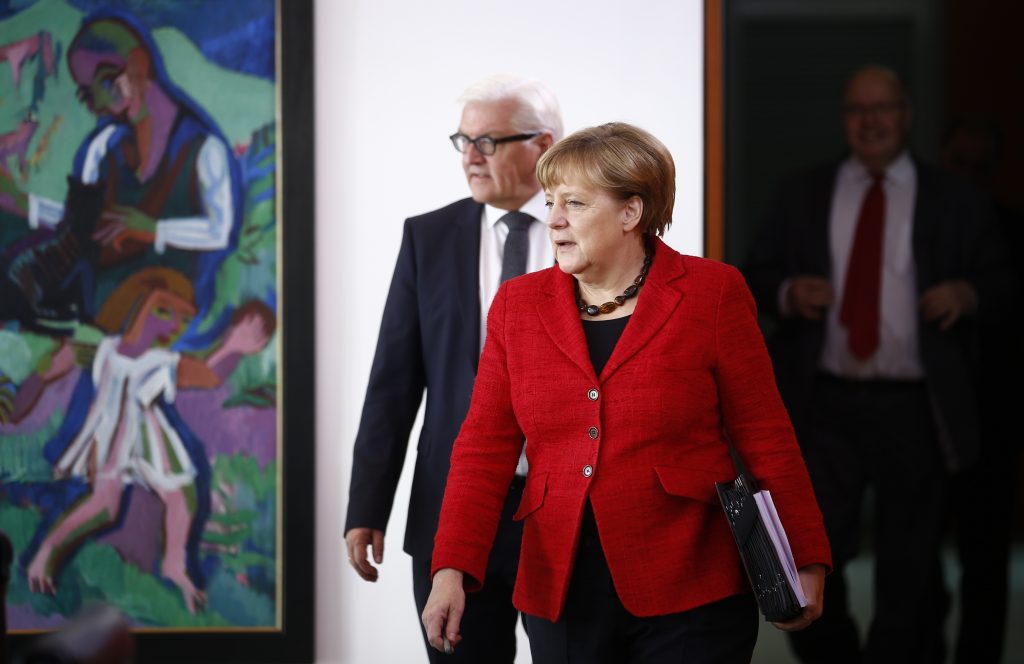 “Whoever the American people elect as their president in free and fair elections, that has a significance far beyond the USA,” Merkel said in Berlin on Wednesday, reported Deutsche Welle.

“Germany and America are bound by their values: democracy, freedom, the respect for the law and the dignity of human beings, independent of their origin, skin color, religion, gender, sexual orientation or political position.

“On the basis of these values I offer the future president of the United States, Donald Trump, close cooperation.” 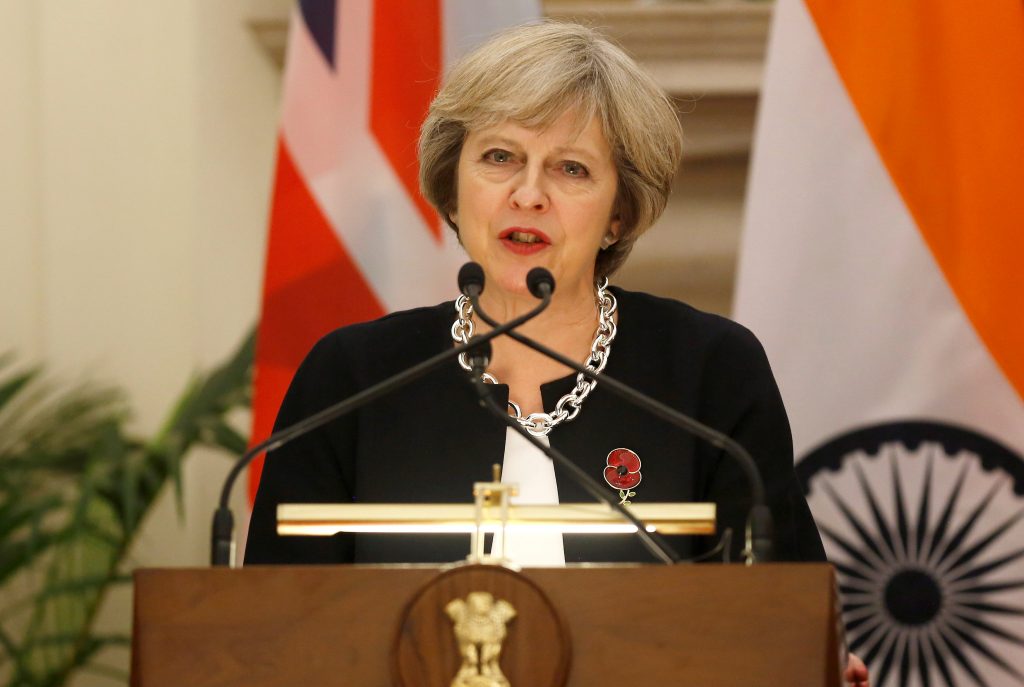 “I would like to congratulate Donald Trump on being elected the next President of the United States, following a hard-fought campaign,” said UK Prime Minister Theresa May.

“Britain and the United States have an enduring and special relationship based on the values of freedom, democracy and enterprise.

“We are, and will remain, strong and close partners on trade, security and defense.

“I look forward to working with President-elect Donald Trump, building on these ties to ensure the security and prosperity of our nations in the years ahead.”

Israel’s Benjamin Netanyahu, with whom President Obama has had frosty relations of late, offered his warm congratulations to Trump:

“President-elect Trump is a true friend of the State of Israel. We will work together to advance the security, stability and peace in our region. The strong connection between the United States and Israel is based on shared values, shared interests and a shared destiny.

“I’m certain that President-elect Trump and I will continue to strengthen the unique alliance between Israel and the United States, and bring it to new heights,” Netanyahu said.

“I place great importance on the China-U.S. relationship, and look forward to working with you to uphold the principles of non-conflict, non-confrontation, mutual respect and win-win cooperation,” China’s President Xi Jinping said in a message to Trump. 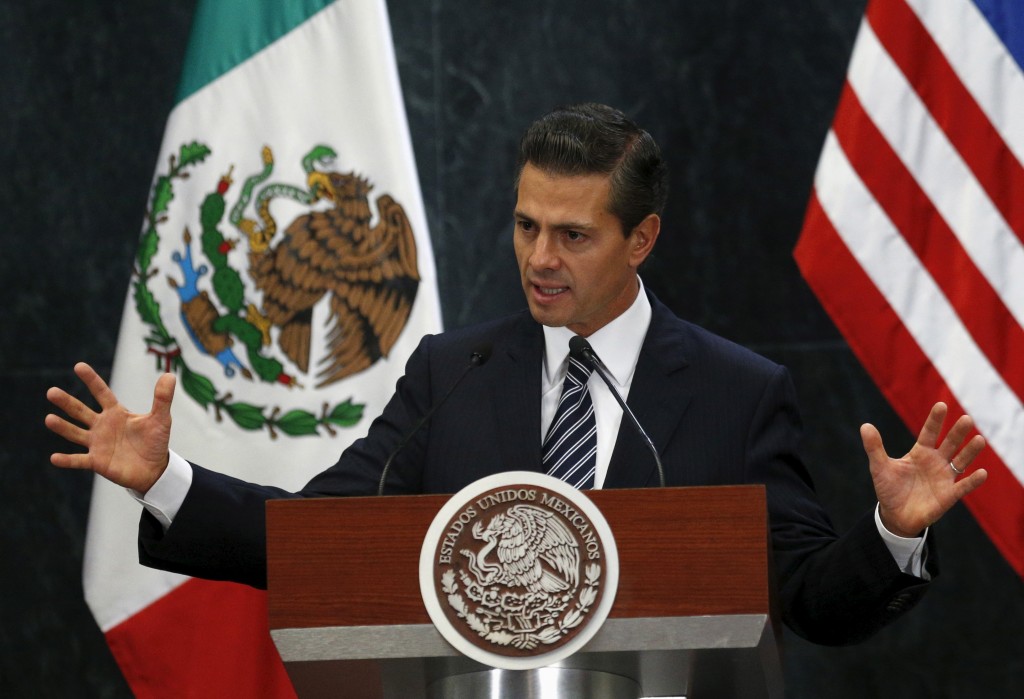 “Mexico and the United States are friends, partners and allies and we should keep collaborating for the competitiveness and development of North America,” Mexico’s President Enrique Peña Nieto said via Twitter.

“The relationship between our two countries serves as a model for the world. Our shared values, deep cultural ties and strong integrated economies will continue to provide the basis for advancing our strong and prosperous partnership,” Canada’s Prime Minister Justin Trudeau said Wednesday in Ottawa.

“I congratulate him as is natural between two democratic heads of state,” Hollande said of Trump. “This American election opens a period of uncertainty.”

And to end with a tweet from Pope Francis:

May we make God’s merciful love ever more evident in our world through dialogue, mutual acceptance and fraternal cooperation.

‘Why would I get out?’ Democratic candidates brush off calls to quit

How novel coronavirus could change the map on global manufacturing

Crackdown on immigrants who use public benefits takes effect

By Pamela Foohey, The Conversation