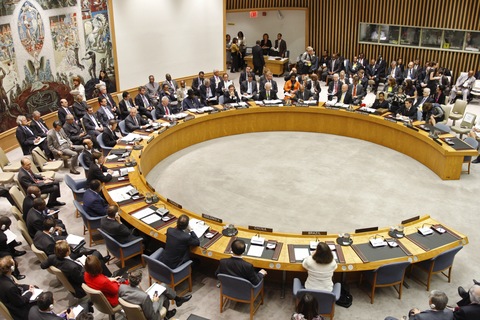 Palestinians handed the United Nations a bid for full membership on Friday, which the world body is expected to start discussing this week, while fighting continues in Libya and tensions escalate in Yemen after President Ali Abdullah Saleh’s return.

PALESTINIAN BID | The U.N. Security Council is expected to start discussing the Palestinian bid for full U.N. membership on Monday, but it could be weeks before any action is taken.

The Mideast Quartet, namely the United States, European Union, United Nations and Russia, has urged Palestinians and Israelis to return to direct talks within a month and to reach an agreement on outstanding issues by next year.

We’ll track developments on-air and online and we’ll have an on-the-ground report from our partners at GlobalPost this week.

LIBYA | We’re also keeping an eye on developments in Libya, where rebels have increased pressure on Libyan leader Moammar Gadhafi’s hometown of Sirte, but backed off long enough to let civilians flee.

Meanwhile, Libya’s Transitional National Council is meeting for the next few days in Benghazi to discuss forming an interim government.

YEMEN | Anti-government protesters are reportedly preparing to continue their revolt after President Ali Abdullah Saleh’s unexpected return to the country last week from Saudi Arabia, where he had been recuperating from injuries in a rocket attack on his compound.

On Sunday, he gave a televised speech calling for elections and a “peaceful exchange of power,” but opponents say he should step down or there will be more fighting.

SAUDI ARABIA | Reaction is mixed to Saudi Arabia’s decree Sunday that women now will be able to vote in 2015 local elections and can be appointed to the advisory Shura Council.

Some questioned why women couldn’t vote sooner, in the next local elections to be held on Thursday, and why they still cannot drive in the oil-rich country.

But others, including the United States, praised the move. National Security Council spokesman Tommy Vietor said it recognized the “significant contributions” women have been making in Saudi Arabia, reported the Associated Press.