A year after Islamic State militants took control of Mosul, the number of Iraqis who have fled the besieged northern city has ballooned to more than a million people in need of basic food, water and shelter, Mercy Corps’ Iraq country director said Wednesday.

“Mosul is pretty much cut off because of (Islamic State) control,” said Steve Claborne by phone from Erbil, the capital of the Kurdish region where many displaced Iraqis now reside in camps. “Very few people are actually returning to Mosul at this point, so those people who are still there are stuck.”

The escaping Yazidis, Turkmen and other religious and ethnic minorities have resettled all over the country — some in camps but even more are staying with friends and relatives in other cities and towns, he said.

Conflicts with Islamic State fighters have spread to Anbar province in the west and to Tikrit, northwest of Baghdad, driving a total of more than 3 million Iraqis from their homes since January 2014, Claborne said. The Iraqi government, with the help of U.N. agencies and other nongovernmental groups including Mercy Corps, has been providing food, shelter, water, health care, education and cash to the displaced people. But because of this year’s drop in oil prices, the cash-strapped Iraqi government is now relying more on relief organizations. 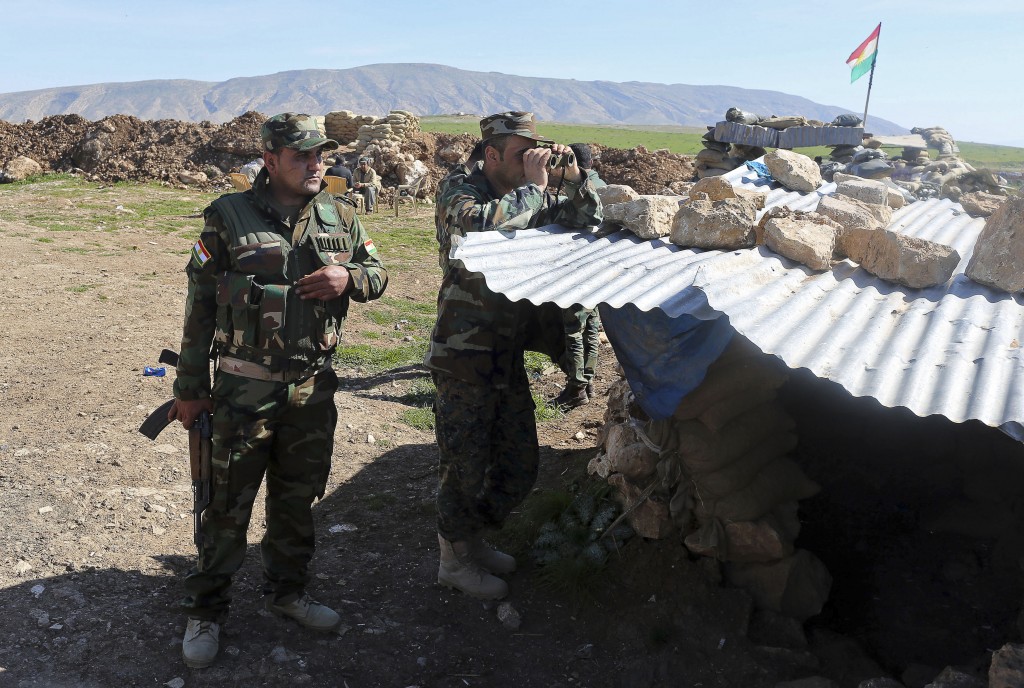 Mercy Corps provides the recently uprooted Iraqis with cash payments of about $360 to help them purchase basic supplies locally. The organization then assesses those most vulnerable, such as women-headed households or large low-income families, to give them follow-up payments for necessities such as food and rent.

Mercy Corps has enrolled about 6,000 families in the cash program so far, and other aid organizations are now supplying cash as well, said Claborne. Mercy Corps coordinates with the other groups to make sure the families are receiving a uniform amount to avoid conflicts among neighbors.

In terms of providing education, some schools have doubled their sessions each day to accommodate the influx of children, though many displaced children still aren’t in school, said Claborne. About half of children living in temporary camps are in school, compared to only about 30 percent outside of the camps, according to Mercy Corps’ latest report on the humanitarian situation.

“The displaced don’t know when they can go back and in what condition their homes will be. We’re focused on what people need now just to get by.”

Left: Displaced Iraqis, who escaped the Islamic State violence in Mosul, collected water at Baharka refugee camp in Erbil in the Kurdish region on Sept. 14, 2014. Photo by Ahmed Jadallah/Reuters