This D.C. rock house was born from punk and suits

The 9:30 Club, really just a long hallway leading to a bulb of a room with a stage, was housed in the old Atlantic Building at 930 F St. The address became its moniker.

The cramped, smelly, but much-beloved concert space brought in bands like the Psychedelic Furs and Hüsker Dü, as well as local garage bands The Slickee Boys and Urban Verbs.

Jim Cassedy, who frequented the club, remembers those bands and those days well. In the early 1980s, he worked just up the street at the Smithsonian American Art Museum and would often amble over for happy hours.

Cassedy would nurse a $1.50 beer and watch MTV music videos — a new thing at the time — selected by bartender Mark Hall, who was a favorite among the diverse patrons.

“It really was all sorts of people, from bike messengers to Department of Justice lawyers,” Cassedy said. Whether you wore leather and chains or khakis and button-downs, no one judged. “It represented D.C. to the nth degree,” he said. 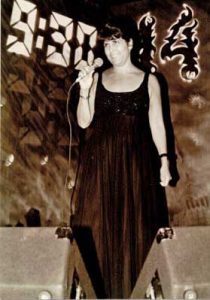 When happy hours rolled into evening hours, he even enjoyed the music. “If you sat at the bar long enough, they’d let the regulars stay even without a ticket when a show wasn’t sold out.”

“There was this sense of community, and music was at the base of it,” said Donna Westmoreland, who took over from Hall as bar manager in 1990 and is now the club’s chief operating officer.

In the early pre-Internet days at the club, people discovered new bands by talking to each other, she said. “There was this excitement in finding — whether it was Brit pop, or hardcore, or ska and punk — whatever it was you really liked,” she said.

The emergence of grunge music in the 1990s changed things, both for the music industry and the club. Grunge, with its flannel-shirted fans, was adopted by the more buttoned-up, corporate side of the music industry, Westmoreland said. Record labels, seeing the grunge sound and style as a moneymaker, began spending money on those products and bands, she said.

But competition forced the 9:30 Club to step up its game. The Black Cat on U Street, which opened in 1993, was the new kid on the block and could accommodate 600 concert-goers, while the 9:30 Club had a 199-person capacity. The Black Cat was scooping up bands by paying them more money, Westmoreland said. 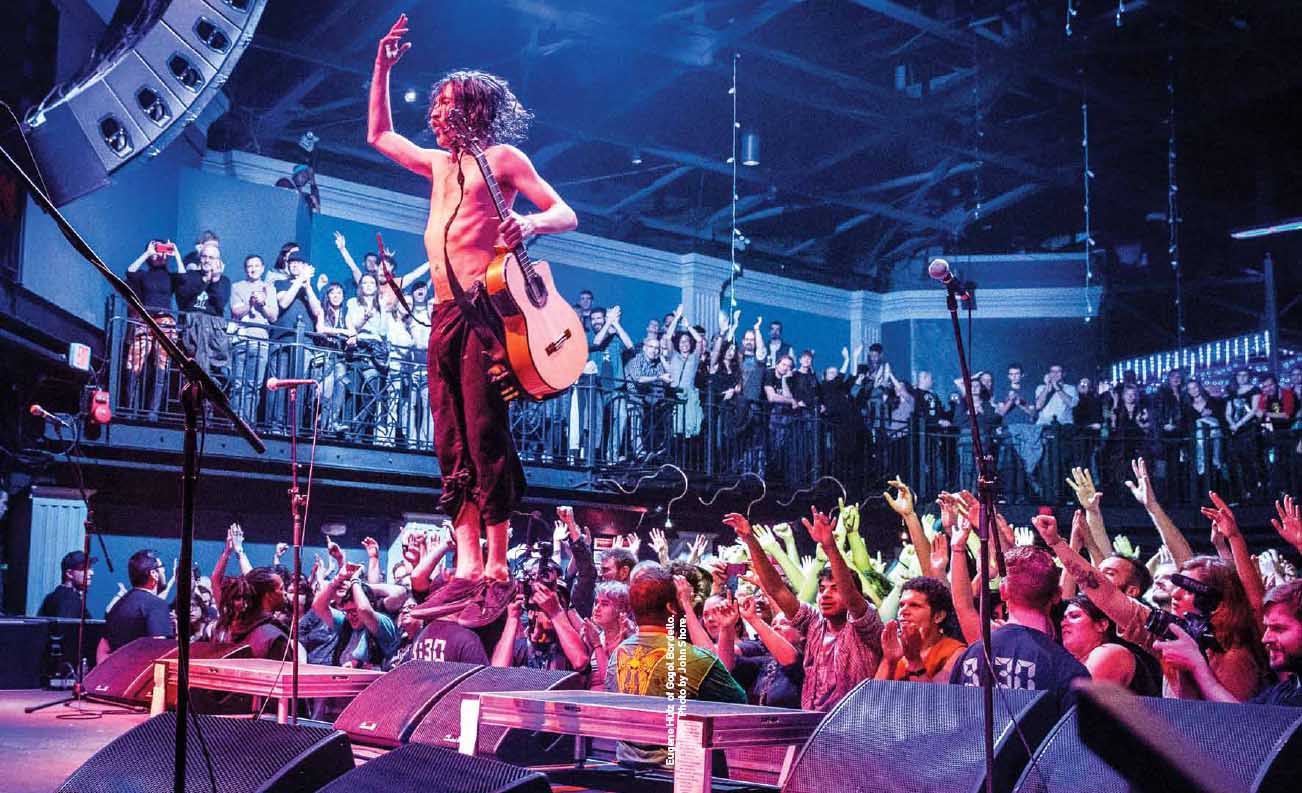 Eugene Hutz of Gogol Bordello performs at the 9:30 Club in Washington, D.C. Photo by John Shore

So the 9:30 Club moved out of the decaying Atlantic Building and to the well-trampled U Street corridor of northwest D.C., to its current location at 815 V St. The club now holds up to 1,200 people. It serves hummus and panini at the bar. 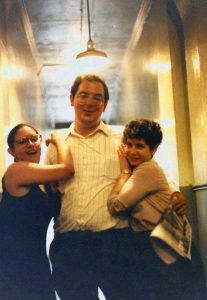 Jim Cassedy, his wife Karen Cassedy (right), and their friend ham it up in the hallway of the old 9:30 Club in late-1980s. Photo courtesy of Jim Cassedy

But it seeks to maintain its eclectic music vibe, most recently in an upcoming television variety show, called “Live at 9:30,” which features archival and current footage of its concerts. The 12-episode season will be ready to air on PBS stations in June.

The first one-hour episode features musicians from the band, Garbage, the American-Scottish band that has been around for more than 20 years with hits including “Only Happy When It Rains,” and young French-Cuban duo Ibeyi known for their world beat songs such as “River.”

The mixture of artists is meant to introduce viewers to bands they might not encounter elsewhere, in the spirit of the club’s original mission.

For people like Cassedy, who is now 58 and works at the National Archives, the club will always be that special place where he took his wife on their first date and where they later got engaged. A Facebook page was set up for people like them to reminisce.

Check your local PBS listings for air times of “Live at 9:30” and tune into the PBS NewsHour on Thursday for a report on the music variety show.

READ MORE: 5 ways to take great concert photos without being a jerk