NEW YORK — A group of fourth graders were piling magazines atop paper pillars of different shapes: triangles, circles, squares and pentagons. The young scientists and engineers guessed which would hold the most, and tested their theories until each pillar came crashing down, prompting shrieks of surprise.

“Oh, my heart,” exclaimed 10-year-old Amanii Colon after one set of pillars crumpled like an accordion under the weight of 31 magazines and books. “I didn’t know it was going to fall.”

In this skyscraper lesson, the students at Throggs Neck, a subsidized housing development in the Bronx, used the scientific method to test their theories, said Carlos Montoya, a teacher with the Salvadori Center for the past three years. Children can see buildings all over New York, but until they try using different materials themselves, they might not understand what holds them up. 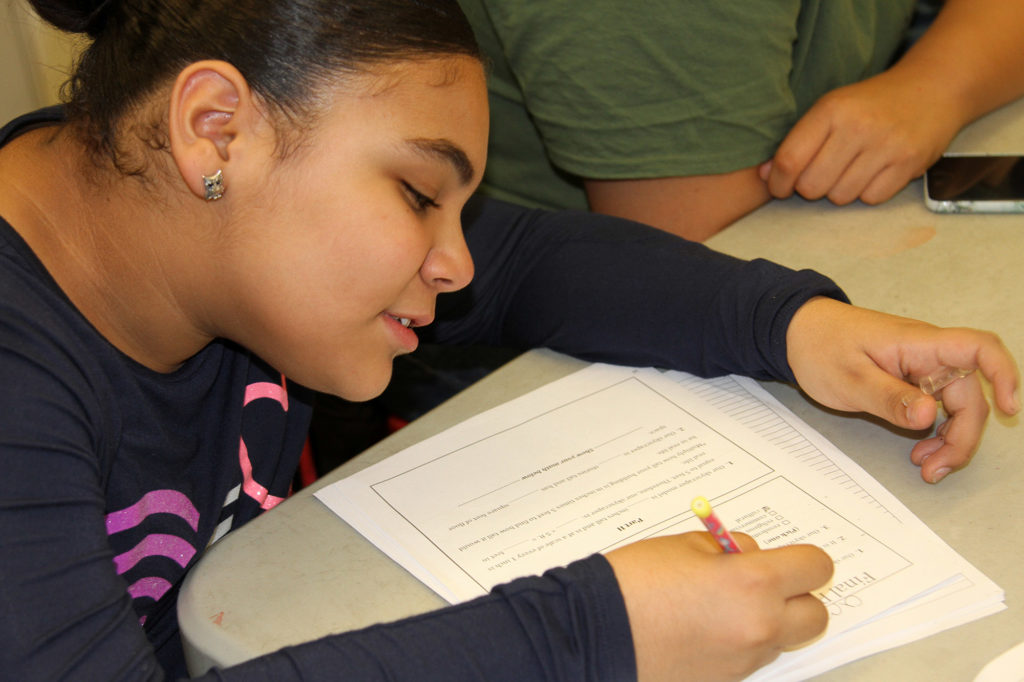 The Salvadori Center tries to show kids how math and science are part of their everyday lives. Photo by Larisa Epatko/PBS NewsHour

“Kids do better and the retention of the knowledge is much higher if they truly experience it as opposed to reading it or hearing it from a teacher,” said the Salvadori Center’s executive director Kenn Jones. “By building it themselves, they’ll probably remember it for the rest of their lives.”

The center runs eight weeks of these hands-on sessions in schools and after-school programs across New York City. The Salvadori Center, named after its founder Mario Salvadori who started the program in the 1970s, sends its own teachers to work in collaboration with the classroom teachers. The Salvadori instructors help the students learn architecture and engineering using the math and science that they are already learning in their regular classrooms. The students also learn team-building and problem-solving, which hopefully they will use in their future workplaces, Jones said.

“By building it themselves, they’ll probably remember it for the rest of their lives.”

Math and science are all around the students — in skate parks where they play, in bridges connecting the island of Manhattan to the rest of the city. “We just need to show the kids that it’s part of their everyday life,” Jones said.

The center operates the in-school program at 50 sites, kindergarten through fifth grade, and after-school programs at 38 sites, including public housing facilities like Throggs Neck.

One classroom teacher told Montoya that one of her students normally has trouble focusing, but he was completely engaged in making polar bears and caribou out of clay for a zoo lesson. Watching him work, “I would have never thought he was struggling or that he couldn’t focus,” Montoya said.

In school, students usually work on math problems by themselves, he added, but “here they get to talk and collaborate, and in that process I think it brings out the best in them.” 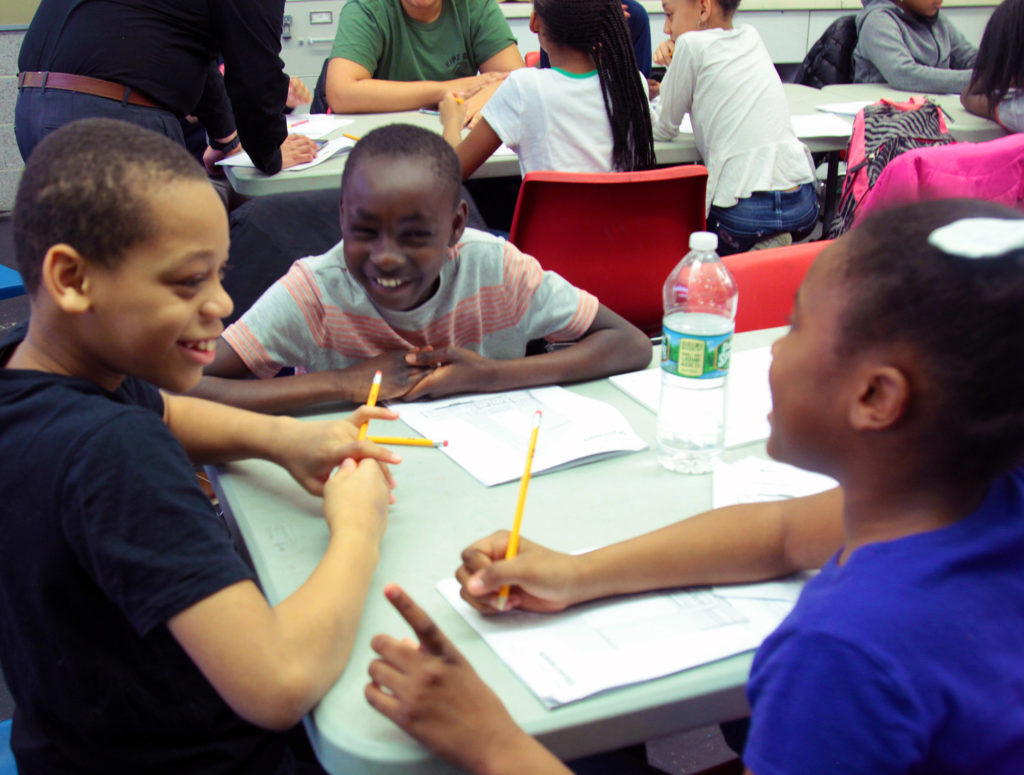 Projects include building skyscrapers, bridges and zoo animals out of clay in proportion to their enclosures. Photo by Larisa Epatko/PBS NewsHour

“Each kid learns in a different way,” and the program accommodates them, said Hilda Abla, a Salvadori Center teacher since September 2017. “They have fun and they learn and they explore their skills. They become very creative.”

Alba herself moved to the U.S. from Lebanon four years ago. “I always had difficulty with math and sciences — I’m a visual person. … I wish I had this program when I was young.”

“At first I didn’t like it,” said 10-year-old Emani Brooks. Not a fan of math and science, she would get nervous taking tests in school. “But when we started to build things like bridges, I learned a lot.” Her favorite bridge is the Golden Gate Bridge in San Francisco, because unlike its name, “it’s just a nice, red, big bridge.”

Xavier Melendez, 9, said he also enjoys the lesson on building bridges. “I like how you plan it out on paper, and you choose the material – iron, wood and glass. And you draw them to scale.”

Jaleel Kassim, 9, is now considering becoming an architect “because I like to design stuff, and I like coloring.” He said he would opt for making apartments and nursing homes. “I’d like to help people that need help.”

Left: In this video, Carlos Montoya, a teacher with the Salvadori Center in New York, explains how kids are learning about science and math by knocking down things.