Cultivating the land to turn over a new leaf

At age 17 and pregnant, Cathrine Sneed ran away to California, determined to become a lawyer.

It had been her professional ambition since age 9. “I thought if my brothers ever ended up in jail, I could help get them out,” she said, having come from a family of 10 siblings. Even back then she knew that black men often faced significant social dangers, including getting caught up in the criminal justice system.

Sneed, the founder of The Garden Project, which provides job training and counseling to ex-inmates and at-risk youth, recently told her story to the PBS NewsHour as she was walking around the farm at the San Francisco County Jail.

In law school, Sneed planned to be a criminal lawyer and she worked on several felony cases in the public defender’s office, including murders involving the death penalty.

After the third loss in one of those cases, Sneed said she took it hard and learned there was a second victim in every loss — the defendant whose life was now over. Her notion of what it meant to be a criminal lawyer changed.

“I realized that my dream of being a criminal lawyer wasn’t based on reality but rather on this romantic notion that lawyers had a magic wand to get people out of jail.” So Sneed shifted gears in school, studied prison law and landed a job at the sheriff’s office in 1980.

She described what she saw there as “horrific,” especially the women who came through. “The women were unskilled, uneducated, with numerous children. Many of them were addicted to different drugs, mainly heroin in those days. And they were very much like me.”

Then a 23-year-old mother, she recognized what had made her different: She was brought up in a household that emphasized the importance of education and working. “Even though I had come to California pregnant at 17, I stayed in school. Also, I saw my mother and father every day get up and go to work. So that was a part of who I am, going to work and going to school.” 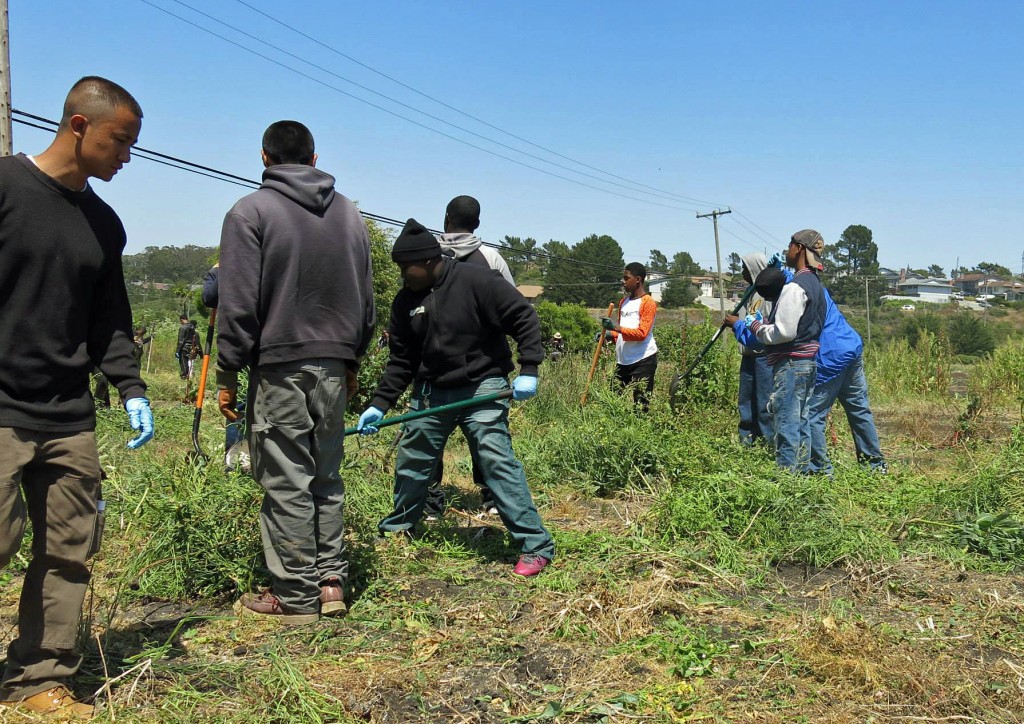 The troubled men and women she met at the sheriff’s office didn’t have that background and had few resources to boot. She used her connections to try to help them get jobs in law offices, and she collected clothing donations. But after several years, she would see the same people coming back.

“The women returned with terrible scars, terrible stories, and this resignation that their lives at any moment could be taken from them. Just the acceptance of that I found appalling.”

Sneed then had her own problems to worry about. “I was back and forth in the hospital for about a year,” diagnosed with a potentially fatal kidney disease. The doctors told her she could stay in the hospital or go home, but either way she was likely to die.

So she went home. Her boss at the sheriff’s office, known to give his colleagues books, gave her “The Grapes of Wrath”.

She said her first reaction was, “Why would I read this dumb book while I’m dying?” But she read it anyway and it clicked for her: “When people can connect to land, then somehow they have hope.”

Sneed asked the sheriff if she could bring the prisoners to work in the farm outside the jail. He said she could, if she felt well enough.

She started bringing the prisoners to the farm and immediately saw a change. “In the jail, they were argumentative, they wanted cigarettes, they were fighting,” she said. But in the fields they could take the time to look around and learn about the world around them.

Anthony Travis Jr. describes his experiences at The Garden Project in the above video. “I learned that I just wanted to be a different person,” he said.

Sneed’s health improved, and in 1982, she founded the San Francisco County Jail Horticulture Project for prisoner rehabilitation. But even as the inmates became more cooperative, they still had trouble getting jobs after leaving the prison.

The city asked her to extend the farm-based education program to at-risk youth in 2004, and since then has paid thousands of high school-aged youth $11-13 per hour to work at the garden during their summer breaks. “For most of them, they’re the only wage-earners in their homes,” said Sneed. Some of her workers are the grandchildren of people she first encountered at the sheriff’s office.

Sneed said she isn’t teaching gardening so much as teaching people how to work. It can be challenging to instill a work ethic when they haven’t been exposed to role models with regular employment, she said. “For a regular employer, I see why people don’t hire these kids. You ask them to do something and they say ‘no.’ It takes me usually two weeks to get them to not say terrible things, basically hate speech, in the workplace.”

The participants eventually get on board. The paycheck helps. But they also recognize they’re doing something important, such as growing vegetables for seniors and families in shelters — and some of those families could be their own, said Sneed. 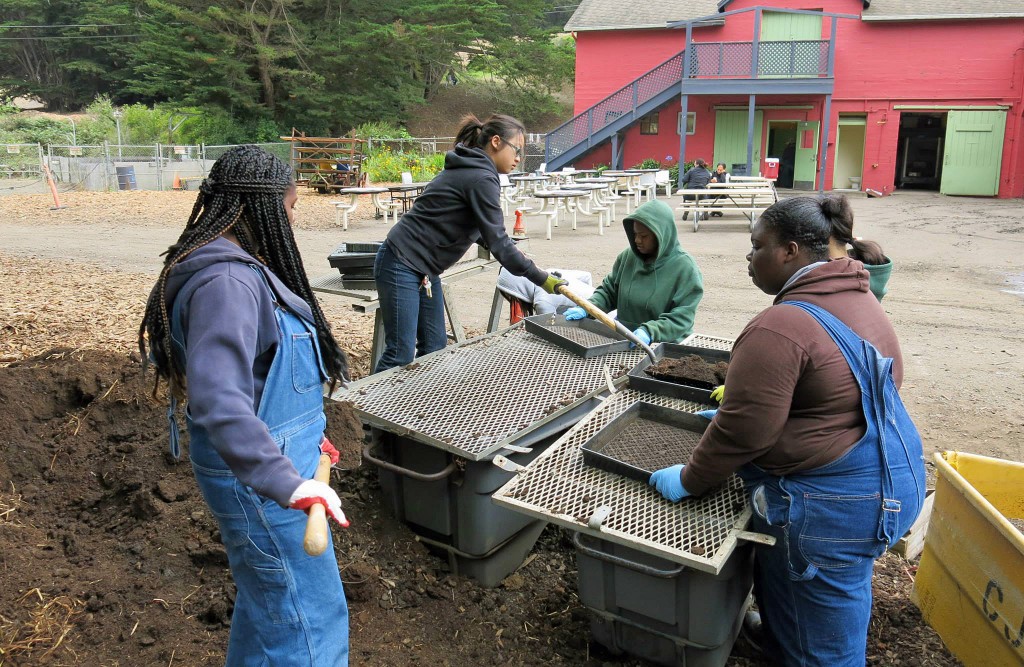 More than 300 high school-aged teens took part in the summer program in 2014. Photo courtesy of The Garden Project

Sometimes she’ll run into past participants who now have jobs with the city or as receptionists or have started their own landscaping businesses. “They say, ‘I remember what you said about the leaves and being able to look up and not down all the time.’”

As for future plans for The Garden Project, Sneed said she would like to see more funding from the city to double the number of participants and expand the summer program to be year-round. She also would like to build a space where visitors could come and learn about the program.

“We have proven that this is an effective way to impact people’s lives.”