PBS NewsHour reflected on the life of Julian Dawkins on Friday. 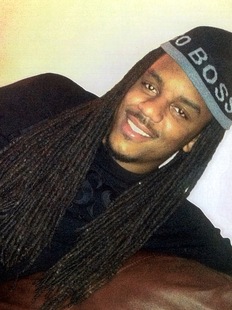 The PBS NewsHour lost one of our own on May 22 in the shooting death of Julian Dawkins, our 22-year-old shuttle driver.

Friends and family filled Antioch Church of Christ in Alexandria, Va., to capacity for his funeral on Friday, where NewsHour senior correspondent Gwen Ifill spoke about the impact he made. Her words from the service are below.

My name is Gwen Ifill. I’m honored today to represent my colleagues at the PBS NewsHour.

Julian was family to you. He was to us, as well.

I wish I could capture for you the outpouring of emotion that greeted the news of his passing. There were tears, yes. But there was also regret, and anger and fond memory.

I think it’s accurate to say it would have shocked even Julian what an impression his gentle presence left in our lives. One NewsHour Alum called him a “balm and a rock” for us.

I’d add, in his passing as well as in his presence.

Another former NewsHour colleague, who is now working as a reporter in New Hampshire, learned of Julian’s passing and immediately sent this note:

“Julian was a good man, a kind man, a quiet, respectful man. We worked together. He had a nice car and amazing dreadlocks…we rolled the windows down and listened to music I’d never heard before. I still recall fondly those rides in his car. They made my day.”

Another colleague wrote: “Tragedy indeed. But tragedy is too weak a word.”

“Julian was such a sweetheart,” another said. “A gentle soul who was intensely shy, but always offered a beautiful smile and warm hello whenever we met. He felt things deeply, and you could see it in his eyes.”

“What can I say.” another wrote, “about a person that was like a son to me?”

Everyone remembers that smile. “Julian was definitely the sunshine on a cloudy day,” another colleague said.

And this: “Julian knew what was important — family. Even with a heavy load on his shoulders, he was an optimist and looked out for those close to him, especially his brother. Sounds like we all agree that we would do anything for one more day and one more smile from Julian.”

To the family: you should know that — just like you — his NewsHour family will not rest until we get the answers to the questions we all still have.

And even when we do, we will continue to grieve with you, pray for you, and consider you our family, too.

He was our balm and our rock.

Gwen Ifill also wrote about Dawkins in her blog on May 23.