Gallery: 100 years of the Panama Canal in 10 photos

Friday marks the 100th anniversary of the opening of the Panama Canal, the 48-mile passage linking the Atlantic to the Pacific Ocean. It helped move American troops to the Pacific theater during World War II and has facilitated trade between continents.

Without the shortcut, ships would have to chug more than 9,000 miles around South America’s Cape Horn.

The French first tried building the canal in the late 1800s but abandoned efforts due to spiraling costs, difficult terrain and disease.

Under President Theodore Roosevelt, the United States purchased the holdings and equipment from the French-owned New Panama Canal Co. for $40 million and embarked on the massive project. 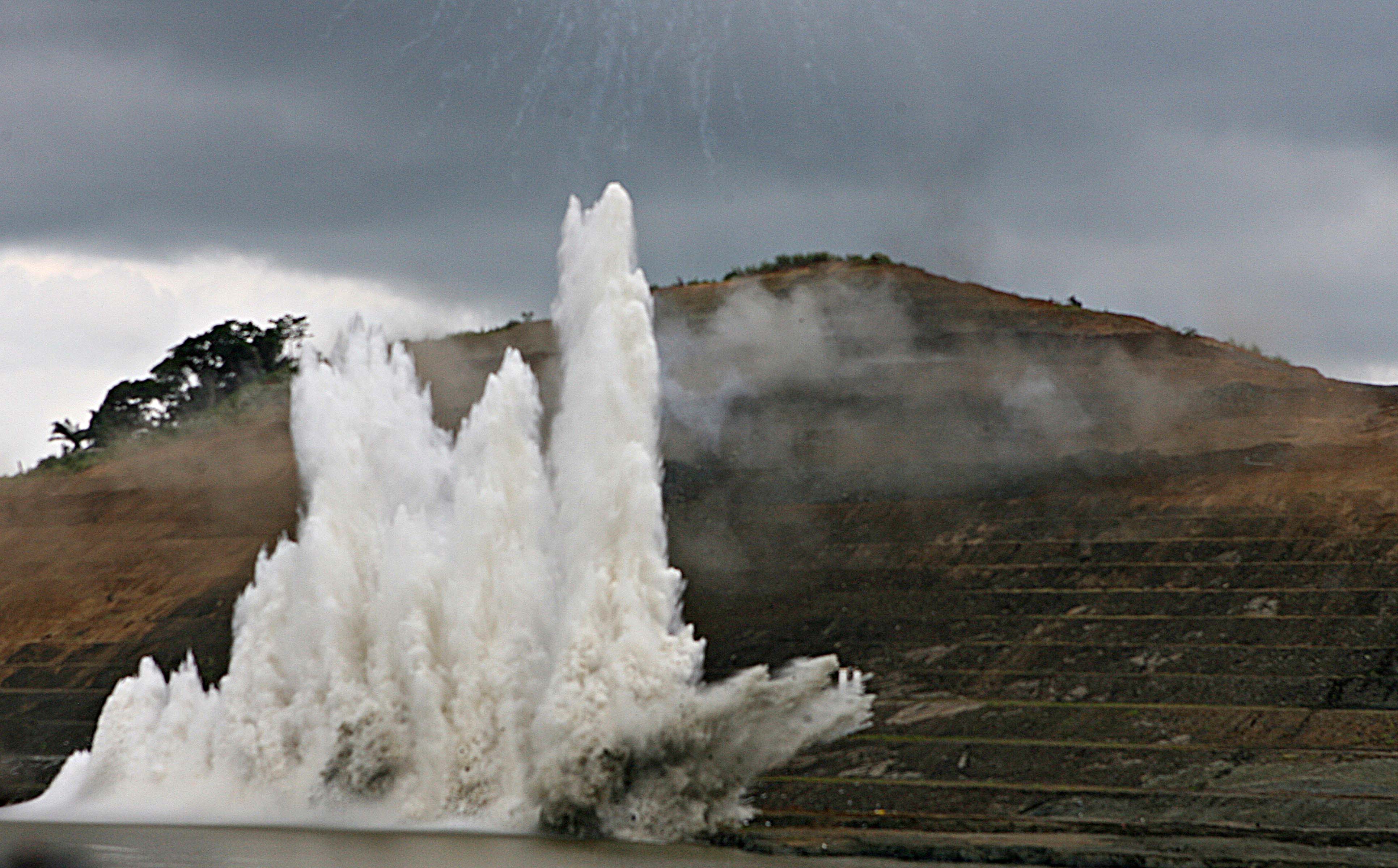 A controlled explosion sends water into the air in the Panama Canal during a Sept. 3, 2007 event celebrating the 30th anniversary of the 1977 treaty signed by then-President Jimmy Carter and Panamanian leader Omar Torrijos to transfer possession the canal to Panama at midnight Dec. 31, 1999. Photo by Susana Gonzalez/Bloomberg via Getty Images 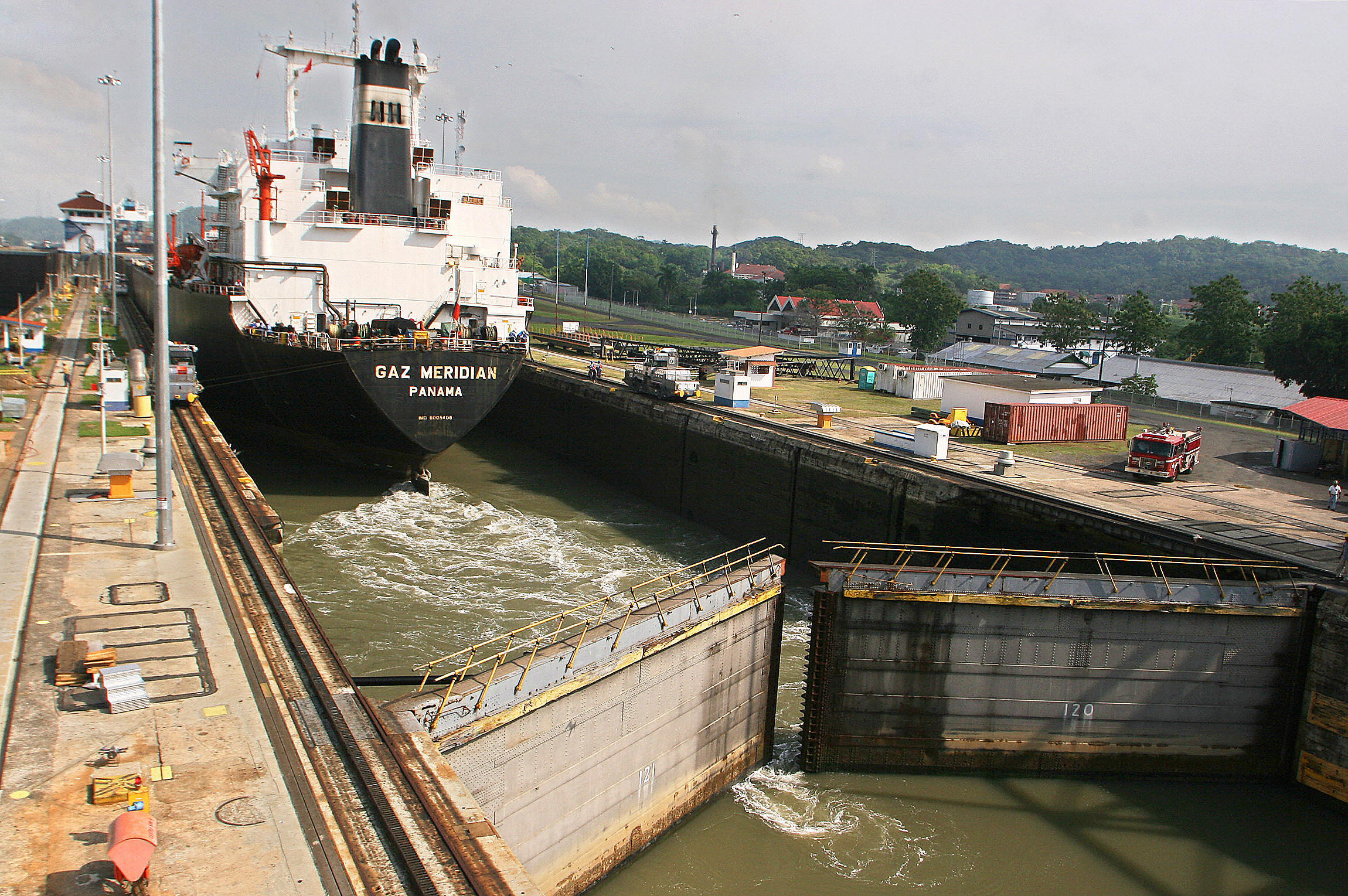 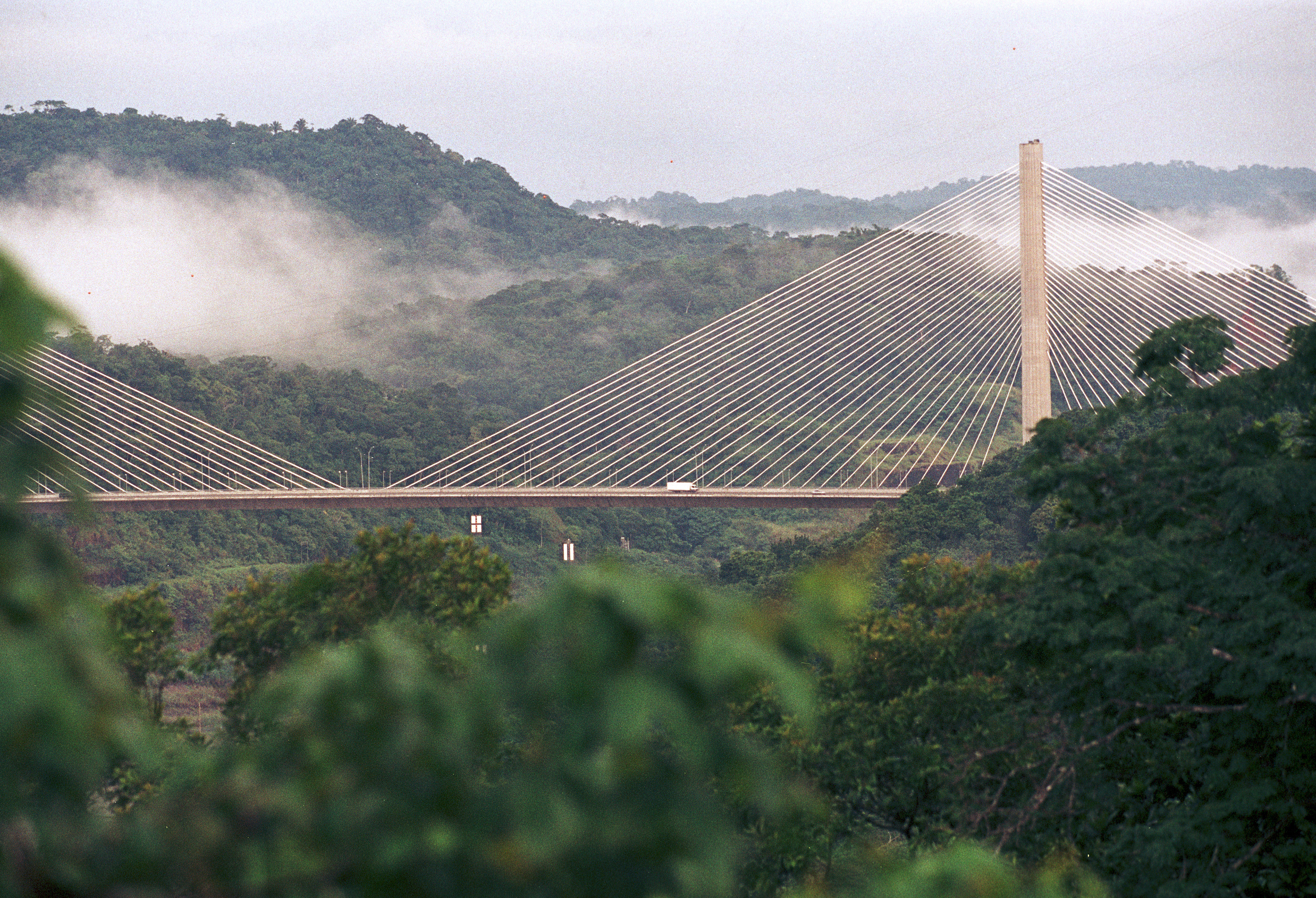 The Puente Centenario, or Centennial Bridge, spanning the Panama Canal opened for traffic in September 2005. It’s the second road to cross the Panama Canal and was built to ease congestion of the first roadway, the Bridge of the Americas. 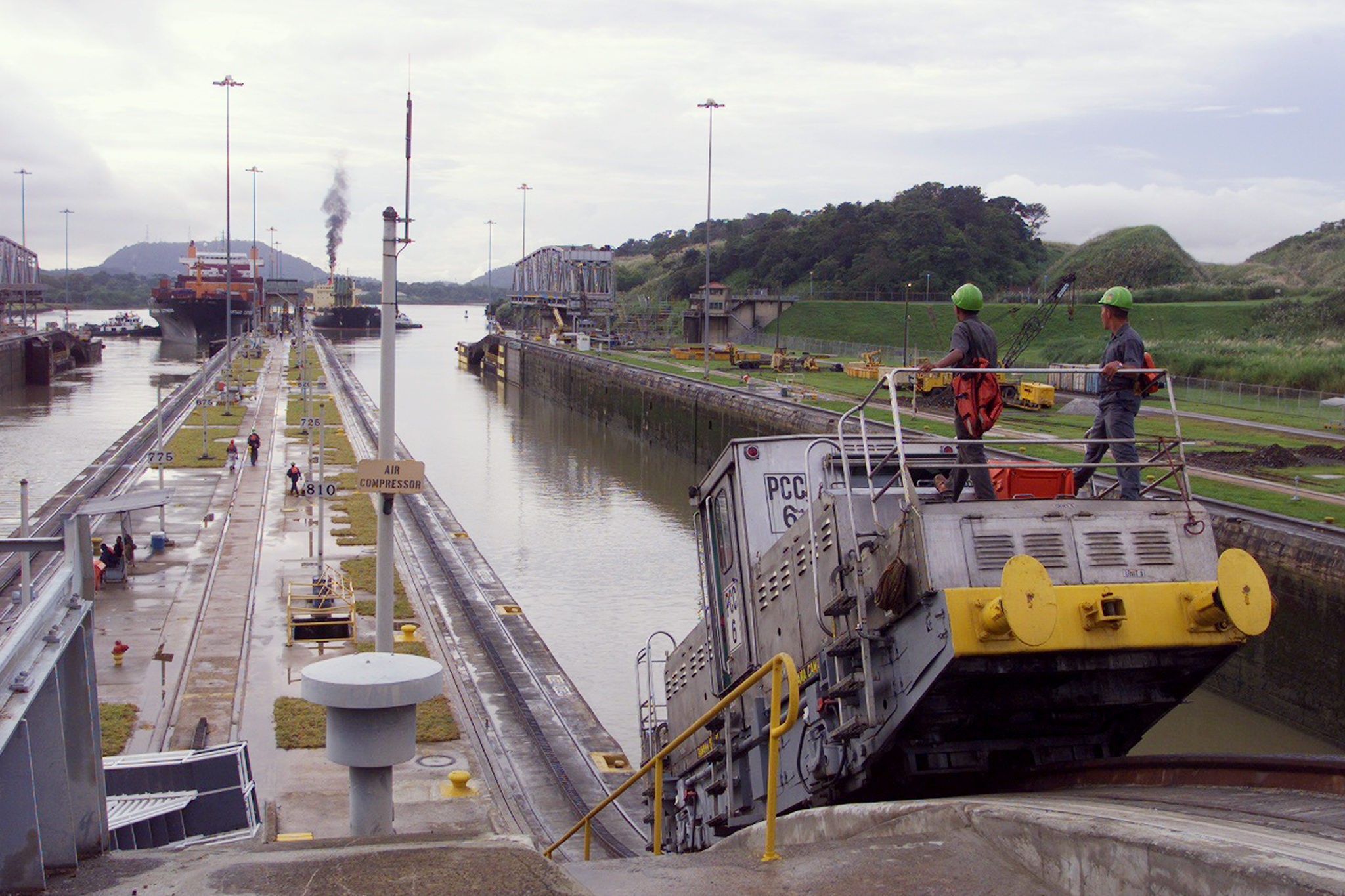 One of the electric locomotives, called “mules,” that pull ships through the Miraflores locks in the canal. Photo taken Sept. 17, 1999, by Harry Hamburg/NY Daily News Archive via Getty Images 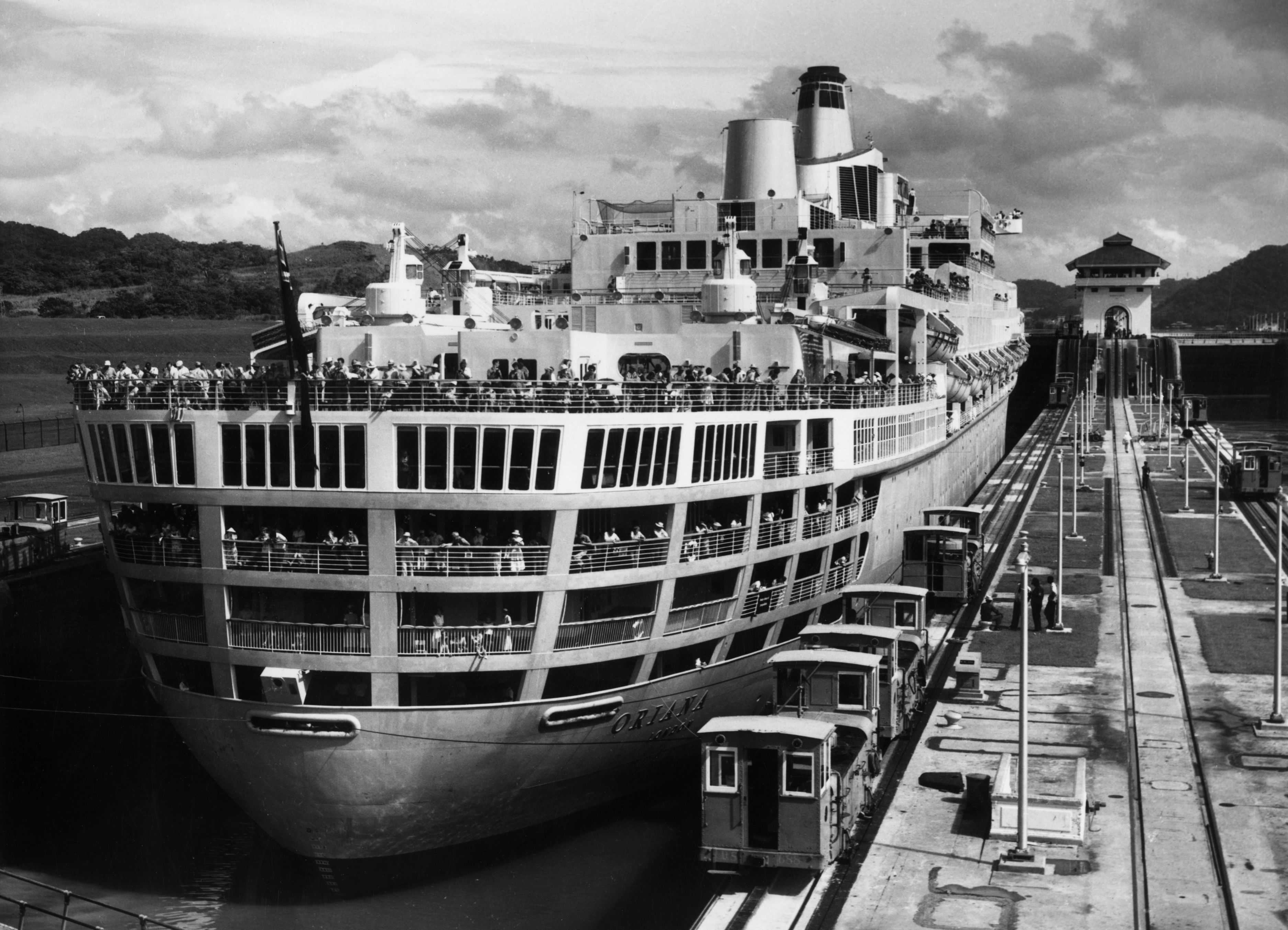 The first P&O Orient liner Oriana returns to Southampton after her maiden voyage to the Panama Canal in 1961. She was the largest vessel to pass through the canal since the German liner Bremen in 1939. Photo by Central Press/Getty Images 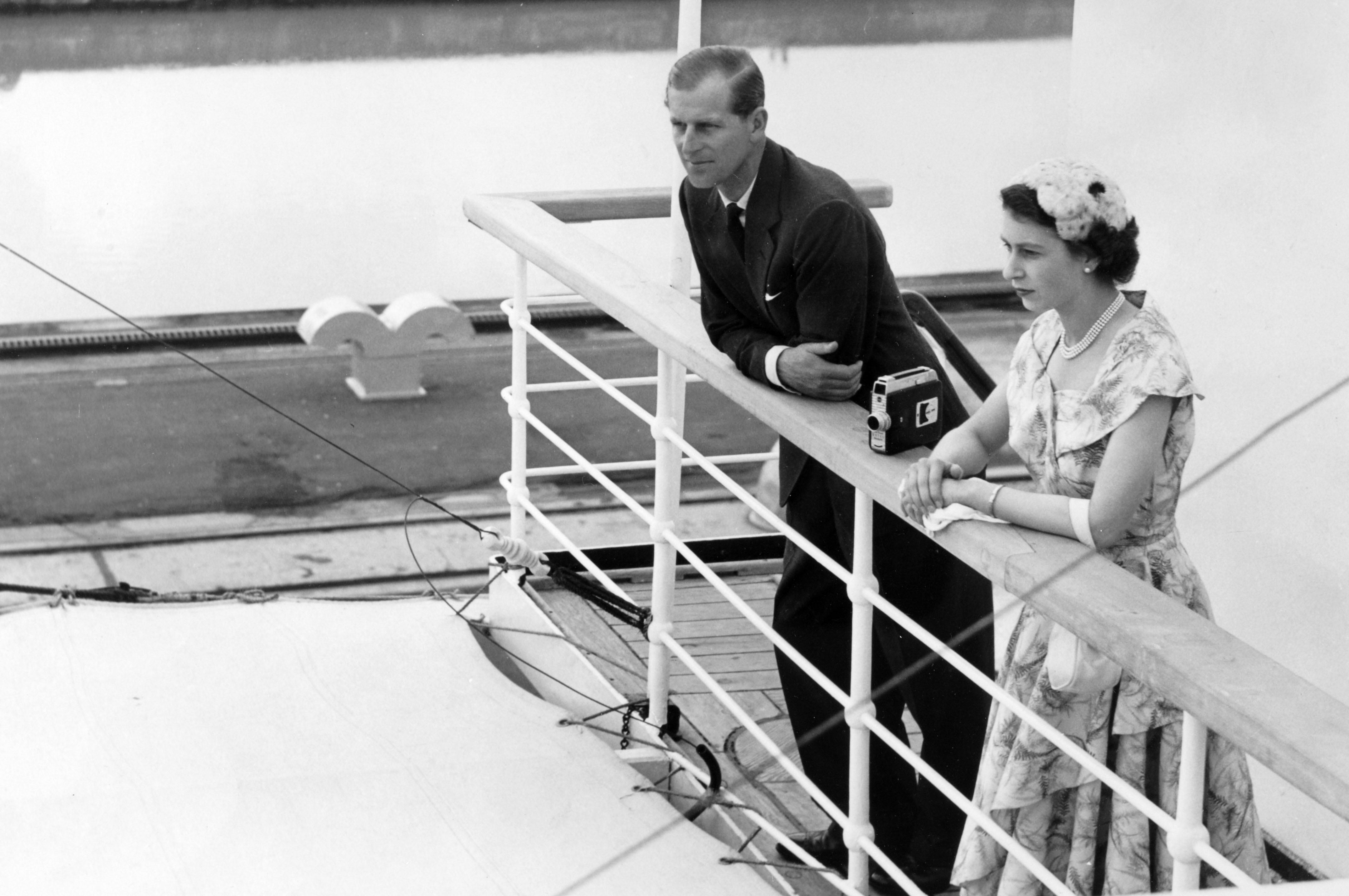 Queen Elizabeth II and the Duke of Edinburgh on board the Gothic as the ship negotiates the Miraflores locks in the Panama Canal on Dec. 3, 1953. Photo by Popperfoto/Getty Images 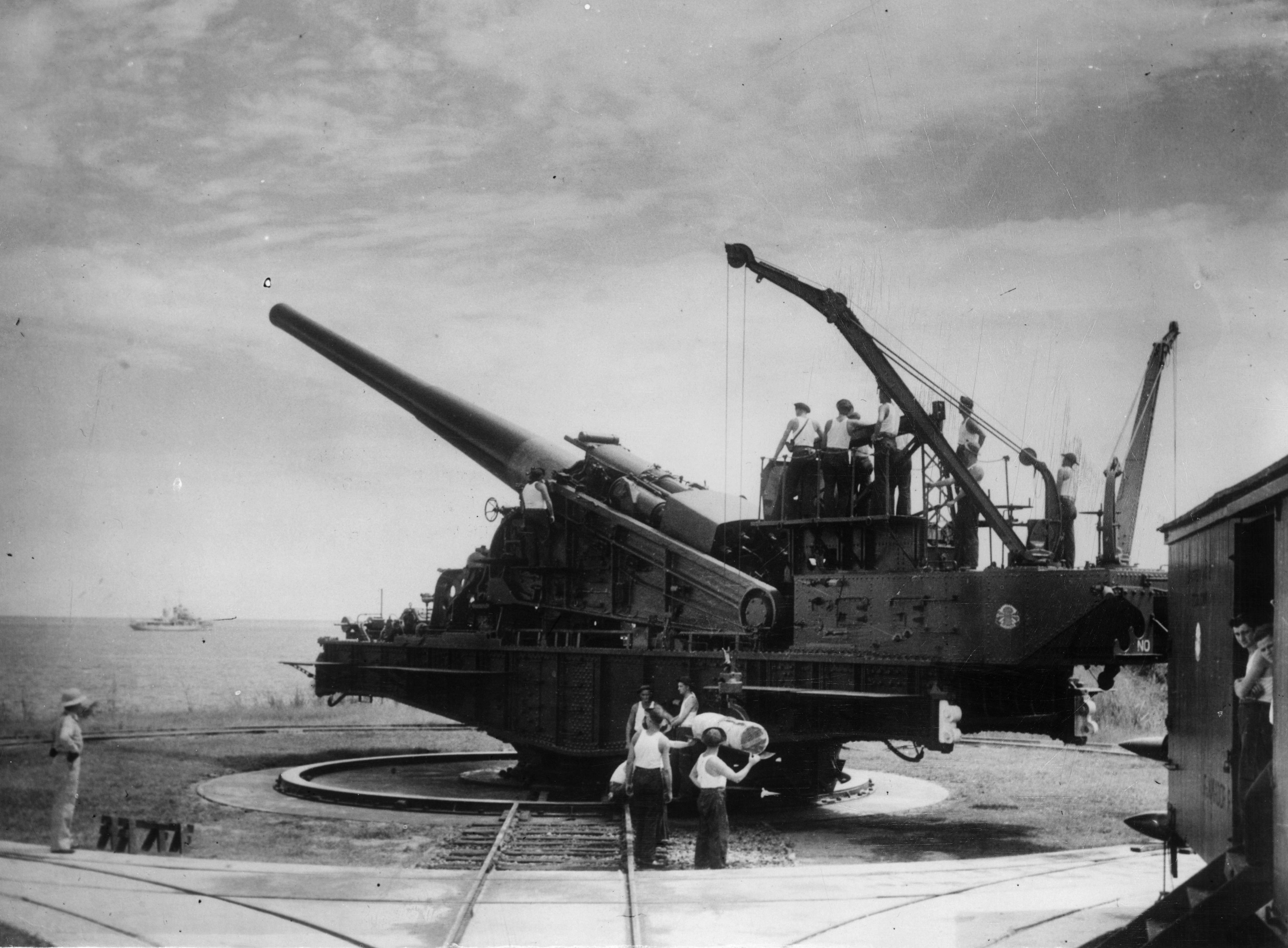 Photo circa 1942 of one of the 14-inch guns that guarded the Panama Canal in the event of war. Mounted on a turntable, the gun could fire a missile 30 miles out to sea. During the war, both the Germans and the Japanese had devised ways to bomb the canal, but they abandoned their plans for various reasons. Photo by Keystone/Getty Images 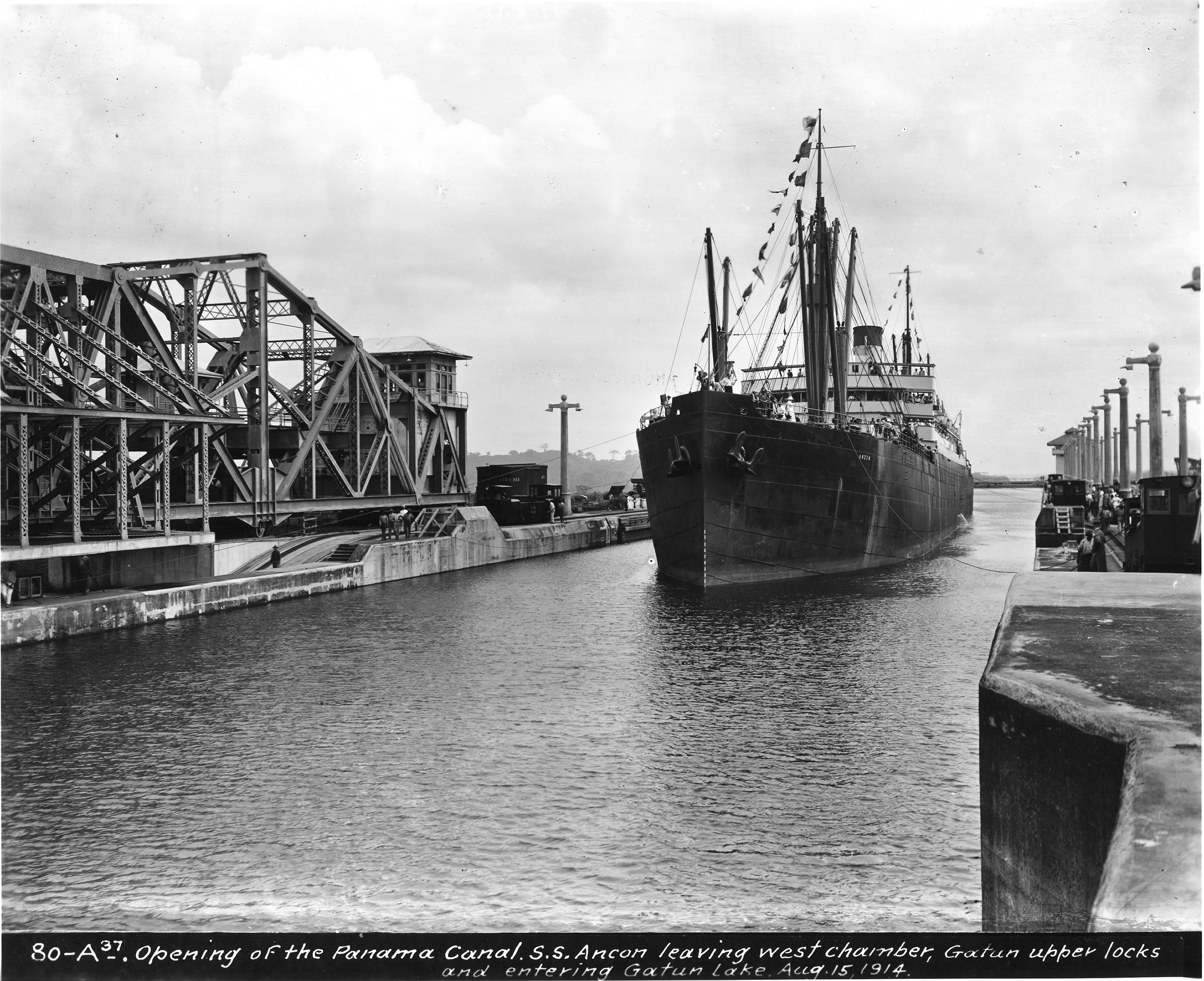 The Panama Canal opened on Aug. 15, 1914. The first ship through was the U.S. steamer the SS Ancon. It’s shown here leaving the west chamber of the upper Gatun locks and entering Gatun Lake. Photo by PhotoQuest/Getty Images 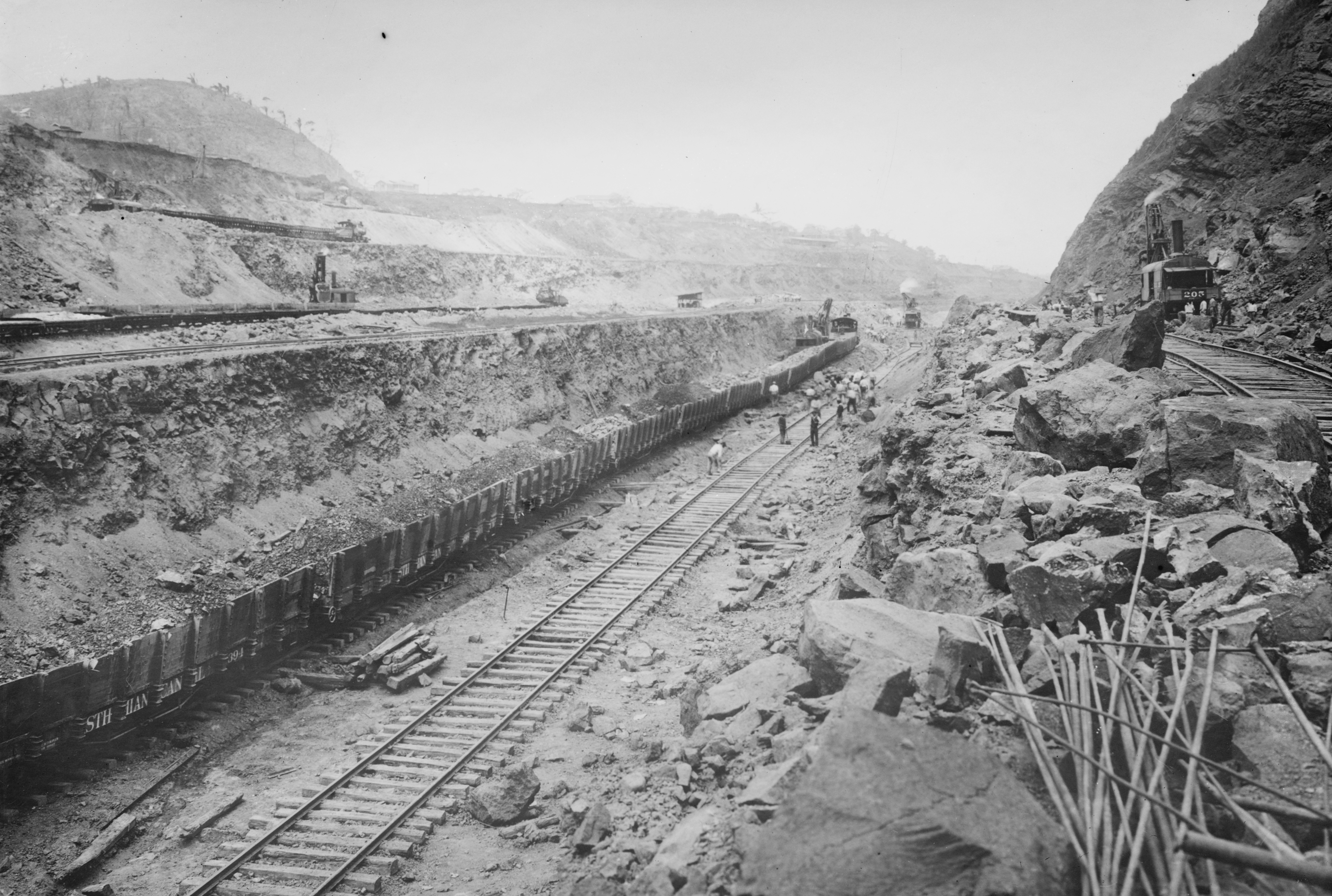 Steam shovels load rocks blasted away onto twin tracks that remove the earth from the Panama Canal bed circa 1908. It took the United States 10 years to build the canal at a cost of $375 million (which equals about $8.6 billion today). Photo by Buyenlarge/Getty Images

On Friday’s PBS NewsHour, co-anchor Gwen Ifill hosts a discussion about the impact of the Panama Canal. You also can watch PBS American Experience’s Panama Canal about the enormous engineering feat.

Left: View from Contractor's Hill, Panama, of ships sailing in the Panama Canal in May 2014. A set of locks at either end eases ships through the artificial Gatun Lake, built to reduce the amount of excavation needed for the canal. A third set of locks, under construction and set to open in 2015, will allow wider ships to pass. Photo by DeAgostini/Getty Images