In a tumultuous news cycle, a little good news can be a welcome change of pace. We collected some good news stories about women gaining independence through culinary training in Morocco, and how children in Ghana are learning about electronics while having fun.

At the Amal Women’s Center in Marrakesh, Morocco, women from difficult backgrounds are learning culinary and restaurant training. The apprentices are orphans, single mothers, divorced or widowed — women who might otherwise feel stigmatized in Moroccan society. In Morocco, women comprise less than 30 percent of the workforce, according to the World Bank. More than half of the trainees so far have gone on to work fulltime at other restaurants and hotels, reported NPR’s All Things Considered. “Nobody wants to see them as full human beings,” said the center’s founder Nora Fitzgerald, but now they are working for themselves.

Children in Ghana get started in tech

The idea for Dext Technology in Ghana came about in a university dorm room. Charles Ofori Antipem and Michael Asante Afrifa decided every child should be able to learn about electronics, so they designed $15 kits containing transistors, wires and a textbook. Students can use the tools to build their own circuits. “Getting the knowledge from the book is one thing but being able to experience it with experimentation is what is really important,” Afrifa said, according to the BBC.

An app in Libya provides home-cooked meals to unsafe areas 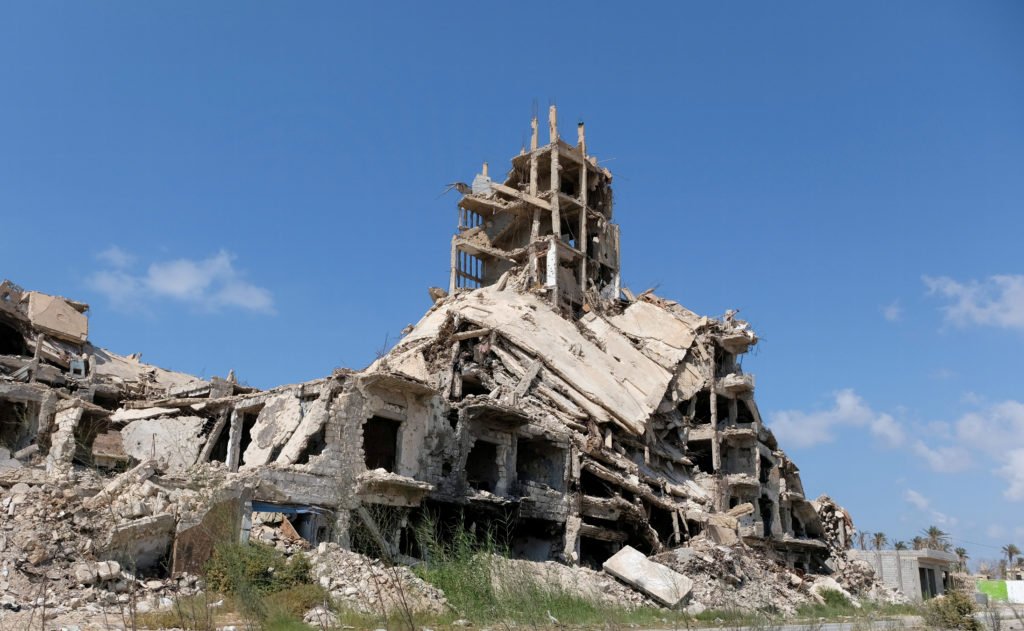 A building destroyed by three years of fighting in Benghazi, Libya. Fatima Nasser created an app that delivers meals to the war-torn city. Photo by Esam Omran Al-Fetori/Reuters

The overthrow of Libyan leader Moammar Gadhafi and resulting instability in the country had an unlikely effect: creating entrepreneurs. “The war and its consequences on the Libyan economy … did somehow push me into aspiring to be an entrepreneur,” said Fatima Nasser. She created an app called Yummy — with the support of Tatweer Research — that delivers homemade meals made by women to unsafe areas in ways that keeps everyone safe, reported CNN.

Former sex workers learn to code in the Bay Area

AnnieCannons, named after a female astronaut, is part coding camp and job agency. The organization based in Berkeley, California equips sex trafficking survivors with computer coding skills to help them earn a living in the technology industry. The pairing just makes sense, said Jessica Hubley, who co-founded the group with Laura Hackney. “We have this huge pool of untapped talent in this very profitable skill, and we have all of this demand for this very profitable skill and the only reason that they’re not going together is because of these biases that people hold that are stupid,” she said, reported PRI’s GlobalPost.

A survey in Scotland showed that some women and girls missed work and school during their periods because they either couldn’t afford menstruation products or were too ashamed to ask. Victoria Heaney started a campaign called #FreePeriodScotland, which caught the eye of the government, reported the Guardian. Scotland now provides free sanitary products in schools, colleges and universities, and in other low-income areas. “Women should not have to make the choice between putting dinner on the table and providing sanitary products for themselves and their daughters,” said one of the program’s supporters, Aberdeenshire East Member of the Scottish Parliament Gillian Martin.