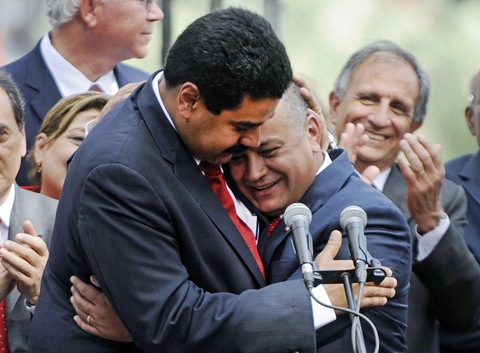 Updated March 6: Hugo Chavez loyalist and Venezuelan Vice President Nicolas Maduro will continue to lead the country as he prepares for presidential elections within 30 days. Chavez died Tuesday after a two-year battle with cancer.

On Dec. 8 in an address to the nation, Venezuelan President Hugo Chavez announced he was heading back to Cuba for emergency cancer surgery and should another presidential election be needed, Venezuelans should vote for his vice president: Nicolas Maduro.

It was the first time Chavez had put his stamp on a potential successor, and the man he named seems to be a far cry from the camera-loving divisive leader.

Maduro, a former bus driver and union leader, was appointed vice president after Chavez won re-election to a six-year term in October. Maduro continues to serve as the minister of foreign affairs — a post he’s held since 2006.

Previously, he was president of the National Assembly. As foreign affairs minister, he’s maintained close contacts with Cuba and has helped facilitate peace talks between FARC rebels and the Colombian government.

He met Chavez and campaigned for his release after the young Chavez was imprisoned for attempting to overthrow the government of Carlos Andres Perez in 1992.

Maduro, now 50, has a close and trusting relationship with Chavez, and few — if any — documented disagreements with him, making him a logical choice as successor, said Shannon O’Neil, senior fellow for Latin America studies at the Council on Foreign Relations.

Michael Shifter, president of the Inter-American Dialogue in Washington, D.C., met Maduro several times while he was in the National Assembly and as foreign minister, and described him as “open and accessible.”

“He’s somebody you can talk to,” said Shifter. “As a union leader, he can make deals and is more a traditional politician, unlike Chavez who was more confrontational and difficult to deal with.” 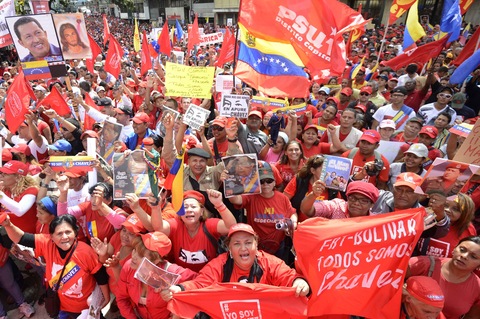 Chavez missed his scheduled inauguration on Thursday, but supporters gathered outside the presidential palace anyway in his honor. Photo by Leo Ramirez/AFP/Getty Images.

Because of Maduro’s loyalty to Chavez, it’s difficult to differentiate his personal views, such as on relations with the United States. But “he’s got a pragmatic streak,” Shifter said, and if he felt the United States would be useful to Venezuela and his government, whether it’s encouraging private investment in the oil sector, for example, he probably would consider boosting relations.

Indeed, the Obama administration has been working on improving communications with the oil-supplying nation since Chavez’s departure in December, reported Juan Forero of the Washington Post, citing anonymous officials.

If Chavez dies or becomes incapacitated, the Constitution says Venezuela must hold presidential elections in 30 days.

The so-called Chavistas — those who support Chavez’s Bolivarian Republic of Venezuela — likely would rally behind one candidate, Maduro. He also would benefit from an outpouring of sympathy for Chavez, which could help propel him to the presidency, O’Neil said.

We’ll have more about Chavez’s condition on Thursday’s NewsHour. (Updated with link.) See all of our World coverage and follow us on Twitter: