Meet ‘Claude,’ one of many displaced children seeking refuge in cities

Video of Claude’s story by Matt Moyer and Amy Toensing.

Three years ago, 13-year-old “Claude” — a pseudonym used for his protection — had to flee his home in the Democratic Republic of Congo when his village came under attack. He was separated from his mother and he hasn’t seen her since.

Now, living as a refugee in Nairobi, Kenya, with his grandmother, aunt, sister and brother, he still doesn’t feel safe. “My grandmom only wants us to play on the roof because she is afraid we will get hurt or kidnapped in the streets, so we spend a lot of time on the roof,” he told photojournalist Amy Toensing.

Toensing spent three weeks documenting urban refugee children in Nairobi. She and her husband Matt Moyer collaborated on the above video. Their work is now on display at the Salt Gallery in Portland, Maine, until Aug. 8. 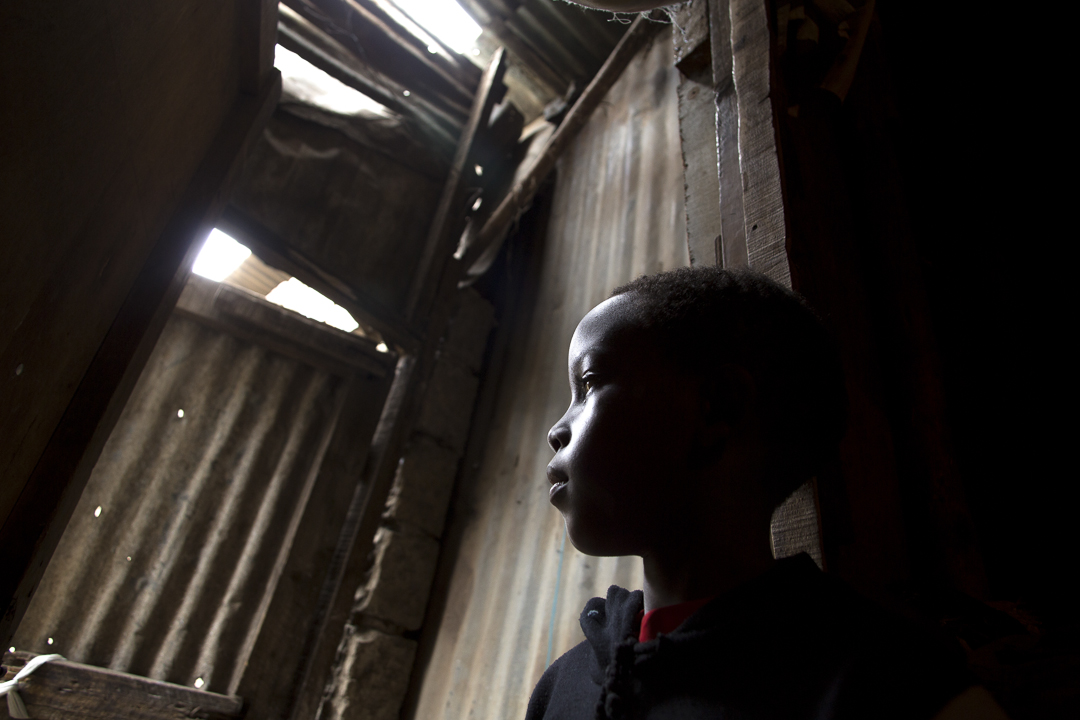 A young refugee boy lives with his aunt in a makeshift dwelling made in the space between two buildings. Photo by Amy Toensing

Claude said people have threatened him with beatings and that they’ll send him back to DR Congo. Refugees often are blamed for criminal activity in cities, whether they are involved or not.

He is one of 51.2 million people — half of whom are children — who have been forced to leave their homes, mostly due to conflict. That number of forcibly displaced people is now the largest in the post-World War II era, the U.N. refugee agency reported Friday.

Among other findings in the U.N. refugee agency’s annual Global Trends report:

One way to address the enormous refugee problem is to resettle them in other countries. RefugePoint, based in Cambridge, Massachusetts, is one of the organizations working to ensure that receiving countries are using as many slots as are designated per year for resettling refugees. 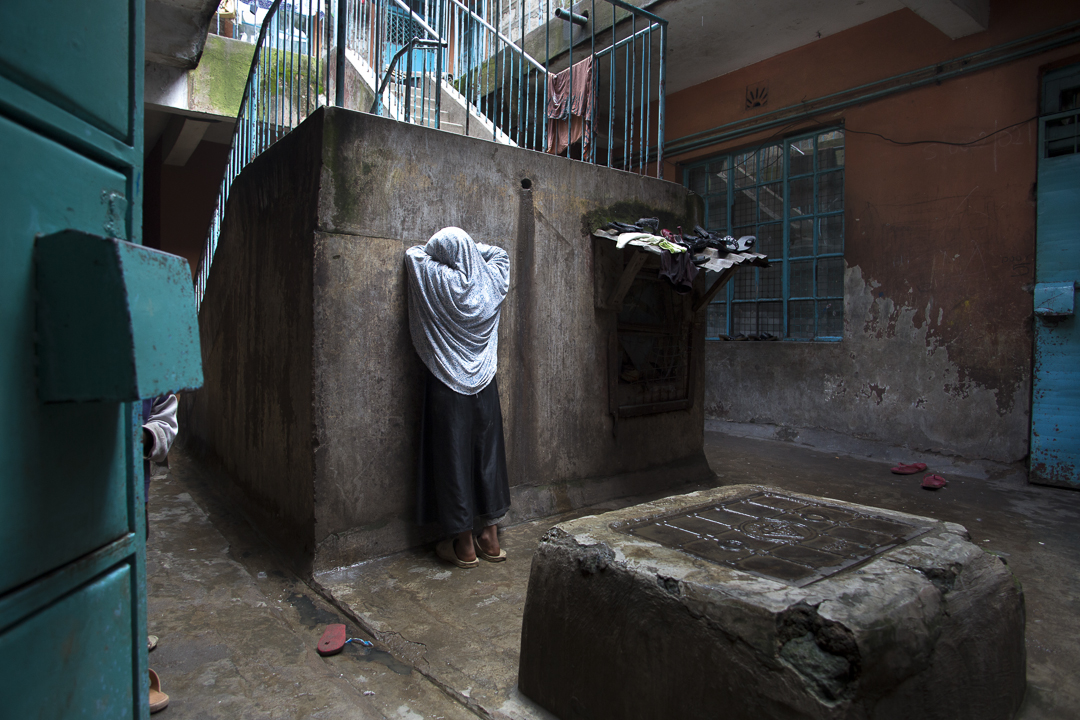 A refugee girl counts to 10 while her six siblings hide in the courtyard of their apartment complex in Nairobi, Kenya. Photo by Amy Toensing

Last year, the United States filled practically all of its 70,000 resettlement slots with refugees from 65 countries, which Sasha Chanoff, RefugePoint’s founder and executive director, considers a success.

Resettling refugees gives them more options to support themselves and get on with their lives, as opposed to living in a refugee camp for many years, said Chanoff. When people are fleeing countries in conflict, “there’s an emergency response to provide food and health,” he said. “But then there’s no change in that emergency response. One year turns into five years, which turns into 10 years.”

For example, in the world’s largest refugee camp — Dadaab in northeastern Kenya — more than 350,000 refugees and asylum-seekers are living in tents, some since the camp opened 23 years ago.

RefugePoint is working on getting Claude’s family resettled through the U.N. refugee agency. Claude is one of the lucky ones, said Toensing, who met the boy through RefugePoint, because he is being considered for resettlement, though the RefugePoint staff caution that it can take years. 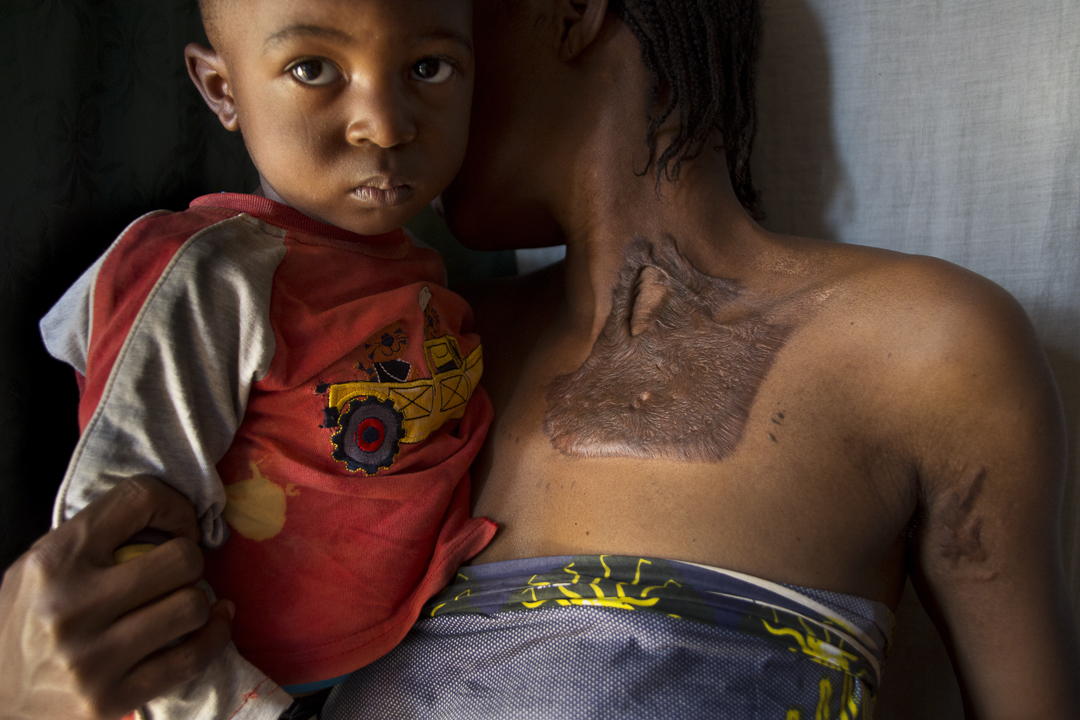 A woman now living in Nairobi, Kenya, said she was burned when a militia group in her home country set her house on fire. Photo by Amy Toensing 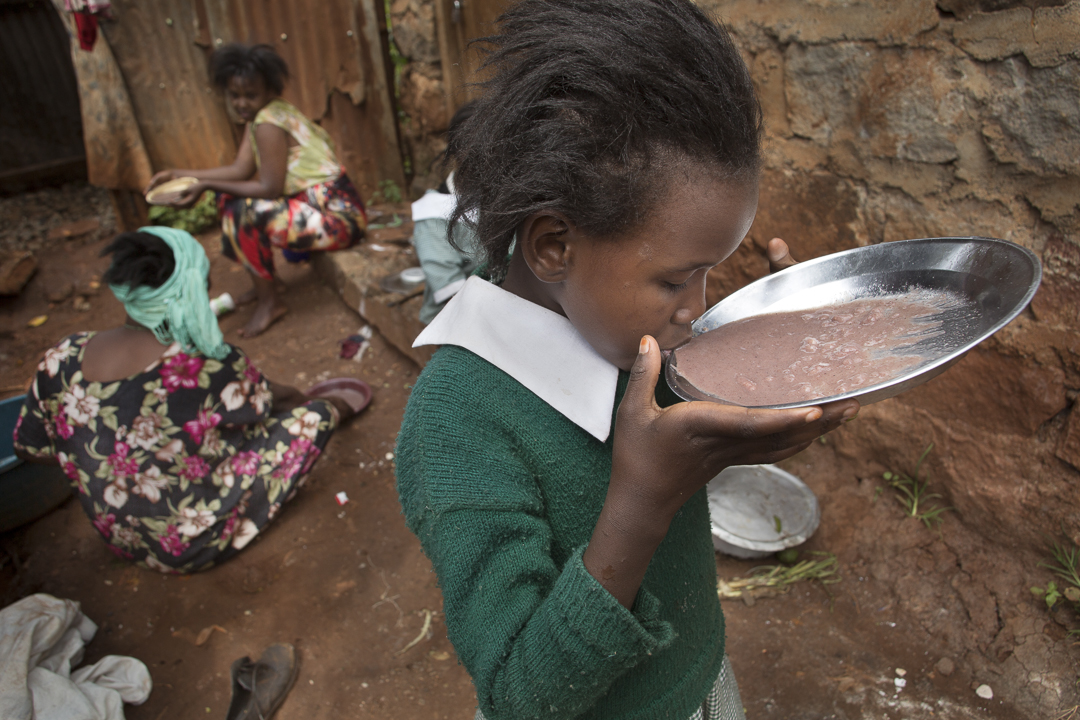 A girl sips porridge in Nairobi, Kenya. In urban areas, getting food is a challenge particularly for refugee families. Photo by Amy Toensing 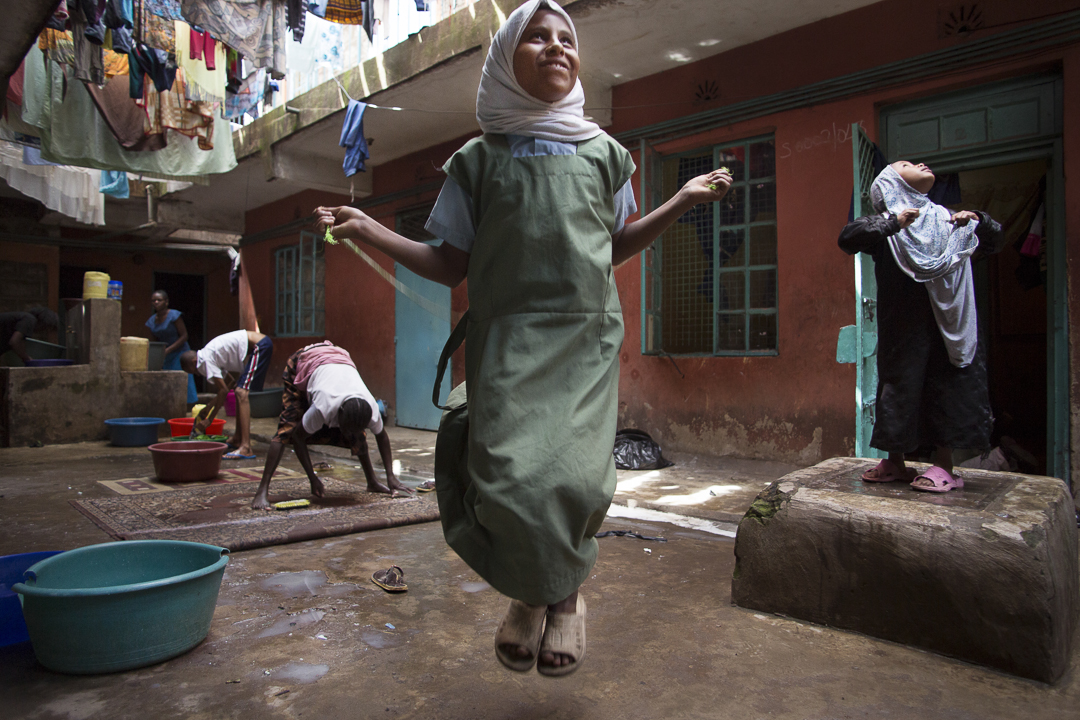 A refugee girl jumps rope in her apartment complex courtyard in Nairobi, Kenya, where it is safer to play than out on the street. Photo by Amy Toensing 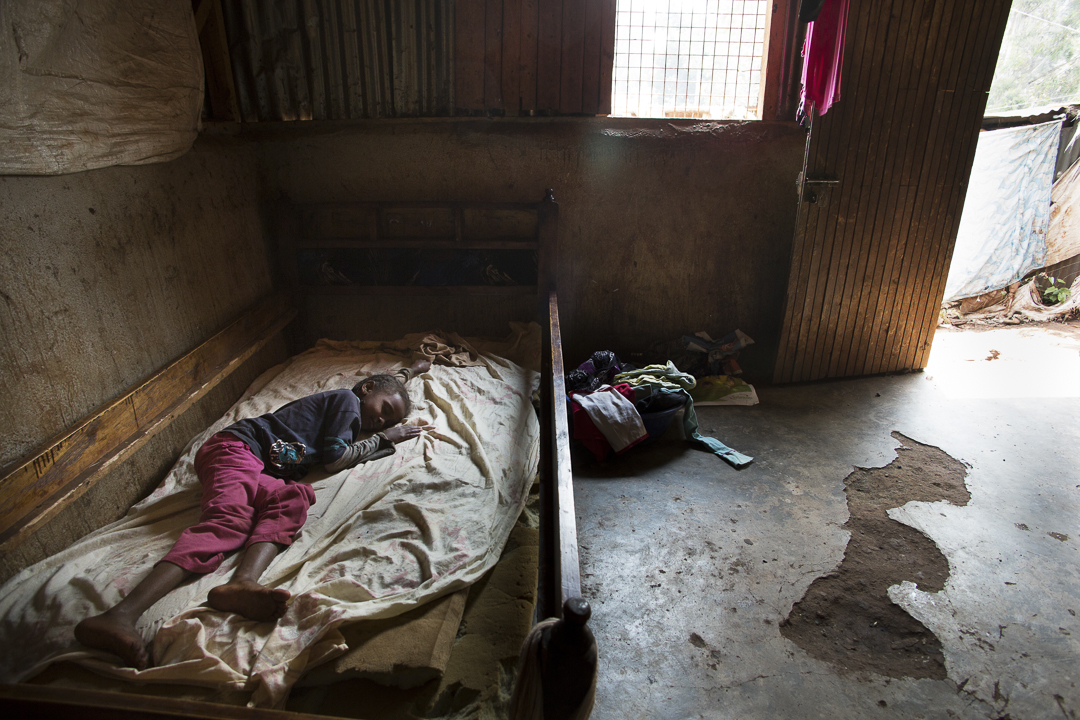 A girl rests on a mattress she shares with her five siblings. Female refugees, particularly those without family, are most susceptible to kidnapping and trafficking. Photo by Amy Toensing