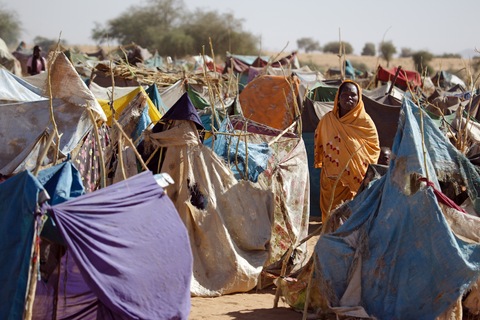 Following a peaceful referendum for southern independence earlier this year, other parts of Sudan are the source of renewed concern. In Darfur, escalating violence is forcing tens of thousands to flee to already bulging refugee camps. And in the border town of Abyei, long considered a potential flashpoint in the north-south divide, both sides appear to be girding for battle.

Since December, more than 70,000 people have flooded refugee camps due to fighting between government forces and armed rebel groups in Darfur.

Several factors contributed to the uptick in violence, according to Sam Bell, executive director of the Genocide Intervention Network/Save Darfur Coalition. They included international attention shifting focus to the referendum on southern Sudan independence in January, and fears within the government that rebel groups are aligning themselves with the Sudan People’s Liberation Army, or SPLA, in the south, he said.

The main refugee camp, Zam Zam, has doubled in size, said Bell. “For peacekeepers and humanitarian groups, there are huge challenges working with the government of Sudan — getting people, equipment and supplies into Sudan, you need approval of the government,” he said. But with the numbers of displaced people increasing so rapidly, it makes the situation even more challenging, he added.

The Khartoum government also continues to restrict humanitarian missions in the region. In January, the government told Catholic Relief Services, one of the main food suppliers to West Darfur, that it could no longer assure the group’s security. So CRS moved its workers to Khartoum, but on Monday — after the group went public about their situation — they received permission from the government to continue their work in Darfur.

The government also expelled the French aid group Medecins du Monde, or Doctors of the World, in February from the mountainous region of Jebel Marra in Darfur, accusing it of cooperating with area rebel groups.

Meanwhile, talks between some rebel factions and the government are continuing in Doha until mid-April, and one bright spot is two of the main rebel groups — the LJM and JEM — have agreed to negotiate as a single entity, said Bell. Part of the problem in the on-again-off-again talks is the fractious rebel groups have been unable to agree on their demands.

The main issues are security, compensation for Darfuris, how much authority a Darfuri government would have, and bringing perpetrators of crimes to justice.

If talks conclude without a resolution, negotiations might move domestically, to Darfur itself, on a more community and grassroots group level, said Jonathan Temin, director of the Sudan Program at the U.S. Institute of Peace.

“The ideal picture is for an agreement to come out of Doha, bring it to Darfur and get their endorsement,” making any necessary changes for implementation on the ground, he said.

The situation in Darfur is “not getting a lot of attention … but it’s not getting any better,” said Temin. “The problems remain and people feel like they’re being ignored.”

Since the government’s counter-insurgency campaign began against rebels in Darfur in 2003, an estimated 300,000 people have died and more than two million forced to leave their homes, according to the United Nations. Sudanese President Omar al-Bashir said the deaths are closer to 10,000. In March 2009, the International Criminal Court issued an arrest warrant for al-Bashir for alleged war crimes. 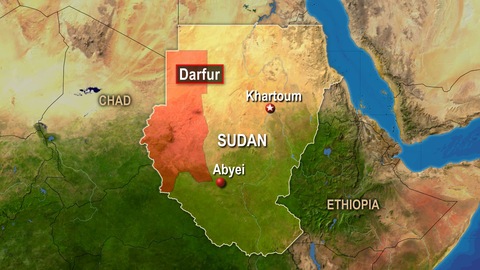 The town of Abyei, which lies on the north-south border splitting Sudan, has been the focal point of tensions between the largely Arab Muslim north and Christian and animist south.

The disputed oil-rich town of Abyei was due to vote in January on whether to stay with the north or join the south, but the vote was delayed indefinitely. Tensions in the region have sparked sporadic fighting, and in March clashes in Abyei left 70 people dead.

This week, the U.N. mission in Sudan’s chief commander, Maj. Gen. Moses Obi, told reporters in Khartoum that forces from both the south and north have been gathering weapons, such as rocket launchers and machine guns mounted on wheels, in Abyei. “We have seen all sorts of armed elements that ordinarily are not supposed to be there,” he said.

Temin said the stockpiling of weaponry appears to be a show of force. “I don’t think either side wants to go back to war, but both sides know if fighting breaks out it could escalate quickly, and they want to be prepared,” he said. “Each side is trying to signal to the other that they don’t want to back down.”

Princeton Lyman, who this week replaced Scott Gration as U.S. special envoy for Sudan, said he was heading to meetings in Ethiopia and Sudan on Saturday to discuss a range of issues connected to the south becoming independent on July 9, including the hot topic of Abyei.

“We have to try and ease this immediate security problem, but I don’t think we’re going to get the tensions really resolved until the people in Abyei know what’s going to happen to them, and particularly by July. Are they going to remain in the North, are they going to move to the South?” Lyman told reporters. “And that the Sudanese leadership has to address.”

The chances for an Abyei popular referendum appear to be dimming, and instead political parties representing the north and south would decide the fate of the town — whether it joins the south or sticks with the north.

But “the longer an answer to that question gets delayed, the higher the temperature in Abyei rises,” Temin said.

This story is a feature of our World page that takes a closer look at news we either missed or lightly reported on earlier in the week. Send us your ideas for other “stories we missed” @NewsHourWorld.