An EgyptAir airplane flying from Paris to Cairo with 66 passengers aboard crashed into the Mediterranean Sea early Thursday morning. Egyptian officials said they can’t rule out terrorism at this point.

The Egyptian army said Friday it had found wreckage from the aircraft and some of the passengers’ belongings in the Mediterranean Sea, about 190 miles north of the Egyptian city of Alexandria.

Flight 804 vanished from radar at about 2:45 a.m. local time after it entered Egypt’s airspace at an altitude of about 37,000 feet.

The plane, an Airbus A320, reportedly made several sharp turns before descending. It made a 90-degree left turn, then a full 360-degree right turn, dropping from 38,000 to 15,000 feet, just before disappearing from radar screens, said Greek Defense Minister Panos Kammenos.

Egyptian Civil Aviation Minister Sherif Fathi said at a press conference that the “possibility of a terror attack is higher than that of a technical error,” reported Egypt’s state-run newspaper Al-Ahram. 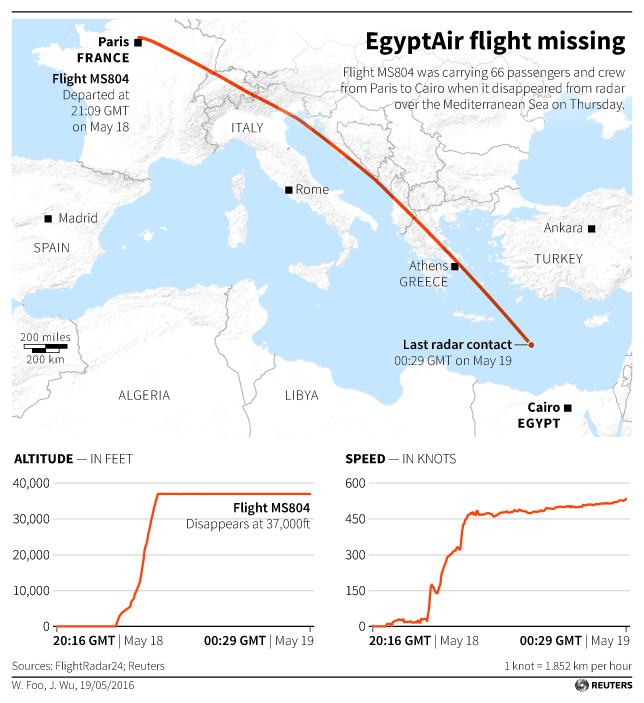 The pilot, who had more than 6,000 hours of flying experience, reported no problems while the airplane was cruising. The last contact the pilot made was about 10 minutes before the plane dropped off radar, Al-Ahram reported.

Friends and relatives gathered at Cairo International Airport and Charles de Gaulle Airport, where the airplane departed, to learn more. 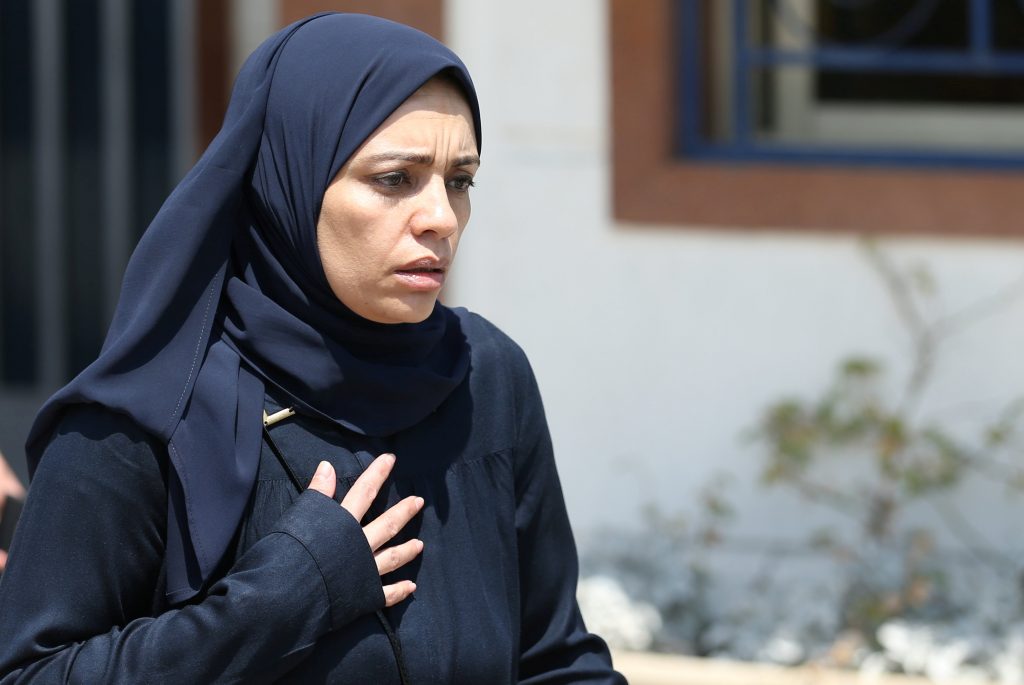 An unidentified woman waits outside an EgyptAir in-flight service building, where relatives and friends of passengers who were flying in an EgyptAir plane that vanished from radar en route from Paris to Cairo are being held, at Cairo International Airport in Egypt on May 19. Photo by Mohamed Abd El Ghany/Reuters

The passengers included 30 Egyptians, 15 French, two Iraqis, one Briton, one Kuwaiti, one Saudi, one Sudanese, one Chadian, one Portuguese, one Belgian, one Algerian and one Canadian. There were 10 crew members aboard.

The disappearance followed an incident in March in which an Egyptian man hijacked an EgyptAir plane and diverted it to Cyprus. The man was taken into custody, and no passengers were harmed.

Following the plane’s disappearance, the White House issued a statement from spokesman Eric Schultz, saying President Barack Obama was briefed on the situation and had asked to be updated throughout the day.

Deborah Hersman, chairwoman of the National Transportation Safety Board from 2009 to 2014 and now president of the National Safety Council, and Juan Zarate, deputy national security adviser for combating terrorism during the President George W. Bush administration, provided analysis on Thursday’s PBS NewsHour.

Left: An EgyptAir plane is seen on the runway at Cairo Airport, Egypt in this Sept. 5, 2013 file photo. Photo by Mohamed Abd El Ghany/Reuters