Aichatou Bako and her husband were jobless in the village of Tibiri, Niger, and they had to pull their five children out of school because they couldn’t afford the fees. They ate only once a day. “I had two (sets of) clothes. I (would) wear one and wash one,” she said.

Bako scraped together the equivalent of about 8 cents to join a local women’s loan program. She used her first loan of about $43 to buy two goats, who reproduced to six. She sold the first two goats and used the money to buy two cows, and bred them to get a total of four. Her small-scale livestock business has flourished since her initial loan in 1999, and her children now work with her. 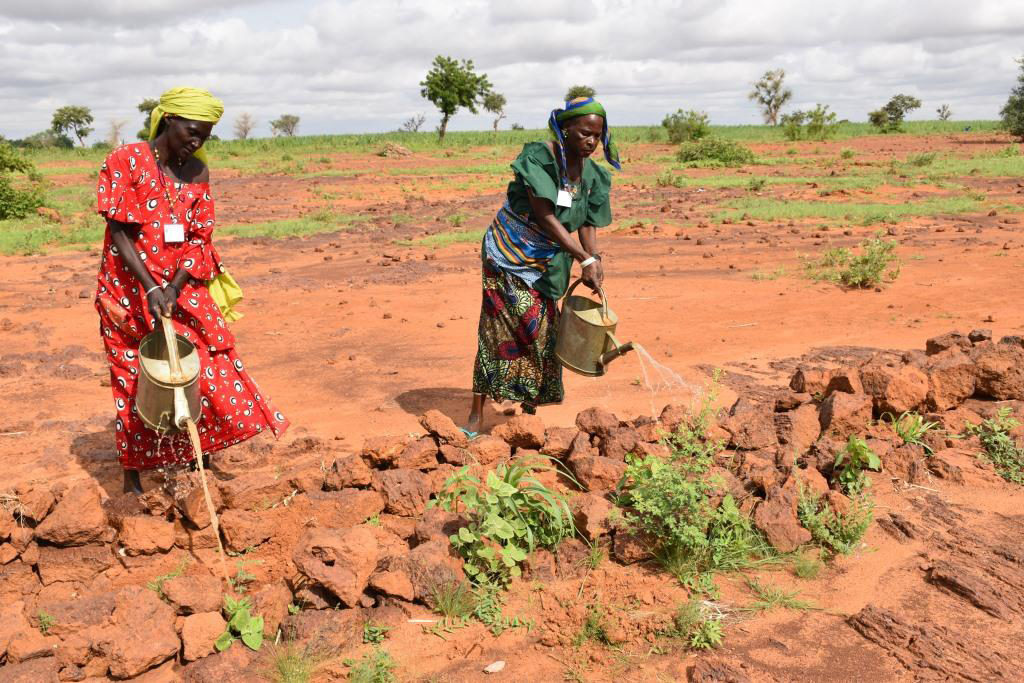 A women’s group in the village of Lawaye Hayi Himo, Niger, grows millet and peanuts. They use an irrigation technique of digging holes and lining them with compost to collect rainwater. Photo courtesy of CARE Niger

In 1991, CARE Niger launched a loan program, called Mata Masu Dubara or “women on the move,” to give women-managed households more economic security. The program started in the southern city of Maradi and has since spread across Niger and other parts of Africa.

With the assistance of CARE trainers, the women organize themselves into groups of about 30. They elect managers and meet weekly. 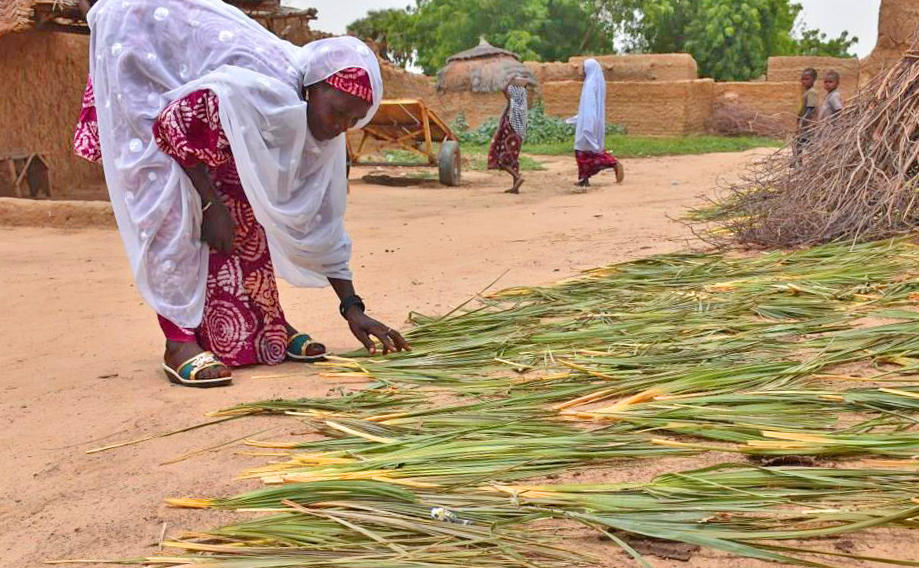 Latana Abdou from the village of Massaourari, Niger, cuts palm leaves to make rope. She used her loan to start a cattle-breeding business. Photo courtesy of CARE Niger

Members pool their savings, take turns making loans to each other, pay the loans back with interest, and then divide the profits. Borrowers pay about 5 percent to 10 percent in interest. They typically use the money to start businesses and pay for family needs, such as health care, school costs and food. 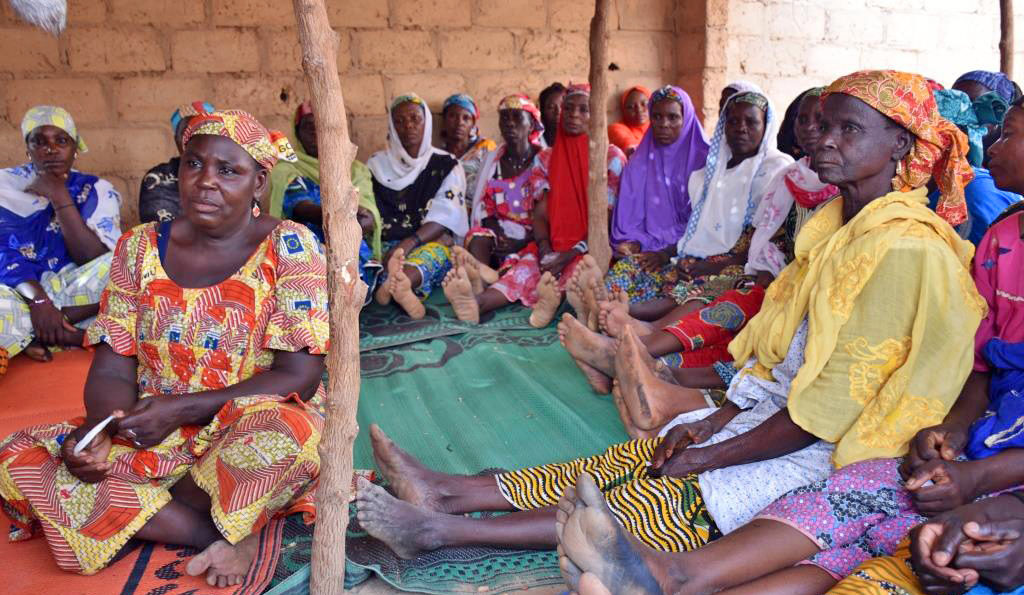 The women meet weekly under the Mata Masu Dubara loan program. It supports joint initiatives, such as a soap-making project in the village of Gidan Dawaye in southern Niger. Photo courtesy of CARE Niger

Issaka Hachimou of CARE Niger said the loan program is better than just handing out cash, because “it helps women to have self-esteem, financial literacy, lifestyles, economic and social empowerment.” The program, which fosters participation by women, also encourages women’s rights and has the potential to transform “unfavorable customs and traditions,” he said.

Bako said her thriving livestock business has generated a regular income for her family and helped her acquire several plots of land for farming and gardening. In addition, for the past six years she has served as a community counselor – an elected position in which she represents the community in a decision-making capacity – something she never would have done before becoming financially independent. “I was nobody then but now everybody knows me. … If you see me delivering a speech, you will never say I didn’t attend school.” 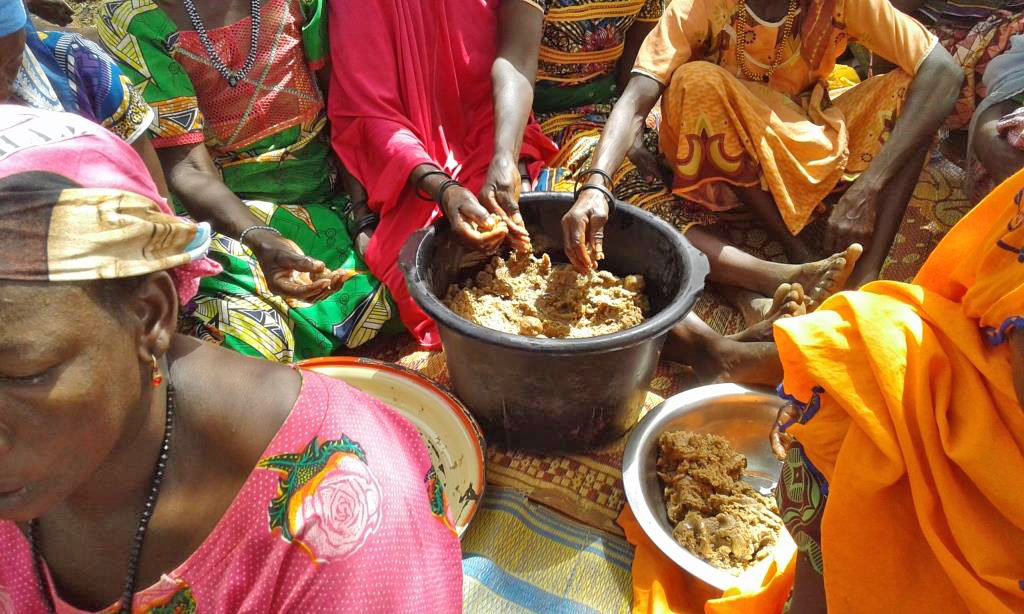 In the village Tounga Makoki near the capital Niamey, the loan program helped start a peanut oil factory. The women roast peanuts, grind them to extract the oil, and use the remaining paste to make peanut butter cakes, known as kouli-kouli. Photo courtesy of CARE Niger