Canada is scrambling to prepare temporary housing for an influx of people entering from the United States and seeking asylum.

Soldiers are setting up tents along the border while officials process the new arrivals.

RELATED: More people are entering Canada illegally, but no one knows for sure why

“We are aware of irregular border crossings by individuals who request refugee protection upon arrival in Canada,” the nation’s Immigration and Citizenship agency said in a Facebook post. “In some countries, messages have been circulating through channels such as WhatsApp which suggest that Canada is inviting individuals to seek refugee status here.

“In fact, the government of Canada discourages people from entering Canada outside of designated ports of entry as it can be dangerous and is a violation of the law.” The post links to the proper procedure to claim refugee protection. 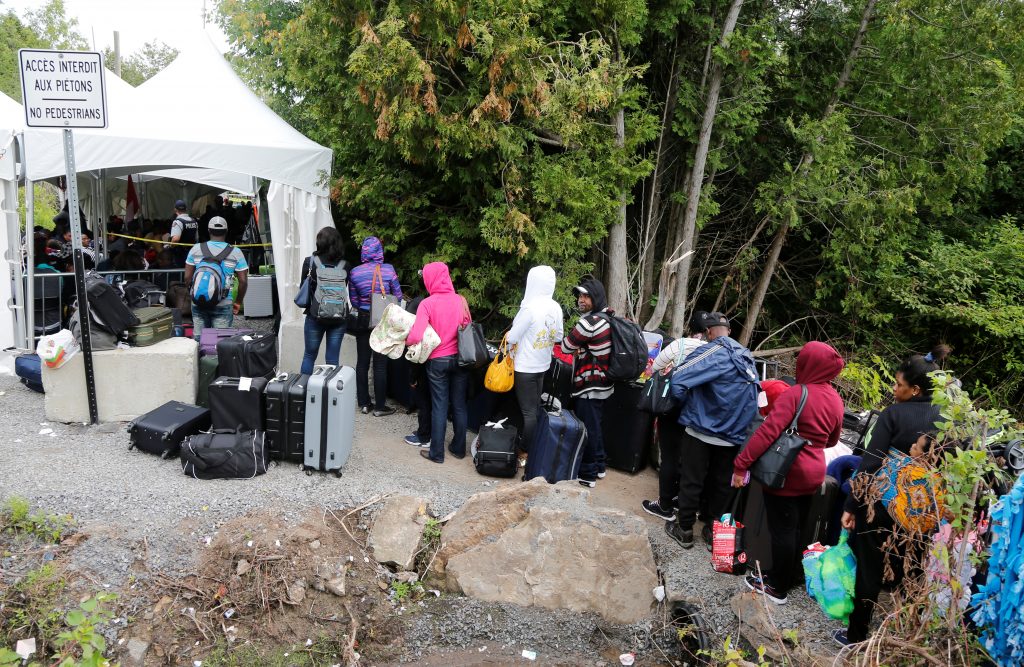 Haitians in particular are flowing into the country because their temporary protected status will expire in January, unless the Department of Homeland Security extends it. The U.S. granted Haitians the protection from deportation following the massive 2010 earthquake.

When renewing the status in May, officials said conditions in Haiti were improving so the program might not be extended again. 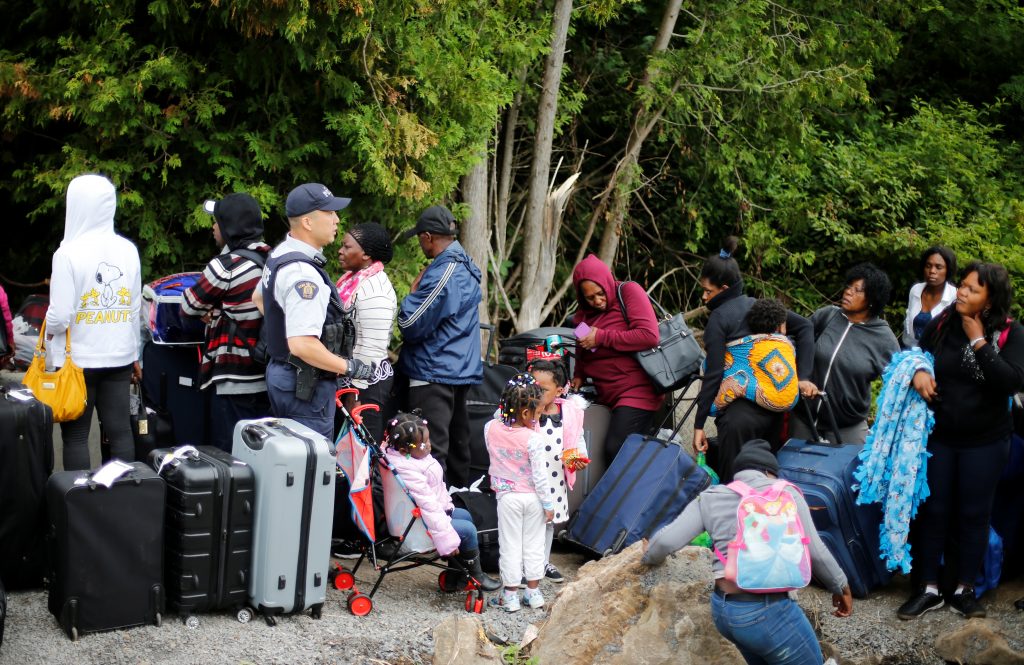 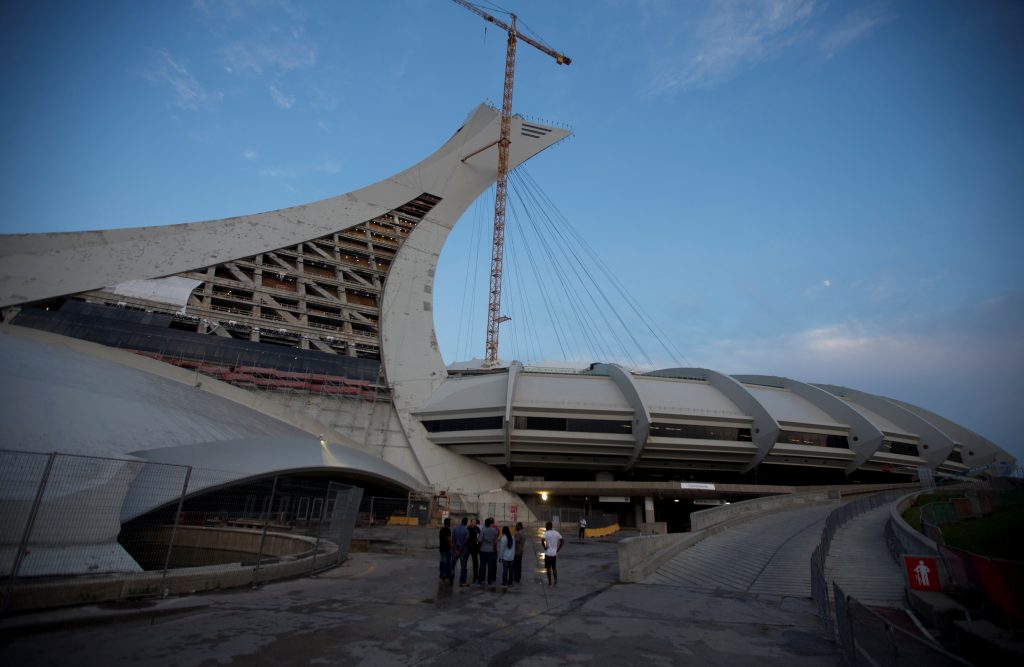 Olympic Stadium in Montreal is being used as temporary housing for asylum seekers. Photo by Christinne Muschi/Reuters 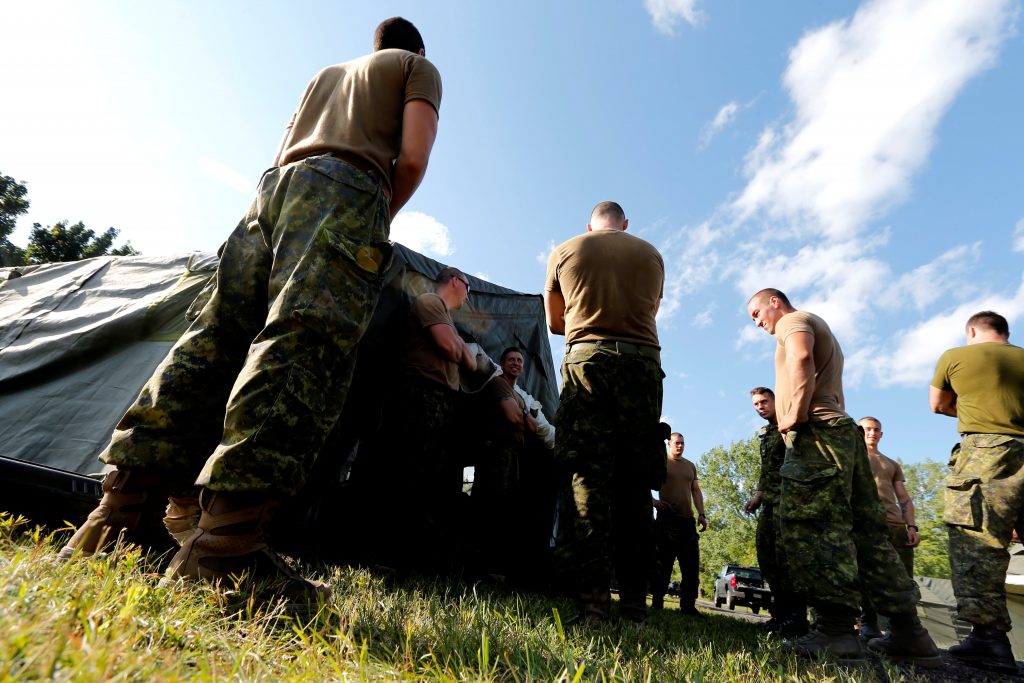 Members of the Canadian Armed Forces are erecting tents to house asylum seekers at the Canada-U.S. border in Lacolle, Quebec, on Aug. 9. Photo by Christinne Muschi/Reuters 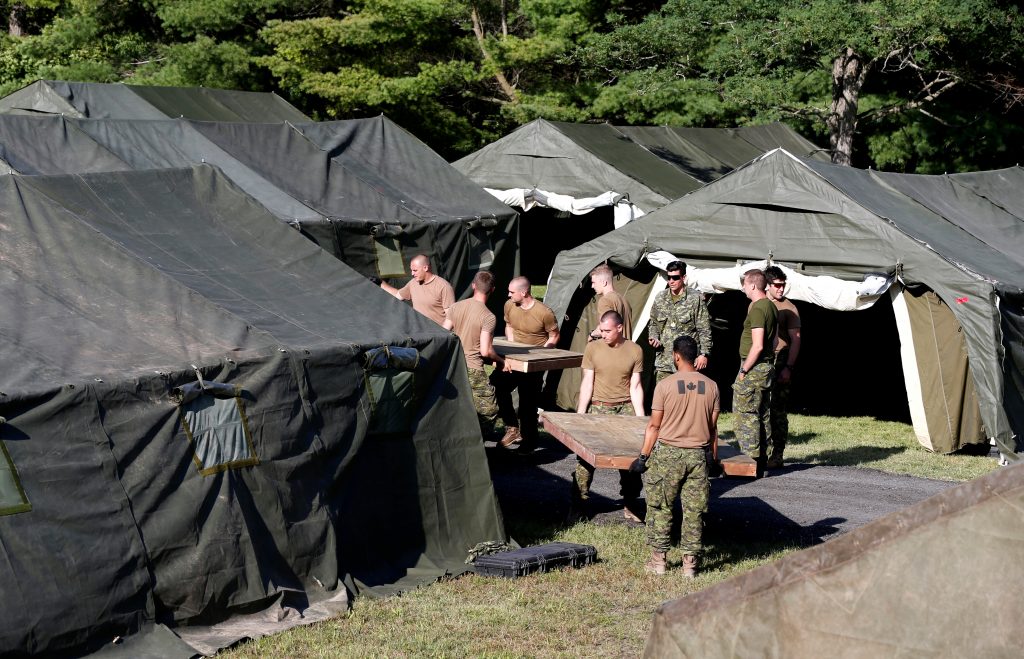 Members of the Canadian Armed Forces carry wooden flooring into the tents they set up for asylum seekers. Photo by Christinne Muschi/Reuters

Left: A line of asylum seekers who identified themselves as from Haiti wait to enter into Canada from Roxham Road in Champlain, New York on Aug. 7. Photo by Christinne Muschi/Reuters