Dana Freyer was in her law office in Times Square overlooking downtown Manhattan when the hijacked airplanes struck the World Trade Center towers in New York on Sept. 11, 2001. A couple of months later, the United States would lead an invasion of Afghanistan to free it of Taliban rule.

Freyer knew she had to do something for the country she had come to love decades earlier while working for the Afghan ambassador to the United Nations in the 1960s.

“When I witnessed the terrible destruction and the smoldering ashes, I thought about the country of Afghanistan and the total destruction it had suffered over 30 years of war,” she said recently by phone from New York. “I thought to myself, how can we rebuild that country and at least make something positive come out of this horrendous tragedy.”

Freyer knew the key was agriculture. She remembered driving through Afghanistan with her husband in 1972 — before the Soviets invaded and fought for a decade with Mujahedeen forces who eventually ousted them — and seeing the lush farmland and delicious fruits, such as apricots and grapes, for which Afghanistan was known throughout the world.

After the fighting, millions of refugees were returning home and didn’t have the means to rebuild the fruit orchards and grape vineyards that had been the driver of the economy in the 1970s, she said. While in the refugee camps, a whole generation had lost the art of farming.

After the terror of 9/11, Freyer and her husband got together with two Afghan-American friends. “None of us knew much about agriculture, but we knew the Afghan people and how vital agriculture was to the economy.”

In 2003, Freyer and her husband made an assessment trip to Afghanistan and founded the nonprofit Global Partnership for Afghanistan to help small farm holders restart their farm businesses.

The first projects were launched in 2004 to help 50 male farmers develop fruit orchards. The agreement with the village leaders was that in subsequent years, women also would participate in the projects and be owners of the newly restarted businesses, said Freyer.

The only condition in each of the 2,500 communities where GPFA has worked: It must have women agronomists and horticulturalists on staff to train the women farmers. 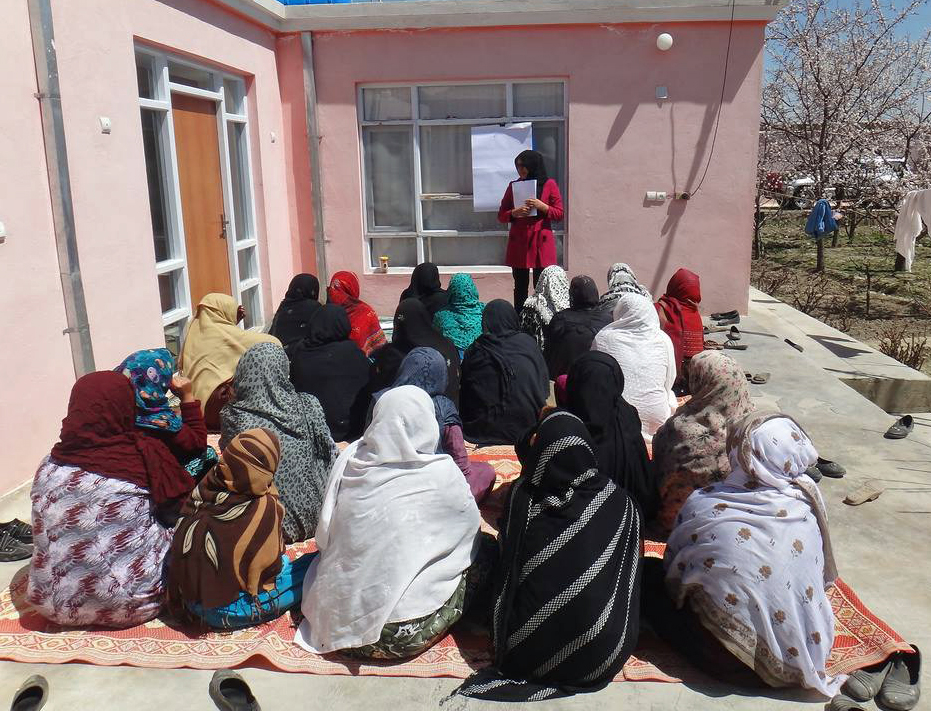 These farmers-in-the-making learn about starting their own businesses. Photo courtesy of the Global Partnership for Afghanistan

Now, of the 30,000 farm business owners who GPFA has helped, more than one-third are women. “It’s an astonishing number considering that we have been working in many of the most conservative areas of rural Afghanistan,” Freyer said.

As fighting intensified during the U.S. and NATO occupation, GPFA had to suspend its operations in some areas where the insurgency was active. The staff returned once conditions were safe again.

“We were able to work in many areas where others were afraid to work,” said Freyer. Since the staff came from the communities, they were known to the local leaders and had their support.

GPFA provides farmers with training, seeds, saplings and fertilizer, but it doesn’t charge participants — with one exception: The growers of poplar woodlots for construction repay GPFA in cuttings, which the group then uses to reinvest in other farming projects.

In 2012, it became apparent that the biggest hurdle for growing the small farm businesses was the lack of access to large markets to sell their goods, and women in particular were suffering, said Freyer. So the organization received funding from the State Department to work with more than 1,000 women producers and farm businesswomen to help link them to markets. GPFA’s Women’s Catalyst Fund, established in 2013, continues that effort.

The women’s participation has helped increase the family’s income and had wider effects, said Freyer. “They send their children to school, they’re a force for stability in their communities, they stand up to insurgents and they gain the respect of the men in their community.” 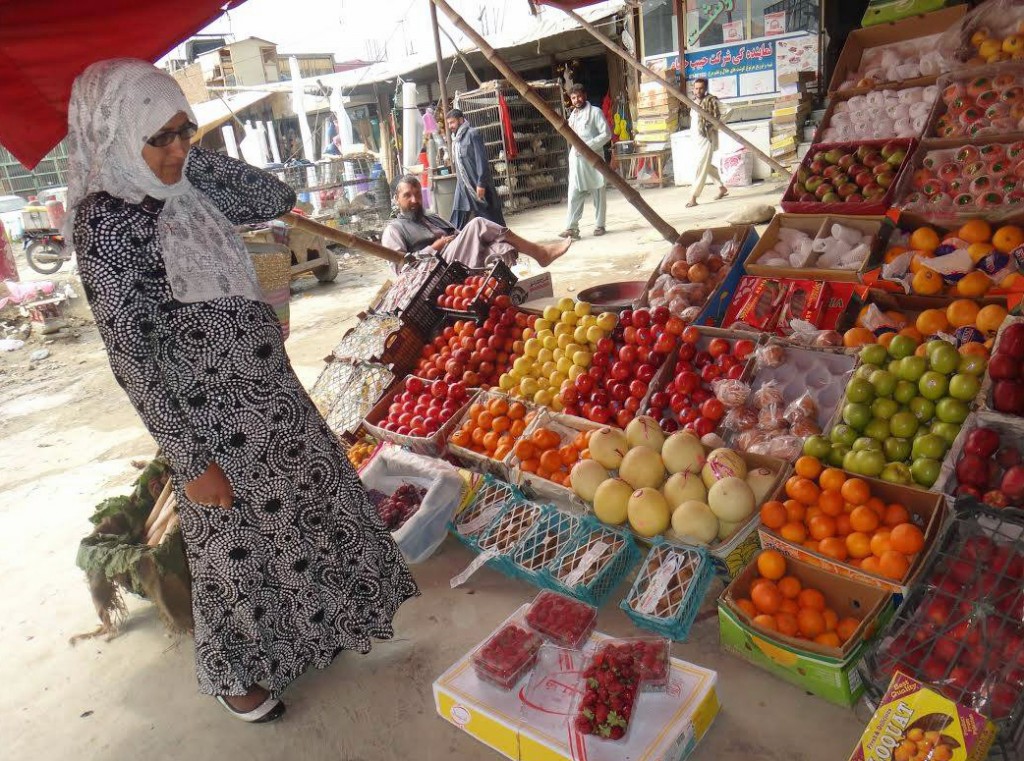 One of the critical factors in redeveloping Afghanistan’s agriculture economy is to establish links between farmers and markets. Photo courtesy of the Global Partnership for Afghanistan

Now, the challenge is what to do after U.S. combat forces leave at the end of this year and development funds dwindle.

To address the looming funding gap, Freyer said GPFA hopes to enlist Afghanistan’s young generation of educated entrepreneurs to maintain and establish even more delivery systems between the farm businesses and markets for their produce.

“The situation in Afghanistan today really has accelerated the need for us to think creatively about how we can support the local economy even more broadly by supporting the local businesses that are seeking to do what we have been doing with donor funds,” said Freyer.

And now that Afghanistan has a newly elected government in place, groups such as Freyer’s are waiting to see how stable the country will be. “The signs are good so far,” she said. “The fact that there was a peaceful transition of government and there is a unity government is nothing short of remarkable. It’s probably the only country in conflict that’s been able to affect that. It should be praised and supported.”

Left: The nonprofit Global Partnership for Afghanistan has a mission of improving farmers’ livelihoods. Photo courtesy of the GPFA