Will lessons learned from the 2014 Ebola outbreak prevent more deaths in Congo?

When Ebola cases appeared this month in the Democratic Republic of Congo — first in a rural area and then more dangerously in a city last week — international health agencies were better equipped to respond than during the crisis that unfolded four years earlier.

As of Monday, Congo’s Ministry of Health reported 46 Ebola cases, including 26 deaths. Six cases, including four confirmed, are reported in Mbandaka, a city of 1.2 million in the western part of the country along the Congo River.

The outbreak “entered a new phase” once it moved from a rural area into the city of Mbandaka, said Dr. Oly Ilunga, Congo’s minister of health. 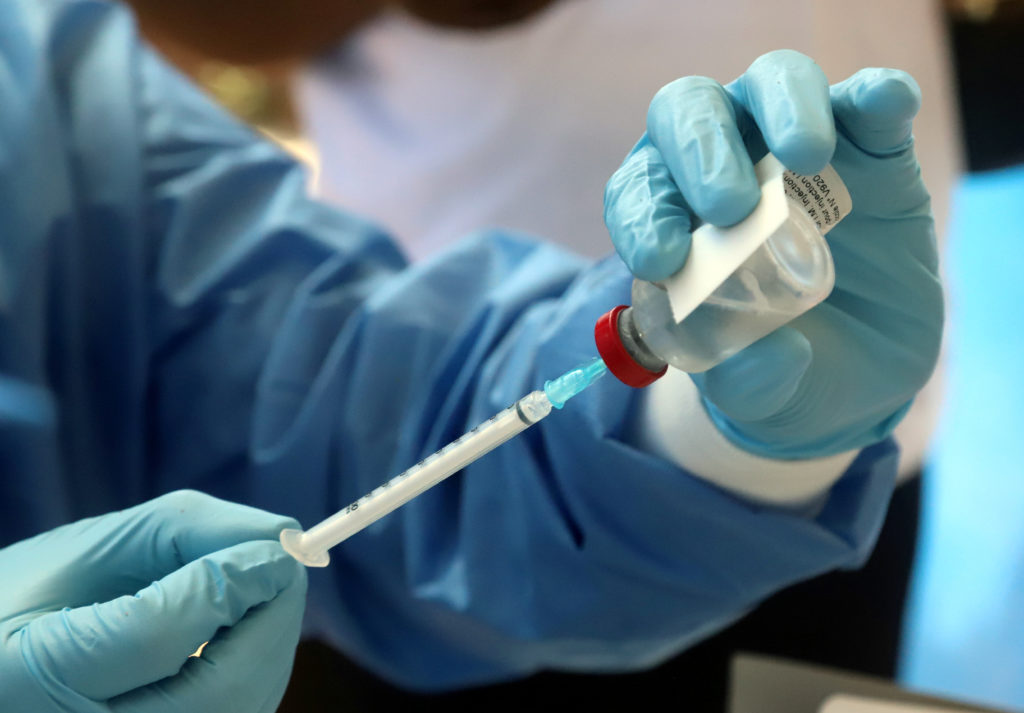 A World Health Organization worker prepares to administer a vaccination against the Ebola virus in the city of Mbandaka, Democratic Republic of Congo, on May 21. Photo by Kenny Katombe/Reuters

People with the Ebola virus have a sudden fever, muscle pain and headache, followed by vomiting, diarrhea, rash and bleeding, such as from the gums and in the stool. Ebola — highly contagious once symptoms appear — is transmitted after direct contact with bodily fluids of a person sick or dead with the virus and is often fatal if left untreated with oral or intravenous fluids. Symptoms usually emerge within eight to 10 days, but could occur as soon as two days or as late as three weeks, according to the Centers for Disease Control and Prevention.

The spread of Ebola in West Africa in 2014-2016 was the largest known outbreak of the disease since its discovery in 1976. More than 11,000 people died before the virus could be contained.

This time, health agencies are hoping to quell the crisis before it can spread within Congo and elsewhere. Medical teams began vaccinating people in Congo Monday using the “ring” method; in other words, a more targeted campaign. Rather than vaccinating the whole population, health workers vaccinate those who are in immediate contact with the patient and the people they contacted.

Salama also tweeted his thanks to the distribution teams:

Experts from #Guinea have arrived in Mbandaka, #DRC – they bring invaluable expertise in conducting ring vaccination for #Ebola. Thank you #Guinea for the solidarity to save lives. pic.twitter.com/VzYFhVeV5x

More than 7,500 doses of the vaccine were shipped to the city of Mbandaka and surrounding area from American pharmaceutical company Merck. “We need to act fast,” Salama said.

“It’s concerning that we now have cases of Ebola in an urban center (in Congo), but we are much better placed to deal with this outbreak than we were in 2014,” WHO Director-General Dr. Tedros Adhanom Ghebreyesus said Monday at the start of the World Health Assembly in Geneva.

Last week, WHO elevated the Ebola health risk to “very high,” but decided it did not rise to the level of a full-fledged Public Health Emergency of International Concern.

Declaring a public health emergency would trigger coordinated international action and would require WHO to issue response guidelines to countries, which are reviewed every three months, said WHO spokesman Tarik Jasarevic. The last time WHO declared such an emergency was for the 2016 Zika virus.

“The response from WHO has been more decisive and rapid” this time around, with WHO director-general Tedros visiting Congo just days after the first reported cases, said Dr. Tom Inglesby, director of Johns Hopkins’ Center for Health Security.

Since 2014, WHO created a Health Emergencies Program to shorten its response time to calamities and coordinate with other organizations.

In the recent Ebola outbreak, WHO coordinated with the country’s Ministry of Health, Africa Centers for Disease Control and Prevention, along with governmental donors and nongovernmental agencies such as Doctors Without Borders working on the ground. “That kind of coordination was not present at the start of the 2014 Ebola response,” Inglesby said. 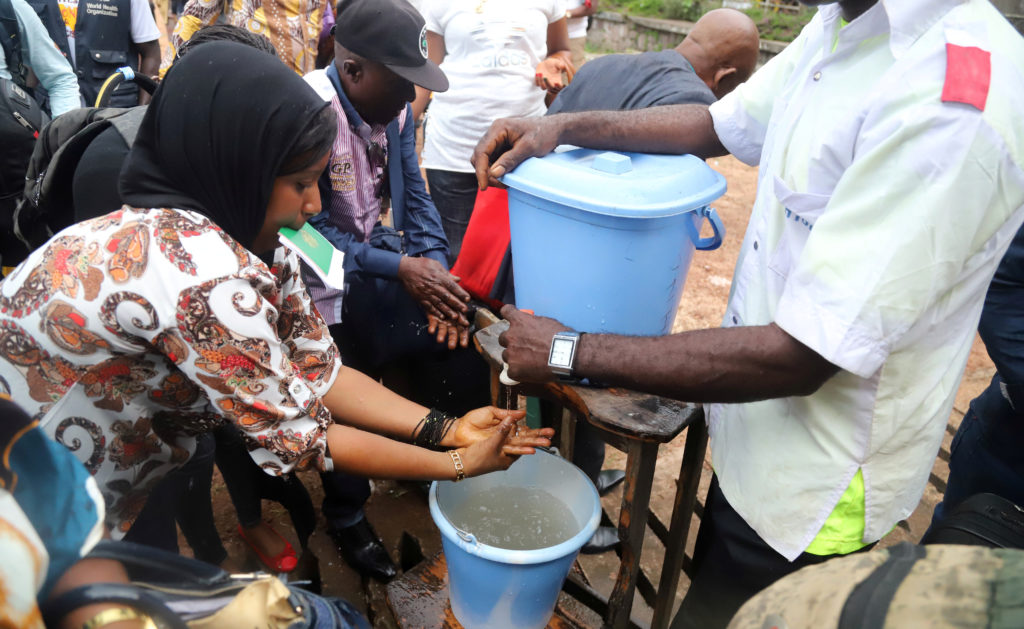 A Congolese health worker instructs residents about washing their hands as a preventive measure against Ebola in Mbandaka, Democratic Republic of Congo, on May 19. Photo by Kenny Katombe/Reuters

WHO also created a flexible emergency fund, allowing access to up to $500,000 in the first 24 hours before other emergency funds can be secured, Jasarevic said. Last year, with $2 million, WHO contained an outbreak in Ebola, also in Congo, that culminated in four deaths. “In contrast, the Ebola outbreak in West Africa in 2014 resulted in more than 11,000 deaths and cost more than US$3.6 billion to contain,” he said.

International organizations also learned how important it was to control population movement to reduce the risk of transmission, including supervising entry and exit points, said Aki Yoshino, DRC Migration Health Program coordinator for the U.N. International Organization for Migration.

Over the weekend, IOM helped Congo’s Ministry of Health put medical personnel at 16 entry points along the border to prevent the spread of the disease.

If someone has a temperature of over 100 degrees Fahrenheit, the person is isolated and checked for further Ebola symptoms. Those with symptoms are sent to nearby hospitals, where an Ebola medical management team can treat them, Yoshino said.

Overall, WHO has been more transparent, providing regular updates on its website and Twitter feed, including considering worst-case scenarios, Inglesby said. “That kind of direct communication about the seriousness of the threat wasn’t so evident in the early response to Ebola,” he said.

“Of course, it is very early yet, and it is not clear what direction this epidemic will take. And there are many things that could go very badly, particularly if other cases appear in big cities,” Inglesby said. “It will be important to keep communicating daily, top scientists and public health officials are involved in strategy and implementation throughout, and ensuring enough resources are brought to bear.”

Left: A health worker sprays a visitor with chlorine after leaving the isolation facility, prepared to receive suspected Ebola cases, at the Mbandaka General Hospital in the Democratic Republic of Congo on May 20. Photo by Kenny Katombe/Reuters