WATCH LIVE: 300 people are reported dead and another 600 missing after torrential rains led to a dangerous mudslide in Sierra Leone. NewsHour sits down with Idalia Amaya, head of programs for Sierra Leone at Catholic Relief Services to discuss aid efforts in the region. Have questions? Drop them in the comments below.

Many remained buried in their homes Tuesday after a massive rain-induced landslide tore through a town near Sierra Leone’s capital Freetown. At least 300 people were killed and 600 missing from the flooding and mudslides, according to the Red Cross.

In addition, at least 6,000 people were made homeless from the onslaught.

“We are also fearful of outbreaks of diseases such as cholera and typhoid,” from the flood waters, Sierra Red Cross Society spokesman Abu Bakarr Tarawallie told Reuters. 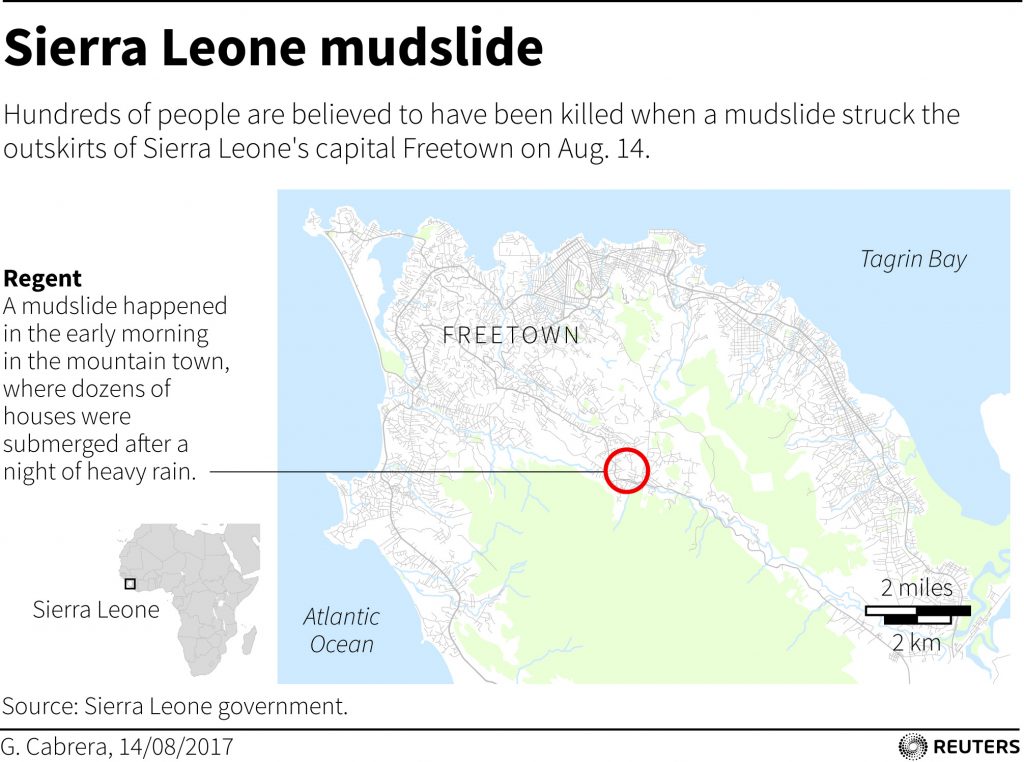 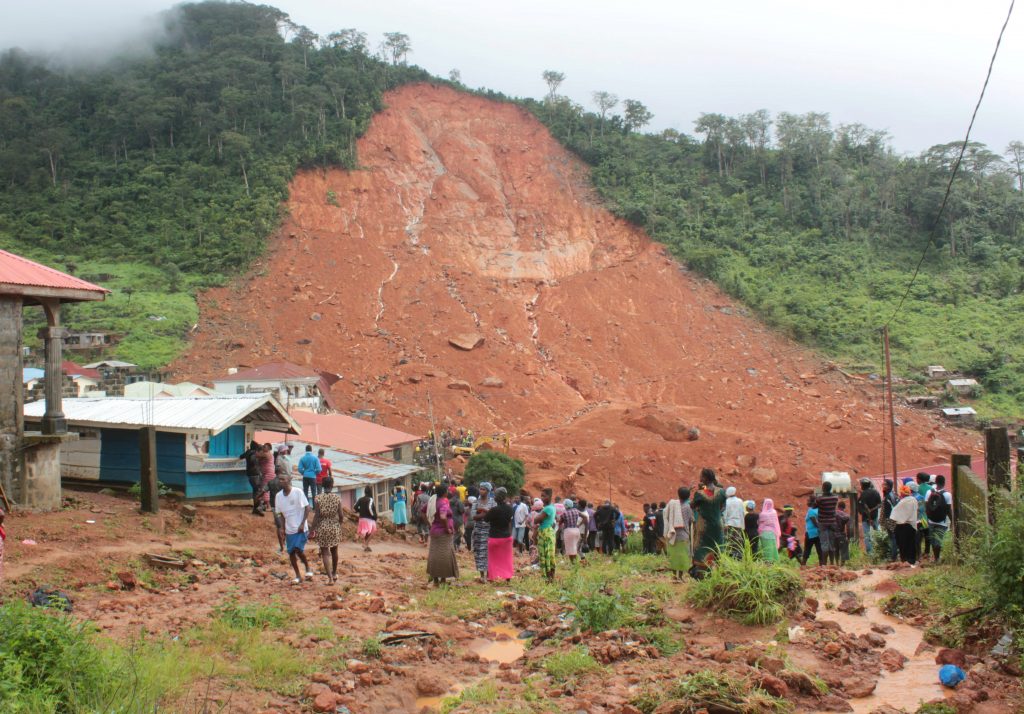 Residents survey the damages from a mudslide in the mountain town of Regent, Sierra Leone, on Aug. 14. Photo by Ernest Henry/Reuters 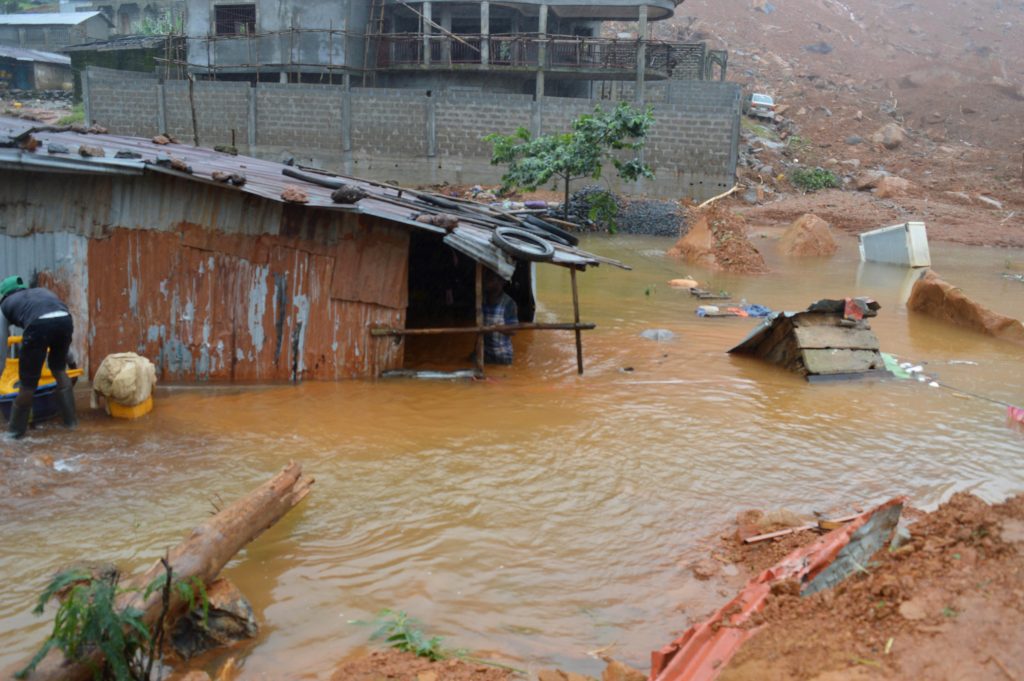 Residents save belongings in the floodwaters in Regent. Photo by Ernest Henry/Reuters 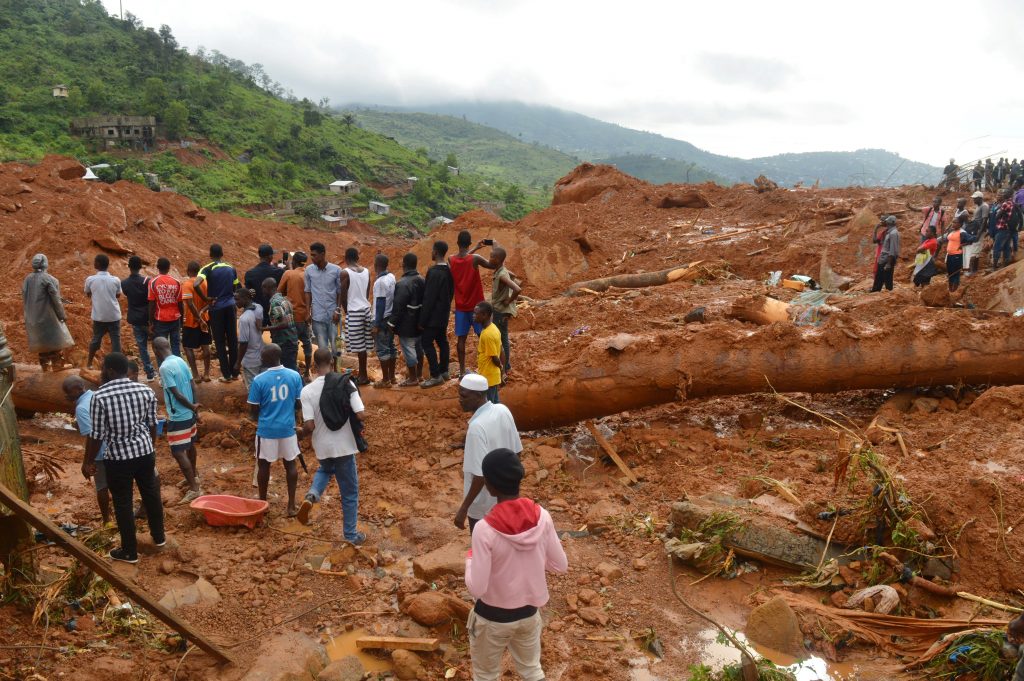 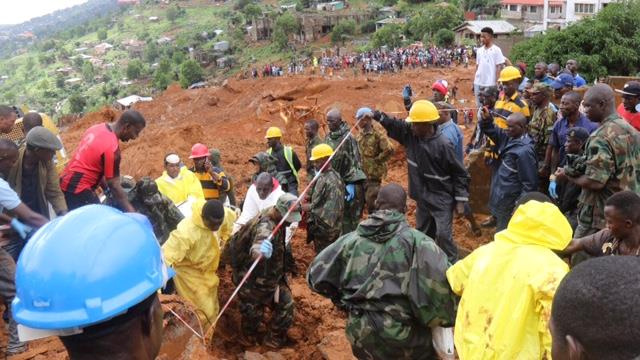 About 600 people are missing in the flooded region of Sierra Leone. Photo from Red Cross/Handout via Reuters