Journalist Paul Salopek explores the wonders of the Silk Road

National Geographic fellow Paul Salopek is retracing our ancestors’ ancient migration route out of Africa and around the world — on foot. The latest leg of his 21,000-mile, multi-year journey took him across the stunning and bitterly cold mountains of Central Asia, through Kyrgyzstan, Tajikistan and Afghanistan.

The Afghanistan Salopek saw this time was remarkably different than the one he covered at the beginning of the American war there, he tells the PBS NewsHour’s Hari Sreenivasan on Tuesday’s broadcast. 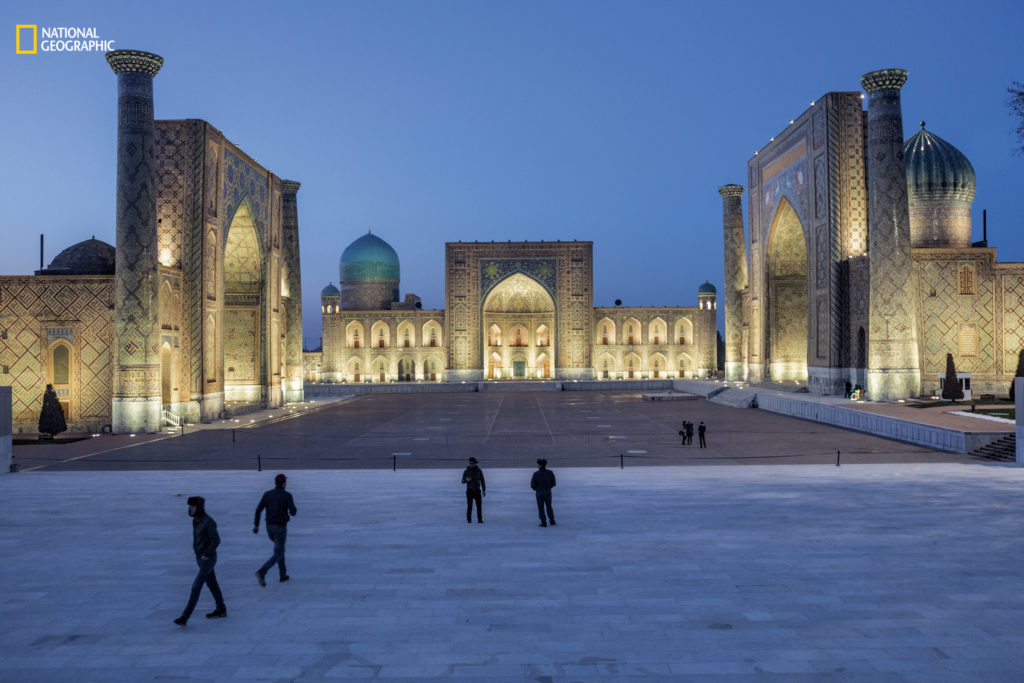 The Registan is the square in the heart of the ancient Silk Road hub of Samarqand, now a World Heritage site in Uzbekistan. Restoration of its medieval architecture began decades ago under the former Soviet Union and continues today. Photo by John Stanmeyer/National Geographic

“It’s a wild, pristine, almost unknown Afghanistan to the outside world where people are carrying not guns but shovels, where men are digging holes not to plant [improvised explosive devices] but to create traps for snow leopards, and women aren’t wrapping their faces in purdah (a curtain) except to bake bread in smoky ovens,” he said. 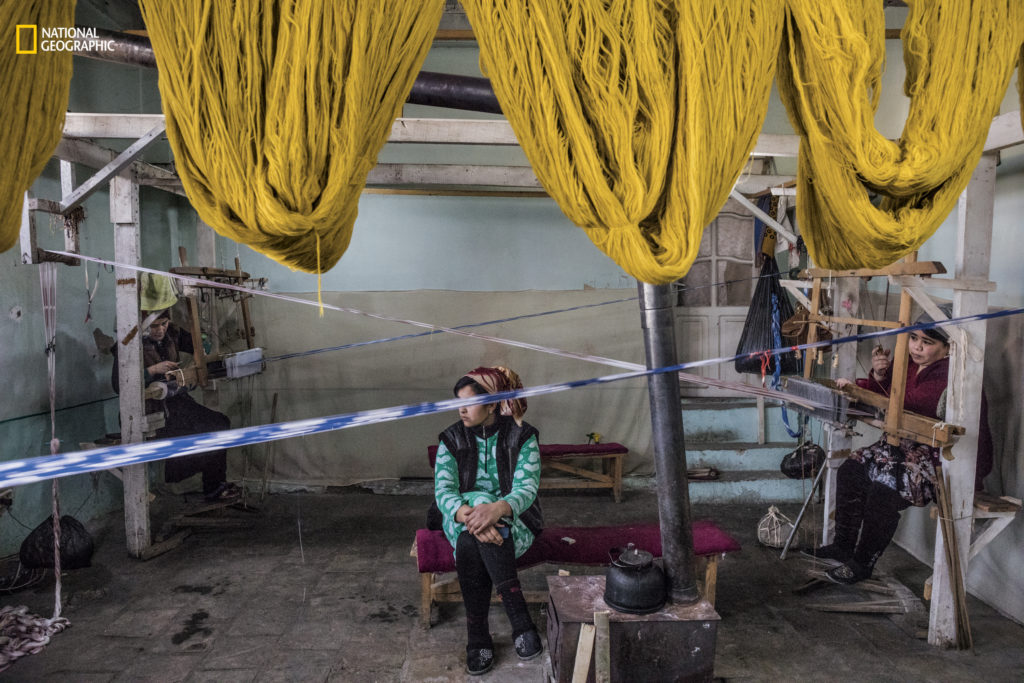 Women weave silk at the Margilon Crafts Development Center in Margilon, Uzbekistan, a way station on the Silk Road. The center was established in 2007 to preserve and revive traditional crafts such as carpet weaving, block printing, and embroidery. Classes are also taught on how to breed silkworms and create textiles. Photo by John Stanmeyer/National Geographic

You can catch up on his previous explorations here:

Last June, Salopek described how someone had dug up his resupply cache and stolen his water. “Local shepherds would probably never do that. They know how valuable water is. So I don’t know who took it. My walking partners at the time and I had to resort to using the satellite phone to call in for help.”

In 2016, three years into his journey, Salopek was reflective: “I think these long solo passages, these kind of adagio passages, if you look at the journey as music, will hopefully allow me to reflect on where we continue to walk.”

In November 2015, Hari Sreenivasan joined the walking team in the country of Georgia, where the discovery of a skull of an ancient ancestor of modern man told the story of their point in evolution.

“You have got to be crazy,” a local Georgian man said when Salopek told him he had walked from Africa, “and there was laughter around that table.”

Read about all of his adventures and his latest travels at National Geographic.