In Kenya, the cost of living is high and groceries are no exception, says start-up entrepreneur Peter Mumo. The high prices are motivating young people to get into farming, not only to supply food for themselves, but because they see it as an economic opportunity and “they want to make money.”

Mumo, 28, grew up with five brothers in a poor village in eastern Kenya. His father was a primary school teacher and his mother stayed at home to care for the children, who worked in the fields growing food for the family.

“We did not have access to many things, like clean water, electricity, or proper roads,” he said.

His parents couldn’t afford much food or clothing. Christmas was the one time of year they could look forward to getting new clothes.

Believing that education is the key to a better life, Mumo attended high school and later Moi University in western Kenya. He then worked with a pesticides company based in Nairobi, where he interacted with farmers and got to know their challenges. 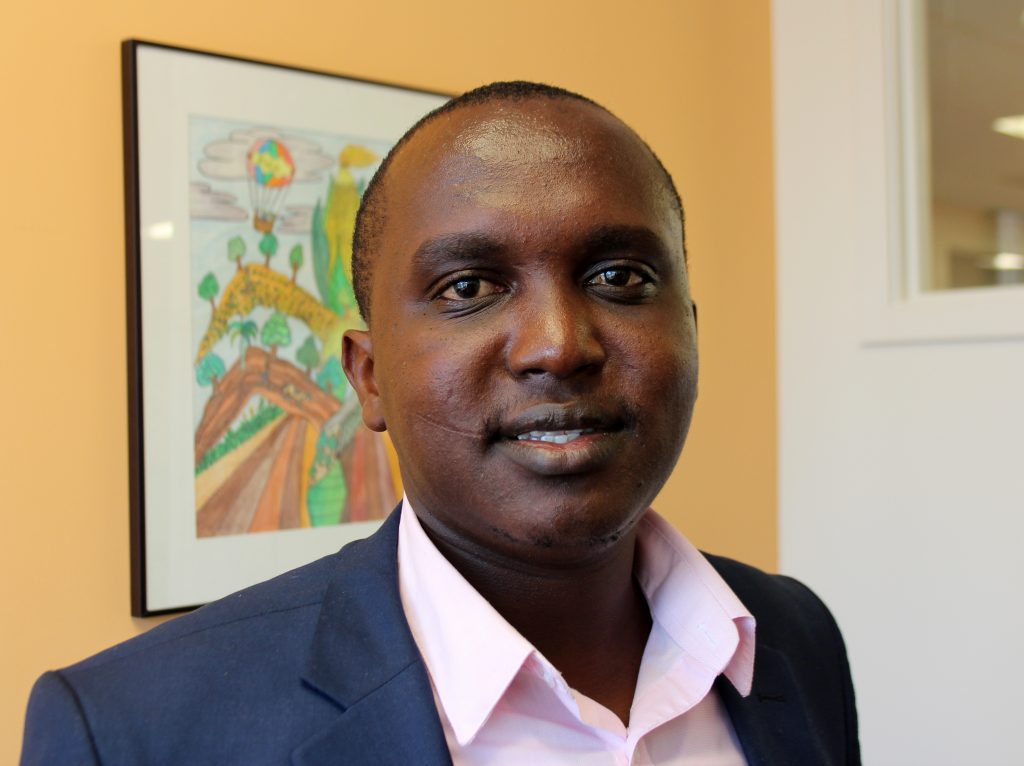 Mumo started a business called Expressions Global Group, which helps young career farmers get advice from local agronomists on what to grow, the types of seeds, pesticides and fertilizers to use, and which times of year to plant. The network now includes about 20,000 farmers across Kenya and 300 part-time agronomists.

“We advise them to grow crops based on their geographical locations,” since some crops do better in certain regions than others, said Mumo. Farmers have a tendency to want to grow maize, or corn, even in regions of low rainfall because it’s a staple food. But corn needs a lot of water, so his company encourages the farmers to grow other vegetables, like sorghum.

Sorghum is a versatile grassy plant whose grain can be used as food, animal feed and even biofuels. And it’s a hardy crop that can grow in arid climates. The farmers can feed their chickens with it, and then sell either the eggs or the poultry meat, Mumo said.

“Our focus is to ensure that when farmers come to us, they are able to get information to help them make the right decisions on production, sustainability and returns. How much are they getting from their ventures? How much are they going to influence the economic well-being of the country? We’re trying to optimize production, supply and use of resources in farming.”

Mumo was one of 1,000 Africans selected this year to receive a Mandela Washington Fellowship under President Barack Obama’s Young African Leaders’ Initiative. When he got the call that he was accepted, “it was one of the most exciting days of my life.”

The program included six weeks of business training at Drake University in Des Moines, Iowa. Mumo also received a grant of $25,000 to launch an initiative to help communities store water in large plastic tanks to help them survive the dry season. The money will go toward buying supplies in bulk, which makes it cheaper, and marketing the product, he said.

“Talk to as many people as possible. Look for mentors, build networks and you will grow.” — Peter Mumo’s advice to young entrepreneurs

The tanks can be used by individual families and come in larger sizes for schools, hospitals and whole communities, he said. The water runs off roofs and is cleaned with chlorine tablets after it’s been stored for a while.

Mumo said he wants to put his business online and start looking for newer markets in other countries, including Uganda and Tanzania, but tailored to their needs.

Kenya has had its own series of problems. It suffered post-election violence in 2007-2008 and a highly publicized attack in 2013 by gunmen at the upscale Westgate shopping mall in Nairobi. Since then, security has been beefed up in the country and a new constitution is in place, he said. “I think it was an opportunity for the country to scale up surveillance capabilities. … It’s now a safe place to work and visit and do business.”

Mumo’s hometown, which is about two hours from the capital Nairobi, has improved as well. It now has electricity, piped water and jobs that produce a better income, said Mumo. “With increasing population, there’s access to more consumers, so businesses are slowly growing.”

His advice to other young entrepreneurs: “One, if you have an idea out there, start and share it with people. Talk to as many people as possible. Look for mentors, build networks and you will grow.”